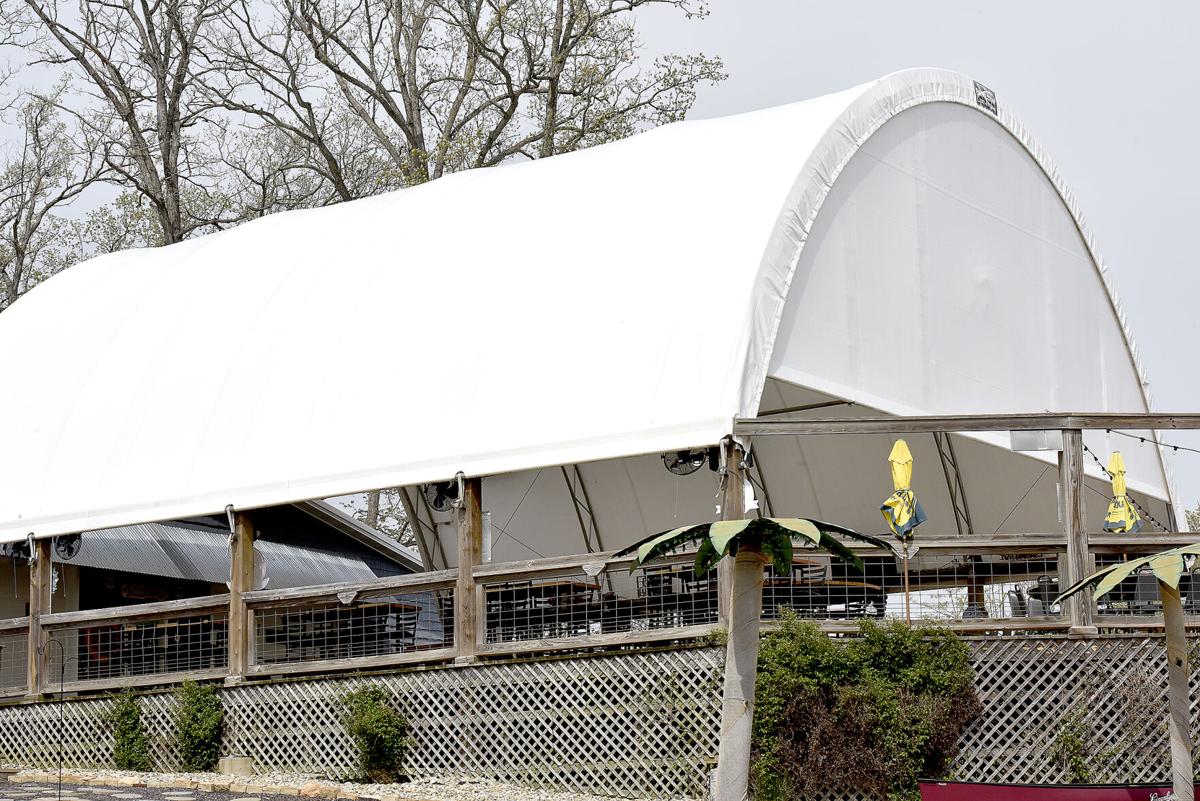 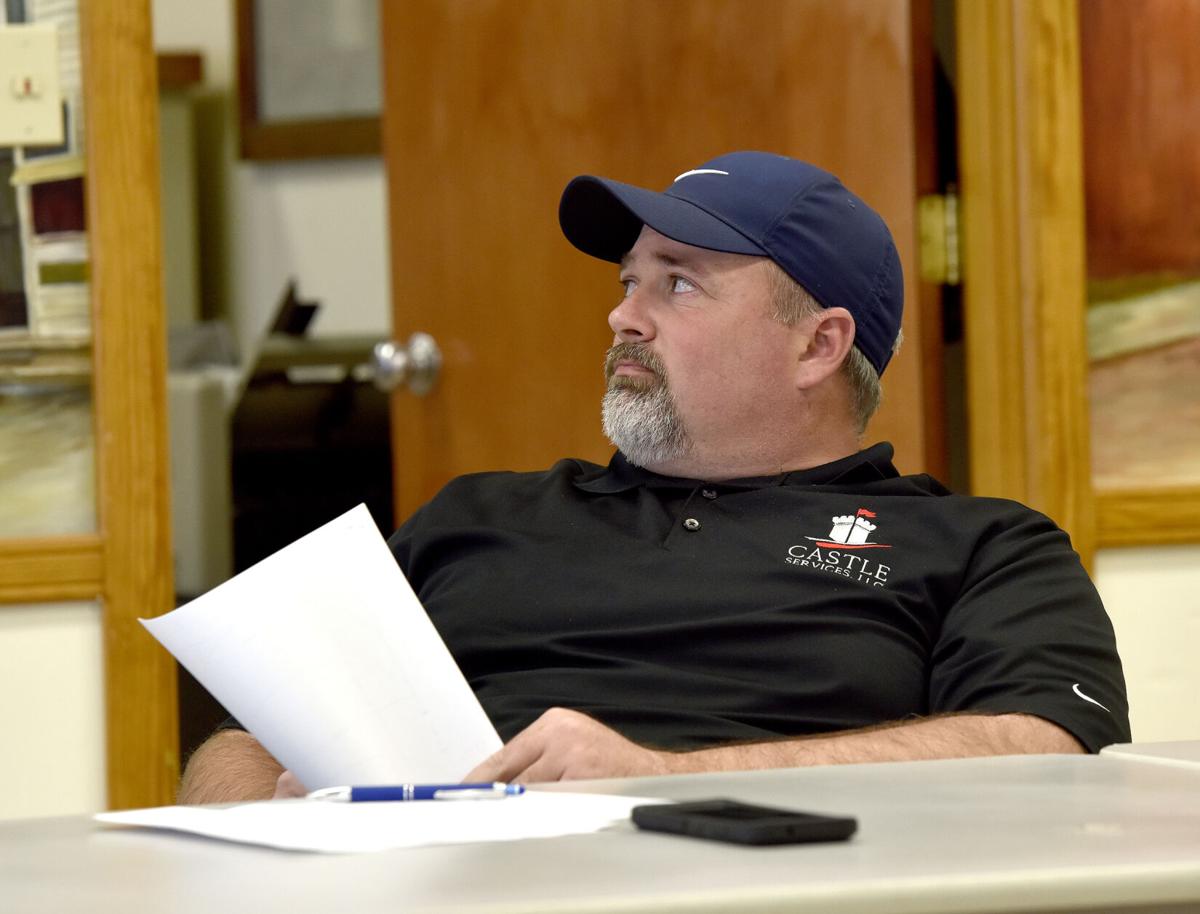 Altamont Mayor Jason Rippetoe examines a photoshop composite of a proposed structure to be located between The Whistle Stop Saloon and Luke’s Bar and Grill.

Altamont Mayor Jason Rippetoe examines a photoshop composite of a proposed structure to be located between The Whistle Stop Saloon and Luke’s Bar and Grill.

ALTAMONT — The Altamont City Council members this week decided not to act on an ordinance that would allow a bar owner to construct a building on property behind his business.

Three council members couldn’t reach a vote to approve or table a variance ordinance for an accessory structure requested by Mark Workman, owner of The Whistle Stop Saloon. Commissioners Dan Milleville and Todd Slingerland were not present for Monday’s council meeting.

Workman wants to place a structure on property he owns behind his business that has a property line bordering Luke’s Bar and Grill in downtown Altamont.

“I would like to wait until the rest of the council is here,” Commissioner Tayler Polk said. “It’s not that I’m against it. I would rather have the full council make this decision next month.”

The ordinance came before the council after a regularly scheduled zoning board meeting on Tuesday, April 20, that was extended into Wednesday, April 21, for a public hearing.

The council had concerns.

“What is this condition of adding a fence along the north lot line? What type of fence?” Mayor Jason Rippetoe asked Workman.

Workman said he was looking at fences that would serve his purpose. He said he likes the one behind Gopher’s Grill of Effingham and the structure is like one being used by Pinky’s at Lake Sara.

“I want to put a nice looking fence up and make sure it’s sturdy,” Workman said. “I would like to have a gate where I can open, close it or lock it.”

Rippetoe asked Workman how high the fence would be.

“I want it high enough to where the air is flowing, probably around six foot,” Workman said.

Workman wanted the council to make a decision about the structure on Monday.

“I hate to put you in a pickle, but I am not willing to make that decision tonight,” Polk said. “You’re going to have a hard time changing my mind. I’m not going to be bullied into making a decision.”

“I would like to hear the missing council members thoughts and concerns,” Polk added. “It’s a big decision and I think all board members need to be here to decide. Just because the zoning board gave you a variance doesn’t mean we (city council) have to approve it.”

Polk wanted to put a motion on the table to table the request until next meeting and Walker made a motion to approve the project. Neither motion got a second vote to move it forward, leaving the matter undecided.

Workman said he was going to check with his contractor to see if he could hold the price in light of an expected increase on May 4 and contact City of Altamont Clerk and Treasurer Sarah Stephen with his findings. At that time, Workman would decide whether or not to continue the project.

Meanwhile, the council approved a project authorization in the amount of $4,000 for a subdivision boundary survey for the Town and Country subdivision by Milano and Grunloh Engineers of Effingham.

During public comments, Altamont resident Terry Plowman requested to have the use of side-by-side vehicles in the city on the next meeting agenda.

A rough drawing of what a proposed structure to be located between the Whistle Stop Saloon and Luke's Bar and Grill in downtown Altamont.