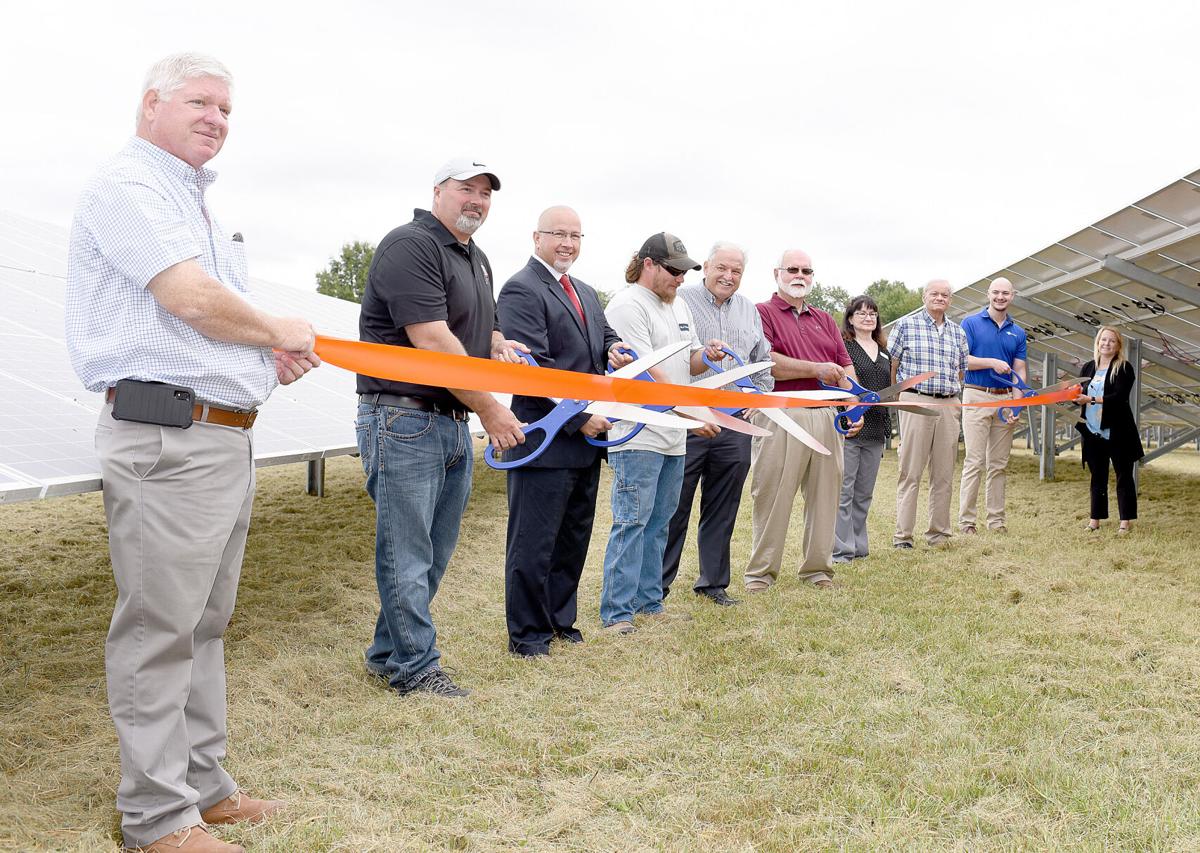 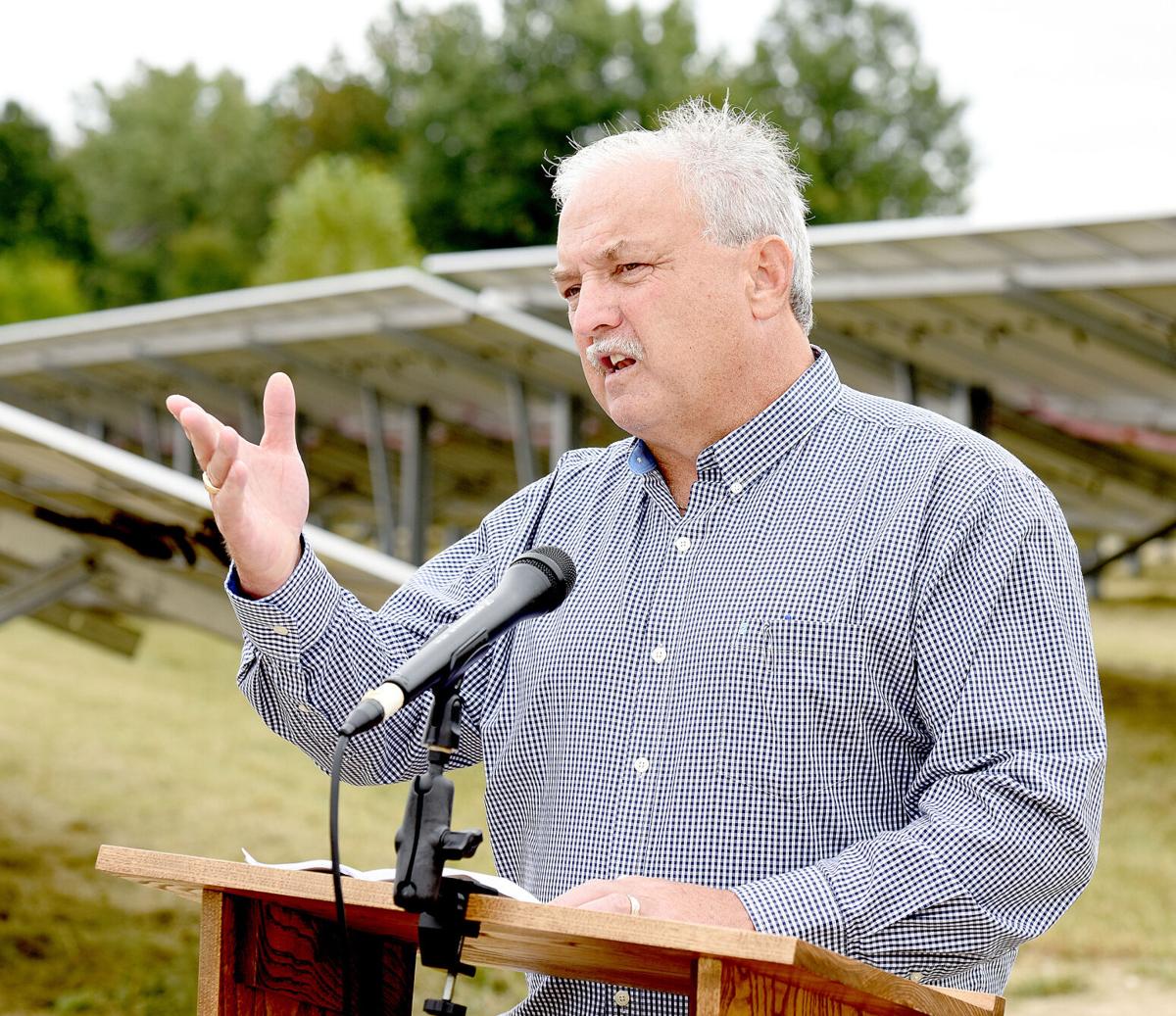 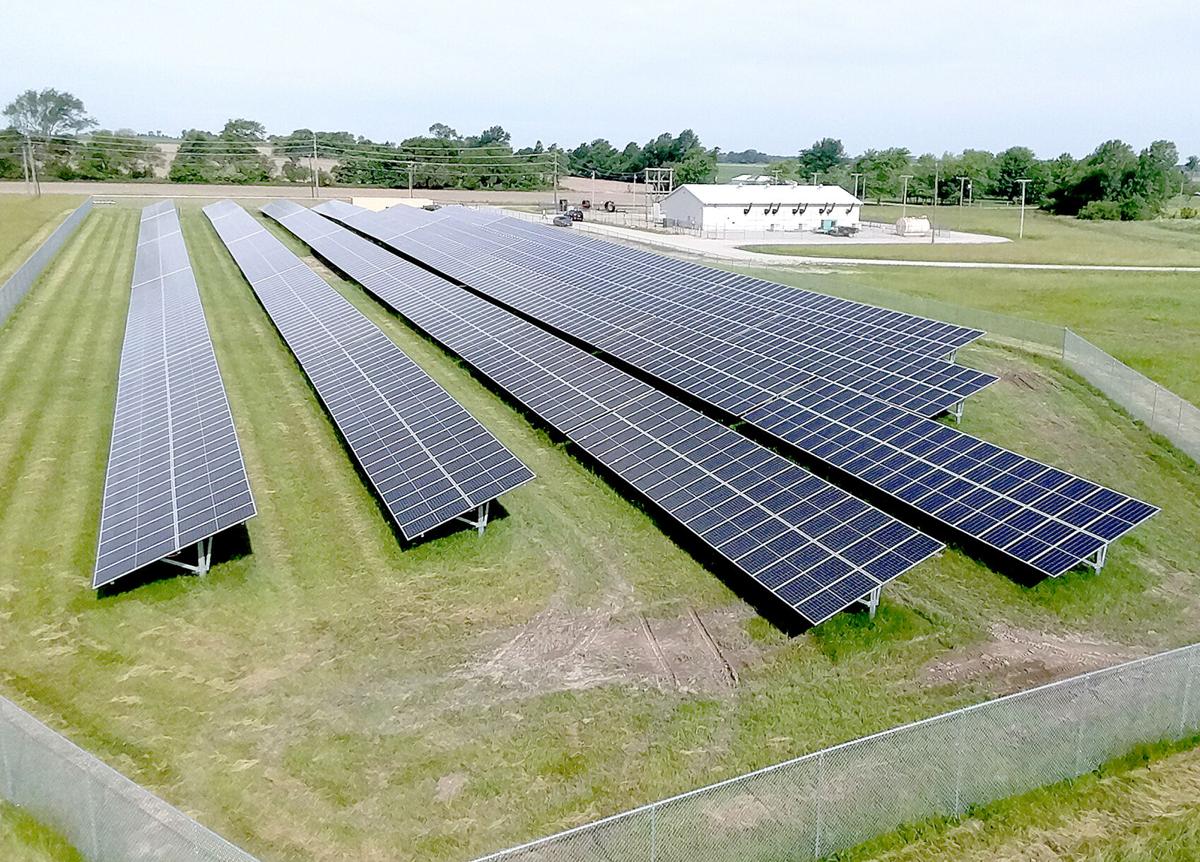 This array of solar panels is expected to produce enough power for 100 homes in Altamont during the course of a year.

This array of solar panels is expected to produce enough power for 100 homes in Altamont during the course of a year.

ALTAMONT — There’s something new under the sun in Altamont.

City officials gathered recently to celebrate power generated from the sun. The only hitch was that the sky was mostly cloudy.

Nevertheless, Altamont took its first step toward clean energy as community leaders and energy executives gathered in front of their newly installed solar panel array for a ribbon-cutting and dedication of the city’s new Altamont Solar Plant.

Representing Altamont on the IMEA Board of Directors is former Altamont Mayor Larry Taylor, who was instrumental in bringing solar power to Altamont. Taylor was present for the ribbon-cutting ceremony and program.

“The City of Altamont has had a long-standing relationship with the IMEA and this project is just another milestone in that relationship,” Altamont City Commissioner for the Electric Department Michael Walker said.

Walker recognized Altamont Electric Department Superintendent Dillon Meier and electric department workers Jade Peddycoart, Gabe Asplin and Mark Dunn for all of the work they put into the Altamont Solar Plant. The solar panel system was incorporated into the existing electrical grid.

Representatives from the IMEA and Sol Systems came to Altamont to celebrate the completion of the project and participate in the ribbon-cutting.

“Municipal power is community power,” said IMEA Chairman of the Board of Directors Dale Detmer, who is also plant operations manager for the City of Breeze. “It is provided with the services from hometown people you know.”

Detmer said municipal utilities help each other out, referencing an incident in January when Flora and Sullivan electric companies provided mutual aid to Altamont during a storm.

“When our joint power agency wanted a new solar demonstration project to add a more carbon-free energy to its generation portfolio, our neighbors in Altamont stepped up to the plate,” Detmer said. “This project would not have happened without a public-private sector cooperation.”

“And we would be remiss if we didn’t mention City Clerk Sarah Stephen. Without their foresight and commitment we would be looking at an empty field right now,” Detmer said.

IMEA President and CEO Kevin Gaden said each of the cities that make up the IMEA has a member on the board. He said the IMEA board unanimously approved Altamont’s application for the solar project.

Gaden called Taylor a “stalwart” on the board and said he is “a very close confidant” to him and the staff.

“Larry continues to work with the elected officials here to keep apprised to what is going on at the IMEA and provide that information back to elected leaders,” he said. “And I appreciate all of his interest and support going through this project as well.”

Gaden said the installation of the solar array shows Altamont’s commitment and leadership in providing power that hasn’t changed over the past 100 years.

“We look forward to working with all of you in Altamont. I, on behalf of the IMEA, am proud and honored to be able to dedicate this project today to serve the past, present and future of Altamont and the 32 members that we serve.” Gaden said.

The new solar power array and associated equipment take up 4.9 acres of city-owned property, produces a maximum capacity of 500 kW and is made up of 1,674 solar panels.

The array during the course of a year is expected to produce enough power for 100 homes in Altamont.