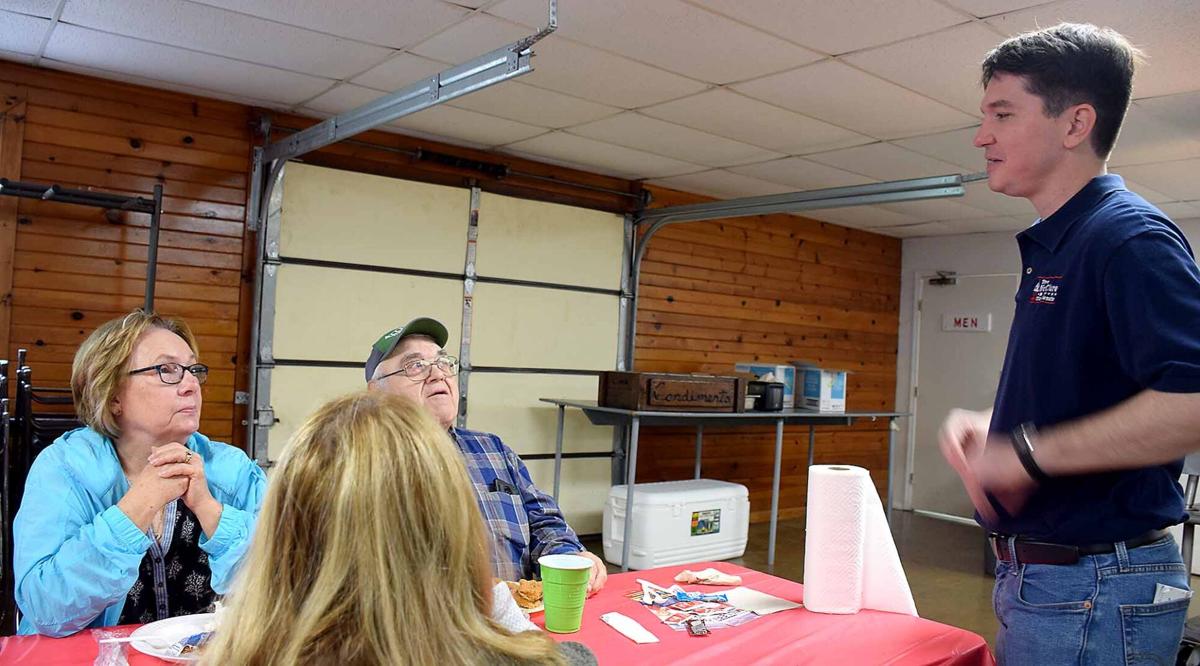 Sen. Steve McClure, R-Springfield, of the 50th District, speaks with Martha and Fred Elkin Sunday during the Effingham County Republican Central Committee’s fall fundraiser at Lake Sara. The event helped to raise money for the party as it enters the 2022 election cycle. 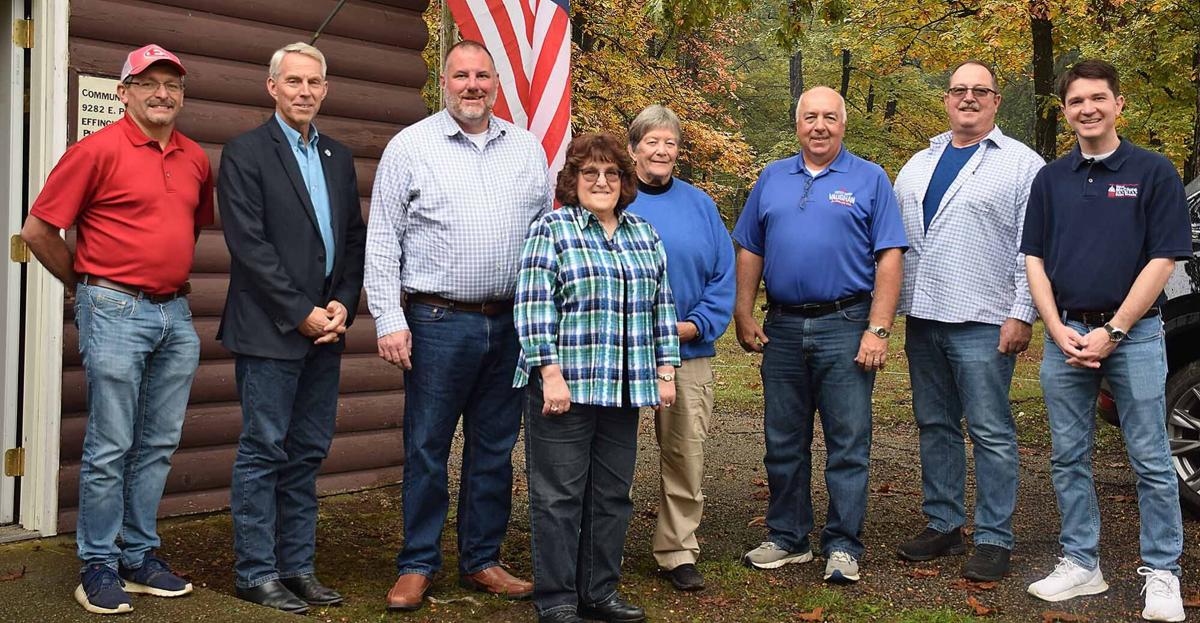 Sen. Steve McClure, R-Springfield, of the 50th District, speaks with Martha and Fred Elkin Sunday during the Effingham County Republican Central Committee’s fall fundraiser at Lake Sara. The event helped to raise money for the party as it enters the 2022 election cycle.

Effingham County Republicans had the chance to discuss major local and state issues with local leaders and state representatives Sunday as the county party held its fall fundraiser at Lake Sara.

Most of the county’s primary officials were present at the event, which is one of two that the Effingham County Republican Central Committee holds each year. The other, the yearly Lincoln Day dinner, is much more formal. They were also joined by a pair of state legislators, each new to Effingham County in the new legislative map: Rep. Brad Halbrook, R-Shelbyville, who will represent the 107th District in the next General Assembly, and Sen. Steve McClure, R-Springfield, who will represent the 54th District.

Party Chairman Rob Arnold said the event was a way for people to meet candidates and learn more about the party’s goals for the upcoming election cycle. The informality of the event was exemplified by the fact there were no set speaking times for candidates to speak to the crowd; rather, they went person to person, shaking hands and speaking with people about the issues that mattered to them.

Arnold said the biggest issues for people remained COVID-19 and the state of the economy, both in Effingham County and statewide. Mandates have remained a key issue for people speaking with McClure, whose new district will include Effingham County, along with parts of Menard, Sangamon, Macoupin, Montgomery, Christian, Shelby, Macon, Moultrie and Cumberland counties.

“People want to have local control,” McClure said. “They don’t think that the Governor should be telling people what to do in every single part of the state.”

Halbrook, who will represent western Effingham County in addition to parts of Christian, Montgomery, Macon, Shelby, Cumberland and Moultrie counties, largely agreed with McClure on mandates, stating the General Assembly should be more involved with decision making when it comes to the pandemic.

“He needs to involve the General Assembly,” Halbrook said. “(That’s) been our thought since mid-late March, early April (2020).”

Those in attendance also were concerned about violent crime and drug problems, in addition to perceived corruption of politicians in Springfield.

“(We’re) trying to find a way to operate in this world where we have very few Republicans and a whole lot of Democrats,” McClure said.

Both McClure and Halbrook spoke on the continued fight of Republican legislators to overturn the state’s new legislative map, which was signed into law by Gov. J.B. Pritzker in September. A federal court ruled last Tuesday that the initial re-map, which was drawn and signed into law in June using American Community Survey data, was unconstitutional, as it was created without full census data. The court will consider the merits of the revised re-map at a later data.

McClure said the maps passed by the General Assembly were “broken” and that with both of their maps on the ropes, groups of interest need to come together and find a fairer map for Illinois.

“The courts have already thrown out their first map (and) said it was unconstitutional,” McClure said. “They looked at the second map (and) said there were some significant issues with it. It’s going to be up to the different groups of interest, including the Republicans, to get together to provide suggestions to fix another bad map.”

Halbrook said the courts haven’t taken too well to the suggestion by Republicans that the maps be drawn by a bipartisan commission, as mandated in the state’s 1970 constitution when a map isn’t agreed to by June 30. Things are still being worked through by legislative Republicans and their lawyers, but the overall message remains similar: the need for a fair map for Illinois.

“Our overall position is that the maps that were signed into law back in May and June were unconstitutional,” Halbrook said.