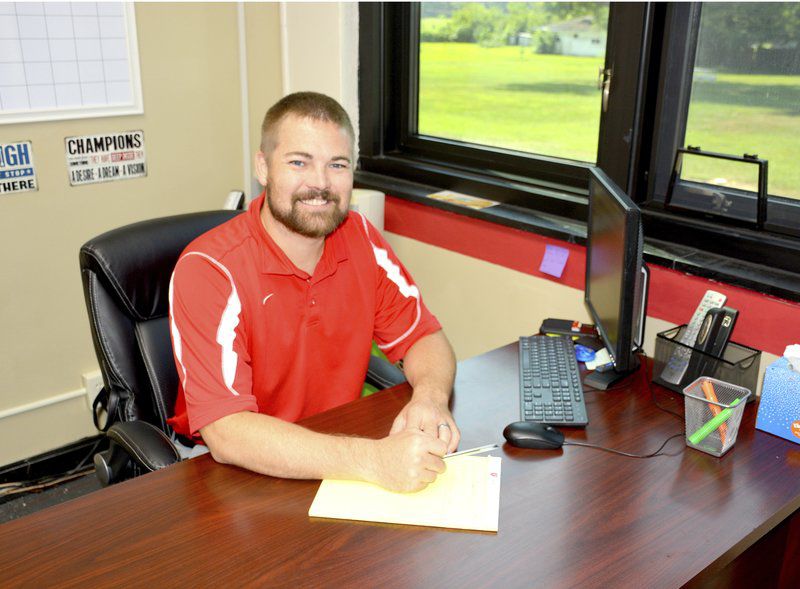 Brian Deadmond is the new principal of Beecher City Community Junior-Senior High School. He is a graduate of Greenville University and an Odin native. Deadmond replaced Philip Lark, who now is superintendent of the school district. Charles Mills photo 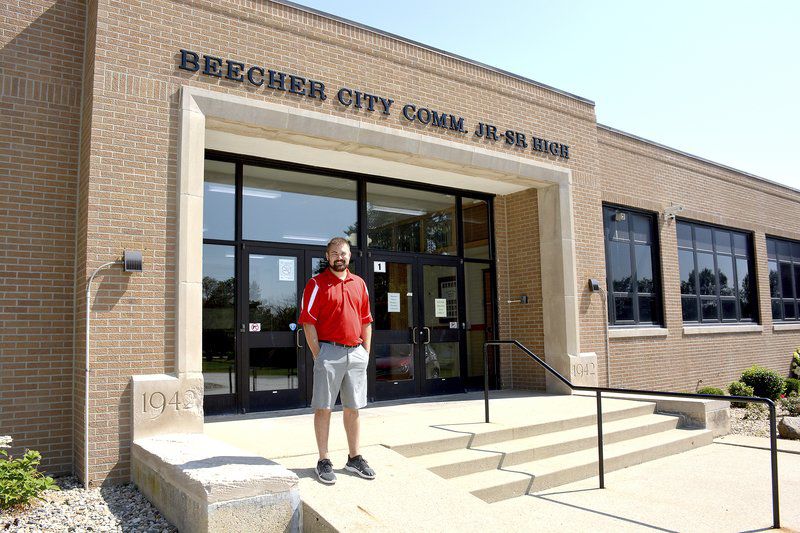 Brian Deadmond is the new principal of Beecher City Community Junior-Senior High School. Deadmond is a Greenville University alum with a Bachelor of Science in Physical Education. Charles Mills photo

Brian Deadmond is the new principal of Beecher City Community Junior-Senior High School. He is a graduate of Greenville University and an Odin native. Deadmond replaced Philip Lark, who now is superintendent of the school district. Charles Mills photo

Brian Deadmond is the new principal of Beecher City Community Junior-Senior High School. Deadmond is a Greenville University alum with a Bachelor of Science in Physical Education. Charles Mills photo

Deadmond grew up in Odin, a small village between Sandoval and Salem in southern Illinois. He graduated from Odin High School and received a Bachelor of Science in Physical Education from Greenville University in Greenville, Illinois, where Deadmond played collegiate baseball.

Once out of college, Deadmond became a physical education teacher at North Wamac Grade School for six years and served as basketball coach for fourth through eighth grades.

“I always had 30 to 40 kids I was coaching,” Deadmond said. “I coached pretty much year-round.”

“And I really enjoyed that,” he added.

Deadmond said while at North Wamac he worked for a superintendent who had a direct impact on his future in education.

“Brad Morris really pushed me to go into administration,” Deadmond said. “He was very inspirational.”

Deadmond said he went on to get his master's degree from Eastern Illinois University with a teacher leadership and principal endorsement.

Deadmond recalled Morris telling him,“You're going to be good at this.”

Deadmond said Morris included him on disciplinary actions to see if administration was something Deadmond really wanted to pursue.

“He would pull me in when there were disciplinary issues to see what I would be dealing with. He always included me on those things,” he said.

“I'm really excited to be here. I really can't wait to get the school year going,” Deadmond said, noting one of the teachers at Beecher City was his baseball coach at Greenville University.

Deadmond said his responsibilities at Beecher City will be a little different than at North Clay. Deadmond views his new role at Beecher City as a more positive one than being primarily focused on disciplinary issues like he was in North Clay.

“A lot of my time at North Clay was dealing with discipline and athletics,” Deadmond said. “Here my role will be educational leader for teachers and working more with students.”

“The one thing I'm impressed with here in Beecher City is our test scores,” Deadmond said. “I would like to continue to improve upon those and make them higher than they are. That's one thing I'm striving for.”

Deadmond said it is good for the school when the state sees the high test scores.

Even though Deadmond won't be coaching in his new position, he plans to attend as many games as he can. As athletic director at North Clay, Deadmond said he was present at almost all of the athletic events.

“I want to be there and I want to be present,” Deadmond said. “I think it is important to the athletes to see their school leadership at their games. They take note of that and it means a lot to them.”

“I think showing support for our athletic programs is very important to me,” Deadmond added. “And it's also a way for teachers to build a good rapport with the students.”

Deadmond said he likes that there are approximately 160 students attending sixth though 12th grade at Beecher City Community Junior-Senior High School compared to the 650 students he worked with in North Clay.

“This will be a smaller school like North Wamac,” Deadmond said. “You can get to know the kids a little bit better.”

“Here with only 160 kids, I'm going to have the opportunity to get to know each and every one of them,” Deadmond said. “And I think that's important.”

Deadmond said his sixth grade teacher and principal had an impact on his life growing up.

“That's why I'm here,” Deadmond said. “I want to make a positive impact on these kids lives and hopefully lead them down the right path.”

Deadmond recently sold his house in Xenia and plans to find housing locally for he and his wife, Kari, and their three boys, Klayton, Bowen and Mason.