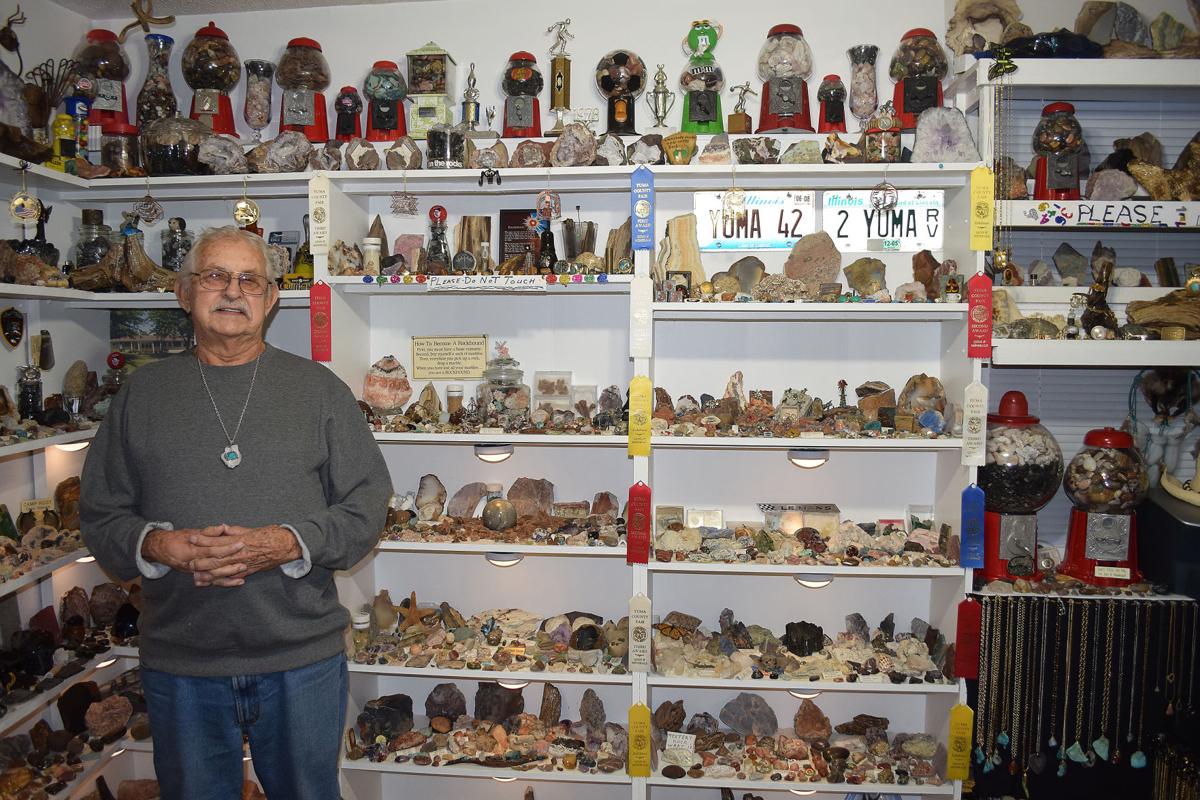 Cecil Osborn with some of the collection he and his wife Rosemary have collected over the last 30 years. 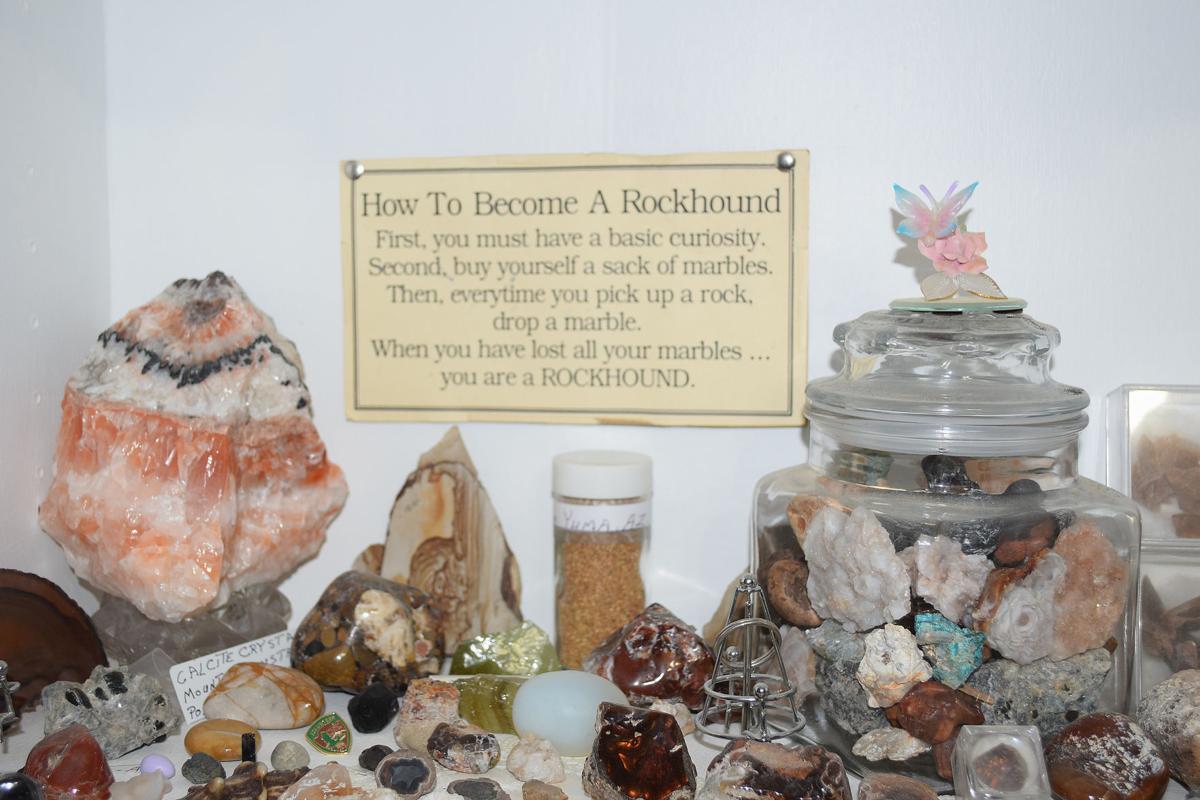 More rocks in the collection of Cecil and Rosemary Osborn. 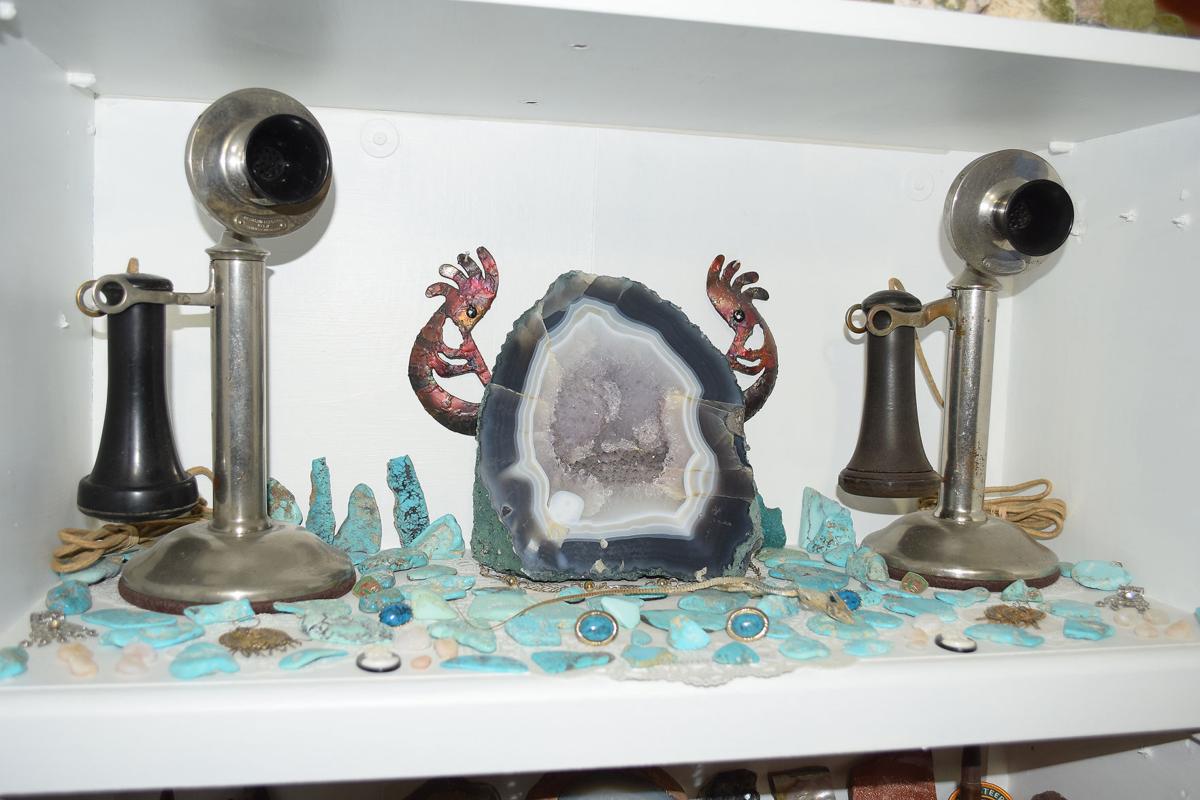 Some of the turquoise that the Osborn’s have in their rock collection.

Cecil Osborn with some of the collection he and his wife Rosemary have collected over the last 30 years.

More rocks in the collection of Cecil and Rosemary Osborn.

Some of the turquoise that the Osborn’s have in their rock collection.

Cecil and Rosemary Osborn of Neoga classify themselves as rockhounds. That statement can be proved by the 7,000 rocks that they have in their collection.

According to Cecil, they started rock collecting 30 years ago. But before that they would pick up rocks here and there.

“We used to go on rock hunts and I would pick up anything that looked different,” he said. “Rocks are like a snowflake, there are no two alike.”

When Cecil retired in 1990 from the telephone company in Mattoon, the couple took off to Yuma, Arizona to spend the whole winter there. They would spend the summers at Cloud 9 Ranch in Missouri, which had a craft house where you could put items to sell. His wife made jewelry to sell.

In addition to making jewelry, his wife made dreamcatchers. For 10 years the couple spent winters in Arizona and summers at Cloud 9. Cecil said that in all they made 44 trips, and they have traveled to over 40 states.

He has hundreds of pieces of petrified wood. Some of the other types of rock that he has include obsidian, chalcedony which looks rose-like, pyrite crystal which is fool’s gold and geodes.

“It amazes me how the good Lord made all of this stuff,” he said.

In addition to rocks that he has on display he also has a little over 60 containers of rock. Some of the rock that he has in his collection is polished while others he just leaves natural.

The rock that he has polished is not a quick process. According to Cecil, it takes about two weeks to polish a coffee can full of rocks.

Selenite crystals from the Salt Plains National Wildlife Refuge in Oklahoma are also in the collection. He said that they dug for two days and found several of the crystals to add to their collection.

The Osborns also have several rocks that look quite ordinary but when you turn out the lights and illuminate them with a ultra violet light the rocks are blue, orange, yellow and even red. One of the types of rock that does this is fluorite.

“It’s amazing that you can dig things out of the dirty ground and they end up so pretty,” Cecil said, referring to herkimer diamonds which he obtained from a professor in Herkimer, New York.

Sorry, there are no recent results for popular articles.