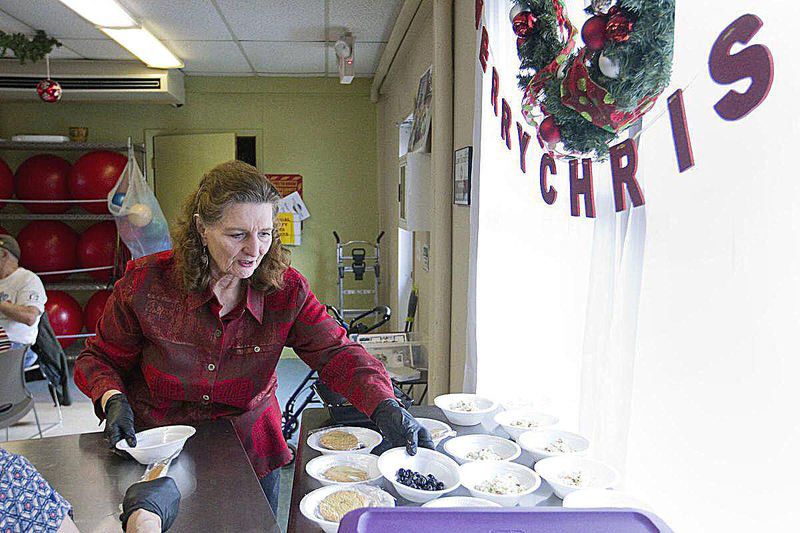 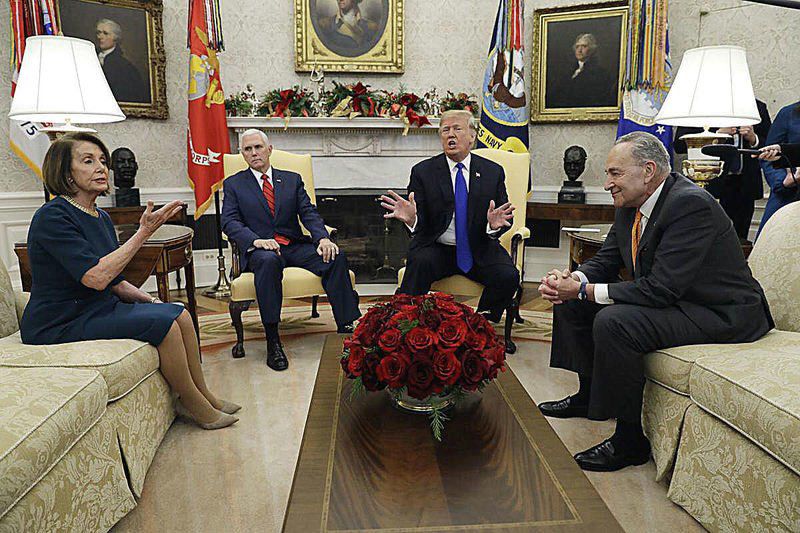 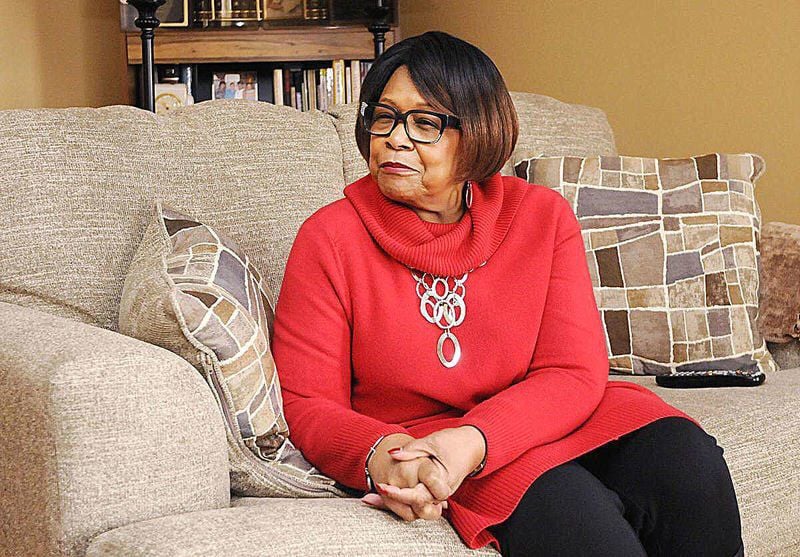 From his lofty perch in the White House, President Donald Trump declared the midterm elections a “very Big Win” on Twitter the morning after the ballots had been tabulated, promptly discounting the Democrats return to majority power in the U.S. House.

After all, he noted, Republicans widened their margin in the U.S. Senate, and most of the candidates he rallied for in the heartland of America – his power base – emerged victorious, even if the margins in some states were close.

Election results from the heartland, that broad middle swath of the country, did not agree with Trump’s pink-colored glasses that make everything look amazing. They showed serious cracks in Trump’s red wall in key states such as Wisconsin, Michigan, Ohio and Pennsylvania.

The mood of the voters in those states and others reflected concern over one-party control of the Federal Government and the president’s heavy-handed style of pushing his agenda on asylum-seeking migrant families, foreign trade, deregulation and climate change.

The antidote: a divided Congress that might put aside partisan differences and focus on compromise solutions to these and other issues threatening to slow or cancel the economic growth of the last nine years.

Since the Nov. 6 election, CNHI newspapers in scores of heartland communities have met with voters, taking their pulse on the outcome and what they hope it will mean over the next two years. Reporters have been meeting with voters in their kitchens, their living rooms, their barbershops and their coffee shops, among other places.

Overall, the midterm election revealed little change from the rural conservative-urban liberal electorate split that defines the Midwest and South. But there were signs voter turnout is growing in the major cities and their suburbs, and fading in rural areas. The best examples: competitive races for governor in Georgia and U.S. Senator in Texas. Both were won by Republicans, but barely.

Gary Wisenbaker, a Republican activist and real estate agent from south Georgia, said his state has the potential to turn from red to blue in 2020, and he even thought it might do so in the midterm election. He said Democrat Stacey Abrams was expected by many pundits to defeat Republican Brian Kemp in the Georgia governor’s contest, and thus become the first black woman elected governor in the nation. Kemp won by a margin of just over 1 percent out of nearly 4 million votes cast.

Wisenbaker credited the robust Democrat turnout in Greater Atlanta and other urban areas to unusual campaign spending and the party’s enthusiastic base. “We’ve been making good strides toward tearing down this concept of two Georgias (rural and urban),” he said. “I don’t know if this election helped us in that regard.”

Pauline Trammell, 50, from Callisburg, a tiny town in northeast Texas, said the Lone Star State can no longer be counted on as surefire Republican. She voted for Democratic Congressman Beto O’Rourke over incumbent Ted Cruz in the U.S. Senate race that almost saw the seat flip to O’Rourke.

“While I am disappointed Beto lost by a nose hair, I know we haven’t heard the last of him,” said Trammell. “He started a movement that any politician should be proud of. He ran a clean, effective campaign and, most importantly, he showed up.”

If Democrats had anything to be discouraged about, it was Indiana. Midterm voters drove the state deeper into the red zone by rejecting incumbent U.S. Sen. Joe Donnelly, a moderate Democrat, and refusing to flip any of the seven U.S. House seats held by Republicans.

Kandance Hinton, 58, professor of educational leadership at Indiana State University in Terre Haute, took solace in the election of many Democratic women in other states to Congress, where female members, including senators, hit the 100 mark. “We have young people, two Muslim women, a Native American woman,” said Hinton. “That is a fabulous start.”

No surprise to Betty Williams, 73, a community activist from Anderson, Indiana. She remembered when the late Geraldine Ferraro, a congresswoman from New York, ran for vice president on Democratic presidential candidate Walter Mondale’s 1984 ticket.

“People started to realize that women are qualified to hold elective office,” said Williams. “For many years, women and minorities were under-represented. There should have been more women running for political office.”

The combination of immigration and the migrant caravan issues, pushed hard across the heartland by GOP candidates, dominated races for the House and the Senate. Surprisingly, the strong economy got little mention by Trump or Republican candidates.

In Kentucky and elsewhere, voters saw immigration as a national security issue, dismissing the notion America has turned its back on refugees who fear for their safety in their native countries.

Harley Hogge of Greenup, Kentucky, is a 23-year-old college student who says he switched from liberal to conservative on immigration. “I don’t inherently have anything against immigration,” he said. “I just wish they would do it the proper way. Just do it legally.”

Duane King, a firefighter from Oldtown, Kentucky, put it more bluntly: “We’re spending money on the illegal aliens that would be better spent on the needs of veterans, the children we have here in the United State that aren’t getting enough to eat … on those American citizens who are in need.”

Even outside the heartland, in deep-blue Massachusetts, concerns have risen over the volume of migrants seeking asylum. Brian Cresta, 49, a first-generation American, said immigrants help drive the U.S. economy. But, he added, “What is missing in the entire debate that has happened over the caravan, for example, is thousands of people looking to rush our border illegally. That’s the point that is missing.”

Speaking from the 19th-century public library in Middleton, a rural town north of Boston where Cresta is an elected selectman and former state legislator, he said immigration stirs strong personal emotions in him. His father moved to the U.S. from Italy in the late 1930s, giving Cresta opportunities he might not otherwise enjoy. He suggested Washington should get over its differences on the issue, and forge a policy that makes sense and allows people in desperate need to enter legally. But he doubts that will happen because of Washington’s political polarization.

Optimism for bipartisan legislating was sounded by several voters interviewed by CNHI reporters. They saw a divided Congress as opening instead of closing that possibility.

Robby May, a social studies teacher at Cumberland, Maryland’s Fort Hill High School, said his hopes rest on the election for a more diverse Congress, with a record number of women elected to the House.

“Our government is becoming more representative of the people of this great nation, and that is exciting,” said May. “While we now have a divided government, that is often good government and I sincerely hope both parties can compromise on issues we can all agree on as Americans.”

A prime example is Pennsylvania, where Trump narrowly defeated Hillary Clinton, and Republicans claimed 13 of the state’s 18 congressional seats. Then the State Supreme Court stepped in and ordered realignment of GOP gerrymandered House districts. The 2018 result: Democrats claimed five House seats while losing only one, and a 9-9 congressional delegation representation. In addition, Democrat Sen. Bob Casey easily turned back a challenge from Republican Congressmen Lou Barletta.

Karen and Stan Zellers of Sunbury, Pennsylvania, said they stayed loyal to Republican candidates even though they are exasperated with Washington.

“That’s about it for me,” said Karen. “I get so tired of listening to this on TV, the news. It’s not any good.”

Husband Stan isn’t ready to give up in the face of Democratic gains. He votes Republican “99 percent of the time” and likes Trump because he’s a problem solver and yet he has doubts about his presidency. “From the day Trump was elected, he said he would drain the swamp,” said Stan Zeller. “But will the Swamp drain him? It is a tossup right now.”

Dr. James Rhoads, sitting in his cluttered office at Westminster College’s political science department, said election results made it clear suburban voters and college-educated women turned on Trump in Pennsylvania in the 2018 election.

Similar demographics elected Democrats in Michigan, Wisconsin and Ohio – three other heartland swing states where Trump won in 2016. If Trump can’t expand his current shaky support in those states, his chances of re-election are dimmed.

But back in Indiana, Frank Holz of Jeffersonville said he did something Nov. 6 he can’t remember ever doing – voting a straight Republican ticket.

“With the political climate and the whole (Brett) Kavanaugh fiasco, it left a pretty bad taste in my mouth,” said Holz. “Unless it is someone I know personally, I don’t know if I could vote for a Democrat right now. They have allowed their party to go so far left. The whole progressive movement has gone off the rails.”

Jeri LeRoi, an 80-year-old retired Navy environmental specialist from Traverse City in northwest Michigan, is also sticking with Trump, mainly because of his conservative agenda, her belief the government should cease funding health care, and only legal immigrants allowed into the U.S.

She compared the current immigration policy to strangers coming to her door and telling her they want to live in her house, then sneaking through a window after she turned them down. “I feel that’s trespassing and a violation of my right,” said LeRoi.

In Ottumwa, Iowa, Alice Richardson, who volunteers for the community theater and her local church, is turned off by the partisanship of both Democrats and Republicans, though she admits she leans left.

“I’m so sick of those party labels. But I know that’s the way things operate,” she said. “There should be a party for me but everything’s taken; left, right, center? Red and blue? How about the compassion party? I could be part of the kindness party. Jesus doesn’t belong to any political party, but he is liberal and was quite radical.”

Ardean Friesen of Goshen, Indiana, had similar thoughts. He suggested Republicans challenge Trump’s re-nomination for president in 2020 by putting up a strong challenger within the party. “They’re going to have to stand up and say, you know this is not the type of person we want to continue to be president,” said Friesen, 53, a member of the Mennonite faith.

Kelly Alkerton, 29, of Joplin, Missouri, cast her vote for Trump two years ago even though she supported Barack Obama in 2008 and 2012. She prefers a divided Congress as a check and balance, and feels quite satisfied with Trump in the White House.

“I’ve got a little bit of this and that,” she said. “My mom’s a big Democrat and my dad’s a big Republican. So I’m kind of split.”

Whether her political comfort – and that of others – will remain undeterred depends on Trump, Congress and the mood of heartland voters from now until presidential election day in 2020.

As to what might happen, Napoleon’s mother has been said to perhaps put it in perspective in 1804 when asked what she thought of her son’s coronation as Emperor of France: “It is all very nice – if it lasts!”

Bill Ketter is senior vice president of news for CNHI. Contact him at wketter@cnhi.com.