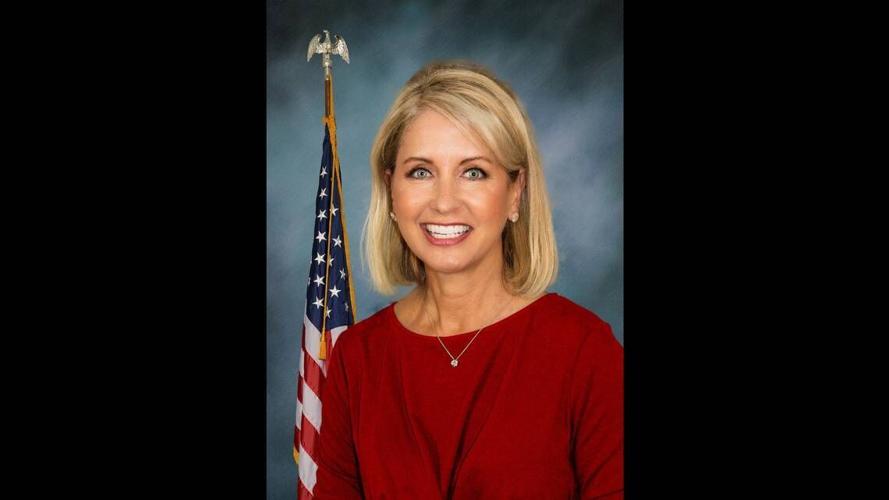 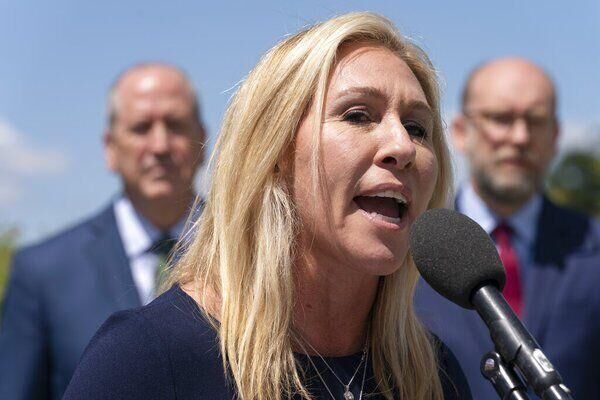 A southern Illinois congresswoman will host a private fundraising event in Effingham next month with another U.S. representative who holds similar far-right views.

Republican U.S. Reps. Mary Miller and Marjorie Taylor Greene of Georgia will hold a reception and dinner on Thursday, July 8, at the Effingham Performance Center in the downstate Illinois city about an hour from Miller’s hometown of Oakland.

The event marks the beginnings of Miller’s campaign for possible reelection in 2022. Illinois’ primary was moved from March 15 to June 28 to accommodate for delays in 2020 U.S. Census results.

Republican leaders in Effingham are looking forward to the fundraiser.

Wilhour said he is happy to hear Miller is hosting the event in his district.

“It’s not the first time we’ve had big names in Effingham,” said Wilhour. “It’s part of the reform backbone of conservative politics in Illinois.”

Effingham County Board Chairman Jim Niemann, a prominent conservative voice in the region, is also happy the event is being held in the city.

“Any representation we can get from Washington in Effingham is a good thing,” said Niemann.

Niemann and Wilhour both said they anticipate attending. Effingham County Republican Central Committee Chairman Rob Arnold said he is going to attend, though he declined to comment on the controversies surrounding the two congresswomen.

Both first-term representatives continue to vocally support Trump, and have also both been criticized for alluding to Nazi Germany in separate statements this year. Miller said “Hitler was right” about youth indoctrination the day before the Jan. 6 riot in Washington, D.C., and Greene compared mask mandates to prevent the spread of COVID-19 to the Holocaust.

Both later apologized for their comments.

Local Republicans were hesitant to talk about the controversies surrounding the two women.

Niemann said he was unfamiliar with the controversy surrounding Greene, though he trusts Miller’s judgement.

“I think Mary is pretty bright when it comes to working issues,” he said. “If she’s invited Congresswoman Greene, she has a reason.”

Wilhour also claimed to be unfamiliar with the controversy surrounding Greene, but did condemn references to Nazi Germany.

“Invoking the Holocaust in any manner other than what happened is inappropriate,” said Wilhour.

The evening is billed as a “patriot reception” and “private dinner for freedom and liberty sponsors.” Attendees must submit their names prior to the event with their purchase of a $75 ticket per person. Sponsorships ranging from $500 to $5,800 are also available.

Miller has aligned herself with Greene, most recently joining her at a press conference promoting a bill that would “fire” the nation’s leading infectious disease expert, Dr. Anthony Fauci. The bill would reduce Fauci’s salary to zero, but as a civil servant he can’t be fired directly by either Congress or the president. Miller and Greene also voted against a bill honoring police who protected the U.S. Capitol during the riot and were both cited for not wearing masks on the House floor in May.

Both women have become targets among Democrats and even centrist voters in their own party, but their dedication to Trump has won them popularity and plenty of campaign cash. In addition to sizable donations from Republican establishment political action committees, Miller collected more than $435,000 from 340 individual donors, only half of them from Illinois, leading up to the 2020 primary.

Miller raised $39,324 from January through March this year, with 42% coming from political action committees and 53% from individuals. The remaining contributions were refunds or reimbursements from campaign vendors.

Miller’s campaign did not immediately respond to a request for comment Wednesday.