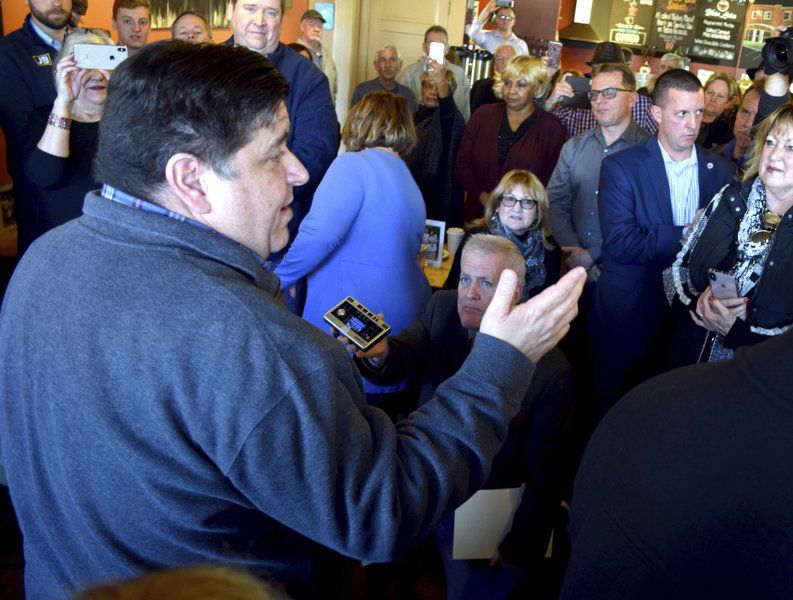 Governor-Elect J.B. Pritzker thanks a group of voters and campaign volunteers during a stop in Effingham on Dec. 9 at Joe Sippers Cafe in downtown Effingham. Charles Mills photo. 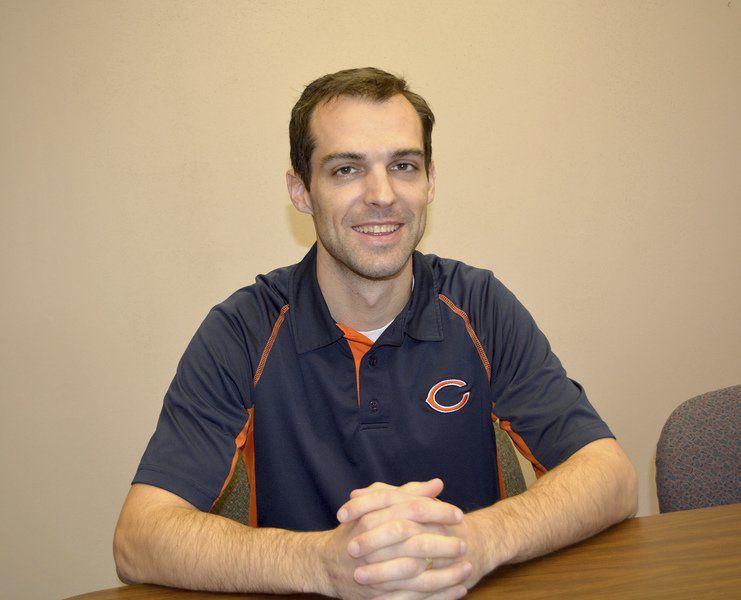 Kurt Volk, 32, of Effingham, is a Republican. 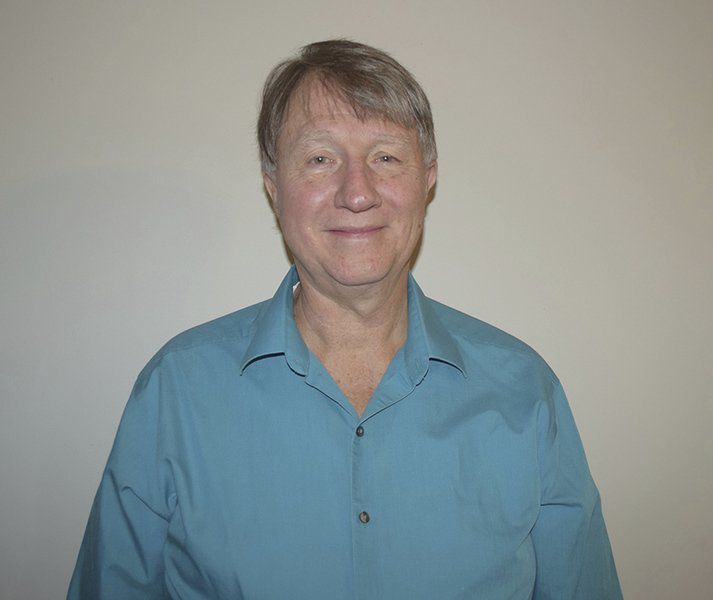 Phil Lewis, 71, of Effingham, is a Democrat. 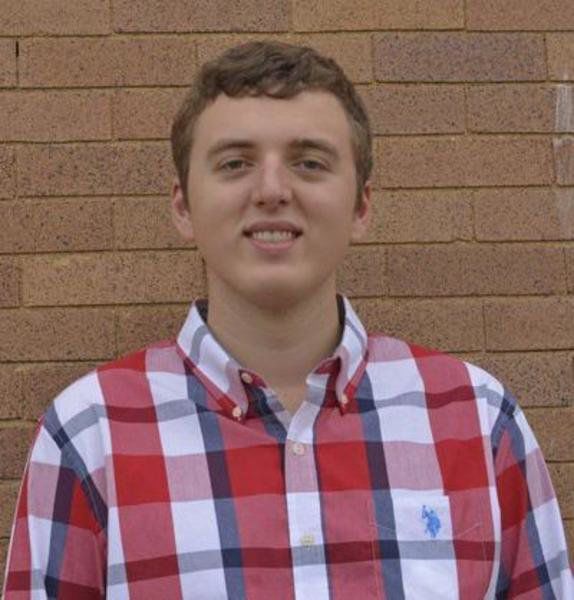 Brock Hammond, 21, of Shelbyville. He is a Democrat.

Governor-Elect J.B. Pritzker thanks a group of voters and campaign volunteers during a stop in Effingham on Dec. 9 at Joe Sippers Cafe in downtown Effingham. Charles Mills photo.

Kurt Volk, 32, of Effingham, is a Republican.

Phil Lewis, 71, of Effingham, is a Democrat.

Brock Hammond, 21, of Shelbyville. He is a Democrat.

The divide among voters remains as apparent on the local level as it is across the country. The pulse of the voters beats strong on both sides.

Kurt Volk, 32, of Effingham, is a Republican. In his job with the National Federation of Independent Business, he helps small businesses understand the latest legislation that impacts them.

Volk said that the Democrats' wins in the U.S. House means little will get accomplished over the next two years because the new majority will block President Donald Trump at every turn.

“I think you will see a two-year standstill,” said Volk, noting that opinions expressed in this interview are his own. “I think it will put a lot more emphasis on the 2020 presidential election. I don't think much will happen over the next two years when it comes to the big talking points such as healthcare and immigration.”

He also predicts anything the House passes will be thwarted by the Senate with its slim Republican majority. Few things of substance will ever reach Trump's desk, he said.

“There's going to be more tension between the House and the president,” said Volk. “Trump may have his hands tied a little bit more on the trade policy, however, I think he'll maintain his stance. Both parties feel that trade policy needs to be discussed more.”

Phil Lewis, 71, of Effingham, is a Democrat. He taught U.S. history and German during his 42-year career as a Teutopolis high school teacher before retiring in 2014.

Over the next two years, Trump won't have the success he's had during his first two years in office, Lewis predicted.

“He's not going to be able to get stuff through the House that he's used to getting,” said Lewis.

Lewis said the traditional Republican party has been hijacked by Trump. Many high profile Republicans have either quit the party or have spoken out against Trump, said Lewis. Those who haven't are afraid to, because they might want his backing in 2020.

“I don't think Trump will be able to get much done legislatively unless he wants to compromise,” said Lewis.

In the fourth installment of its ongoing Pulse of the Voters series, the Effingham Daily News talked to these and other voters in Effingham and Shelby counties about the state and national midterms.

Bruce Cannon, 62, of Findlay, is a real estate appraiser and a Republican. He said the GOP and Trump have the right approach to business issues.

"They know how businesses should be run," Cannon said, adding that Trump is leading the nation in the right direction.

Cannon is wary of a House of Representatives controlled by Democrats.

"I think what happened in the U.S. Congress is an absolute shame," Cannon said. "...I think it will divide us even more. I think politics today are an absolute mess."

The United States, he said, is "pretty damned close to a civil war."

On the state level, Pritzker defeated Rauner by over 650,000 votes. But Cannon noted that the Democrat challenger carried Cook County and the collar counties.

Zoe Donovan, 20, of Windsor, is a registered Democrat, a student at Lake Land Community College, and runs the LLC newspaper. Donovan said her political views have been shaped by things she believes are right, and social issues she believes in. LGBT issues and women's issues are things of interest to her.

Donovan is hopeful about Pritzker being governor.

"I know he fights for LGBT rights, medical marijuana and the legalization of recreational marijuana," she said.

She's also ethusiastic about Democrats doing well nationally because they reflect the nation's diversity. She noted the first openly gay man was elected as governor of Colorado and the youngest woman has been elected to Congress, along with a record number of women overall.

"It's exciting that we have a lot of women now," Donovan said.

She calls it progress.

Brock Hammond, 21, of Shelbyville is a political science student at Eastern Illinois University and a committeeman of the Shelby County Democratic Party.

Hammond is excited for Pritzker's win, and for the governor-elect to appoint State Sen. Andy Manar, a Democrat from the 48th District, as co-chairman of the Education Success Committee.

"Manar has been fighting for education and has a unique perspective because he is a down-state Democrat," he said. "He's been on the front line fighting for equitable funding for our schools."

Hammond is proud to see Democrats will hold the statewide offices of comptroller, secretary of state and governor.

He agrees with Donovan about the way Congress should look.

"Congress should look like America, and I think we are getting more to that point," Hammond said. "There were a lot of historic victories across the country."

With a new party in charge at the state level, Volk, the Effingham Republican, said any fix Democrats have for the state's financial woes will likely come with new taxes in Illinois.

Volk said in the news there's been chatter about a vehicle mile tax, additional fuel tax, and also a service and labor tax.

“Where they decide to go with that just hasn't been made clear,” said Volk. “I'd say the chances of getting a vehicle mile tax in would be less likely than a fuel tax.”

Volk said redistricting is also a concern for Republicans.

With a Democrat as governor, Volk said he's expecting Illinois to be redistricted in 2020, for the next 10 years, making Illinois lean more to the left than ever before.

Volk believes that Illinois residents will see more movement and activity at the state level with Pritzker. He said Pritzker is more likely to sign into law whatever is put on his desk, in the next four years.

If Pritzker doesn't like it what he's handed he might put on an amendatory veto to go back through the chambers and be voted on and put back on his desk, said Volk.

“The difference is Gov. Rauner vetoed almost everything that came to him from the Democratic majority House and Senate,” said Volk.

The Republican thinks the new governor might reflect more action at the state level.

“I think you'll see a lot more action from Pritzker as opposed to Rauner, who really didn't accomplish much, other than just vetoing everything,” said Volk.

Lewis said that the results of the midterms reflected several governships being turned over across the nation, including Illinois with the election of Democrat Pritzker.

“The governor's association will have a different make up,” said Lewis. “Whether or not they will get along with President Trump, I don't know, because of their differences in philosophies.”

According to Governing.com, the United States 2018 governor's races involved Republicans had to defend 26 of the 36 contests, and Democrats, nine. One other was an independent who dropped out of the race before the election, in Alaska.

Lewis is glad Democrats did well on the state level, although they were shut out on the local level.

“In Effingham County, we did poorly with local people getting elected, but Democrats got elected to the top positions in Illinois, across the board,” said Lewis.

The local Democrat believes that having Pritzker as the top leader will be productive for Illinois.

“Rauner, when he came in, it was 'my way or the highway,' and he was so entrenched he would not vary from what he wanted to do,” said Lewis. “With that we had a 732 day period without a budget. Eastern Illinois University just about went out of business. And bills didn't get paid, so we had a billion dollars in late payment fees.”

Lewis reflected that Rauner said up front if the people don't like his style, they could kick him out of office.

“Well, guess what?” said Lewis. “I think that Rauner came in with an anti-union stance and that played against him, while Pritzker got the union vote. And I think he's willing to work with the unions and work with (Illinois Speaker of the House, Mike) Madigan.”

“For the two of them, compromise was a dirty word,” said Lewis. “That just hurt the state.”

After roughly two years without a state budget, the Senate and the House, got together and hammered one out, although not a balanced budget. They did this without Gov. Rauner being present, he recalled.

He said small programs such as the one he earned his master's degree in, historical administration, was eliminated and will never return to Central Illinois.

Lewis said it was an excellent program to train professionals in museum exhibits and curating, he said. It graduated 380 people during the time it was at EIU, which took graduates all over the United States and beyond.

“It was cut and it is gone, after 45 years,” said Lewis. “I know the economics behind it, when you don't have the money and it is a small class – it's gone.”

Lewis said the current governor came from the business world who has tried to run the state like a business and it doesn't work very well.

Businessman Trump won't have the success he's had in the past, Lewis predicted.

“He's not going to be able to get stuff through the House that he's used to getting,” said Lewis. “In my opinion, it's no longer the Republican party, it's the Trump party.”

Kennedy Nolen can be reached by phone at 217-774-2161 ext. 1 or by email at kennedy.nolen@shelbyvilledailyunion.com

Add your voice to Pulse of the Voters

When it comes to politics, Effingham County is a sea of red in a state of blue. That’s not to say viewpoints from across the political spectrum don’t exist here.

In collaboration with its sister papers across the country, the Effingham Daily News has embarked on a three-year project to take the “Pulse of the Voters.” We'll talk to voters in their homes, at work, in churches and diners, on street corners, and anywhere else they gather to shape the discussion that drives democracy.

If you’d like to add your voice to future installments of this project, contact the EDN editor by email at jeff.long@effinghamdailynews.com or by phone at 217-347-7151 ext. 129. We also encourage Letters to the Editor regarding issues raised in these stories. Email them to that address, or by post to 201 N. Banker St., Effingham, IL 62401.

The stories are collected online at effinghamdailynews.com/news/pulse_of_the_voters