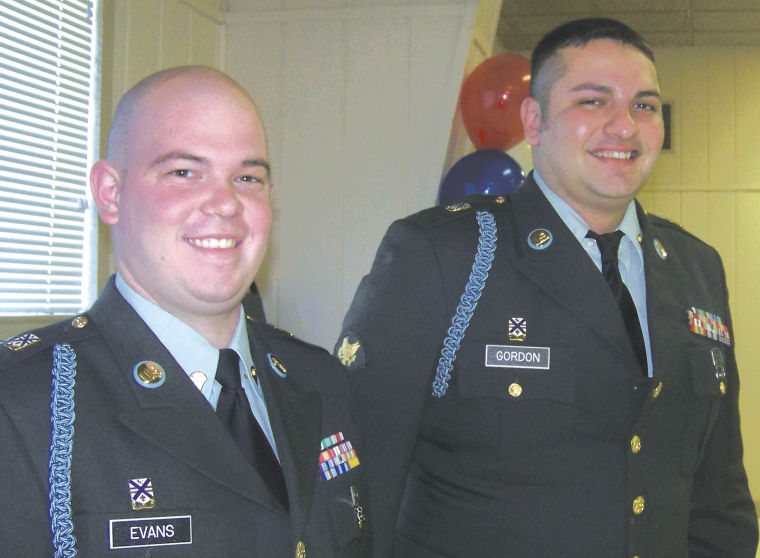 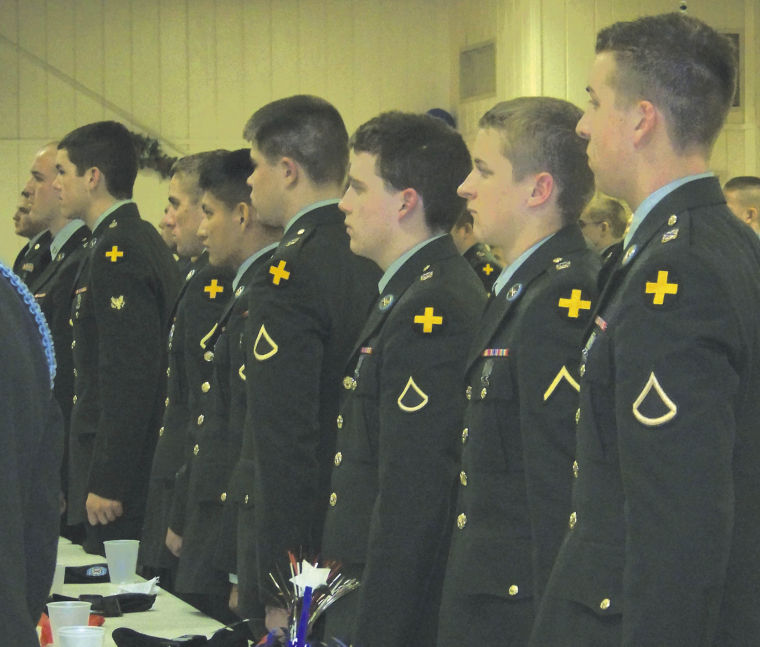 TEUTOPOLIS — Specialists Travis Gordon and Shane Evans have been friends since they were two years old. Gordon’s mom babysat Evans as a baby, and ever since then the two — now grown men of 24 years — have been inseparable. They both graduated Beecher City High School in 2003, and enlisted in the Army National Guard in 2004. Both had been attending college right after graduation— Gordon at Blackburn College in Carlinville and Evans at Lake Land Community College in Mattoon. But both boys were looking for a greater challenge, and, as friends, they knew they could handle the military if they enlisted at the same time. “We liked school, but we weren’t ready to commit to it,” Gordon said. Before they knew it, their commitment to the military landed them in Afghanistan, and both of them were more than thankful to have a familiar face overseas. Gordon and Evans were even on the same squad and team. They came home June 1, along with about 80 other Bravo Company soldiers who returned to the Effingham County fairgrounds in Altamont to be greeted by their families. Company B, 2nd Battalion, 130th Infantry of the Illinois National Guard in Effingham wanted to commemorate its local soldiers who have served in Iraq and Afghanistan, and held a banquet ceremony at the Teutopolis Knights of Columbus Saturday afternoon to honor them. Soldiers, as well as their families, were recognized for their contributions to Operation Enduring Freedom. Even though it’s been seven months since the return of most of the soldiers, Sgt. 1st Class Zach Sarver of Cowden didn’t come home until August 15. The ceremony was especially important to him because he hadn’t seen his fellow soldiers since then. After coming home from deployment, guardsmen don’t drill for 90 days. Sarver would’ve drilled in December with his fellow soldiers, but instead he went to Army Mountain Warfare school in Vermont for two weeks. So on Saturday, he finally saw his Army buddies. His wife, Lindsay who is five months pregnant with their first daughter, and their sons, Jarett, 10, Jackson, 6 and Hayden, 11 months, were understanding when Zack volunteered to leave for another two weeks after being home for only a few months. Zack wanted more experience and education in training, and Lindsay was supportive of his choice to leave. Zack said it’s easier to leave for short periods at a time, but the longer he’s going to be gone, the harder it is to say goodbye. This is especially true for his oldest son Jarett. Zack said Jarett is finally understanding the concept of war, and saying goodbye gets harder each time. Lindsay said Jarrett adjusted well to his dad leaving. “He adjusted well, as well as expected,” Lindsay said. “It’s part of having an Army dad.” And although serving your country in a war is not easy, Zack said he feels the families have to do the most work. “We may be the ones at war,” Zack said, “but they’re making all the sacrifices.” Samantha Newburn may be reached at 217-347-7151 ext. 131 or samantha.newburn@effinghamdailynews.com.