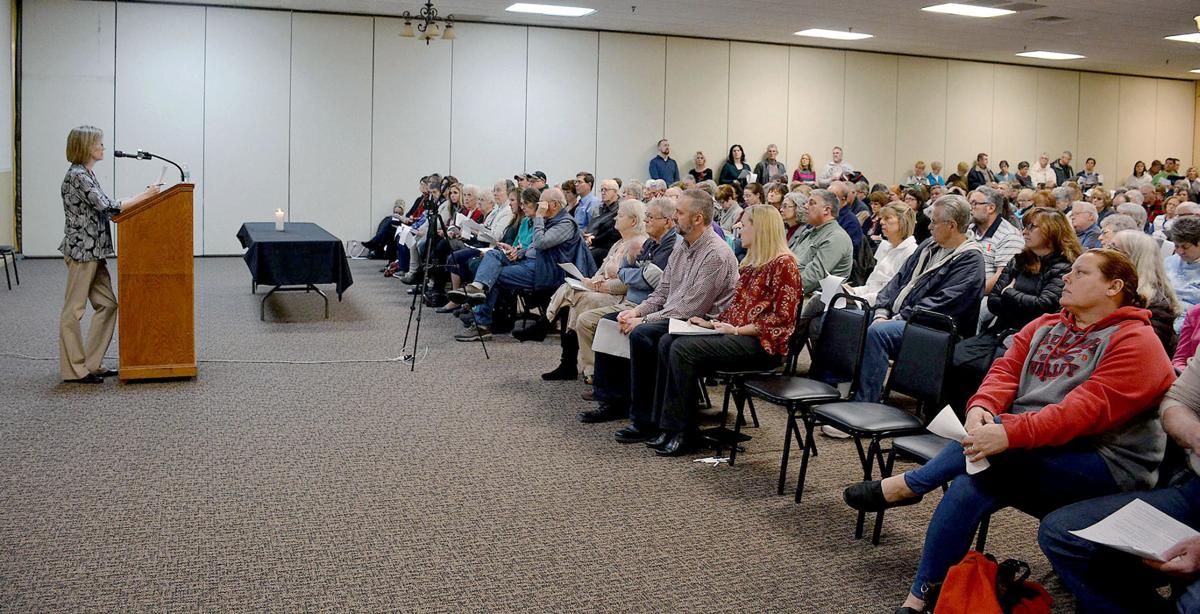 About 500 people attended a meeting at the Effingham Event Center about proposed abortion bills in Illinois.Crystal Reed photo 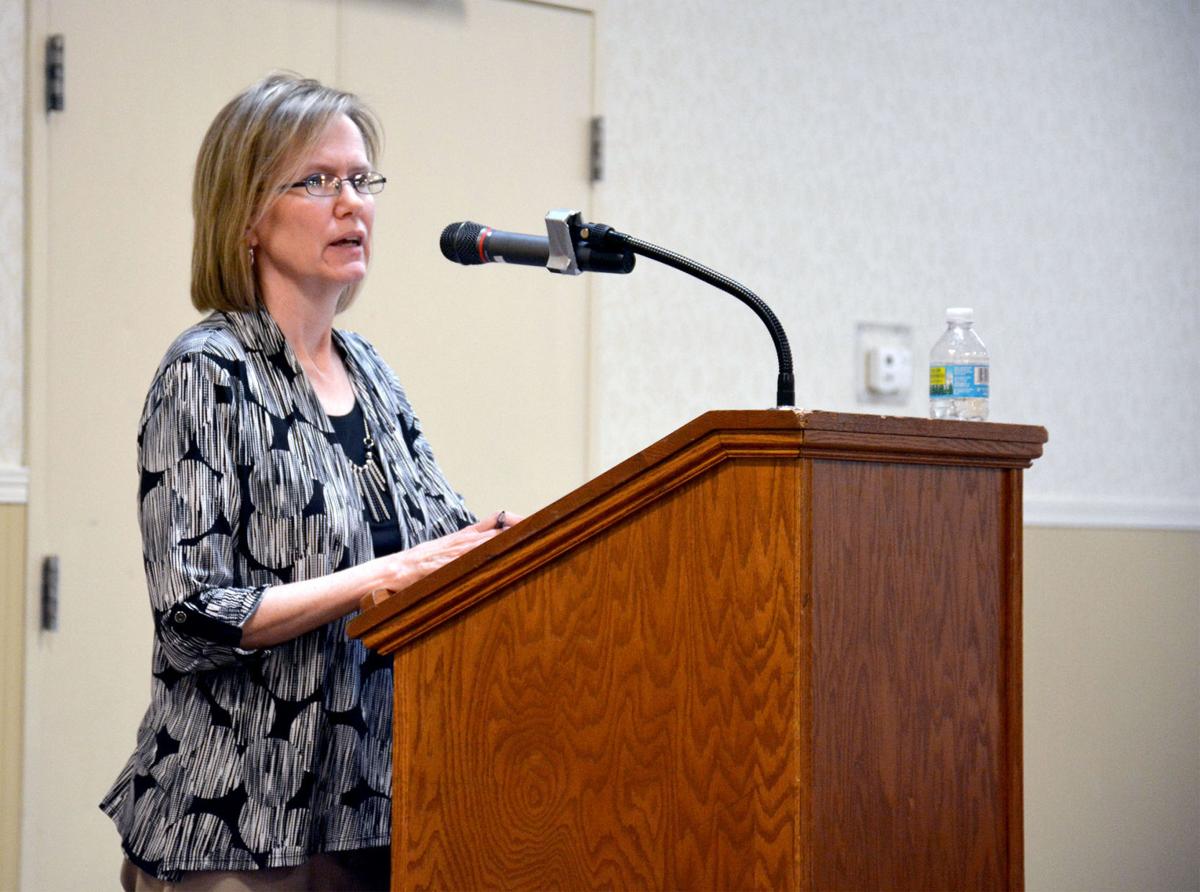 Crystal Reed | Daily NewsValerie Kemme, vice president of Effingham Area Right To Life, explains the two pieces of legislation that are of concern to the organization. Around 500 people were in attendance for the meeting.

About 500 people attended a meeting at the Effingham Event Center about proposed abortion bills in Illinois.Crystal Reed photo

Crystal Reed | Daily NewsValerie Kemme, vice president of Effingham Area Right To Life, explains the two pieces of legislation that are of concern to the organization. Around 500 people were in attendance for the meeting.

EFFINGHAM — About 500 people packed the Effingham Event Center Tuesday to oppose two bills that would provide greater access to abortion procedures in Illinois.

The bills are part of what is being called the Reproductive Health Care Act. Although there are bills in both the House and Senate concerning the Act, Wednesday’s event, organized by the Effingham Area Right to Life, addressed two bills in the House, HB 2495 and HB 2467.

HB 2467 aims to repeal the Parental Notice of Abortion Act while HB 2495 would remove restrictions on late-term abortions, require private insurance companies in the state to cover abortions and allow advanced-practice nurses to perform the procedures.

“Abortion is murder and we want to stop this bill if we can, especially if it allows full-term abortions,” said attendee Janie Probst, 71, of Montrose.

Proponents of the Reproductive Health Care Act say its purpose is to prohibit the state from intruding in a woman’s reproductive health care decision-making, whether that be choosing to carry a pregnancy to term or opting for an abortion procedure.

Among other statutes, the measure repeals the Partial-Birth Abortion Ban Act, which was struck down as unconstitutional, and Abortion Performance Refusal Act, which specifies that a medical professional who declines to recommend or perform an abortion procedure cannot be held liable for damages.

“Think about the people this will impact and the lives that this could end — who we have the right and the moral objective to support,” said speaker Theresa Rutherford, President and CEO of HSHS St. Anthony’s Memorial Hospital.

Some parts of the bills that concern her and the nonprofit Catholic hospital include the removal of conscious protections for pro-life doctors, nurses and hospitals that refuse to participate in abortions.

“This would affect our providers and nurses who deliver miracles every day,” she said.

“If this passes, our Catholic health care could cease to exist,” Rutherford said.

The hospital also is concerned the bills express that an unborn child has no rights.

“This proposal would repeal the Illinois Partial-Birth Abortion ban, leaving the question at what point during birth is the baby considered to have a constitutional and statutory protection,” Rutherford said.

“At St. Anthony’s, we take pride in providing our patients with high quality care that ensures patients safety at all times,” she said. “Removing licensure requirements and health and safety standards for these clinics is very concerning.”

People at the event spoke about how near abortions affected their lives and lives of others.

“I was 19 and almost had an abortion but I chose life,” she said. “I wouldn’t have my son and two grandchildren if I hadn’t chose life.”

Attendee Michelle Delhaute McGowan, President of In His Hands Orphan Outreach. She said she attended because the proposed legislation greatly affects an orphan and adoption agency she runs.

“We’ve had women who were eight months pregnant when they came to us and both said they would have had an abortion but it was too late,” she said. “If these bills go through, other women in that situation will be able to abort these children that can survive outside of the womb.”

Judy Repking, an Effingham Right to Life board member, encouraged those in opposition to these bills to call their state representatives and senators and ask them to oppose them.

Further events are planned, including a pro-life rally Wednesday, March 20, at the Capitol Rotunda in Springfield from 1:30 to 2:30 p.m. In addition, a local town hall meeting will be held March 10 at 2 p.m. at the Effingham Performance Center.

“It will be more than pro-life issues, but it will give us a chance to listen to the legislators and give some input on how valuable we feel this issue is,” said Repking.