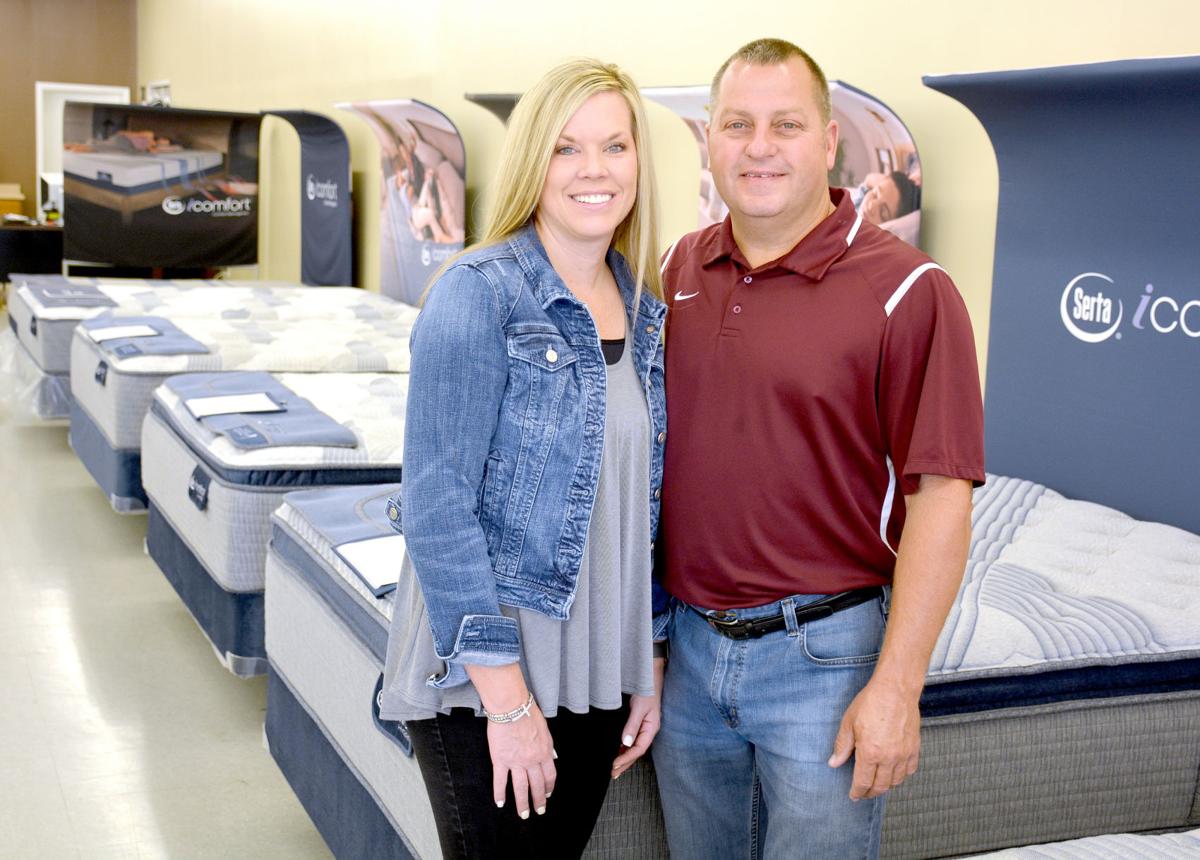 Angie Thompson, left, and Ted Thompson, right, of Effingham own America’s Mattress and The Cabinet Store in Effingham. The couple is formerly from Vandalia and have plans to expand their kitchen cabinet and countertop display area. Charles Mills photo 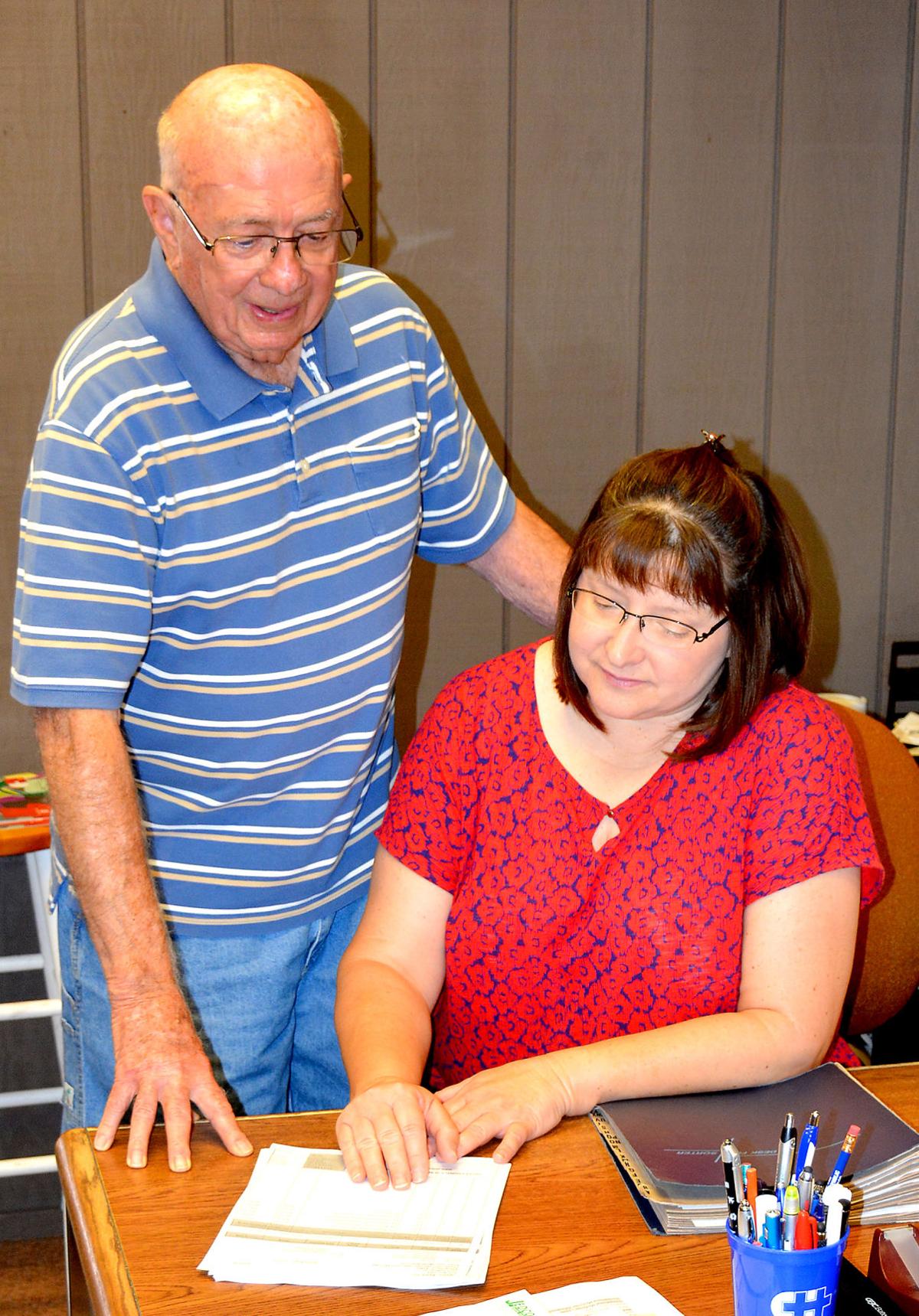 Angie Thompson, left, and Ted Thompson, right, of Effingham own America’s Mattress and The Cabinet Store in Effingham. The couple is formerly from Vandalia and have plans to expand their kitchen cabinet and countertop display area. Charles Mills photo

Effingham and Effingham County has seen several changes over the years. From the popular mall era of the 1970s and 80s, to the closing and opening of industries, the county has had its share of ups and downs.

The area seems to have a special appeal that lures people – whether it’s the natural habitat at Ballard Nature Center, beautiful Lake Sara and other amenities, or the job opportunities that abound, and the resources available to train for new positions.

In Section C of Saturday’s paper, you’ll find the second part of the the Effingham Daily News series, “Heart of the USA.” It explores some of the reasons that people and businesses are lured to Effingham County.

Angie and Ted Thompson, formerly of Vandalia, came to Effingham frequently as they were growing up. It was the indoor carnival that once was an attraction at the Village Square Mall that first lured them.

“As kids we would come to the mall when it was busy,” Angie Thompson said. “It was a treat for us to come to enjoy the amusements at the Lincolnland building.”

“And as a kid, it always seemed like Effingham was a big city compared to where we came from,” she added.

The couple had a furniture business in Vandalia, and later opened a mattress store in Effingham.

“We looked at Springfield, Mt. Zion and here,” Ted Thompson said. “And we choose here. The town is always flourishing over here.”

Another major reason they made the move was the atmosphere of the city itself.

“I really like the support of the community,” Angie Thompson said. “It is very different here.”

Angie Thompson said people who don’t own a business in Effingham may not realize the outpouring of support generated by residents and other local businesses.

“You’d be surprised how many people come through the door and say, ‘We want to keep our business local,’” Ted Thompson said. “We didn’t have that at our other location.”

“Talking to other businesses people in the community, they are very optimistic and want you to succeed,” Angie Thompson said. “That’s why we have put our focus on Effingham.”

“We’ve never had that before,” Ted Thompson said.

The Thompsons opened Effingham America’s Mattress 11 years ago. A little over two years ago, they moved to Effingham themselves.

“We decided if we were going to be in business, we’re going to live in town and be a part of the community,” Ted Thompson said.

The Thompsons also own The Cabinet Store, located in their America’s Mattress store. They want to expand their custom kitchen cabinet business, which features quartz and granite counter tops. Ted Thompson said he wants to renovate his showroom over the winter months and has held off promoting and marketing the cabinet and counter part of the business until the store renovations are complete.

“With my background of 12 years owning my own construction company building over 70 custom homes along with my 18 years of designing and selling custom cabinetry, I have a lot of knowledge to offer,” Thompson said. “I think expanding the cabinetry businesses will help the community and create a new avenue for people.”

Their son, Drew, is a junior at Effingham High School. He looks forward to playing basketball this season.

“His love is basketball,” Ted Thompson said. “That’s what he likes and he works hard at it all of the time.”

The couple have another son, Dalton Wehrle, who lives with his wife, Shelby, in Vandalia. They have three children, Weston, Cooper and Sloane.

“The people here make you feel wanted and appreciated,” Ted Thompson said. “It’s a totally different mindset. Effingham has always something going on.”

“Its been a good move for us,” his wife added.

James Dial and his wife, Rita Ann, moved from St. Elmo to Mattoon, where he worked out of his house as an insurance claims adjuster for General Casualty. But his heart was in Effingham County, where he loved to go fishing at Lake Sara.

“I like to fish,” Dial said. “Lake Sara is the best fishing lake I’ve ever found.”

Dial said his family was growing, with the birth of three children. He thought it was time to find a larger home. His wife’s family lived near Teutopolis area. The couple moved to the Effingham area in 1966.

Dial was still working as a claims adjuster when he moved to the Effingham area. After 24 years as an adjuster, he took a job at Yellow Freight.

“I worked there until they left town,” Dial said. “And that wasn’t very long.”

He started JEDCO – James E. Dial Company – Sales, Inc. in 1982 out of the basement of his house. His wife was co-owner and bookkeeper. Now 84, he retired w hen he was 78. JEDCO is now owned by his son, Tom, and grandson, Andrew.

“All of our family is here,” Tom Dial said about the Effingham area. And the Effingham company founded by a fisherman lured to the area now sells to customers near and far.

“With the internet, we sell to people in California, Canada and the east coast,” Tom Dial said. “There is really no limit to where we can sell.”

In retirement, James Dial no longer fishes at Lake Sara. He takes his lures to different waters.

“I fish out of town,” Dial said. “That’s part of being a fisherman. You never fish in your back yard.”