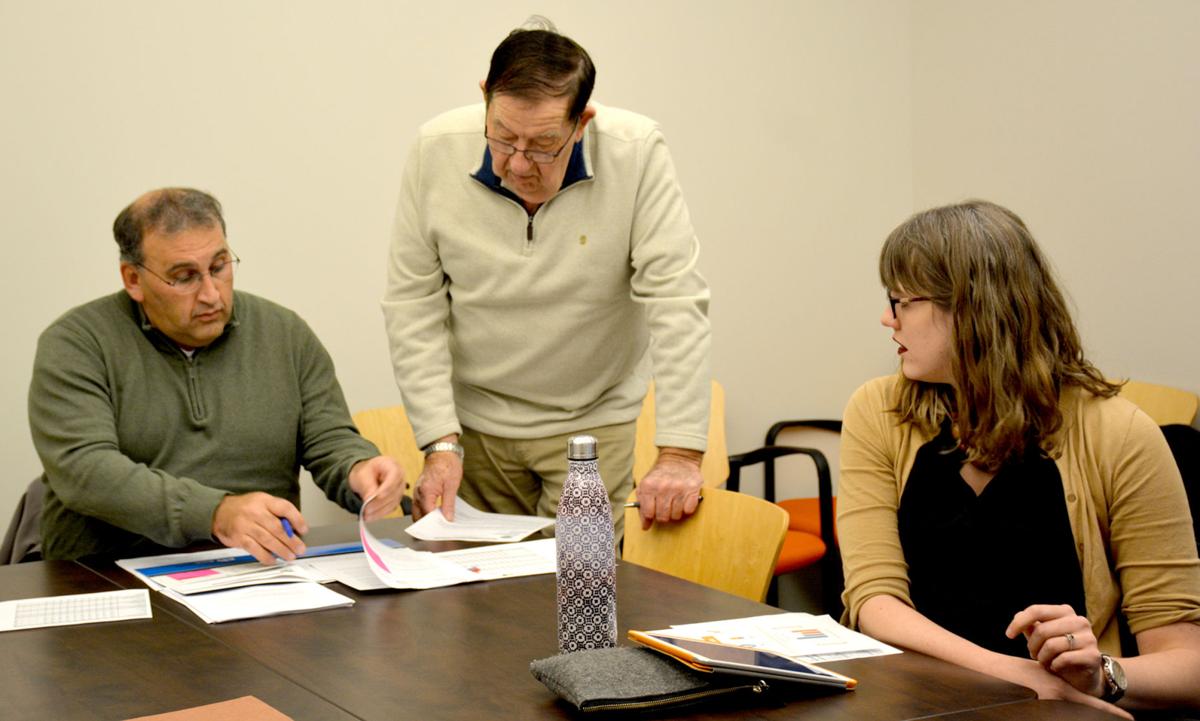 The former Helen Matthes Library, located at Fourth Street and Market Avenue, now has new owners and will undergo an extensive renovation and be leased to CEFS Headstart.

The former Helen Matthes Library, located at Fourth Street and Market Avenue, now has new owners and will undergo an extensive renovation and be leased to CEFS Headstart.

EFFINGHAM — The former Helen Matthes Library has a new owner.

With a single sealed bid to open, the Effingham Library Board accepted a proposal to sell the former library building that’s been empty since 2015, on Monday.

Community Opportunities, based in Nokomis, a regional not-for-profit title holding corporation, will be the new owner of the former Helen Matthes Library, located at 100 East Market Ave., Effingham.

The organization is such that it holds titles of properties and leases it to not-for-profit groups. It currently has seven facilities that it owns and leases to such groups.

In the library’s situation, after an extensive renovation, the building will be leased to CEFS Economic Opportunity Corporation’s Head Start and Early Head Start programs, Community Opportunities reported on Monday.

The bid was for $150,728. The board of trustees signed an agreement to purchase with Community Opportunities, with a closing date to come within 60 days. The anticipated renovation work is expected to take at least nine months.

In January, the library board agreed to lower the minimum acceptable asking price bid from $375,000 to $150,000, with preference going to bidders with a non-profit status. The Market Avenue location became empty in 2015, after the library relocated to a newly renovated building at 200 North Third St.

Library Board Co-President Matt Greider asked if the board wished to enter into closed session, but it was unanimous that the previous extensive conversations were adequate and the board agreed to accept the sole bid.

Community Opportunities provided a 10 percent down payment to start the process.

Paul White, an independent contractor for Community Opportunities, Inc., said the building will be a good location for attracting the clientele that will end up leasing the building.

“Our intentions are to renovate the old former library extensively, then lease it to CEFS Head Start and Early Head Start programs,” said White. “Both of those programs will be brought into this facility to serve approximately 60 low income children, as we move forward,” said White, after the meeting.

Currently, students are housed at West Side School, but Unit 40 needs that space, and they have let CEFS know about that, so it could find another location for its students.

CEFS then contacted Community Opportunities for help and the organization searched for and agreed upon this space.

“The location of this building in the center of town will be good for parents who will dropping up and picking up students,” said Leonard Waldhoff, treasurer for Community Opportunities. “It will be close by other school buildings for parents dropping off their children.”

Community Opportunities, Inc. will work with the architectural firm of Utz & Associates, Architects of Effingham to perform a formal needs and options report with cost estimates related to the structure along with mechanical, electrical, and plumbing facility assessments.

“Our plans are to have the architectural firm to continue their work on developing the project scope of work and to oversee the work, in the following sequential phases: schematic design, development design, construction document, contractor bidding and negotiation, and construction administration,” said Community Opportunities Board President Nelson Aumann, in a release.

Library Director Amanda McKay said this use will be a good fit for the community.

“We’re really excited that Community Opportunities and CEFS together are working on this project,” said McKay. “When Mayor Paul Eiche donated that money to create that building, in honor of his mother, it was for education and literacy, so I feel this is a good transition and a good opportunity.”

Paul Eiche served as Effingham mayor from 1919 to 1923. His mother, Helen Matthes, was married to Richard Eiche. It was Paul Eiche’s bequest from his estate that helped form the library in 1956.

The sale will also help ease the debt of the current Effingham Public Library.

Once the final sale is complete, McKay said the funds will help reduce the current library’s mortgage payment bringing it from $98,000 annually to about $60,000 annually. Payment terms on the existing mortgage will remain the same.

In another matter, McKay said the tax rate for the Effingham Public Library will remain the same as last year, but the levy will go up, with more revenue will be generated because the equalized assessed valuation has increased in Effingham.

“Obviously, selling this property and reducing our (mortgage) payment, will help out next year and in future years,” said McKay.

McKay said these funds will help pay the increased minimum wage the library will be paying out each year until 2025, when it peaks at $15 hour for minimum wage.