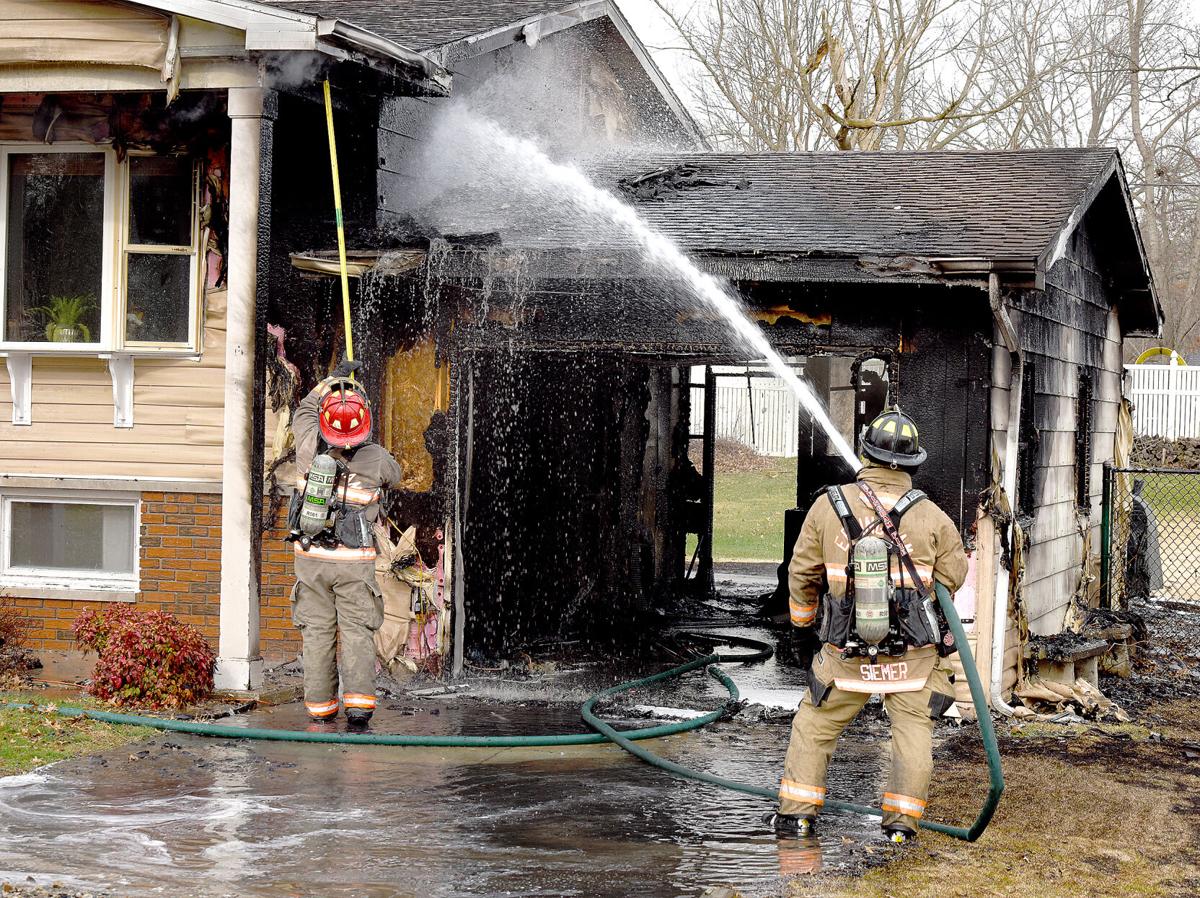 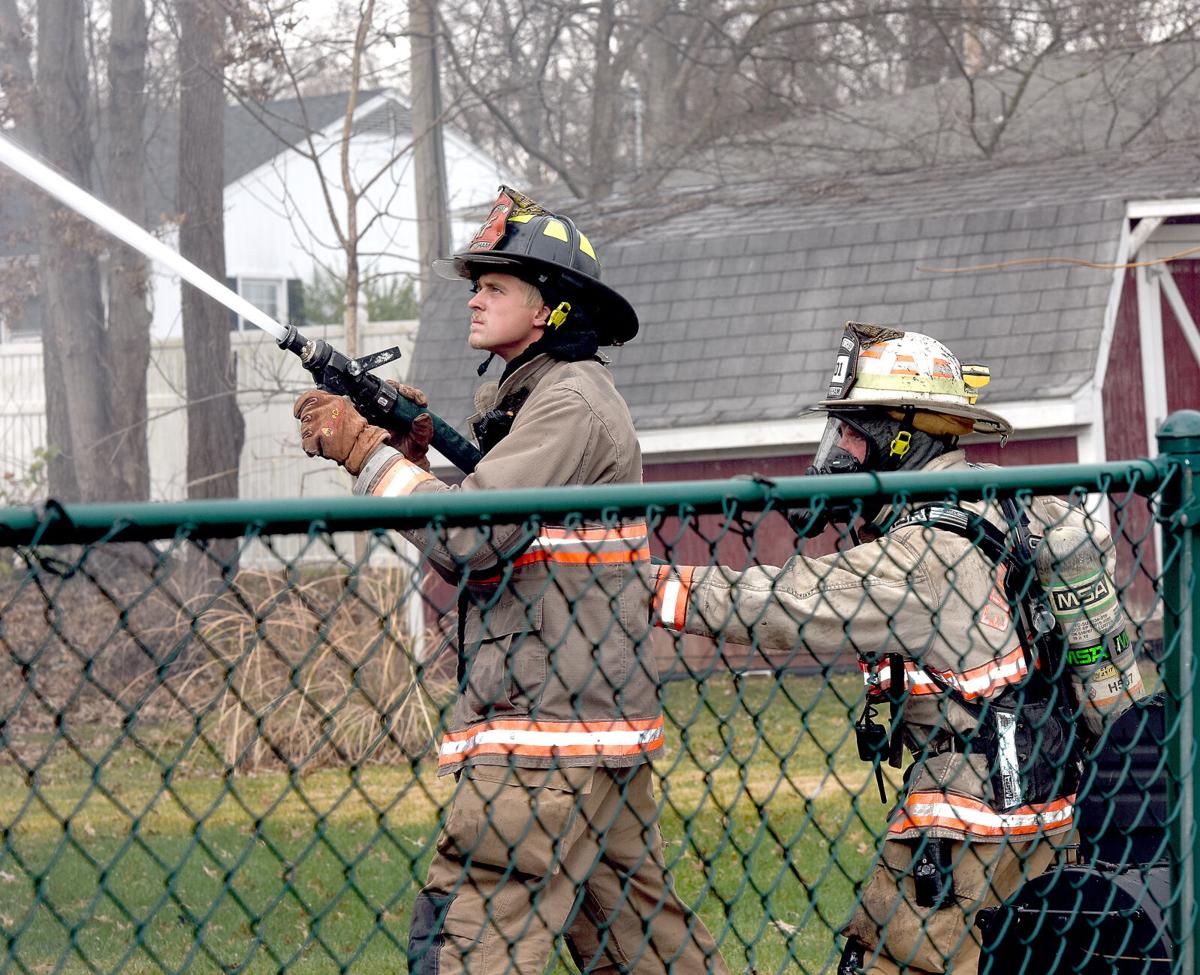 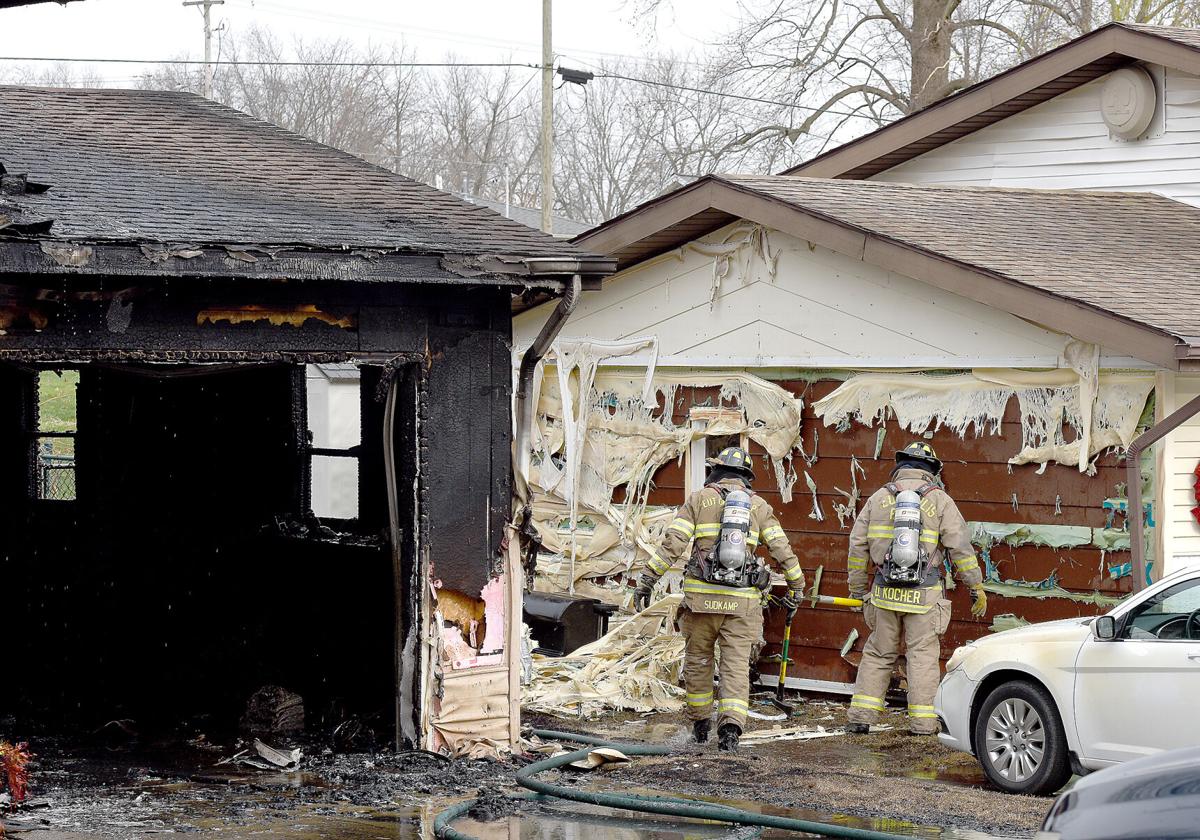 EFFINGHAM — A Tuesday morning fire did an estimated $100,000 in damage to one property while the residence next door received an estimated $15,000 worth of damage, according to Effingham Fire Chief Bob Tutko.

The Effingham Fire Department responded to a call at 1006 East Grove Avenue at approximately 11 a.m.

The fire started in an attached garage, according to a preliminary investigation report by the Effingham Fire Department. The report said the homeowner was in a lower-level family room when he smelled smoke and noticed a haze. The homeowner said he went upstairs and witnessed a large amount of smoke in the second-floor kitchen before exiting the home. The homeowner then saw heavier smoke coming from the garage. When he opened the garage door, the garage burst into flames. However, he was able to remove the truck. The name of the homeowner was not available Tuesday.

Tutko said a high wind spread the fire into the kitchen and attic area of the house and extended the fire to a neighbor’s attached garage at 1008 East Grove Avenue.

Tutko said the fire is being classified as accidental with the likely cause to be an electrical issue in the attached garage at 1006 East Grove Avenue.

“We actually had two fires going at the same time,” Tutko said. “We extinguished the fire on both the outside and inside of both residences.”

“The arriving crews did an outstanding job in controlling the fire and preventing a total loss of the home,” he added.

“Effingham Police Officers who arrived on the scene were given a second-hand line to knock down the fire that had already spread to the neighbor’s home at 1008 East Grove,” said Tutko.

Tutko said four firefighters from Teutopolis Fire Protection District arrived on scene to assist, as did Abbott EMS and Ameren.

“A lot of things occurred simultaneously in order to effectively bring the fire under control quickly and without injuries to citizens or our firefighters and police officers,” Tutko said.