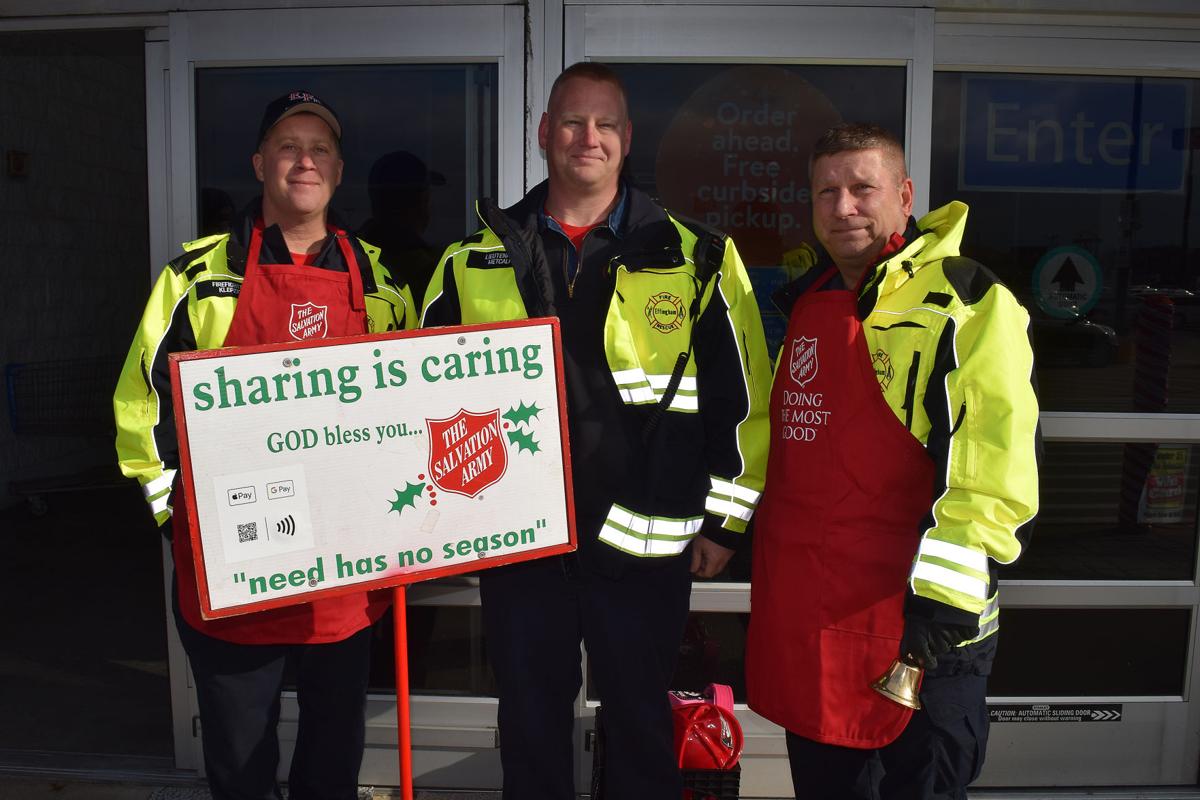 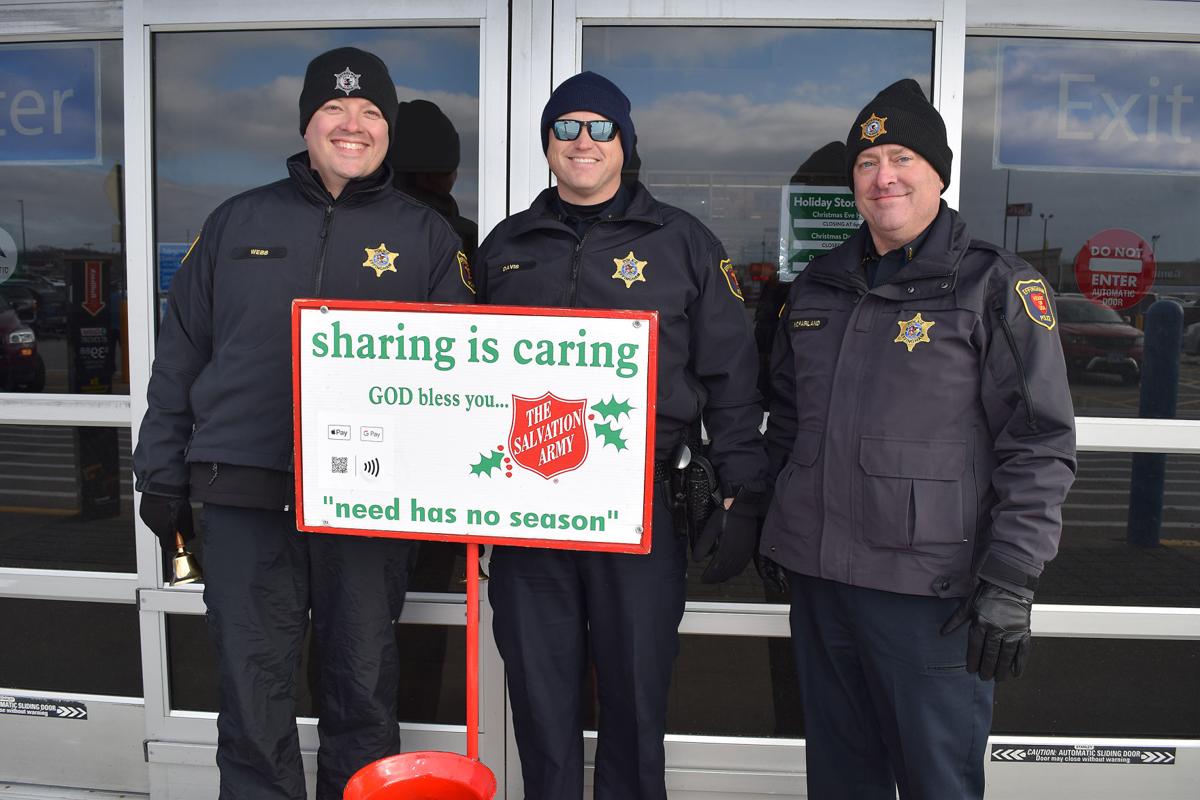 The red kettle is a prominent feature around the holiday season for the Salvation Army that is accompanied by volunteer bell ringers.

On Friday for two hours at Walmart, those ringers were members of the Effingham fire and police departments.

The organization raised $38,000 last year, which was was used for utility assistance, medication assistance, gas to doctor’s appointments, Christmas assistance for children, food assistance and other needs on a case-by-case basis, according to Elaine Griffin, Service Unit Secretary for Effingham County Salvation Army.

The Salvation Army hopes to raise $40,000 this year, and takes donations throughout the year.

Deputy Police Chief Kurt Davis said that he thinks that the effort shows that the department is supportive of the community.

“The Salvation Army does a lot of great things for the community,” Davis said. “And the community recognizes the bell ringers at Christmas every year.”

Steve Miller, who dropped a donation into the kettle, said that he gives to the Salvation Army every year.

Leonard Briggs another giver to the kettles during that two hour period said that he just felt like giving.

Griffin said the two departments raised $1,000 within two hours of ringing. The police department ended up raising more than the fire department did.

”By both of our departments bringing in money, Salvation Army is the real winner of this,” Fire Chief Bob Tutko said.

If you are interested in volunteering your time to fill the red kettle, Griffin said the organization is taking names for next year and for fill-ins for this season. To volunteer, call the Effingham County Salvation Army at 217-342-5434.