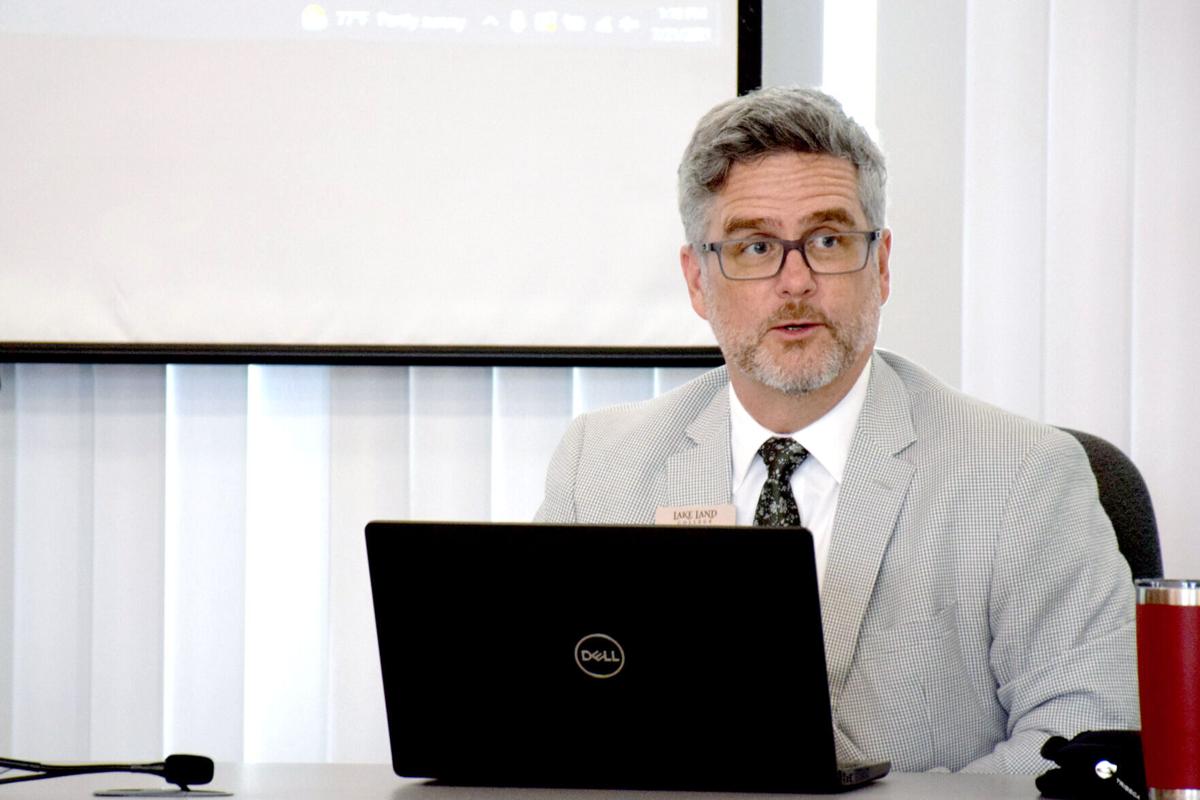 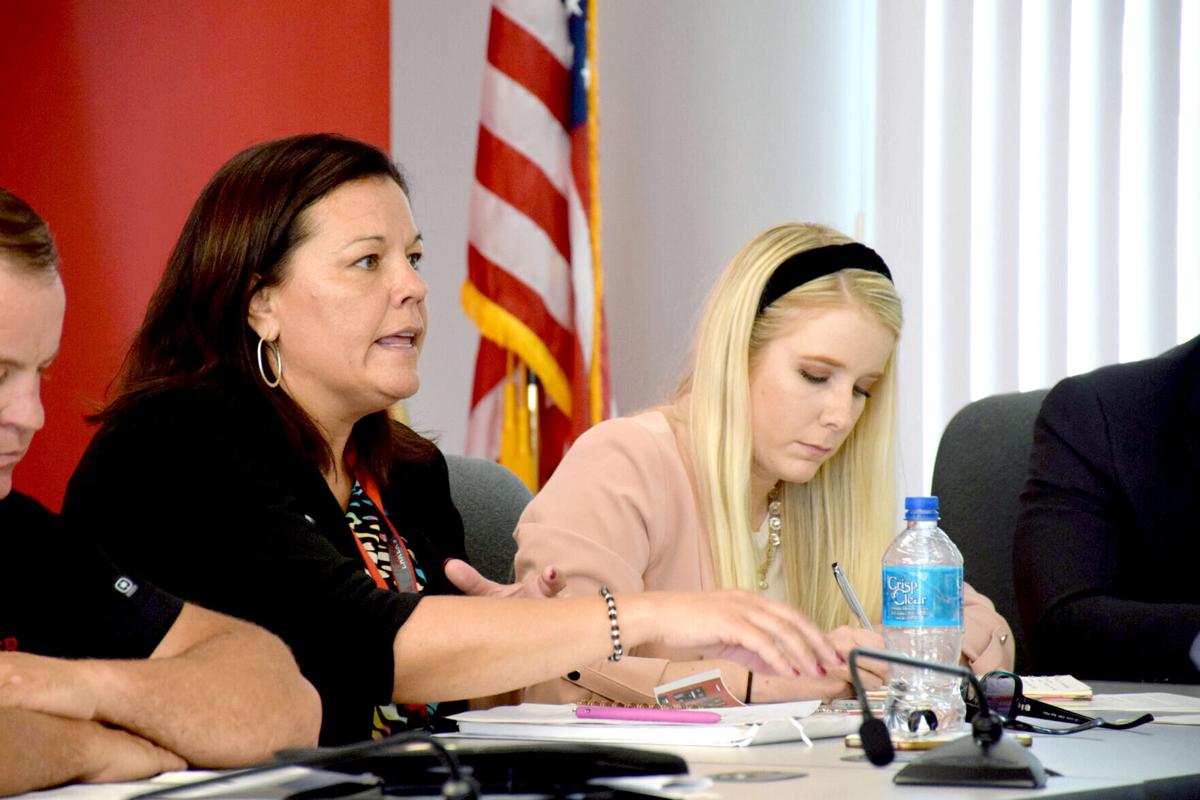 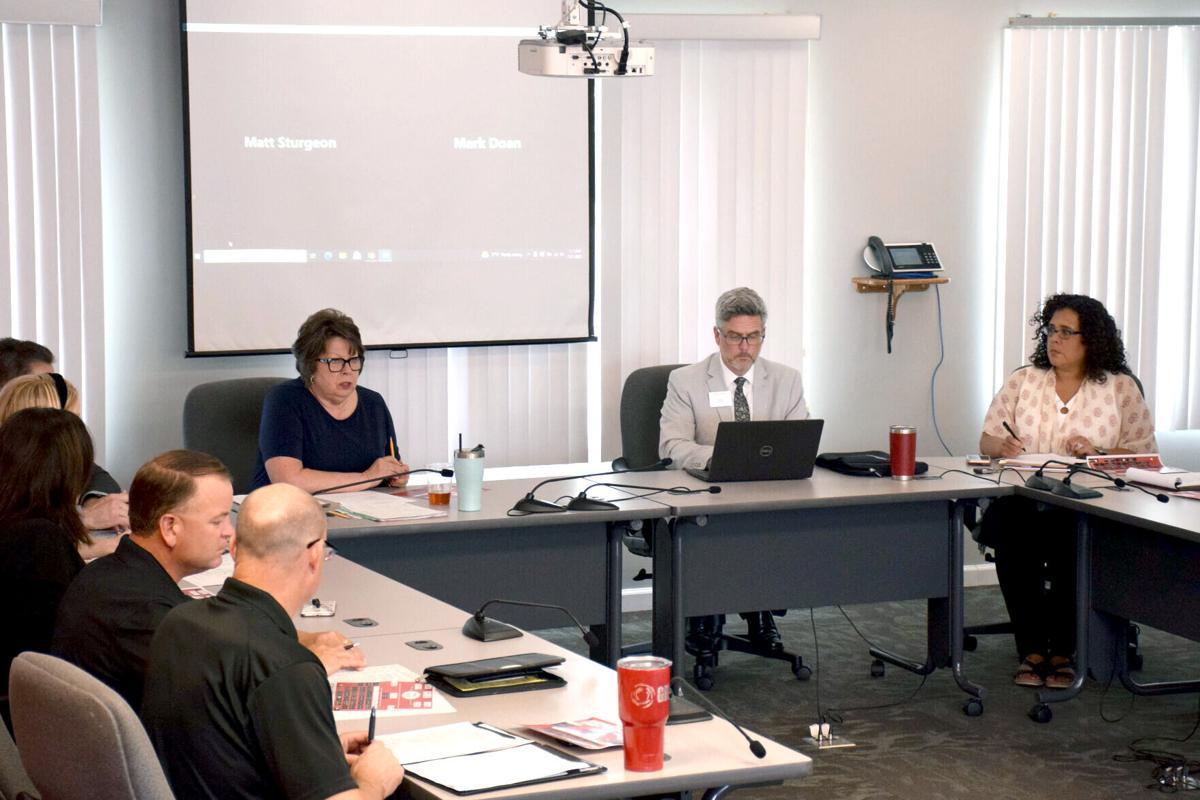 Board President Norma Lansing, Lake Land College President Josh Bullock and Effingham County Chamber of Commerce President and CEO Lucinda Hart are among those at Wednesday’s meeting of the ERCA board of directors.

Board President Norma Lansing, Lake Land College President Josh Bullock and Effingham County Chamber of Commerce President and CEO Lucinda Hart are among those at Wednesday’s meeting of the ERCA board of directors.

The Effingham Regional Career Academy will begin offering classes to high school students in the region during the spring 2022 semester.

This is one of the first student-facing steps to establishing the career academy, which has been in the works for years.

The classes will be available to high school students at participating districts. There are 14 school districts that have agreed to participate in the ERCA, though the details of whether they will offer classes in 2022 are still being worked out.

“We’re going to rely heavily on our high school counselors,” said Dieterich Unit 30 Superintendent Cary Jackson, when asked how students can learn more about the classes.

Jackson represents his district on the ERCA Board of Directors and is a co-chair of the board’s Programs and Curriculum Committee.

“We thought this would be a good way to dip our toes in the water,” he said.

The classes are offered in each of the ERCA “Career Pathways,” which are agriculture, health, technology, manufacturing and transportation.

The classes will be taught online by Lake Land instructors for dual-credit, earning students both college and high school course credit.

“We’re trying to blend that with some in person,” said Jackson.

This is the first development of the ERCA curriculum that will eventually include more classes and programs offered to high school students and people already in the workforce.

Jackson told the rest of the ERCA board about the classes at their first in-person meeting since January 2020 on Wednesday.

The board is a who’s who of business and education leaders from the Effingham region and includes representatives from several school districts, including Teutopolis Unit 50, Dieterich Unit 30, Effingham Unit 40 and Lake Land College. It also includes representatives from the Effingham County Chamber of Commerce and businesses, including The Equity, Siemer Milling, Rural King, HSHS St. Anthony’s Memorial Hospital and more.

The meeting was also the first since ERCA was denied a grant that would have paid for a new dedicated 40,000-square-foot facility next to the Kluthe Center for Higher Education & Technology in Effingham.

Undeterred, the board still says it will open a 30,000 to 40,000-square-foot facility, according to Josh Bullock, president of Lake Land College.

Bullock said it won’t be easy to fund and build a school of that size with an estimated 24-month build time.

“We have a lot of things to accomplish in a short window,” he said.

The entire ERCA project will cost around $12 million, which includes building the facility and other costs such as setting up curriculum, according to Board President Norma Lansing.

Outside of informal updates and a chance to meet face to face, the board took one formal action at its Wednesday meeting. The motion directs the board’s operations committee, led by Effingham Unit 40 Superintendent Mark Doan, to investigate creating a procedure for taking official action by email, in place of a formal meeting.

“Many times there are decisions that need to be made and we don’t want to hold off until October,” said Lansing at the meeting.

The Illinois Open Meetings Act, which the ERCA board is subject to, requires that government bodies’ meetings be open to the public and that a physical quorum of members be present for a meeting.

As of last year, there is an exception allowing for virtual meetings when the governor and state department of health issue a disaster declaration for reasons related to public health concerns. The state is currently under such a declaration, issued on June 25.

Doan said that he will investigate what the options are for virtual meetings and that he was aware of the Open Meetings Act requirements.