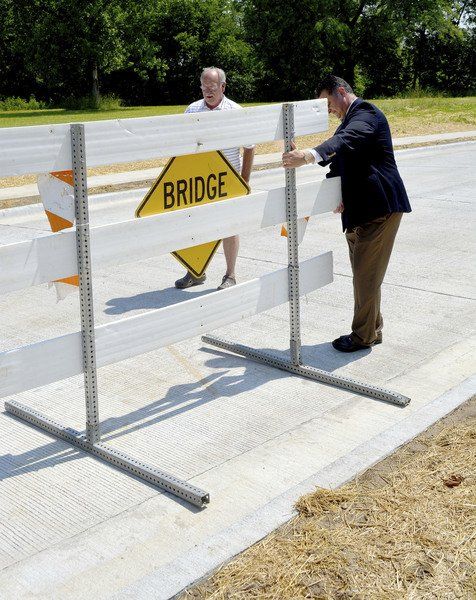 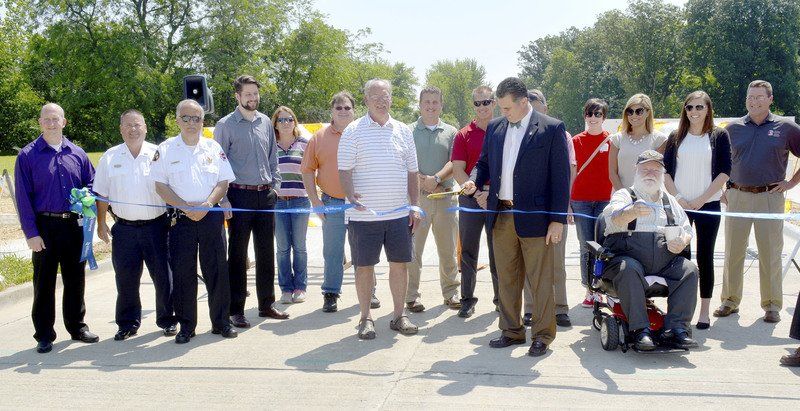 EFFINGHAM — The folks who live on the south end of Red Oak Street in the Woodland Heights subdivision are pleased that the Blohm Avenue extension is finished.

"I think it's good for the neighborhood," said Kate French, who lives on the corner of Red Oak and Blohm. "We're all excited about it."

Marcia Stofer, who lives right across the street from French, said the 624-foot extension, which passes through a wooded area between Slate Creek Apartments and Woodland Heights, will give residents a much-needed second way in and out of the neighborhood.

"We really needed this new road," Stofer said. "Hendelmeyer Avenue is a very busy street and pulling out on it can be a problem."

Before city officials opened the extension Tuesday, the only way in and out for Woodland Heights residents was Hendelmeyer.

The $1.1 million project began in 2010, when the existing portion of Blohm was upgraded between Hoffman Drive/Fourth Street and Veterans Drive. That phase cost $600,000. Design on the second phase began in 2012. The next year, a four-foot concrete culvert was installed through a creek bed. With earthwork done to bring the road to grade, that portion of the project cost $183,000.

The third phase, construction of the new road, began last year and was recently completed at a cost of $335,000.

"Is this a great looking street or what?" asked Mayor Jeff Bloemker.

The Coleman family, which lived for decades near what became the west end of the new road, and the Effingham VFW, sold land to the city for the project. The VFW also allowed contractors to use its land for staging and construction.

Bloemker said there may be additional stop signs installed in the area, but not until studies are done.

"The city plans to allow the new traffic patterns to be established and monitor the (daily) traffic counts before addressing stop sign issues within the subdivision," the mayor said.