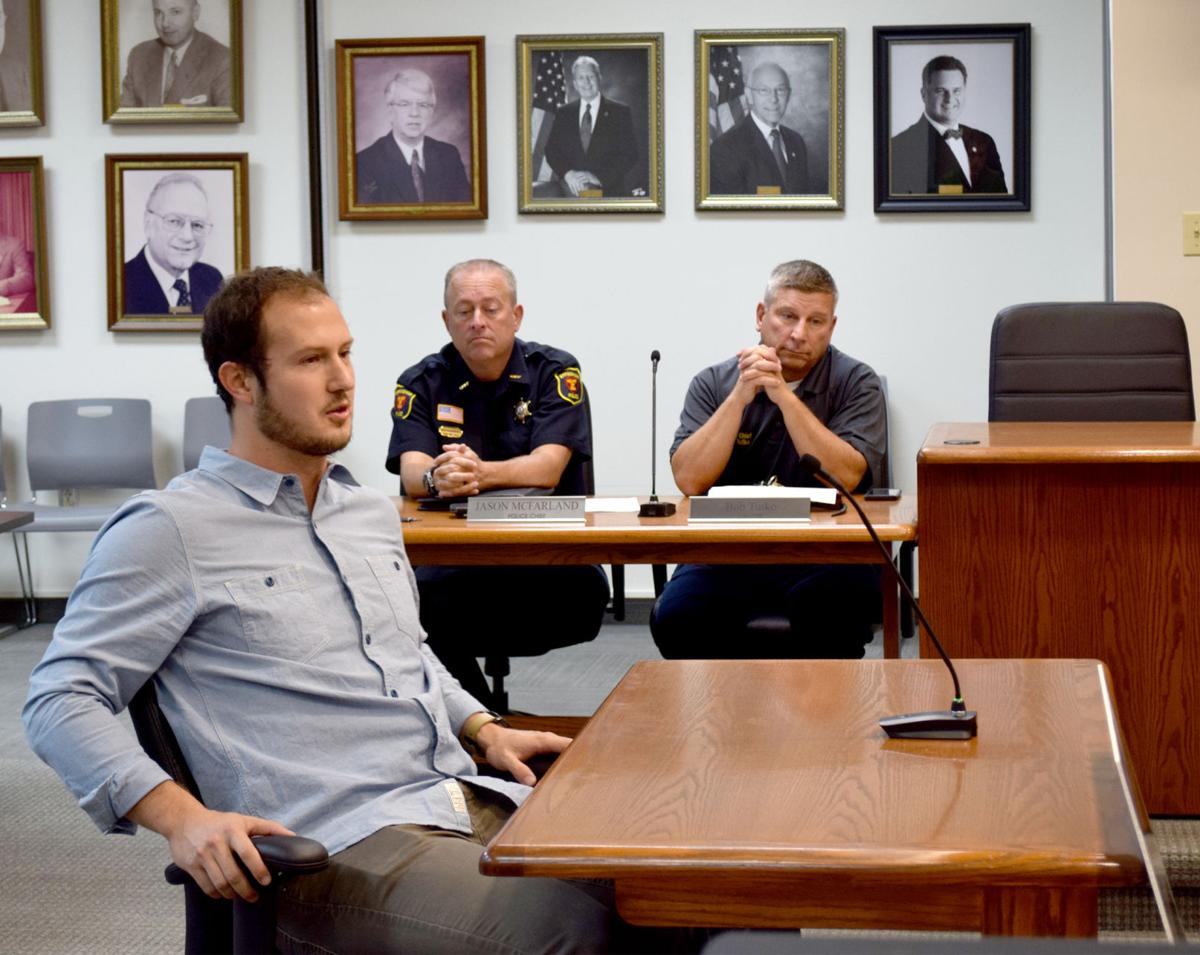 Michael Brummer asked the Effingham City Council for assistance using the city’s facade rehabilitation program as a part of his a major renovation of the building at 214 W. Jefferson Avenue. Dawn Schabbing photo 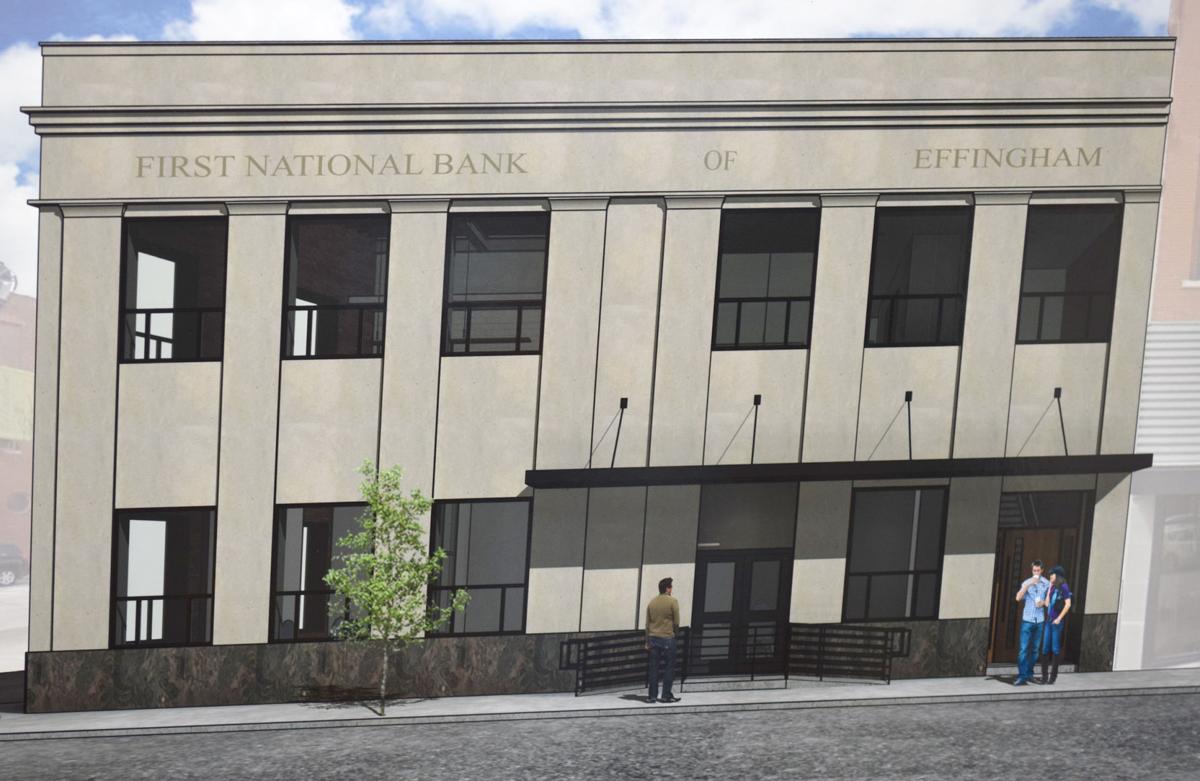 Shown is an artist's rendering of the look of the property at 214 W. Jefferson Ave., Effingham, once completed.

Michael Brummer asked the Effingham City Council for assistance using the city’s facade rehabilitation program as a part of his a major renovation of the building at 214 W. Jefferson Avenue. Dawn Schabbing photo

Shown is an artist's rendering of the look of the property at 214 W. Jefferson Ave., Effingham, once completed.

EFFINGHAM — The City of Effingham on Tuesday heard a request for funding through its facade rehabilitation program for improvements to another downtown historic building.

The former First National Bank of Effingham, located at 214 W. Jefferson Ave., has been under renovation for several months. The owner plans to create four apartments upstairs and have commercial space available downstairs.

The developer, Michael Brummer, said he has a vision for the project and he wants to see more growth for Effingham’s downtown.

“I love Effingham and I have a vision for a vibrant Effingham that has people living, walking and working in the downtown area,” said Brummer. “Any good downtown is a testament to a good community. And I think Effingham has the best community.”

He said he wants to see the downtown growth continue and his project with “an iconic, very visible building” is where his project is underway.

Brummer said the building was built by the Austin brothers in 1890, but it hasn’t been brought up to code in recent years.

“We are restoring it to its original elegance,” said Brummer.

The upstairs will have four loft apartments, with exposed bricks and raw elements and its original architecture. The downstairs will have an open space for commercial, retail or office space, he said.

Economic Development Director Todd Hull said if the council approves to use up to $50,000, it would go toward new windows, creating a handicap accessible ramp and railing, a new entry door, awnings, clean the facade and adding lights.

The total cost of the facade improvement project is $108,145, but the city’s facade rehab program only allows up to $50,000 or 50 percent, or whichever is less, toward the cost of the project.

Commissioner Larry Micenheimer said, “It is a great investment for downtown. We’ve made a lot of progress.”

Brummer said, “I’d love to see people in the evening time walking about and talking with each other. That would be ideal.”

Hull said the city has budgeted $100,000 for such projects. It is waiting on documents on another project it committed, but there is sufficient funds to take this project as well. A vote on funding this facade project will come Oct. 15.

In other business, the council heard from Brendan Blume with Green Thumb Industries, which operates The Clinic Effingham. The business has been in the medical cannabis business for three years.

“With the bill that passed in June, making adult use sales (recreational cannabis) legal as of Jan. 1, we will be seeking an ordinance to allow adult use sales in Effingham at our current location,” said Blume.

He asked to be put on the next meeting’s agenda on Oct. 15 for public discussion. He said his presentation would share what the company intends to do if Effingham approves the measure to allow recreational cannabis.

In other matters, the City Council: