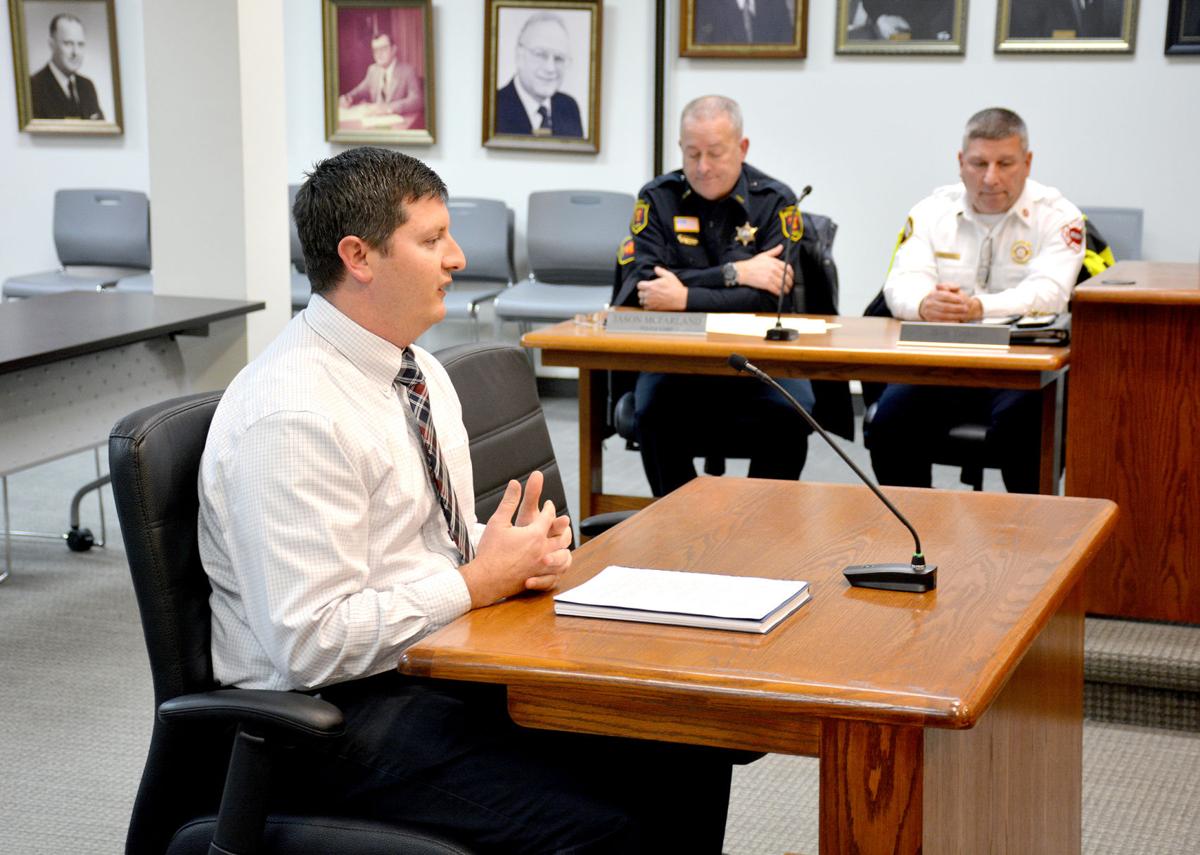 Financial Auditor David Faller with West & Co. speaks to the council about the “clean opinion” the city received. 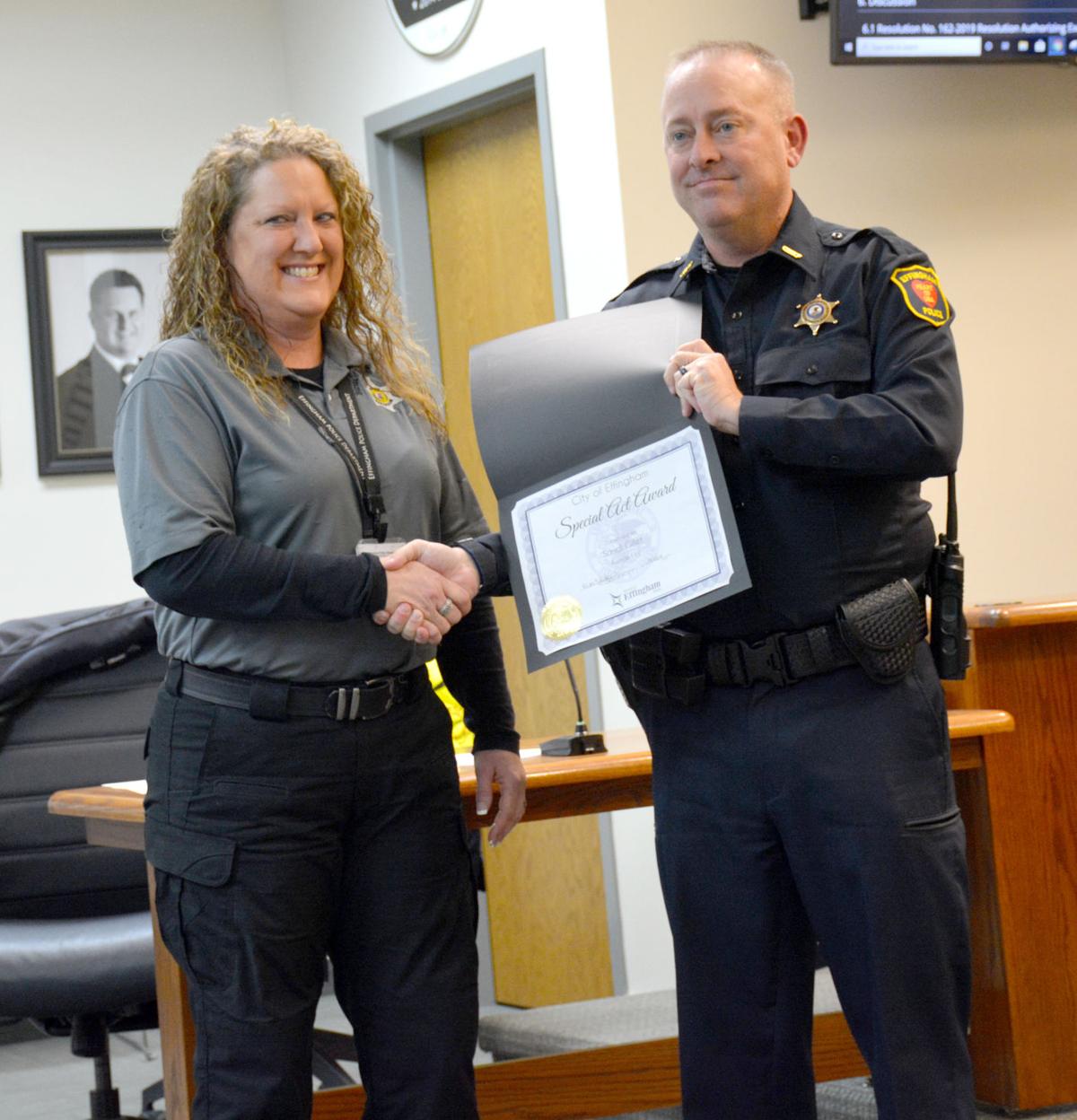 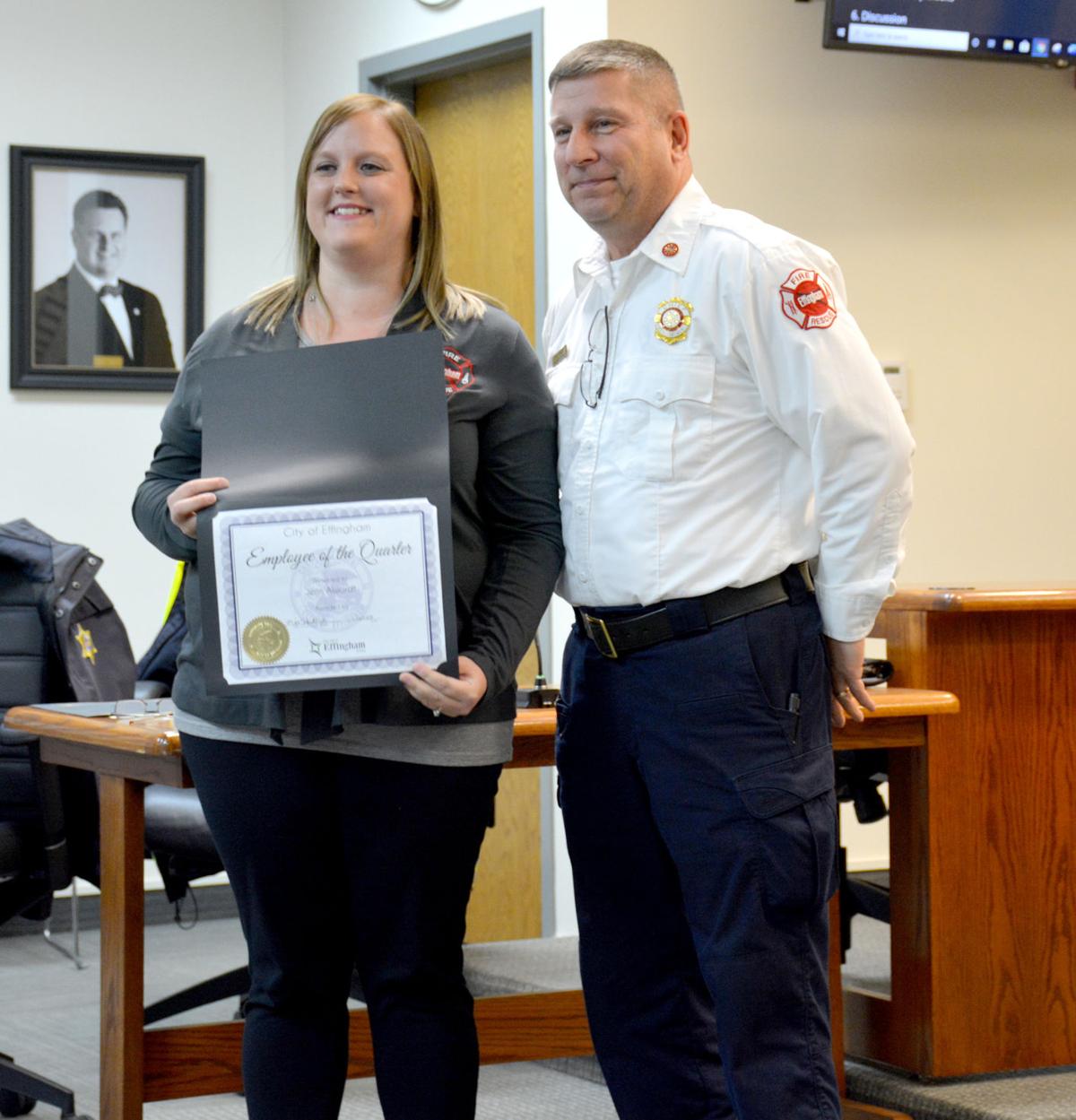 Jenn Alwardt, executive secretary for the Effingham Fire Department, was named Employee of the Quarter and recognized by Effingham City Council on Tuesday. Standing next to her is Effingham Fire Chief Bob Tutko.

Financial Auditor David Faller with West & Co. speaks to the council about the “clean opinion” the city received.

Jenn Alwardt, executive secretary for the Effingham Fire Department, was named Employee of the Quarter and recognized by Effingham City Council on Tuesday. Standing next to her is Effingham Fire Chief Bob Tutko.

EFFINGHAM — The City of Effingham may have approved the selling recreational cannabis in the new year, but its employees better come to work drug free.

The City Council has approved an ordinance that amended the municipal code to state that the City of Effingham will be a drug free workplace. The amendment to a 2011 ordinance that adopted a revised personnel policy manual on Tuesday.

The revision now includes that employees can’t be under the influence of cannabis at work.

According to the ordinance, the city is committed to reducing the problems created by drugs and alcohol in the workplace. For that reason, the city requires that employees be free of alcohol and illegal and legal drugs at all times while on duty.

This list includes among others, medical cannabis, recreational cannabis, and/or alcohol. The reasons for the ordinance is because these items could cause harm to an employee, create a safety hazard for an employee, co-workers and citizens; and cause reduced productivity and costly mistakes.

Drug and alcohol testing may be randomly done with this policy.

In November, the council narrowly approved the sale of adult use recreational cannabis after several lengthy discussions and public input.

While there are still matters to be handled before sales can even happen in Effingham, the next step is to have the city make a determination of cannabis business establishment locations, which includes zoning, special-use permits, if needed, and rules and regulations pertaining to the time, place, manner and the number of business establishments.

In other matters at the meeting this week, the council set its tax levy for 2019, payable in 2020. The city’s portion of the levy is 2.5 percent more than it received last year.

City Administrator Steve Miller said the tentative levy amount is expected to be $3.765 million for the city. Including the library’s levy, the full amount is expected to be $4.719 million or 2.68 percent increase. The 2.5 percent increase is estimated to bring almost $92,000 more than it received last year. Including the library’s levy, it is proposed to receive another $32,000 more than last year.

In other financial business, the city received “a clean opinion” on the finances ending this past fiscal year, April 30, 2019, from Auditor Dave Faller with West & Company. General Fund sales tax has increased by 8.9 percent compared to last year; income tax revenue increased by 10 percent; and water and sewer fees decreased by approximately $100,000, or .018 percent, from last year. The city has the ability to operate without any income coming in to the general fund, between 7 and 8 months, he told the council. Most governments want to see at least 90 days worth of funds available at any given time.

This is information that means the city has working cash in the event there was a major change in the economy or income of its revenues, Miller added.