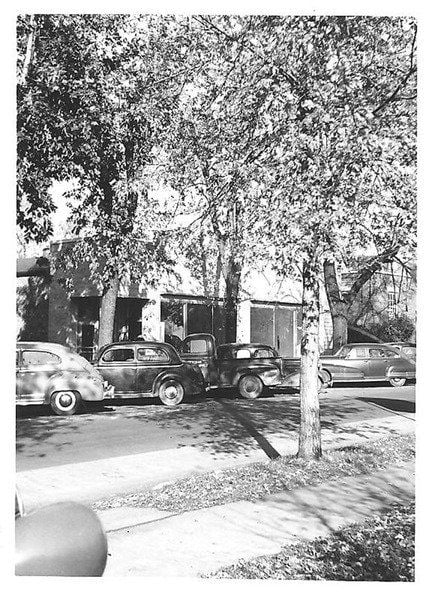 Construction of the Kroger grocery store on Section Street in 1949 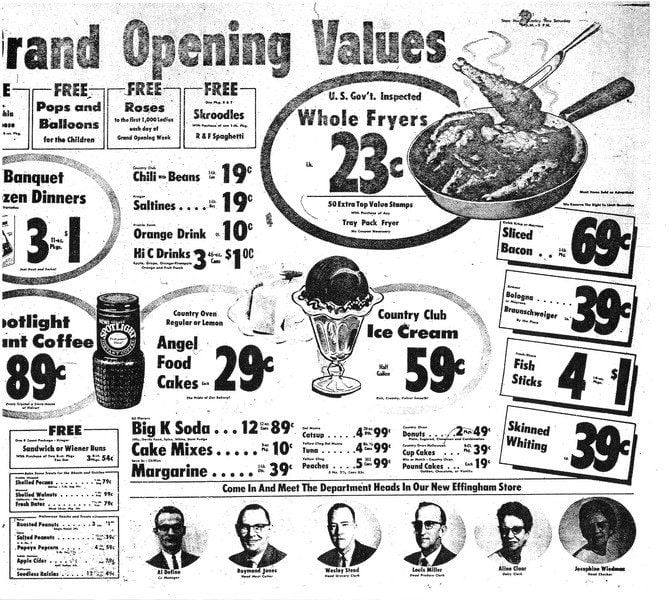 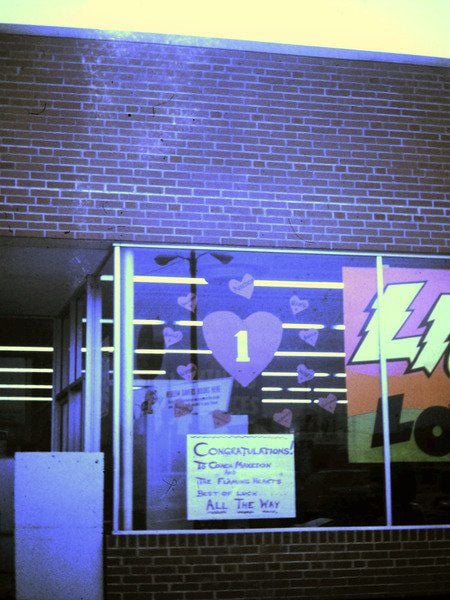 Kroger window supporting one of the local sports teams in 1968. 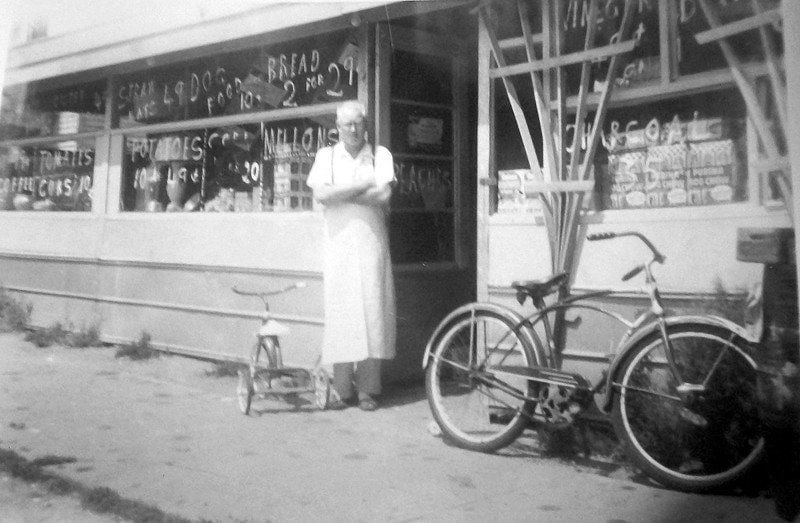 Al Thoele in front of his neighborhood grocery store in Effingham. 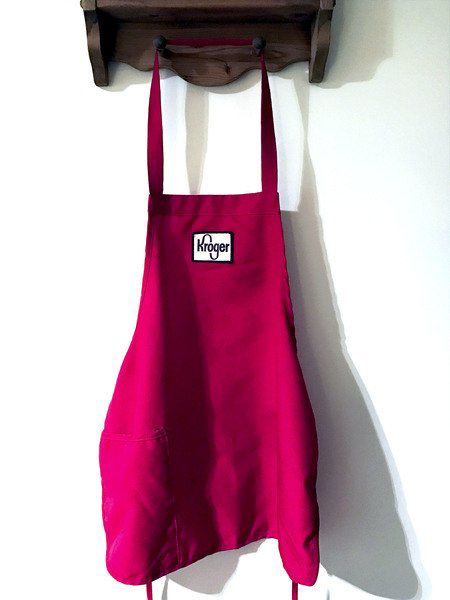 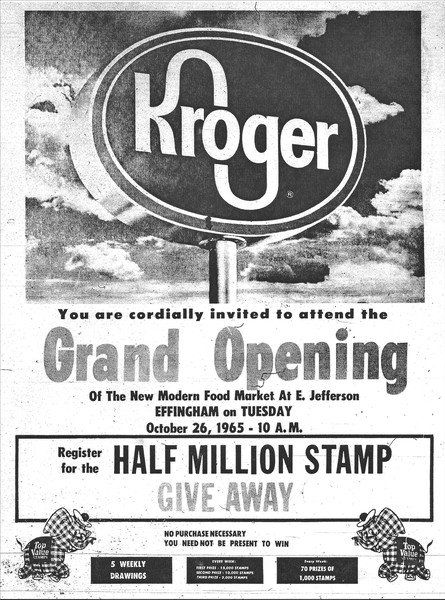 Kroger store advertisement for a TV stamp give away used during their grand opening in 1965.

Construction of the Kroger grocery store on Section Street in 1949

Kroger window supporting one of the local sports teams in 1968.

Al Thoele in front of his neighborhood grocery store in Effingham.

Kroger store advertisement for a TV stamp give away used during their grand opening in 1965.

The demolition of Effingham’s Police Department building in order to clear the way for a new police station in Effingham caused many people to reflect on personal memories of the building and the history of Kroger Company in Effingham.

Because my father-in-law, Wesley Stead, had worked for Kroger’s nearly all of his adult work life, my wife and I have personal remembrances of local Kroger history. As a reminder of those memories, Wes’ Kroger apron is in a special place in our house.

This article shares some of those memories. But there is much more to tell. First, about the larger grocery business, then specifically about Kroger’s store.

Grocery stores have always played an important role in the community’s history. That role of how food has been put on family kitchen tables starts with recollections dating back to pre-Civil War America and end with life today.

For the first 50 years of existence, Effingham’s grocery stores were private, individual/partnershiptype affairs. According to Mahala V. Newcomb, whose parents moved to Effingham in 1856, the population of the town was only 30 or 40 people, with one man, C. Kellim, operating a little grocery. That soon changed. According to Illinois Central Railroad report, in 1869, Effingham had a population of 2,200 and six groceries. By 1873, according to the U.S.

Department of Agriculture, Effingham had increased its population to 3,000 residents, with five “provision stores.”

Wiedman, M. Reget, Woidt & Co. and Bailey. These tended to be neighborhood businesses. Many people who grew up during the 1950s can remember that when they were children they frequently ran to the neighborhood store for a loaf of bread.

During the 1920s and ‘30s, a shift in grocery store ownership took place. Chain stores began to enter the food marketplace. Unfortunately, there is no written history regarding specifically when the large corporate stores ventured into Effingham County.

However, online sources indicate that by 1923, both Kroger and the Atlantic

and Pacific Tea Company (better known as A& P) were setting up numerous stores in Illinois. In 1932, for instance, Effingham’s A& P grocery store advertised its bananas as 5 cents per pound; oranges for 25 cents a dozen; and a 48-pound bag of flour for $1.20. At the same time, Stortzum Brothers Market located on the west side of the courthouse square indicated its Saturday specials as “pure pork sausage” and “spare ribs,” both at 10 cents per pound, while “pure lard” was 3 pounds for 21 cents. Neighborhood groceries continued to exist, but the “supermarkets” tended to have a wider array of products and could buy from the wholesalers at a lower price.

Most of the neighborhood groceries were totally independent of each other.

However, during the 1920s, grocery associations were founded “to ensure that the trusted, family-owned local grocery store remained strong in the face of growing chain competition.”

The Independent Grocers Association (Martin’s) and the Associated Grocers stores (Stephens, Thies and Tolch) were both instrumental in Effingham history as a way to support the nonchain store establishments. But the independent proprietorship remained well past the mid-century mark and still exists today with the Nuxoll Food Center being the classic example.

Now, the story of Kroger. The earliest address for Kroger Grocery and Baking Company was 206 W. Jefferson. The store relocated to 110 W. Section in 1949.

It had many good years in that location right next door to the Post Office.

On Oct. 26, 1965, patrons flocked to the doors of the new Kroger store in Effingham early for the grand opening. Shoppers began lining up at the door about 9 a.m. awaiting the grand opening at 10 a.m.

Stern, vice-president of Kroger’s, and Dan Bower, advertising manager. After the ribbon was snipped, the customers entered in mass. Many well-wishers sent beautiful bouquets of flowers to the store and the cashiers wore lavender orchids. Free gifts were given to customers during the grand opening. They also registered for the half million Top Value stamps to be given away.

The newspaper ads conjure up many memories in the minds of loyal Kroger shoppers. Top Value stamps remind people of prizes for which those stamps were redeemed.

The pictures of the store employees bring recollections of individuals who were regarded as friends.

everyone of the dramatic changes in the economy during the last half century.

Younger readers of this page may not remember the Top Value Stamps and the redemption of gifts from the Top Value catalog. Store managers felt the stamps were an incentive to attract customers who collected them, pasted them in small books, and then redeemed them through a redemption center. It was like using cash to get merchandise.

Stamps were given for each dime spent in the shop, or store, of a merchant who gave the stamps. By 1961, a Kroger customer could select from as many as 2,200 gifts. Large ticket items, such as a Ford Falcon Station Wagon, to items like a Magnavox Table TV, an Underwood portable typewriter or Wilson golf balls were all part of the catalog.

The pictures of store employees certainly reminded the customers of the friendly interaction between the shopper and the various store employees. Quite often there was a sense of community as the result of shared conversation inside the grocery building.

Additional ads in the same paper recall the competitors in the grocery marketplace. Other stores wanted to remind potential purchasers that the neighborhood stores had much to offer as well, and that they could compete with the corporate supermarkets.

That same sense of community was engendered by handmade signs adorning the windows of the Kroger store. When Effingham High School traveled to the State Basketball tournament in 1968, store employees wanted the public to know that they were cheering the team on just as much as anyone else.

As people view those old ads, they are reminded of the dramatic change in the American economy. Those Kroger TV stamp giveaway is shown in this 1965 grand opening ad.

ads from yesteryear remind people that the dollar bill lost its purchasing power during the course of the 20th century as more and more of them were demanded to put food on the table. Most importantly, these local groceries were all part of the rich heritage of Effingham County.