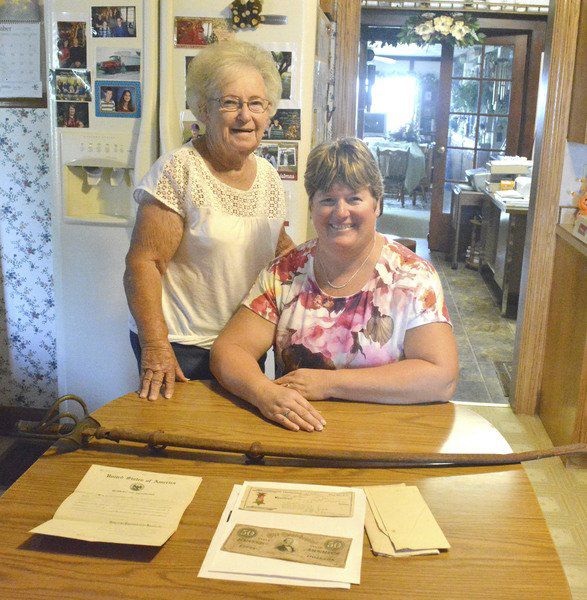 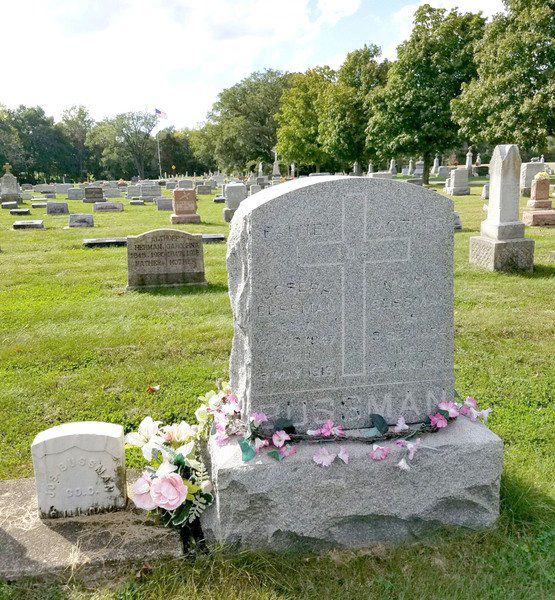 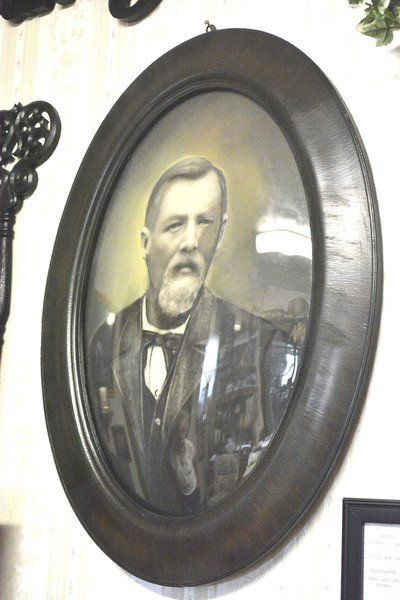 A photo of Joseph Bussman hangs in the home of Mary Lou Deters.

A photo of Joseph Bussman hangs in the home of Mary Lou Deters.

Mary Lou Deters has a special interest in her family history, so much that she has several binders of historical information about people in her family.

One of those relatives is her grandfather, Joseph Bussman of Teutopolis, who fought in the Civil War. Bussman was born on Aug. 17, 1847, to Elizabeth and Arnold Joseph Bussman Sr. On March 17, 1865, at the age of 17, he enrolled in the Sixth Illinois Cavarly Co. C at Alton, Illinois. His rank was private.

Bussman joined his regiment on duty at Eastport, Michigan, and moved with it to Nashville, Tennessee, Decatur and Montgomery, Alabama. He was involved in many skirmishes. He finally mustered out in Selma, Alabama, on Nov, 15, 1865, with a powder bag, long-handled gun, dagger and sword still unsullied by human blood. He was honorably discharged at Springfield on Nov. 20,1865.

His discharge papers describe him as 5 foot, 6 inches tall of fair complexion with hazel eyes, brown hair and when he joined the service he was a farmer.

According to the “History of Effingham 1883,” during the Civil War days the Teutopolis community was cut off into a separate township — it was half of a congressional township. A new township was formed because of the many volunteers from the area. The draft had been instituted on a township quota basis and in order to resolve inequities this area was severed from the rest of Douglas Township.

Joseph Bussman acquired 145 acres of land in St. Francis Township, two miles east of Teutopolis. Mary Lou still resides on this same property where her grandfather Joseph raised his family and where she and her late husband, Joe Deters, raised their family. Joseph died of diabetes on May 5, 1916. He is buried in St. Francis Cemetery in Teutopolis.

Deters also has another relative who served in the Civil War. Her great uncle, Godfrey Volkman, was born on April 5, 1846, in Utica, New York, to John Volkman and Margaret Looer. He enlisted as a private in Company Battery B, 1st Light Artillery Regiment Illinois on Dec. 22, 1863. He reportedly participated in 29 battles being wounded at Chicamaugo and Resaca, both times in the same leg. He mustered out of Company A, 19th Infantry Regiment, IL on July 6, 1865.

He married Mary K. Bussman on Sept. 21, 1875, at St. Anthony’s Church in Effingham. They had five children: Mary, Ida, Albert, Margaret and Fred. He died on Nov. 25, 1914 in Illinois. Godfrey was a brother-in-law to Joseph Bussman.