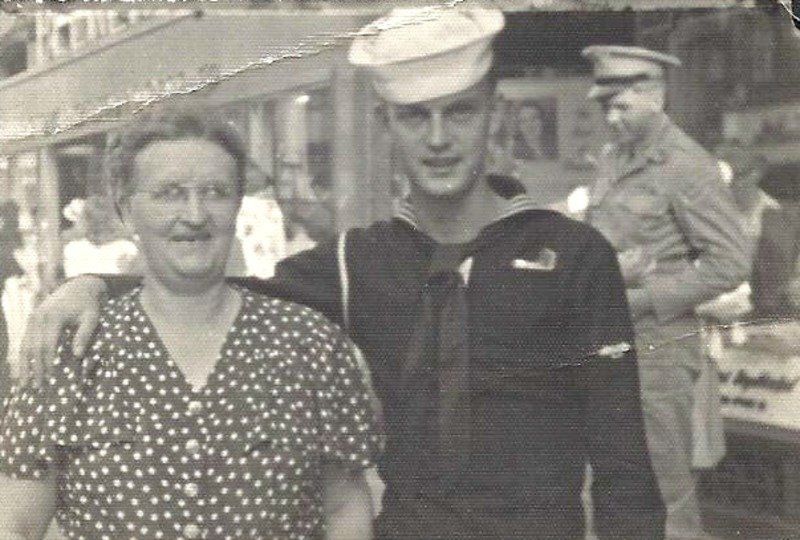 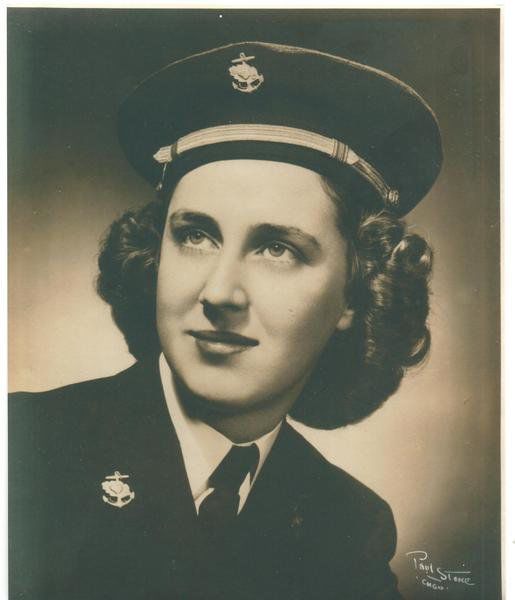 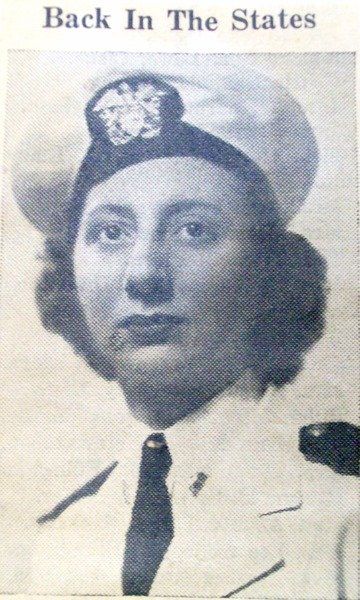 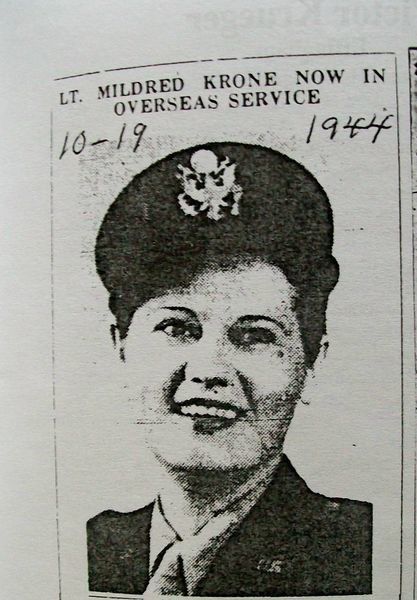 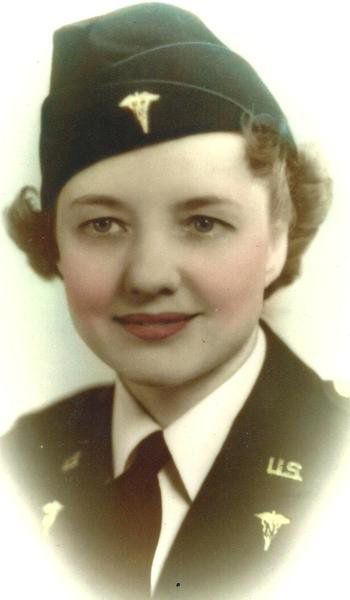 World War II. The women of Effingham County were there. Some served in the military. Some worked in defense plants. Some planted Victory Gardens even as they watched their sons go to war. No matter what they did, they knew the importance of pulling together for the sake of our country. I’m going to tell you the stories of some of these strong women I have learned about. World War II was a time when women had to step up to the plate, and the women of Effingham County did indeed.

Both Mardell and Magdalen graduated from St. Anthony High School in 1938, and decided to enter St. John’s School of Nursing in Springfield, Illinois. They graduated from nursing school, worked at St. Anthony Hospital, and later entered service in the Navy as nurses in 1943.

Mardell Merz served aboard the hospital ship the USS Bountiful,where she treated burn patients among other injuries. Lt. Mardell Merz, the daughter of Henry and Anna (Drendel) Merz, served in the Pacific Theater. She made it home safely, married Roscoe Stephens in 1951, and they raised their family in Effingham. Mardell died in 2003 and is buried at St. Anthony Cemetery in Effingham, Illinois.

Magdalen Long, the daughter of Dr. Henry and Dora Long, served in Oahu, Hawaii, the Philippines and Guam working as a nurse.

Lt. Magdalen Long said in a letter to her mother that conditions were bad but she was making it OK. She did make it home safely in late 1945. Magdalen married Joseph Davis. She died in 1977 and is buried in Fort Rosecrans National Cemetery, San Diego, California.

Florence Lake was only 4 foot, 11 inches tall and was nicknamed “Puddles” by her family because she was too little to become a “lake.” She never let her size stop her, and after graduating from high school in 1922, she attended Silver Cross School of Nursing in Joliet, Illinois.

She later worked at Passavant Hospital in Chicago, and entered the Army Nurse Corps with the Northwestern Unit (12th General Hospital) in February 1942. Captain Florence Lake would travel to Africa and then into Italy. She worked in Army hospitals in Naples, Rome and Leghorn.

At the end of the war, she traveled with the 41st Hospital train transporting prisoners of war to the Austrian Border. She did make it home safely. Florence Lake died on June 28, 1993, and is buried at Oakridge Cemetery in Effingham.

Mildred C. Krone was born in 1914 in Dieterich, the daughter of Mr. and Mrs. Henry Krone of Dieterich. She attended Dieterich schools and graduated from Effingham High School. She then went to nursing school at St. Anthony Hospital Nursing School of Terre Haute, Indiana.

She was working at Hines Hospital in Chicago when she entered service in the Army Nurse Corps.

Lieutenant Mildred Krone, of the United States Army Nurse Corps, had been assigned to overseas duty with an evacuation hospital. Evacuation hospitals sometimes were only miles from the front.

Mildred did make it home safely. She married James VanWagenen and they lived for many years in Wisconsin, where James was a lawyer. Mildred VanWagenen died in 1995 and is buried at Wisconsin Veterans Memorial Cemetery in Waupaca County, Wisconsin.

Rhea was born Dec. 8, 1924, the daughter of John and Marie Cooley of Effingham. She graduated from Effingham High School in 1942. Rhea moved to Chicago and started working at Douglas Aircraft as a “Rosie the Riveter.” She riveted the wings on C-47s that would be used during World War II.

She married Richard “Dick” Loy in 1944 after he was discharged from the Army due to being injured.

They returned to Effingham in 1946 and raised a family of five children. Rhea Loy died in 1993 and is buried at Oakridge Cemetery in Effingham.

Marie Claar was born in 1889 in Dieterich. She married John Cooley in 1910 and they raised their family of eight children in Effingham County. Marie and John raised a Victory Garden during the war.

In May of 1945 she signed the papers for her 17-year-old son (her youngest boy) to enter service in the Navy because her son, Charles “Popeye,” begged to do his part. She would later walk across the stage to accept his diploma for him when his class graduated from Effingham High School.

Marie Cooley died in 1955 and is buried at Oakridge Cemetery in Effingham.