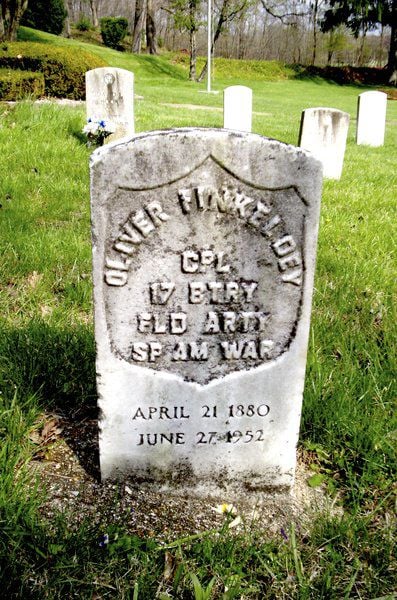 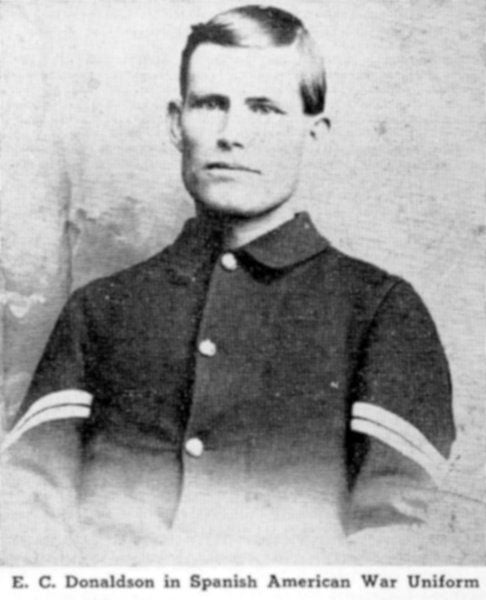 In Effingham County cemeteries, there are numerous gravestones which mark the final resting places of Effingham County veterans of the Spanish-American War, a conflict which for many people is a forgotten war because so few know anything about it.

Some may remember their high school classes in which they learned the very limited conflict had several fronts, or that many think that the war is best described by a phrase attributed to a diplomat who, when writing to Theodore Roosevelt, called the struggle “a splendid little war.”

The “littleness” of this war was shown by the brevity of the encounter: Congress declared war on April 25, 1898. Diplomats brought it to an official end of Dec. 10 of the same year. The reality was that actual fighting ended in a matter of weeks. Another part of the “littleness” consisted of the limited number of battle deaths. There were 385 people who died as the direct result of combat. More deaths resulted from disease and 1,662 were wounded. What a radical contrast to other wars.

From the start, soldiers from Illinois were involved. Gravestones with their designation “Sp Am War” found in local cemeteries attest to the fact that many from Effingham County were part of the effort. There was a spirit of patriotism in the air beginning approximately two months before the declaration of war when — two days after the mysterious sinking of the battleship Maine — Illinois Governor Tanner spoke to the Illinois General Assembly:

“The news of the calamity which has overtaken the United States battleship Maine and its ill-fated crew fills me with grief and horror. I am unwilling to believe that the loss of the Maine was the result of intention, and trust that the official investigation ordered by our government may demonstrate that it was due to accidental causes.

In view of the uncertainty which exists as to this point, (I seek permission from the General Assembly) to tender to the President of the United States, on behalf of the State of Illinois, whatever moral and material support may be necessary in this emergency to maintain the honor of the American flag and prevent or punish any attempt at hostile invasion of our common country.”

The General Assembly agreed to the request by issuing a joint resolution adopting Governor Tanner’s proposal thereby making Illinois the first state in the Union to offer support for the forthcoming Spanish-American War. So when conflict came, and President McKinley asked for 125,000 volunteer troops with Illinois’ quota set at 6,608, Tanner issued the call to the National Guard units. Within days, soldiers began to report to the Illinois State Fair Grounds, a location dubbed “Camp Tanner.” There they were officially mustered into service. There they also became aware that both the state and federal governments lacked a thorough preparedness for war.

A siege of cold, damp weather was bad enough; lack of rations, uniforms and bedding made the days more difficult. Soldiers from Effingham County had experienced another problem even before they arrived in Springfield. In its April 27, 1898, edition one area newspaper carried the headline and subhead: “TRAIN WRECKED: Effingham Troops Had a Narrow Escape,” with the following story:

“A train of seven cars loaded with mili­tia was wrecked this morning at about 9 o’clock nine miles south of Sullivan. Three coaches and a baggage car were ditched but only one man was hurt and his injuries were not serious. The members of Company G, 4th regiment, were on the train. They were from Effingham and many of them were students of the Austin college. There were 117 men besides the officers.

The train was composed of six coaches and one box car which carried the bag­gage of the company and one horse. At a point nine miles south of Sullivan, one of the oars jumped the track and this caused three of the coaches and the box oar to be ditched. The only man injured was Sergeant Clyde Peiffer. He had one hand badly mashed. The mem­bers of the company said that they did not understand just how they escaped be­ing injured or killed, and felt fortunate that they had escaped All of the cars were derailed.

The wreck train from Decatur was at once called and went to the scene of the accident. A rumor reached the Decatur offices that a number of persons had been killed and many injured and in order to be prepared surgeons were taken on a train which started from Bement. It was afterward learned that there were no fatalities.

Several coaches were sent out and the men on the train were transferred and brought to Decatur, where they were again transferred to a train which took them to Springfield. They did not arrive in this city until 2:20 p.m. and they were due there at 10:45.

The report that an accident had occur­red on the railroad was spread about the city and several hundred persons were at the depot when the troops reached the city. Many persons waited at the depot for hours to see the men when they passed through. The Decatur officers who did go to Springfield this afternoon left on the train this afternoon with the Effingham men. As the train pulled out, the crowd cheered and the soldiers waved their caps out the windows.”

Then the men settled into camp life. Days were spent learning the fundamentals. There was training in the manual of arms. There was performance of physical drills. Often there was time for the men to play baseball, or run races. During the evening hours, there was music (especially patriotic songs) and storytelling. But most of all, the sense of excitement regarding going into battle filled the air.

By August, it was time for the Illinois units to move southward into one of the five camps where they could receive additional training and from which they planned to embark for fighting against the Spanish in Cuba, or Puerto Rico. Most of the 85, or so, Effingham County soldiers were part of the Illinois 4th Infantry Regiment.

Their new southern home was in Jacksonville, Florida, at Camp Cuba Libre. Through the leadership of General Fitzhugh Lee, the camp developed a reputation for quality training, but there were numerous health problems due to the geography and climate. To the men, it seemed as though rain was a constant companion which produced conditions leading to outbreaks of malaria and typhoid, major threats to the Illinois fighting men. The Adjutant General’s report chronicled the numerous hospitalizations for illness and the many deaths from disease. Some 278 of the 284 Illinoisans who died in service during the Spanish-American War were killed by disease.

For the 4th Infantry Regiment, 24 of the 25 who died did so because of illness. Only the movement of the camp to higher ground seemed to alleviate the problems to any degree. But the men were being readied for fighting in a tropical environment.

They trained. They waited to be sent to Cuba so they could make the world a better place. And then “the splendid little war” was over.

Very few of the over 11,000 Illinois troops — some from the 1st, 3rd, and 6th Infantry regiments — actually participated in combat conditions. Many did become involved in the occupation of Cuba, however. It was through the latter that one Effingham County soldier had a life-changing experience. That man was William J. Sprinkle, a gentleman who in his white-haired years was a neighbor of mine shortly after my marriage in 1966 when my wife and I moved to a house on south Third Street in Effingham.

I knew that Mr. Sprinkle was a Spanish-American War veteran, but I did not know about a very interesting aspect of his wartime career until local historian, Peggy Pulliam, wrote about it in a 1969 newspaper column: “‘Will,’ as he was known to his friends, in his desire to help avenge the sinking of the Battleship Maine, joined the army and became part of Company G of the 4th Infantry Regiment. After experiencing a lot of sickness in Camp Cuba Libre during 1898, and then after spending a short time in Savannah, Georgia, the local young man journeyed to Havana, Cuba, in January of the next year.

It was there that Will became friends with a former Spanish soldier, Jose Gonzales, a man who was just a few months younger than the soldier from Effingham County. The Spaniard had fought at the famous San Juan Hill, but he had a change of heart and wanted to come to the United States, so he deserted to the American side. Mr. Sprinkle told how he and his lieutenant, John Burr, found an American uniform for the former enemy, then made plans to bring him back to Effingham County when Will’s tour of duty was over.

The two became great friends. Sprinkle learned Spanish from Gonzales while the Spaniard learned English from the American. “Joe” stayed at the Sprinkle home for a few years, being listed along with Will’s siblings in the 1900 federal census report. Gonzales eventually moved to Champaign County where he died some years later. Will was there in the hospital room of his friend when the end came.”