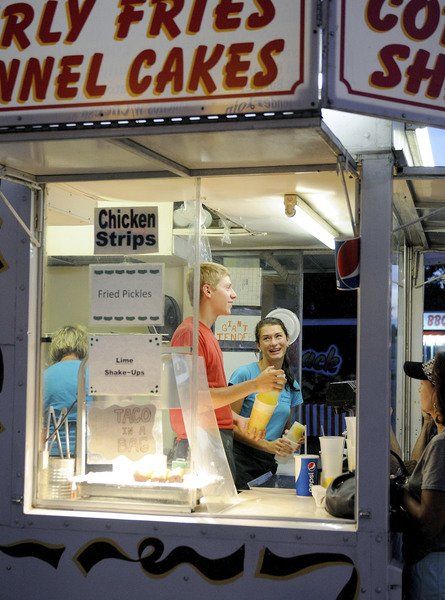 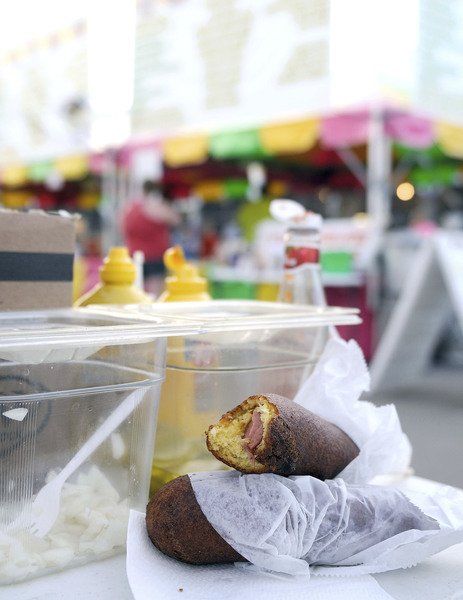 Corn dogs are just one of the smorgasbord of fair food that can be found at Effingham County Fair this week.Chet Piotrowski Jr. photo/Piotrowski Studios 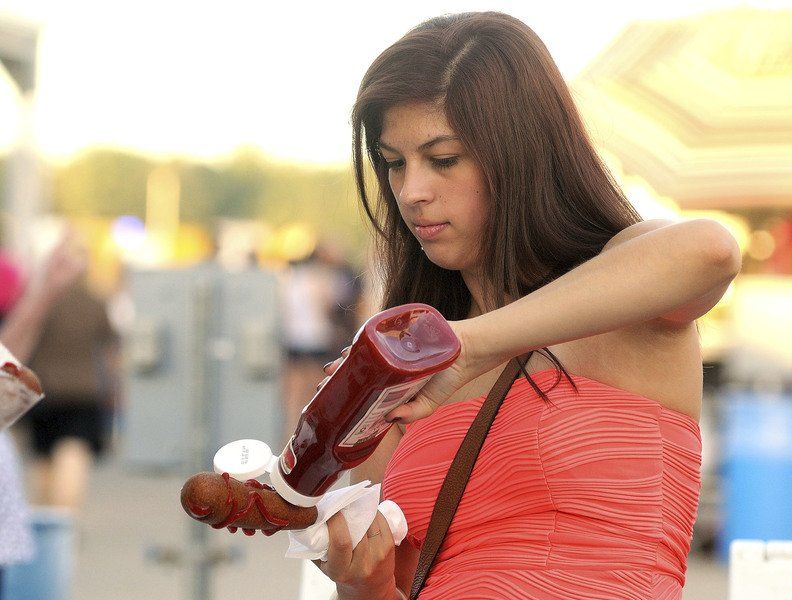 Corn dogs are just one of the smorgasbord of fair food that can be found at Effingham County Fair this week.Chet Piotrowski Jr. photo/Piotrowski Studios

ALTAMONT — Mike Alwardt of Crown Point, Ind., came back home for the Effingham County Fair to see family and to enjoy the many selections of food at the fair on Saturday.

“My mom and dad grew up in Altamont and I have aunts and uncles here,” Alwardt said. “It isn't a time to try to lose weight when you come to the fair.”

Alwardt and his daughter, Kaylei Alwardt, 10, were trying out Funnel Fries, which were like a funnel cake, but shaped like a French fry.

“I just tried these Funnel Fries,” said Kaylei. “They were good. Last year we tried fries with cheese and barbecue sauce.”

Mike Alwardt was enjoying a cheeseburger and bacon and cheese fries that he picked up at The Depot Family Dining booth, just one of many that line the main thoroughfare at the fair.

Kaleb Whitt, 15, of Altamont had a break in the action at Smith's Shake-Up Stand, but it was still early in the evening. The stand has been open for 17 years and only sets up at the Effingham County Fair. Owner Andrew Smith of Altamont keeps the stand open until activities at the grandstand end.

Whether it is a hard-to-resist lemon shake-up, corn dog, fried pickles, gyro, fries, cotton candy, taffy, a kabob or a fried candy bar — those with an appetite an most likely find whatever their craving at the Altamont fairgrounds.

The Food Court was built on the fairgrounds about 12 years ago to replace smaller buildings that had lost their pizzazz.

“The buildings that were there were small, open and getting old,” said Wilbert Schaefer, of Heartville, a fair board member for the past 22 years. “Building the food court allowed us to have an enclosed kitchen area, and places to sit.”

The Effingham County Pork Producers Stand was the first building of this nature with enclosed seating and kitchen area. Later, eight others were constructed.

“People told me years ago that some people come to the fair to eat,” said Schaefer. “I thought, that can't be right, but it has been true.”

Jerry and Elaine Martin of rural Watson, who were seated inside the screened-in area, were partaking of pork burgers from the Effingham County Pork Producers menu.

“We try a little bit of everything here,” said Jerry Martin. “We go to a lot of fairs and see some of these same vendors at different fairgrounds.”

Elaine Martin said having the insulated roof, ceiling fans and screened in seating area makes it nice to get out of the hot sun.

“There are a lot of options, but none of these are good for dieting,” she said.

Some of her favorite things at the fairgrounds are the pork burgers and Taco in a Bag.

“They like the fried, sweet stuff,” said Shellie Witteborg, who owns the stand along with her husband, Tony Witteborg. “Most popular for us are corn dogs and shake-ups. It's a hot job, but we love it.”

The Witteborgs reside about 10 minutes from Altamont, so coming to this county fair is sweet business for them.

“We enjoy talking to all of the people here,” said Shellie Witteborg. “This is our hometown fair.”