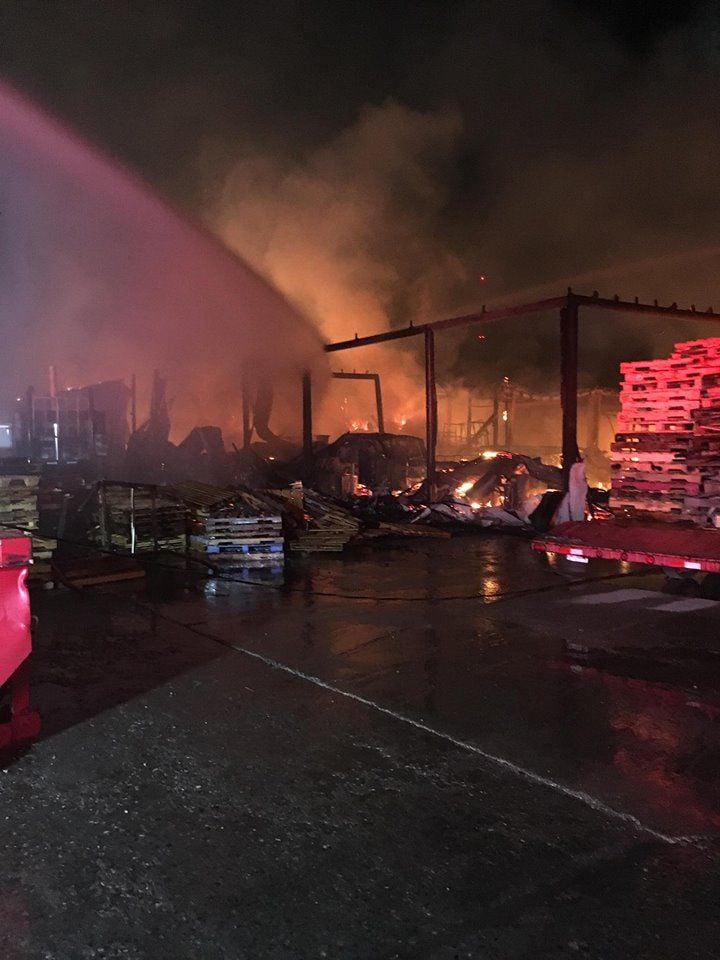 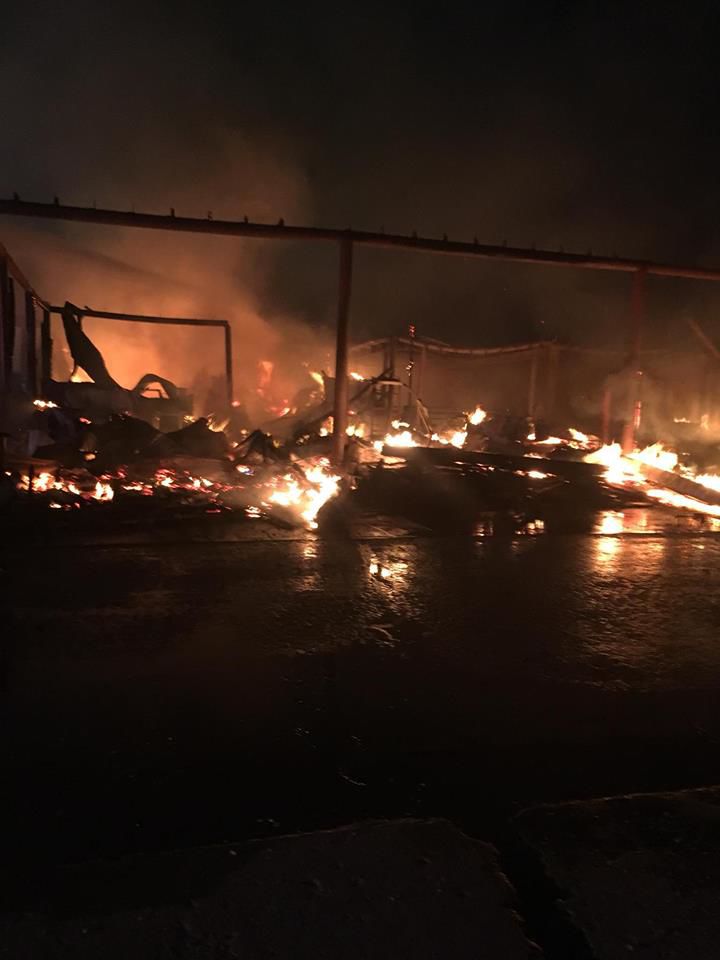 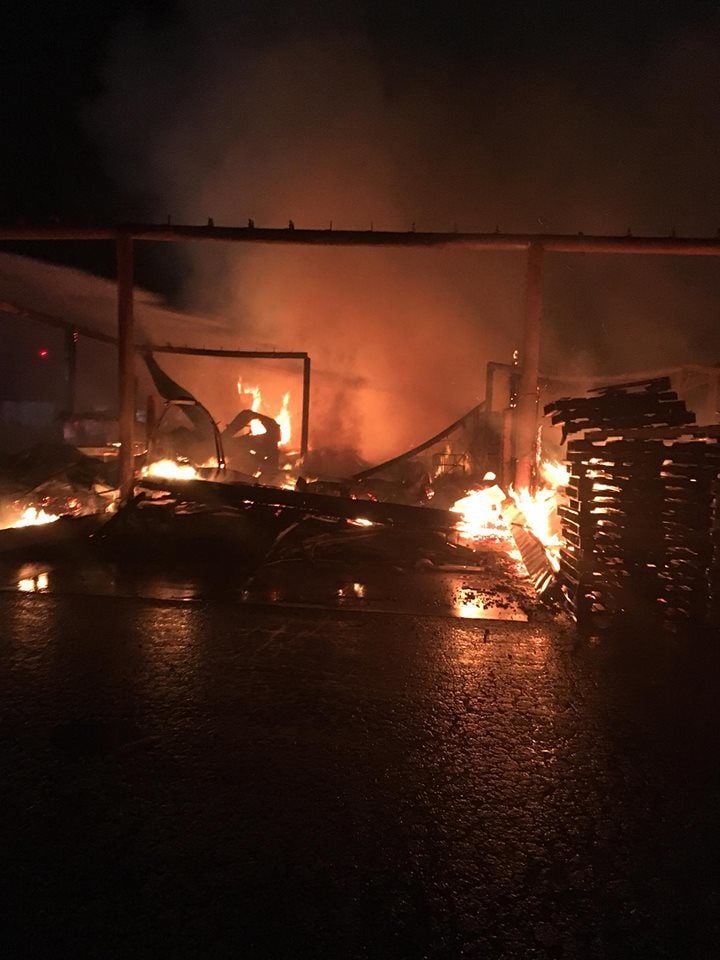 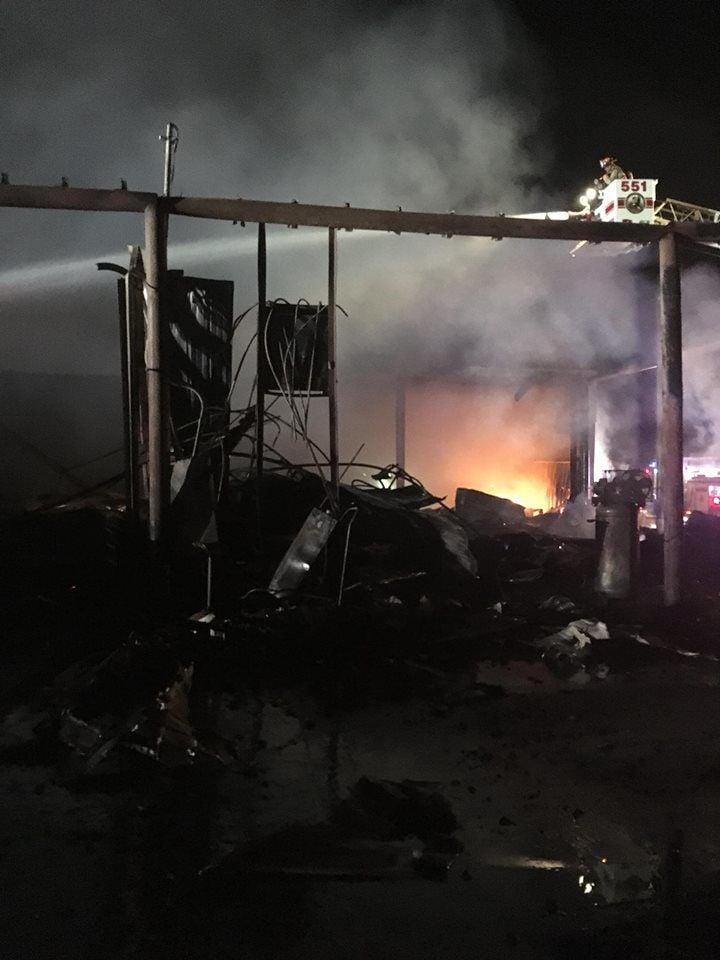 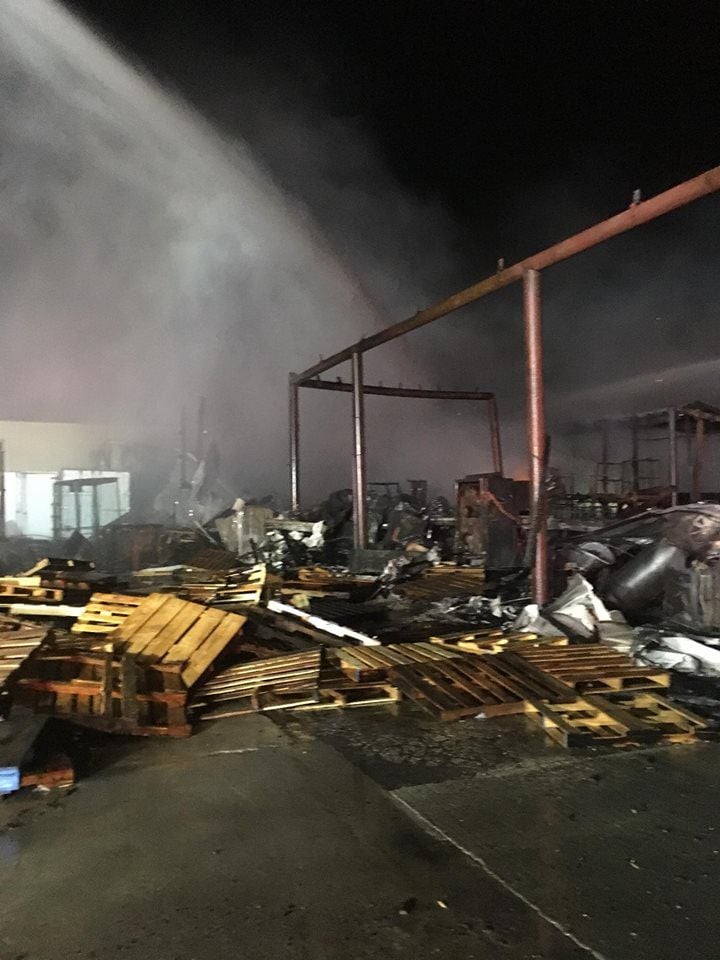 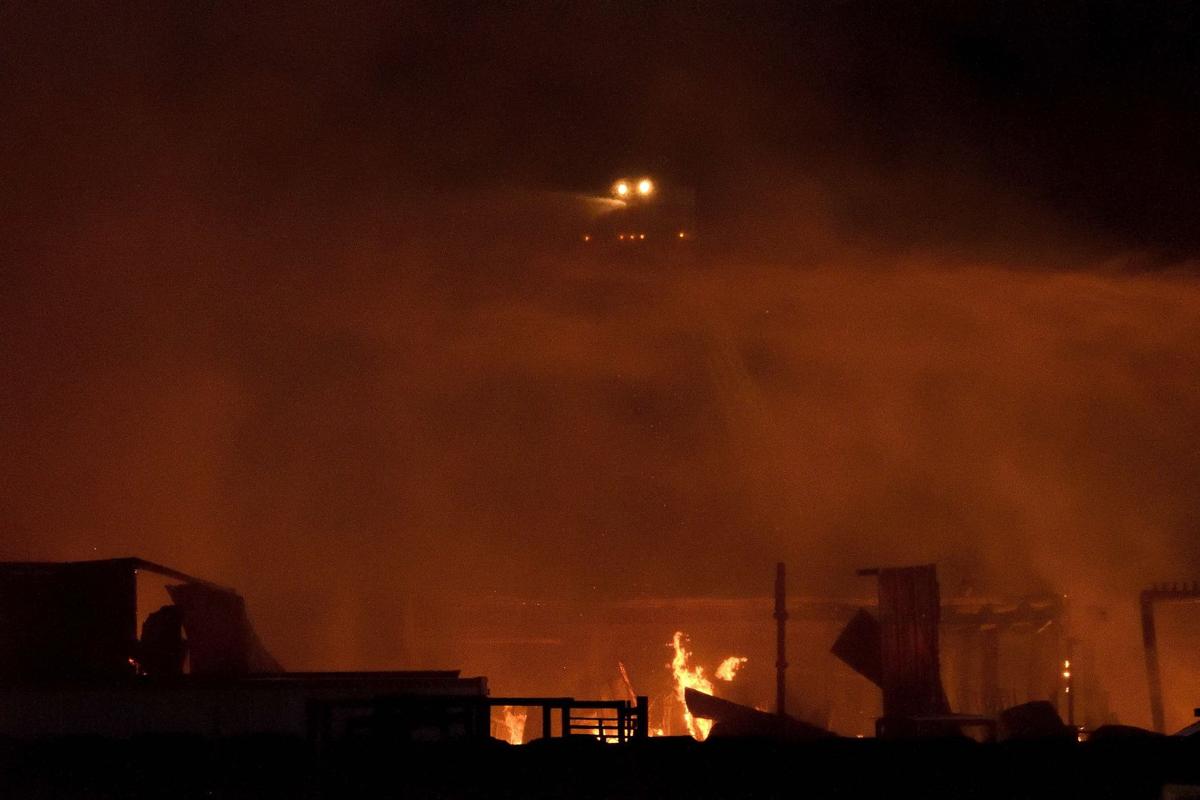 For more than an hour, firefighters pumped 3,000 gallons of water per minute on a South Banker Street fire that broke out in a commercial building at about 10:20 p.m. on Wednesday, according the Effingham Fire Department. No injuries were reported.

"Engine 576, Squad 561, Truck 552, and Chief 500 were dispatched to a reported commercial building fire at 2301 S. Banker Street," the department said in a press release. "While enroute, dispatch advised numerous 9-1-1 calls were coming in stating there was a large building on fire.

"Upon arrival, the first arriving Engine reported heavy fire conditions through the roof with two building exposures. Engine 576 began a defensive operation with their monitor. Squad 561 laid a 5' supply line from the first hydrant to Engine 576.

"Truck 552 and Tower 551 each laid 5" supply line from the hydrant at Hoffman Drive & Banker Street (Route 45) which shut down all lanes on Route 45. Effingham PD along with ISP and Effingham County Sheriff detoured all traffic. Tower 551 & Truck 552 then set up on the north side of the building for aerial operations.

"Teutopolis FPD Engine 673 supplied the 5" line from the hydrant to Tower 551. A third hydrant was tagged on the southwest side by Watson FPD Engine and utilized their monitor to protect the exposures.

"For over an hour, more than 3,000 gallons a minute were being deployed on the fire. AMEREN was contacted for down live power lines running the entire east face of the fire building which hampered operations until the power could be shut down. AMEREN also secured the gas feed to the buildings.

"EMS on scene provided rehab for all personnel on scene along with Red Cross providing canteen services. Once the 5" line on Route 45 was shut down, all lanes were reopened to traffic at 02:11 hours.

"As the back hoe began the process of removing the metal sheets and piles of wood storage, firefighters extinguished fires utilizing foam. All remaining firefighters cleared the scene at 04:30 hours.

"The cause of the fire is under investigation. No injuries reported. Damage estimates have yet to be determined.