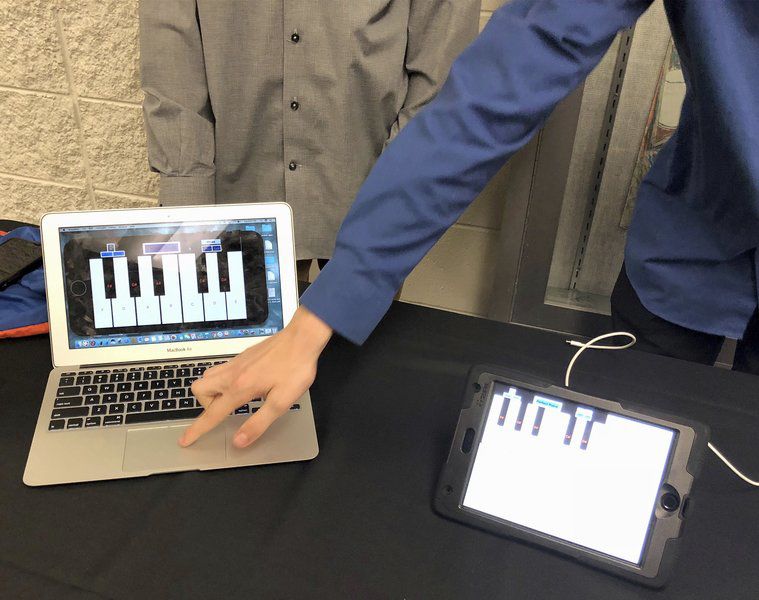 A student at a MobileMakers showcase presents the app made during the program's course. Submitted photo 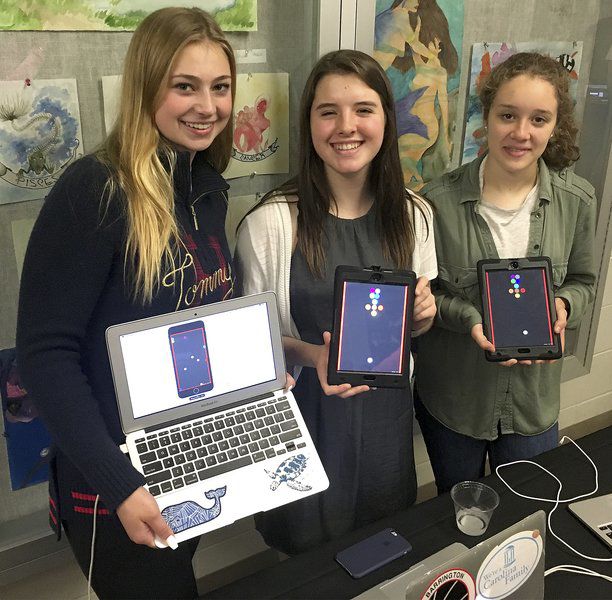 Students from a Barrington, Illinois, high school display their mobile app made through the MobileMakers program. Submitted photo

A student at a MobileMakers showcase presents the app made during the program's course. Submitted photo

Students from a Barrington, Illinois, high school display their mobile app made through the MobileMakers program. Submitted photo

EFFINGHAM — Students at St. Anthony High School will now get hands-on experience with the tech world through a new course offered at the school called MobileMakersEdu.

MobileMakers is a technology literacy class that teaches students about coding, tech languages used by professionals, and even how to make their own Apple mobile app. St. Anthony High School Principal Greg Fearday said a newly renovated computer lab will create a real-world atmosphere for the MobileMakers students.

"The classroom design is intended to emulate a small software company," Fearday said. "It's intended to be a very collaborative learning environment."

MobileMakers is offered by the Uncharted Learning, a Barrington-based company. Chief Evangelist with the company Margarita Geleske said the yearlong course teaches students the Swift coding language utilized by Apple devices such as iPhones, iPads and Apple Watches.

The 20 students currently enrolled in the program at St. Anthony High School will create at least eight different mobile apps and eventually create an app of their own design. Geleske said that a program like MobileMakers is important for schools like St. Anthony because coding is the language of the future.

"We think of it as a gateway language that is pretty powerful. Gateway because the coding is unbreakable. You cannot break your computer if you code incorrectly in Swift," Geleske said. "It's important to learn to code because frankly, we think it's this century's literacy. There is really not a high school student today that doesn't use an app in some shape or form."

Geleske said though coding and tech languages can seem abstract, the self-designed mobile app created by each student is something tangible to show to others. She said learning to code and create mobile apps can help the students be prepared for their educational and vocational futures, as much of the economy is connected to technology.

Once through the MobileMakers program, Geleske said the company hopes students will be eager to learn more about the world of coding.

"For students who take this course, there will be a group who will be inspired and hungry for more, and they could continue learning in Swift or want to take a different language, such as JavaScript, C++," Geleske said. "It has more or less primed their brain for coding where they are more readily able to take on another (coding) language."

Fearday said St. Anthony High School wanted to implement MobileMakers in its curriculum because many students at the school have a high proficiency in math and science and go on to further their education in those fields in college. He said the school wants to better prepare those students in as many computer science areas as possible, including coding.

"The idea is that he is an instructor (and) facilitator, and students take quite a bit of ownership for their own learning and their own experience in that classroom," Fearday said.