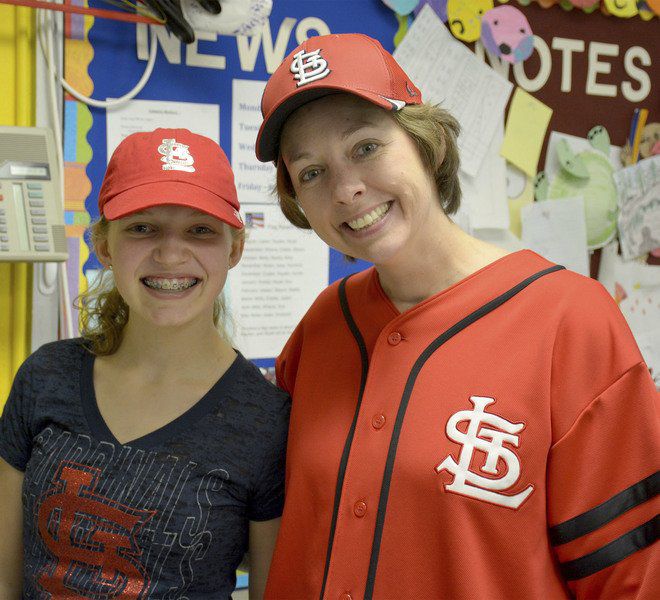 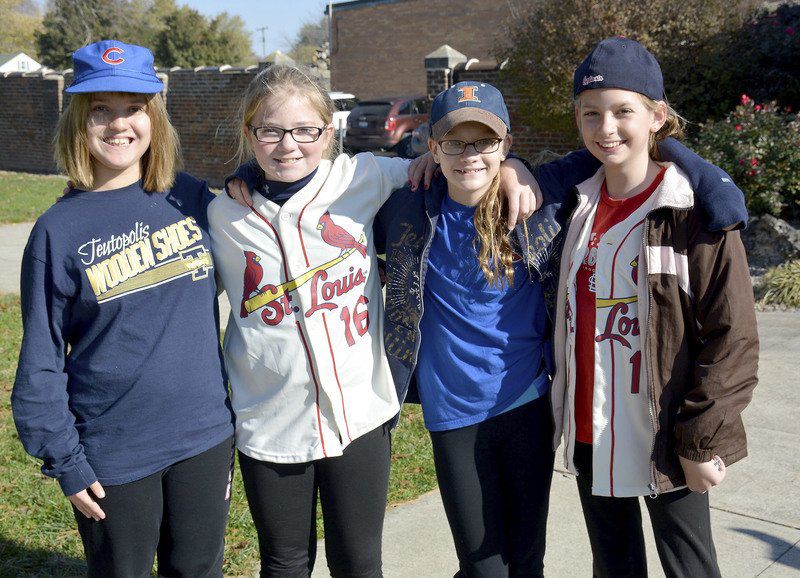 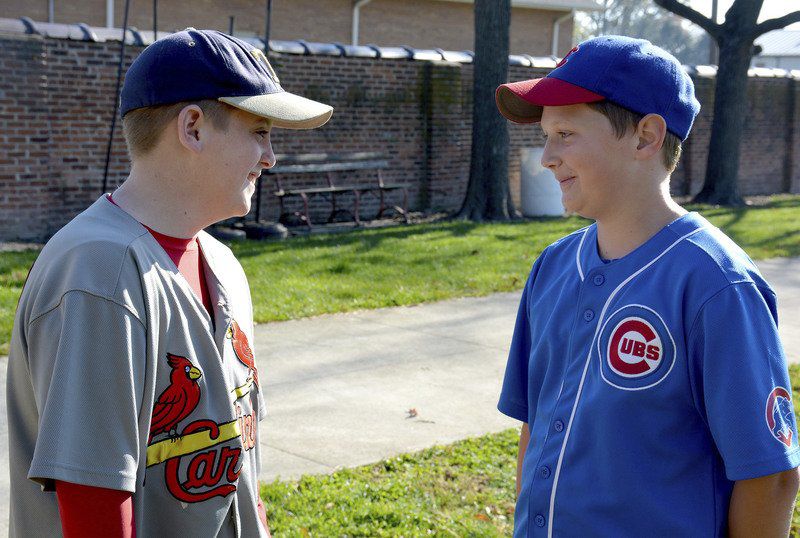 TEUTOPOLIS — Conner Siemer and Lucas Ruholl say they are good friends, even though they root for different major league baseball teams.

Connor, a St. Louis Cardinal fan, was wearing a shirt earlier this week with Card catcher Yadier Molina's number 4, while Lucas, a Chicago Cub fan, was honoring his favorite team with a blue shirt. His favorite player, he said, is Cub first baseman Anthony Rizzo.

It was all part of American Education Week festivities at Teutopolis Grade School. Each day, students and staff went with a daily theme in observance of the special week.

Monday, it was Superhero Day. Many dressed up as their favorite superhero. Tuesday was Team Shirt/Cap Day, when many students and staff celebrated the exploits of their favorite teams. Of course, in central Illinois, that means either Cardinals or Cubs.

"It's fun to learn new things," she said.

Habing said the special week was a great teaching opportunity.

"It's good to show that education can be fun and these activities get the school united," she said.

Principal Angie Sheehan said the themed week can be a motivating factor for students.

"It's all to motivate the children and make them feel good about their education," Sheehan said. "Some of this is something we reinforce every day, such as having a good attitude toward one another and what we are trying to accomplish."