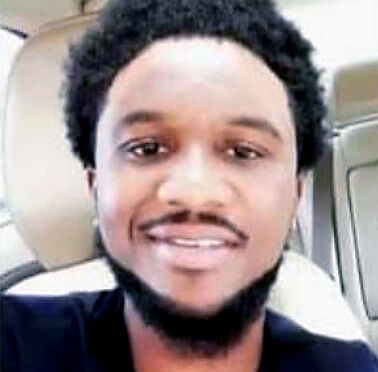 Authorities have now identified a body found along the Little Wabash River in September, but the circumstances surrounding the death remain a mystery.

On Sept. 18 at 2:45 p.m., the Effingham County Sheriff’s Office responded to the Little Wabash River in rural Effingham regarding a death investigation. The location was southwest of Effingham, near the Summit and Jackson township line (the end of 1175th St). Two young men kayaking down the river spotted a deceased individual along the river bank lodged in between the trees and river debris.

Following an extensive investigation by the Effingham County Coroner’s Office and the Illinois State Police, the individual has been identified through DNA and dental records as Ladonte D. Ealy, black male, age 25, of Dayton, Ohio.

A preliminary investigation revealed that Ealy was released from St. Louis County Jail on Sept. 1. His whereabouts after that and how he ended up in Effingham are still under investigation by local law enforcement.

Deputy Coroner Karen Hoene, utilizing social media, found the tattoos photographed at the autopsy were an exact match to Ealy’s tattoos on his Facebook page. Tattoos on both arms were identical. There was a nautical star on each of his upper forearms, stars on each elbow and flames going up both of his biceps. Several upper and lower teeth were missing and later found during the autopsy. He was wearing gray boxers and no shirt. The body had appeared to be that of a white male due to decomposition.

The autopsy and toxicology results are still pending and the cause of death is undetermined at this time.

Anyone with information on Ladonte Ealy or any unusual activity near the Little Wabash River the first week of September should contact Illinois State Police Special Agent Timothy Brown at 217-342-7861 or Effingham County Coroner Coroner Kim Rhodes at 217-342-4651.