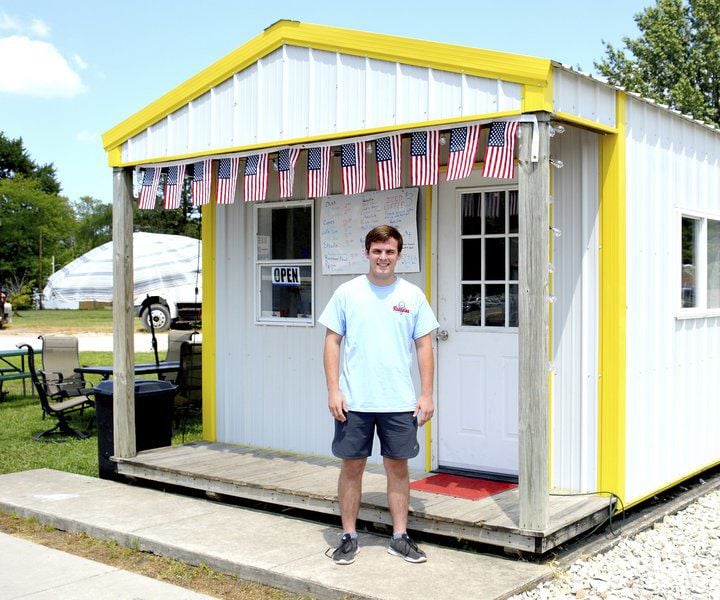 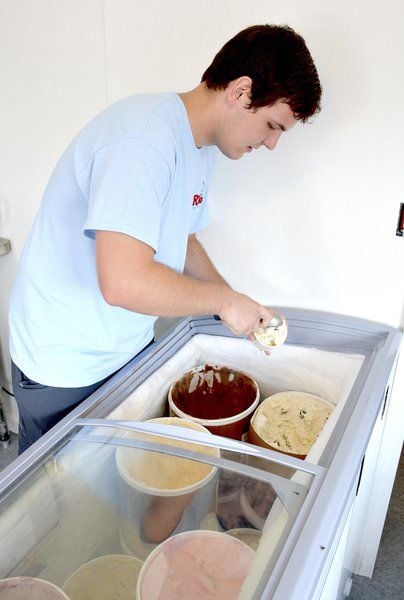 Truman Rhodes, owner of Rhodsies Ice Cream and More, dishes out ice cream at his concession stand located across from the Beecher City Foodliner on North Charles Street in Beecher City. Charles Mills 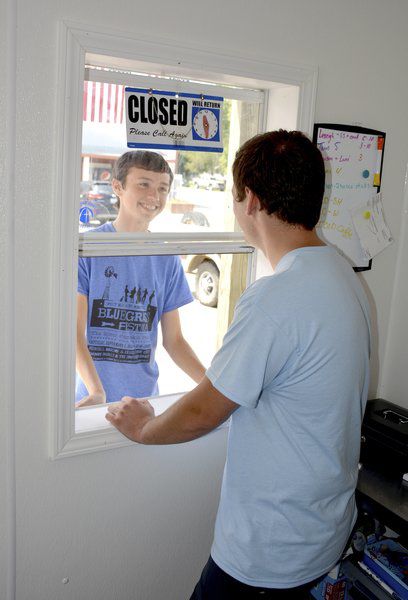 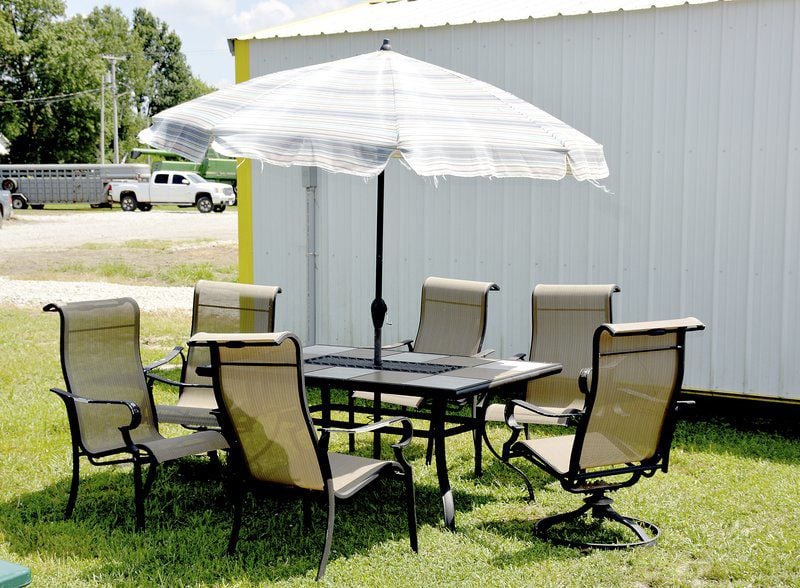 Truman Rhodes, owner of Rhodsies Ice Cream and More, dishes out ice cream at his concession stand located across from the Beecher City Foodliner on North Charles Street in Beecher City. Charles Mills

BEECHER CITY – What started out as a school project became a business last year in Beecher City.

Several years ago Truman Rhodes went to work for a local vendor, Witteborg's Concessions, and really enjoyed it. The high school freshman then had an idea to have his own concession stand.

“It really got me interested in it,” Rhodes said. “And after talking to my dad, he thought I should try to start something myself.”

Rhodes decided to take the idea and make it his CEO business project in 2018.

“I played around with the idea for a few years,” Rhodes said. “Then I applied for the CEO program and got in.”

“I started taking ice cream to events,” he said.

Rhodes decided after graduating from Beecher City High School in 2018 he would open a food stand on property behind his father's business, Rhodes Automotive Service, across from the Beecher City Foodliner, along North Charles Street. He named his business Rhodsies Ice Cream and More and keeps it open only in the summer.

“I wanted to bring something to Beecher City that wasn't already here,” Rhodes said.

Rhodes wanted to create an atmosphere where people could come and socialize during the warm weather months. He has outdoor seating for his customers just north of his food stand.

Rhodes said he likes the fact he has some customers visit twice a week and serves a wide variety of ages.

“We have a lot of seniors who come up here and several kids that come up,” Rhodes said. “And everywhere in between.”

“Most of the people that come up here I know pretty well just from growing up here,” Rhodes said.

Last year Rhodes closed his stand when he started his college coursework at St. Louis Christian College, where he hopes to graduate and become a preacher.

“I want to stay local,” Rhodes said about where he wants to go after graduation. “I'd really prefer to stay local and lead a church around here.”

Rhodes reopened his stand after his college studies were complete in May. This year he wants to keep it open the rest of August after he goes back to continue his studies in St. Louis.

He said every week bank employees visit his stand and things really get busy after baseball games in the park.

High school students help him at the stand during the week. Working with him this summer is Lexeigh Thompson, Carsen Burks and Lani Morrison.

Also helping out is one of his five siblings, 10-year-old Keaira Rhodes.

His regular hours are 11:30 a.m. to 10 p.m. Rhodes said if he decides to stay open after he leaves for college, he will reduce the hours of operation to 4 to 10 p.m. and come back on weekends to work. Rhodes refers customers to his Facebook page, rhodsies, for his hours.

“I'm just going to kind of feel it out for now,” Rhodes said. “If it doesn't do well, I'll close, and if it does well, I'll stay open a little longer.”

He said either way he will open back up in early May of next year when he gets out of school.