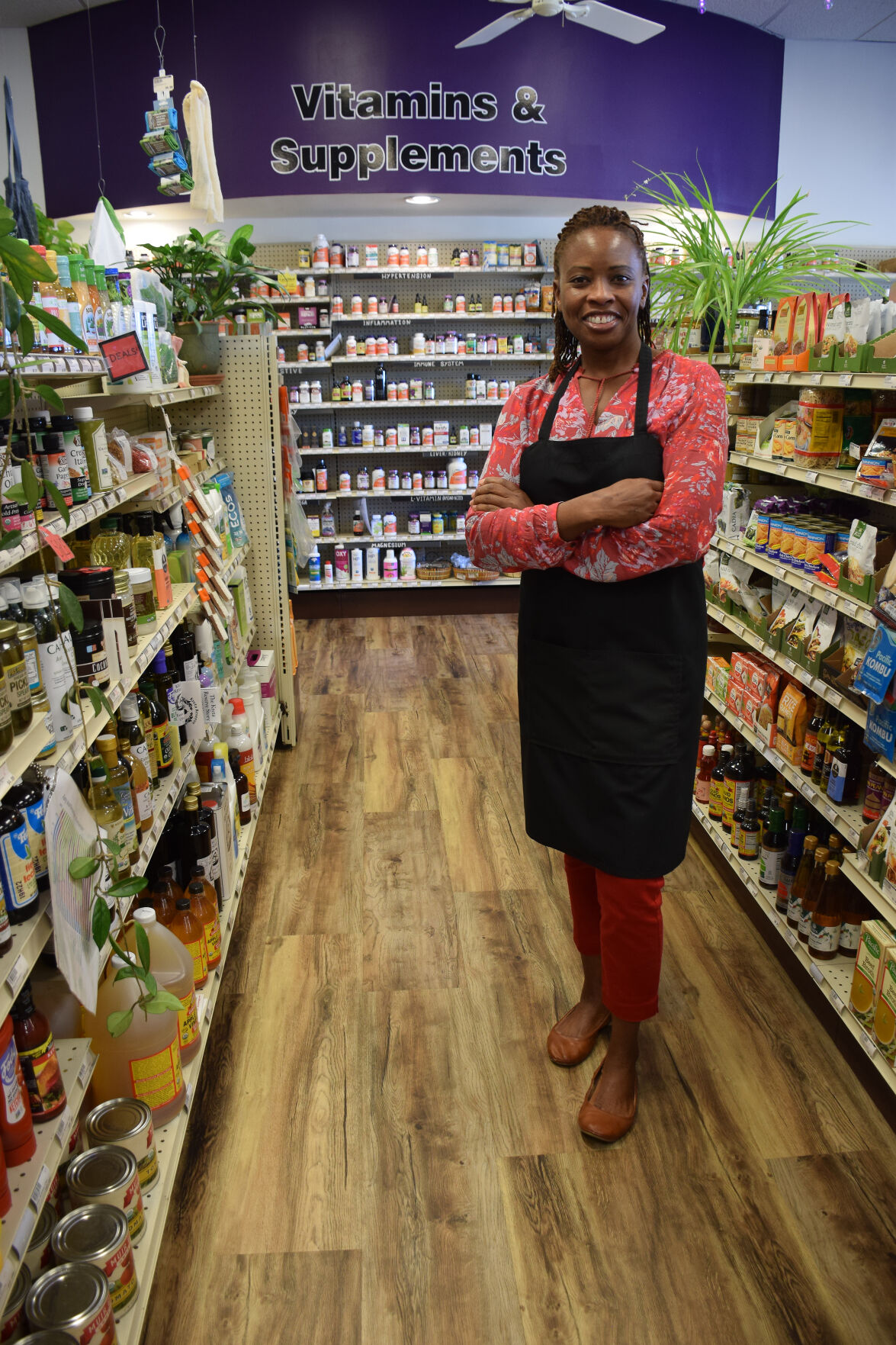 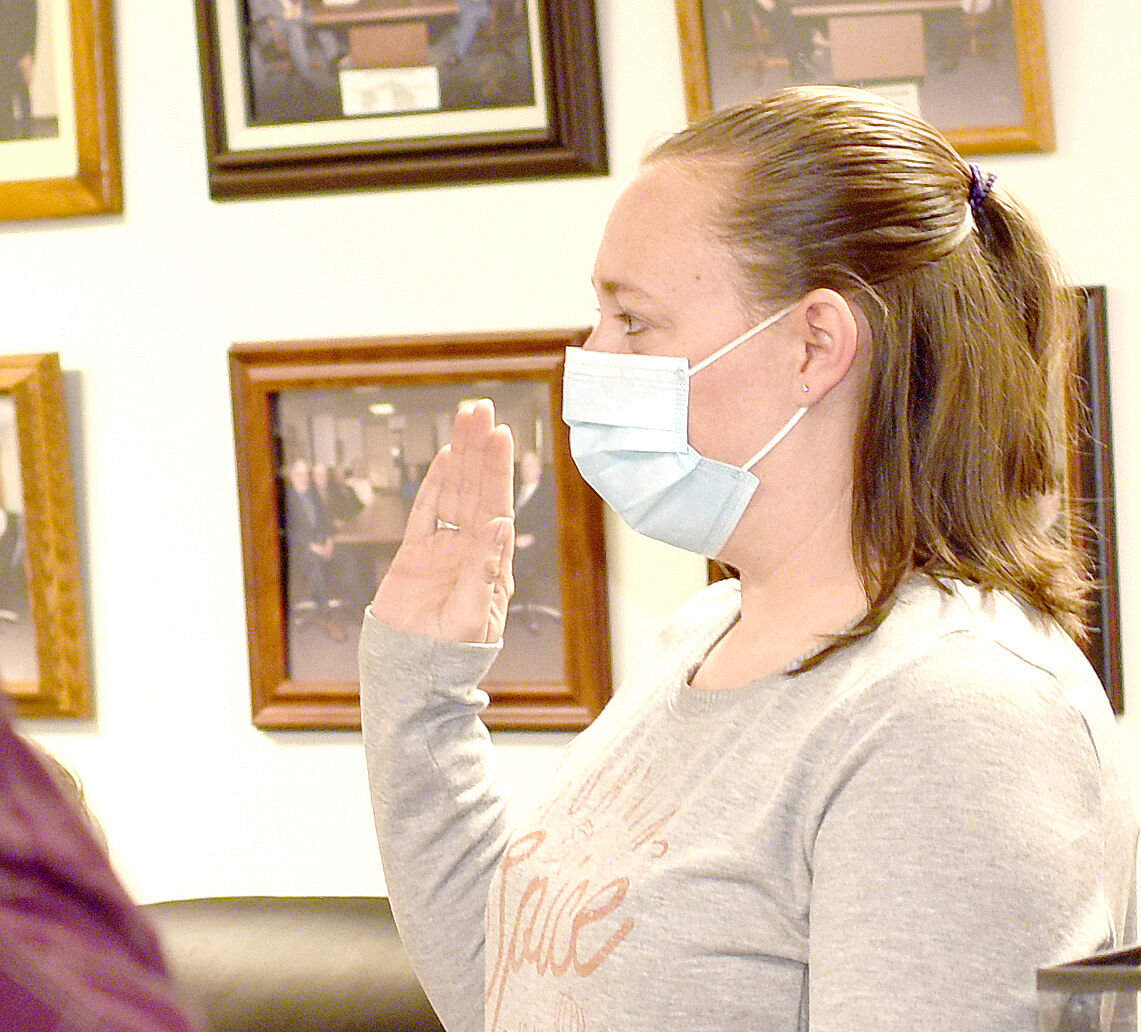 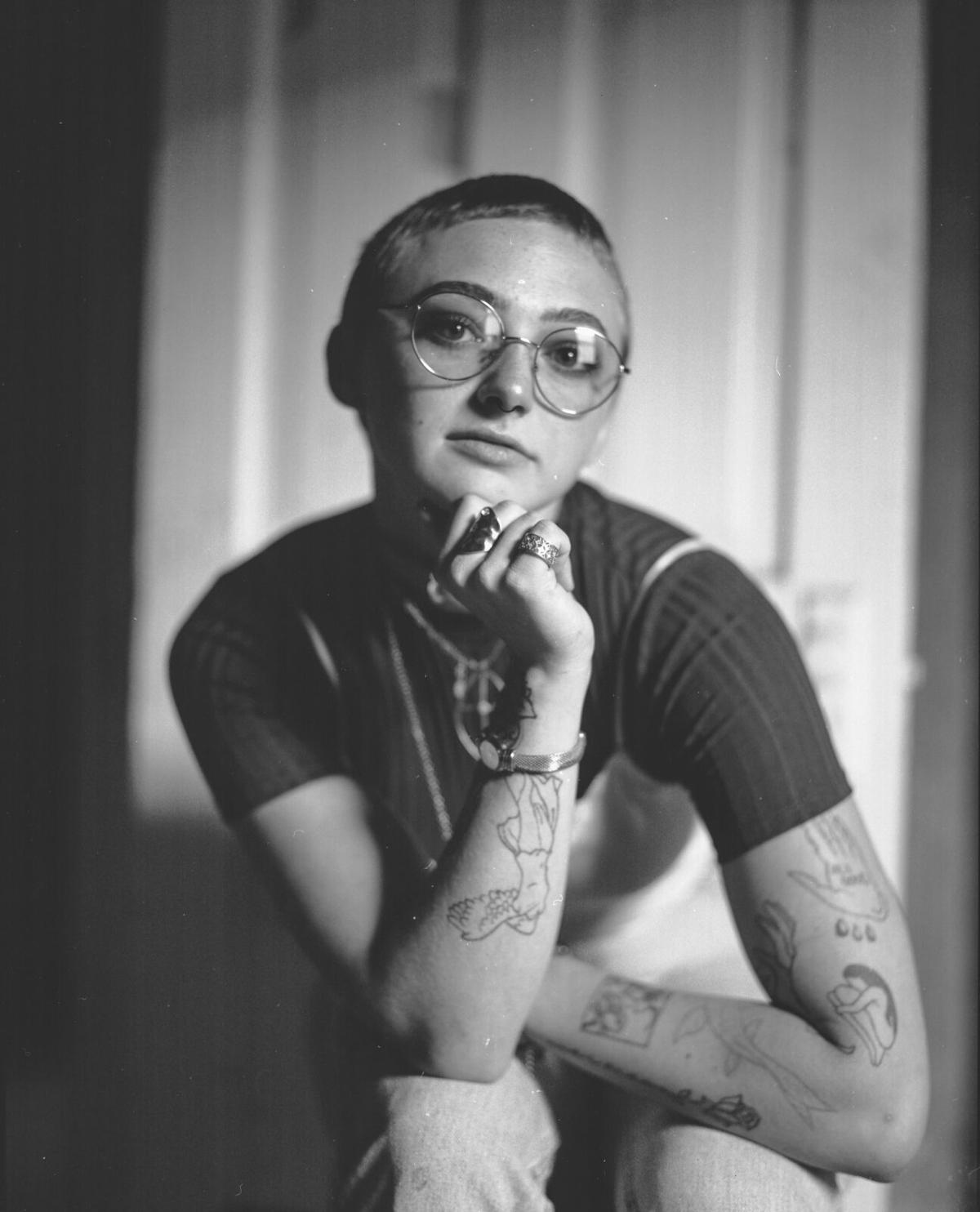 Artist and activist Anna Habing, who is a part of the Effingham Social Justice Group 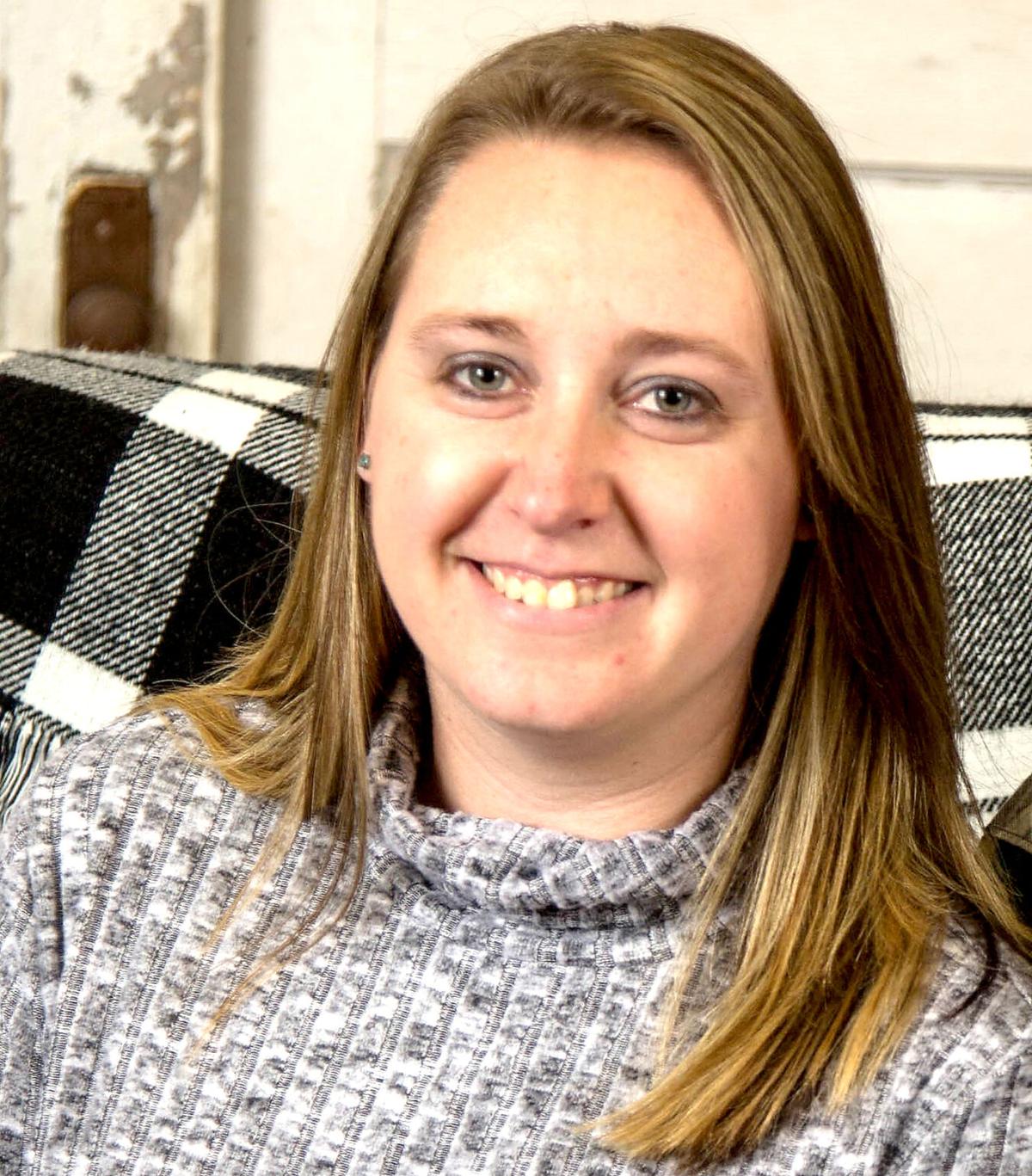 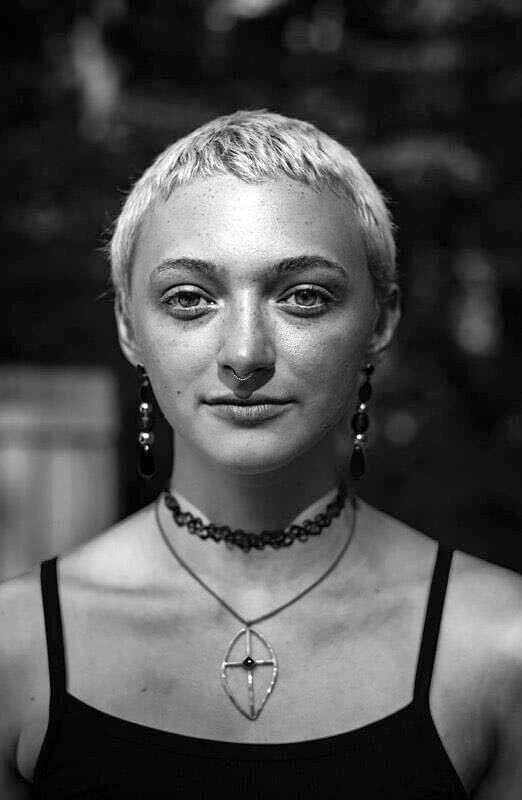 Artist and activist Anna Habing, who is a part of the Effingham Social Justice Group

As a Republican recently elected to the Effingham County Board, Elizabeth Huston was disappointed that her candidate lost the presidential election. But she’s ready to give America’s 46th president, Joe Biden, a chance to work on the myriad issues facing the country.

“If we move on and agree what has happened, as far as election results, we might actually get to move forward,” Huston said. “I just want to see more unity and kind of getting along.”

Huston, who was elected in November to represent District F on the county board, had organized a rally in October to support first responders and police. She saw Biden’s inauguration on Wednesday as the close to a chapter of political turbulence. The time has come to accept Biden and Vice President Kamala Harris, she said.

“I know they’re a different party affiliation,” Huston said. “I feel like it’s best that we unite and get along, move the U.S. to be better than it has been. The other party didn’t like when Trump got in.

“Do I like it? No. However, we need to make some type of agreement to move on.”

Having just started working with the county board, which has historically been made up of mostly men, Huston is excited to see a woman in the White House. Harris is the first woman – and first woman of color – to win a national election. She’s the first woman to serve as vice president.

“I feel it’s good to have both men and women involved in government,” Huston said.

“I was expecting it, to be honest,” she added. “The way that people saw the world 50 years ago – It’s good to see some change.”

Others were ecstatic about the win for Biden and Harris.

The Effingham Social Justice Group – a coalition of activists, politicians and community leaders – held a demonstration to support social justice movements such as Black Lives Matter in the wake of the killing of George Floyd in Minneapolis. The peaceful June rally in Effingham drew hundreds.

Anna Habing, an artist and musician from Watson, helped plan that rally, though she says it was a group effort to put together.

“I think its a huge feat,” Habing said of Harris as vice president. “There are (also) lots of women coming into Congress, and women of color.”

The next Congress will have a record 141 women serving, breaking the former record of 127 women, set in 2019.

“There is still a lot of work women need to do to be completely equal,” Habing said. “Obviously, we’ve come a long way from Alice Paul and Lucy Burns,” she added, referring to activists who fought for women’s suffrage in the early 20th century.

Habing is left of Biden, politically. She’d have chosen another Democrat for the job.

“I wouldn’t say that Joe Biden is who I’d put in the White House,” Habing said. “I’m very left-wing.”

But she can’t complain.

“Had it not been between Biden and Trump, we would have lost a lot of undecided voters to the right wing,” she said.

Unity can be an elusive concept, Habing said.

“I feel like the unity we need is for Republicans to unify with Democrats, not the other way around,” she said. “More than anything, his call for empathy and respect for the people next to you, whether they’re a woman or a child or Black or brown — if that doesn’t happen, we’re just gonna be here again. I don’t necessarily think unity means working with white supremacists.”

With the economy and the virus being central parts of the campaign, local business owners also had an ear to the election.

Prima Torbeck took over as the new owner of Heartland Health Foods in Effingham in November of 2019, just a few months before the pandemic hit.

The pandemic brought shifts in her customers’ buying habits, with fewer customers coming into her store during the peaks of the pandemic. Torbeck used a loan from the Small Business Administration’s Paycheck Protection Program to keep her two part-time employees on staff.

With Democrats controlling the White House and both houses of Congress, Torbeck is hopeful but wary.

“It’s an opportunity to see what they’re gonna do,” she said of Democrats. “They’ve got it all.”

She thinks that whatever aid programs the new administration implements, officials should note how the Paycheck Protection Program was criticized for giving money to larger, successful businesses.

“I hope that whatever they do, it’s harder for big businesses to take money that was meant for small ones,” she said. “Otherwise, I’m just sort of wait and see.”

After a few hard months this fall, Torbeck added that she wants to expand her business, but that real stability from her business can only come from community support, not from national politics.

“A community this size needs a health food store,” she said.

Torbeck is excited to see Harris add balance to the new administration.

“I think women are better — more skilled — at figuring out how to feed 5,000 with a basket of fishes and loaves,” she said. “Women are thinking three steps ahead.”

Torbeck, who is Black, was also reflective, thinking it would have been good to have her parents around to see the historic moment as Harris was sworn in.

“If both my parents were alive, I would be more impacted, with my father being born in 1919,” she said. “It would be so much more meaningful to have my parents enjoy that.”

Torbeck says her parents were raised in the Jim Crow and pre-Jim Crow south, living through policies of segregation and dehumanizing rhetoric.

“I’m one generation away from share cropping and slavery,” she said, pointing out that her grandfather was born in the 1800s.

Biden’s election is also historic since he is just the second Catholic after John F. Kennedy to serve as President. Some Catholics are wary of this, though, because of Biden’s views on some controversial issues, including abortion.

Bishop Thomas John Paprocki of the Diocese of Springfield in Illinois, who oversees Catholic Churches in much of south central Illinois, released a statement on Biden’s inauguration.

“It is true that the Catholic Church shares the President’s concern for justice in matters of the economy, health care, and immigration. It is also true that several of the President’s policy positions are at odds with Catholic teaching about the dignity and integrity of human life,” Paprocki said in the release. “...I join Archbishop Gomez [President of the United States Conference of Catholic Bishops] and my brother bishops in praying that President Biden will be an effective and virtuous leader of our great nation and that he will truly seek healing and unity, which will necessarily include respect for the God-given freedom of people of faith to practice their religion freely.”