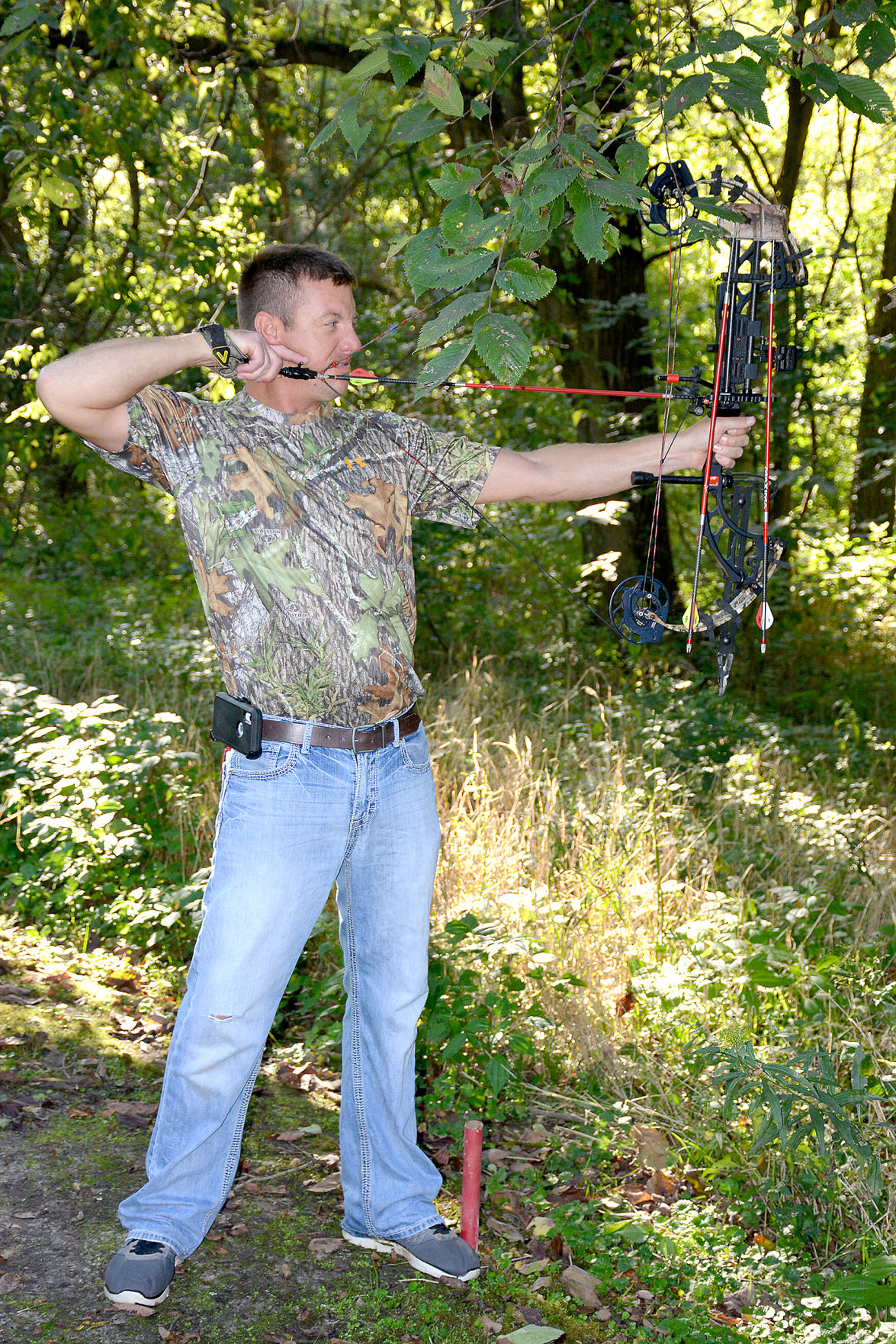 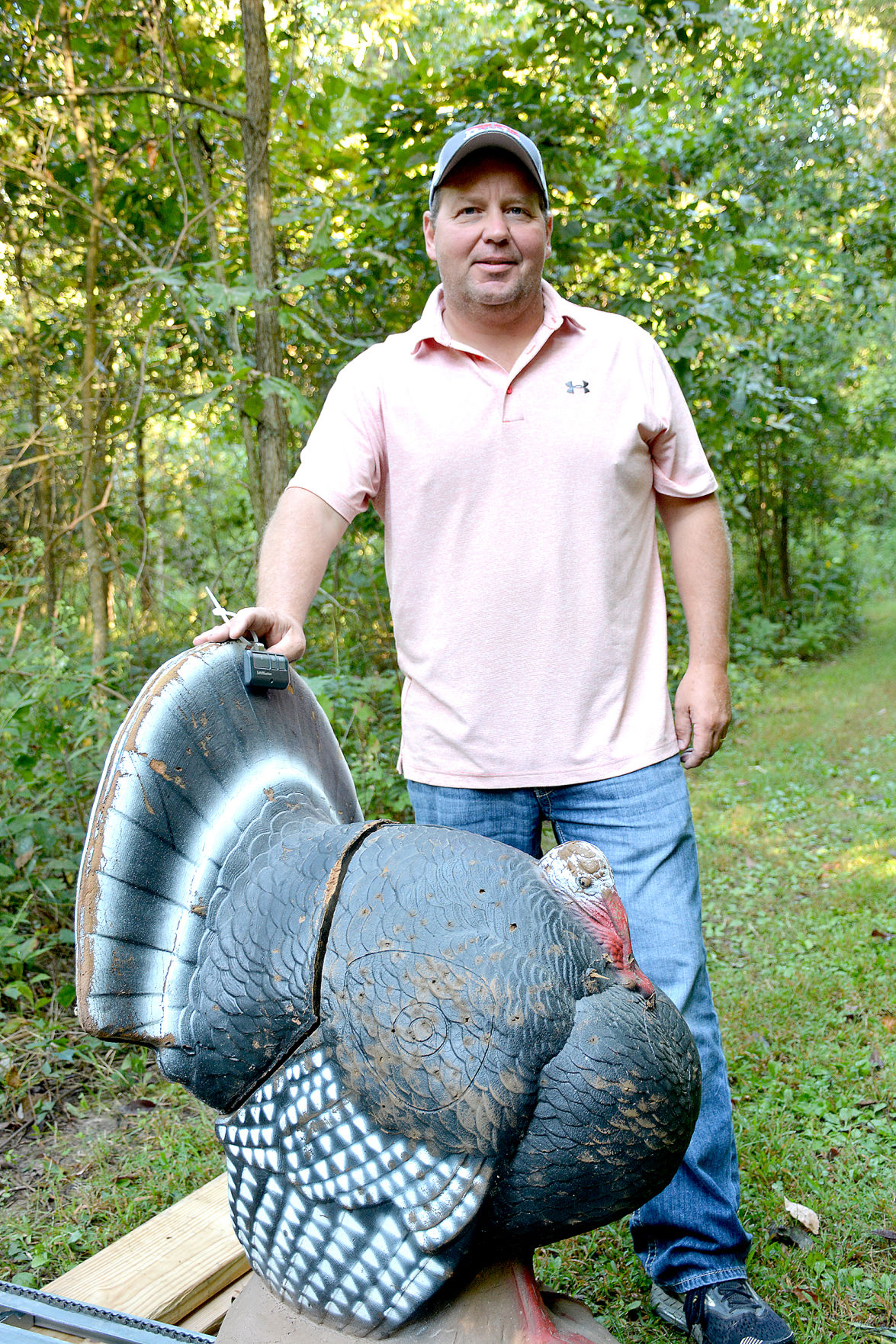 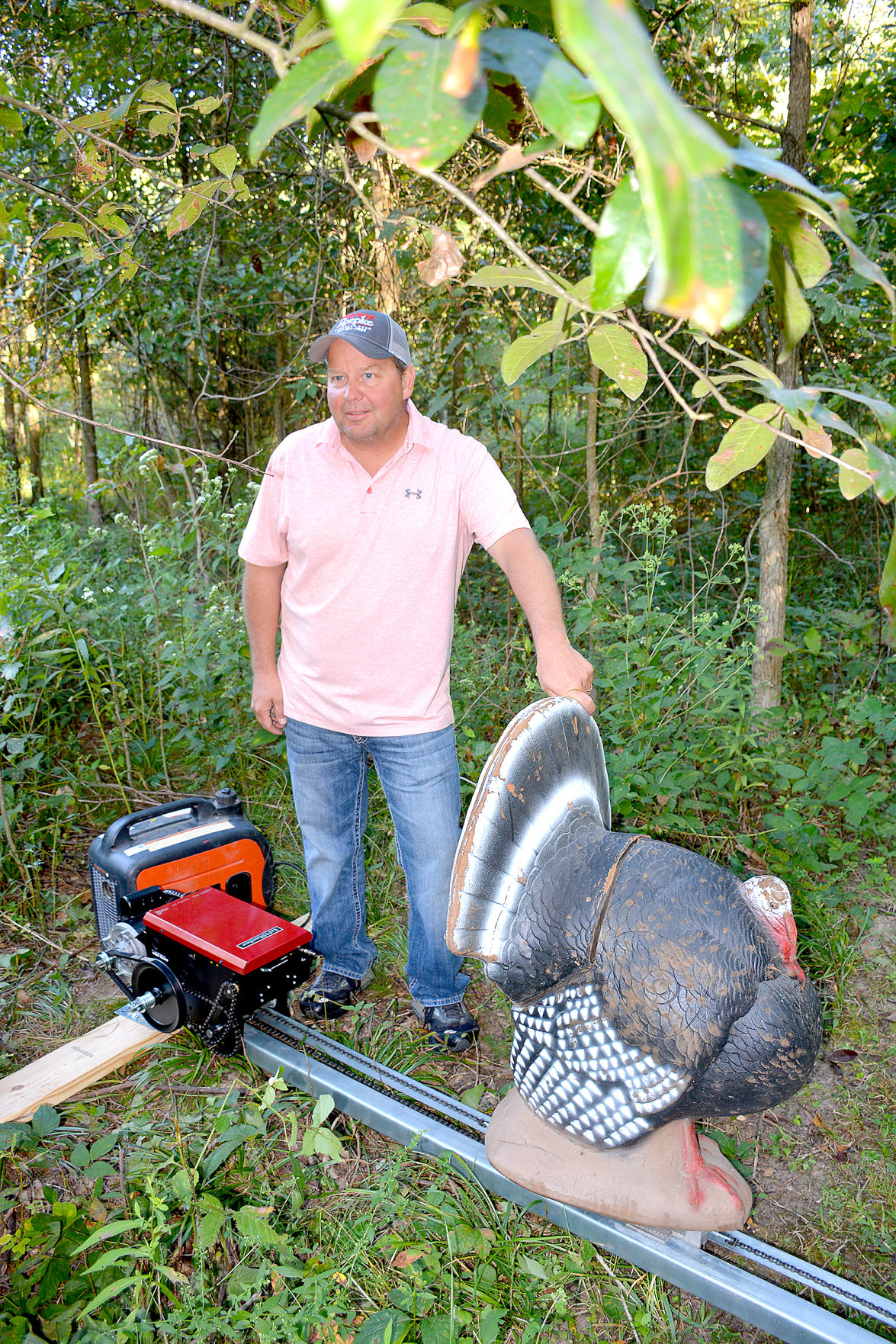 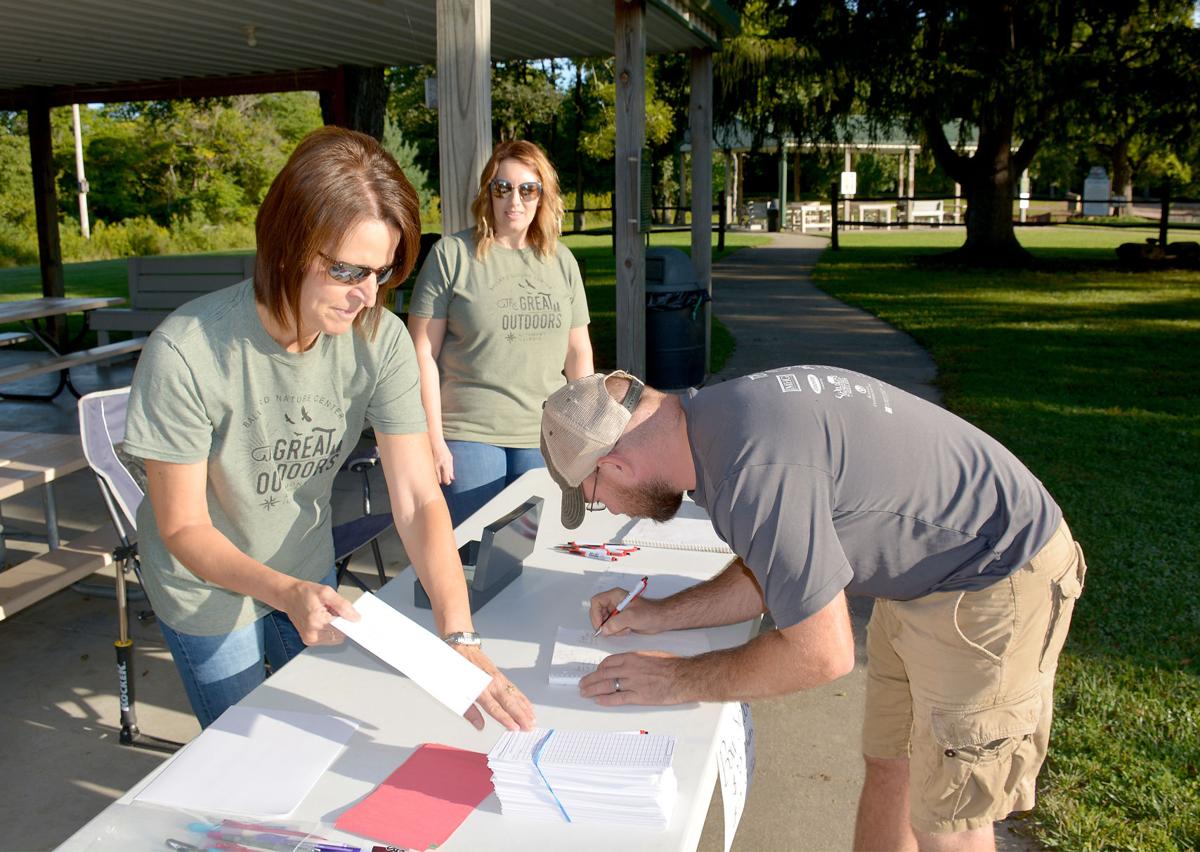 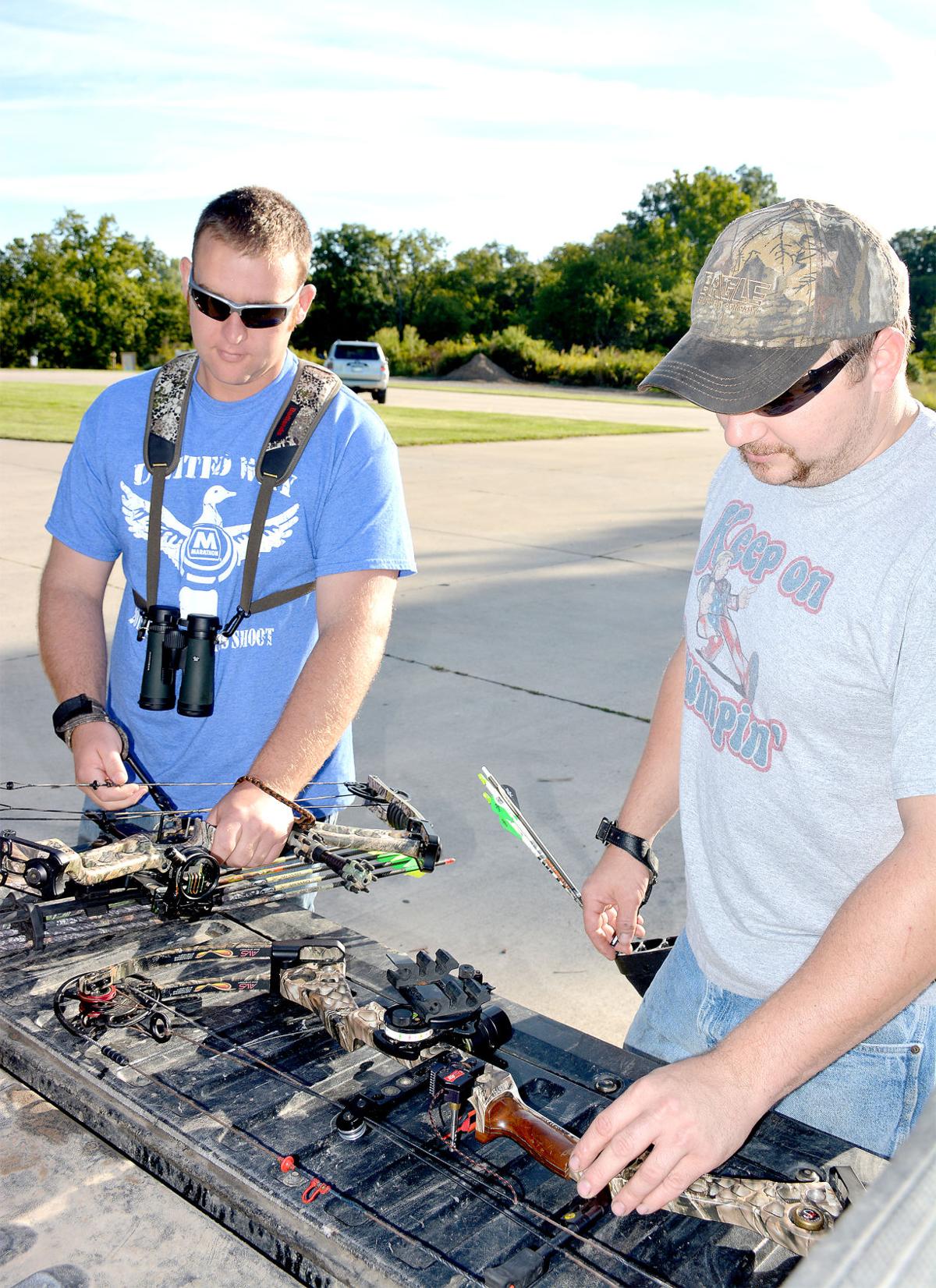 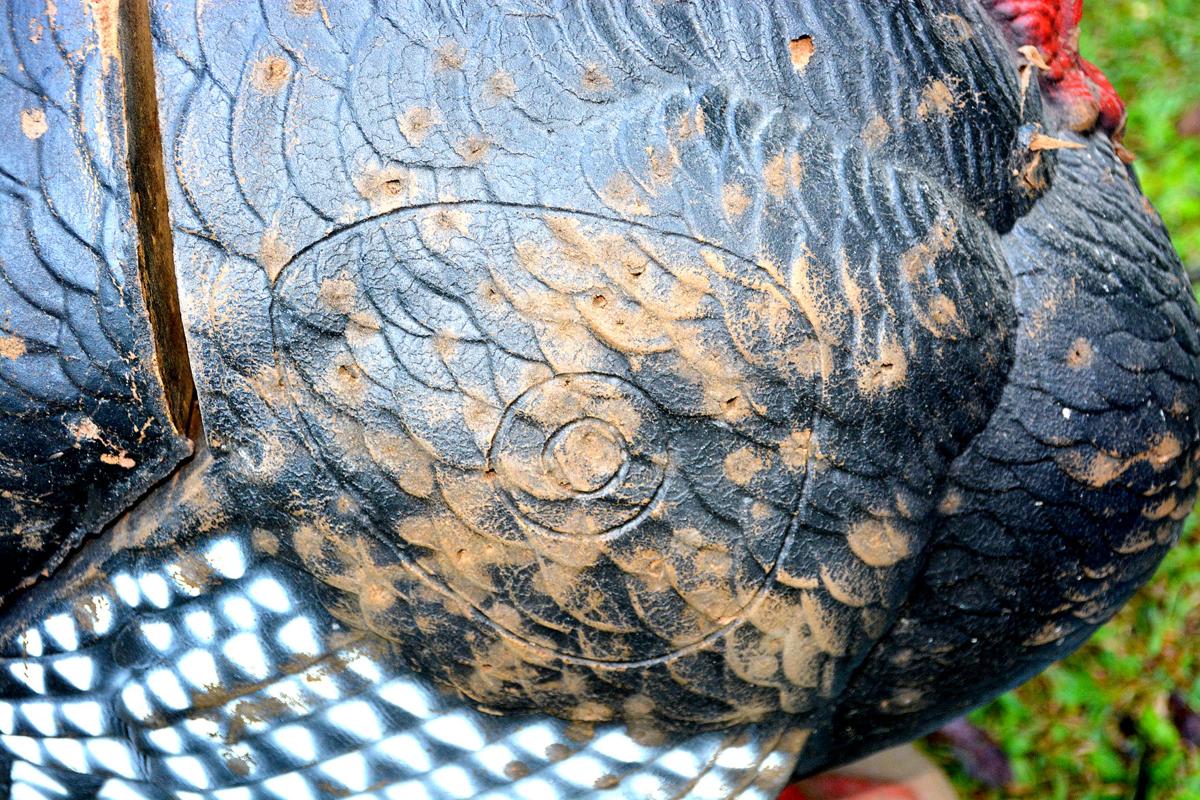 ATLAMONT — Close to 80 archers gathered at Ballard Nature Center Saturday for the first of a two-day 3-D Bow Shoot.

Each participant competed in one of three classes: Men’s, Women’s or Youth 15 and younger.

At each target, archers were required to find their color-coded stake before shooting. A youth stake painted in green was placed closest to the target, orange for women and a red stake for men was placed furthest from the target.

“When they shoot, they must have their foot touching that stake,” Roepke said.

Thirty targets were set up along a trail in the woods around the nature center, including a bear, deer, alligator lying in the creek on a sand bank, and a moving turkey. Distance between the archer and each target varied between 20 and 50 yards. Each archer got one shot per target.

“When they go down there to shoot, they hit the remote button and a turkey cuts across a trail and they have to shoot it as it’s walking by,” Roepke said.

“We created live shots,” Roepke said. “Live shots a real hunter would take in the woods through the brush and down the hill.”

Donnie Swingler of Teutopolis and his son, Keegan Swingler, experienced the shoot together on Saturday morning. Donnie Swingler has attended all four Ballard Nature Center shoots.

“I like just getting outdoors,” Swingler said. “And what I like the most, it gets us ready for bow season.”

Cody Voelker of Altamont and Nathan Cushman of Stewardson are no strangers to the Ballard Nature Center 3-D Bow course. Cushman said he has been shooting a bow for at least 18 years and enjoys the annual 3-D shoot.

“They change it every year,” Cushman said of how the targets are set up.

“It’s more realistic than shooting paper targets,” Cushman said. “I enjoy shooting a bow, and I always have.”

Blake Bahrns, Brent Bahrns, Jarrad Phillips and Tyler Morgan walked through the target range as a group. Blake Bahrns of Effingham and Morgan of Decatur had a special reason why they wanted to experience the 3-D shoot. They are preparing for an archery elk hunt in New Mexico in a couple of weeks. Bahrns said his wife and Morgan’s wife are both pregnant and have a March 15 due date. Bahrns thinks the New Mexico trip might just be their last hunt for a while.

“It’s nice to be able to shoot a 3-D target,” Morgan said. “You get the opportunity to shoot targets with realistic shooting scenarios.”

“That’s why I drove down here today,” Morgan added. “This gives you real-world experience.”

Roepke said the shoot attracts 125 to 150 archers every year.

“Every year it grows a little more,” Roepke said.