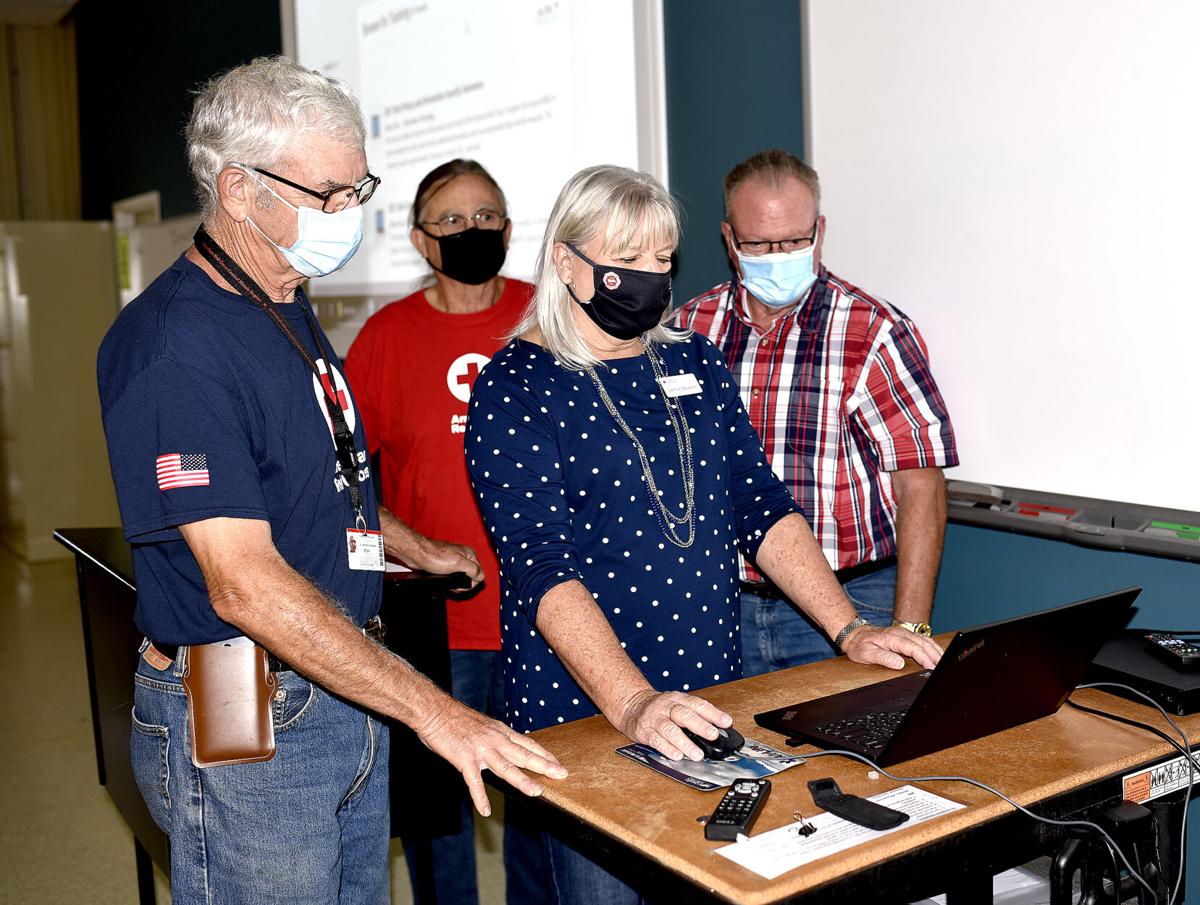 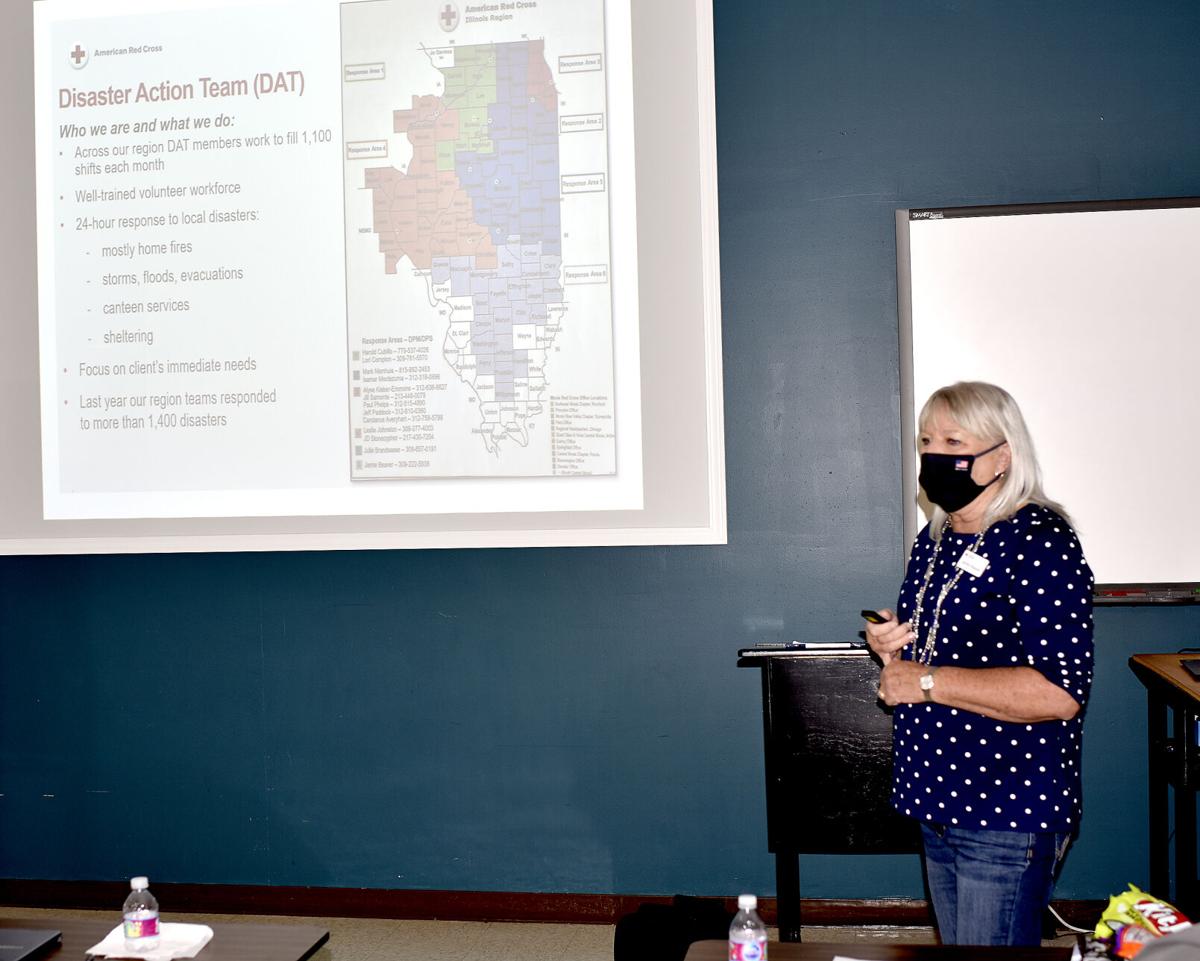 Disaster relief was the focus of a bootcamp held over the week in Effingham.

Five Red Cross volunteers, three from response area six, came to Effingham, where they received a recap of any changes in volunteer responsibilities when responding to a disaster scene.

Beaver hosted two other bootcamps in her response area, one in Mount Vernon and the other in Springfield.

“I’m really trying to build up disaster volunteers which we sorely need. All of the response areas are holding bootcamps,” Beaver said. “Many don’t understand what the Red Cross does.”

“Volunteerism is down so bad,” she said. “In rural areas it is hard to keep volunteers engaged.”

She said since the COVID-19 pandemic, volunteers haven’t been as engaged because they have had to respond virtually.

Beaver said some volunteers have moved away from her response area, leaving her today with only 40 active volunteers to cover the 23 counties she manages.

Volunteers have option to stay exclusively local, regional within the state of Illinois or around the country. She said she had two volunteers who are husband and wife recently return to Illinois after responding to Louisiana.

“If things work out with their family commitments they can go,” she said.

During Saturday’s bootcamp, she told her volunteers at least two volunteers must respond to a disaster scene. She said the Red Cross is becoming more pro-active when it comes to disaster response.

Volunteer Alan Shumaker of Altamont who attended the Saturday bootcamp said both he and his wife Joyce are Red Cross Volunteers for 12 years.

“The benefit we have is that it requires two people to go to a response so with one phone call they have both of us,” Shumaker said. “We prefer to work locally.”

On Saturday, Shumaker said he was attending the bootcamp to learn more about data entry.

Dan Ensign of Charleston, who also lives in response area six, has been a volunteer for 46 years. He also attended the bootcamp on Saturday.

“When I first became a volunteer of the Red Cross I was a CPR instructor for health and safety services,” Ensign said. “Then they moved to advanced first aid.”

Ensign said he has enjoyed volunteering for the American Red Cross.

“Right now I’m looking for that little pin that says 50 years on it,” Ensign said.

Anyone who would like to volunteer for the American Red Cross should go to the website redcross.org to register. Volunteers must have a background check before becoming a Red Cross volunteers. She said after the background check is complete Beaver is notified.

Beaver said most of the training for new volunteers is online.

“Most of my area is so rural and spread out rather than having volunteers drive two hours for training, we can now train them online at home,” Beaver said.