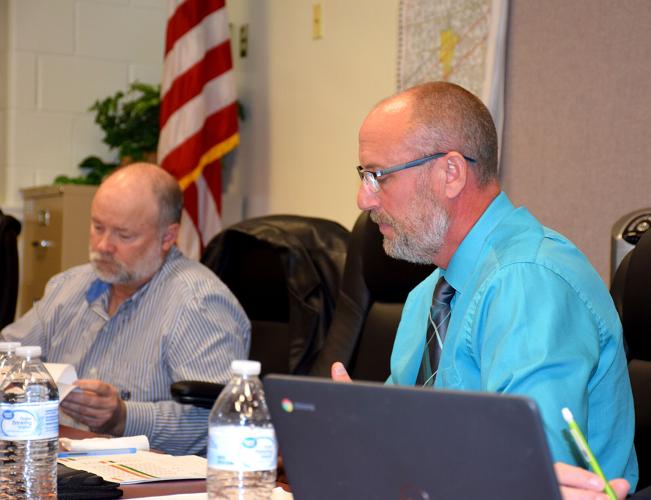 Kris Biggs, right, provides the Unit 10 Board with a summary of the district’s statewide test scores. Kerry Wolff, left, looks over the data provided by Biggs. Biggs is the principal of Altamont Grade School. 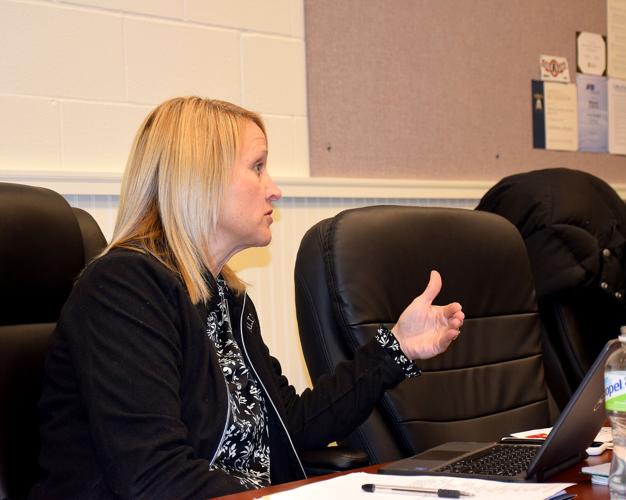 Altamont High School Principal Peggy Bueker argues that some students need more of an incentive to perform well on the SATs. She also explained that some students have no motivation to do well because they have no plans of attending college. 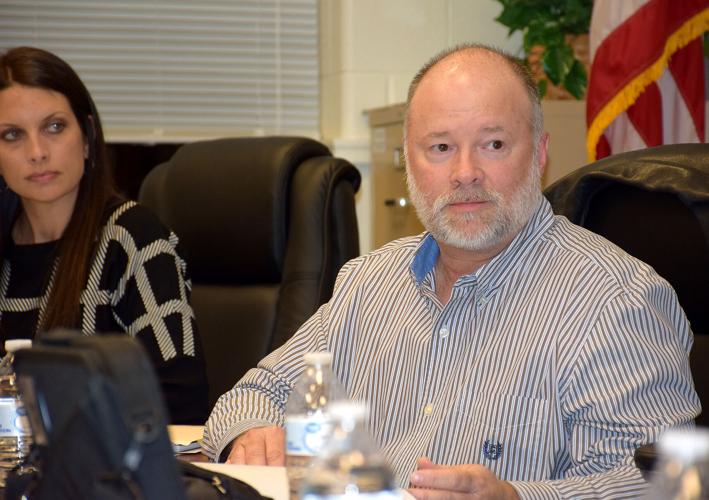 Kris Biggs, right, provides the Unit 10 Board with a summary of the district’s statewide test scores. Kerry Wolff, left, looks over the data provided by Biggs. Biggs is the principal of Altamont Grade School.

Altamont High School Principal Peggy Bueker argues that some students need more of an incentive to perform well on the SATs. She also explained that some students have no motivation to do well because they have no plans of attending college.

Altamont Unit 10 is shifting the focus of its curriculum after recent Illinois Assessment of Readiness and SAT scores for the district revealed some areas where improvement is needed.

Upon reviewing the district’s statewide test scores, the school board discussed ways to improve the academic performance of students in addition to the efforts already being made by the district’s curriculum committee.

“I’m not going to sugar coat things,” Biggs said. “There’s some individual classes, if you go through all this stuff, that we definitely have some work to do on. We’re definitely not happy with where we’re at.”

Biggs said the district’s sixth through eighth grade math scores on state-wide tests were particularly alarming. He attributed the poor test scores to a lack of consistency as a result of the district’s teacher turnover rate.

Despite the less than ideal math scores, Biggs said the district tested fairly well in the areas of science and English and language arts. Additionally, the district was given a commendable rating.

In light of recent test scores, Biggs said the district’s staff will be focusing on curriculum alignment and make revisions to the district’s RTI, or Response to Intervention plan, to ensure students are learning what they are supposed to and help any individual students that might be struggling academically as early as possible to avoid future problems

The board also approved the addition of a business teacher during the meeting which will allow the district to provide several new courses. Among these course are Service Learning, Diversified Occupations, Accounting 1 and 2, Keyboarding and Computer Concepts and Software Applications.

In a previous meeting, the district’s curriculum committee unanimously decided to add the courses for the 2023 school year.

Unit 10 Board President Dale Laue called the addition of a business teacher “an exciting addition to our courses.”

With the addition of a business teacher, district officials hope to ensure that students are better prepared for life after high school, whether it be college or joining the workforce, by making sure students from other district’s don’t have an advantage because they have access to courses Altamont students don’t.

Biggs said he was surprised at how impressive Cowden-Herrick schools did on the same statewide tests.

He said he would reach out to the district to see if there’s anything they are doing differently that could also benefit Unit 10.

“We’re sitting about fourth on the list with surrounding schools. I’d like to know what Cowden-Herrick’s doing. They kind of blew me out of the water with their scores,” Biggs said in reference the district’s English and Language Arts scores.

Dissatisfied with the district’s statewide English and language arts test results, Biggs suggested focusing heavily on reading while students are still in their first few years of school. Particularly, he said they are shifting the focus toward phonics at the kindergarten level.

“We just felt like we were trying to do too much too quick with the kids,” Biggs said.

In an attempt to improve the district’s SAT scores, Biggs said teachers should meet to go over test questions from the previous year to better prepare students.

The board also discussed the possibility of adding incentives for students to prepare and perform well on their SATs, especially those students who have no plans to attend college after high school.

“There’s no skin in the game for them,” Bueker said.

Unit 10 Board Vice President Kerry Wolff expressed his concern regarding the state of public education in the district and the nation as a whole, especially in the aftermath of the COVID 19 pandemic.

“I continue to be baffled by just public education overall,” Wolff said.

He urged district officials to do everything in their power to ensure students aren’t left behind, so those same students are more likely to come back to Altamont to raise their families.

“What do we do to not leave these kids behind?” he said.