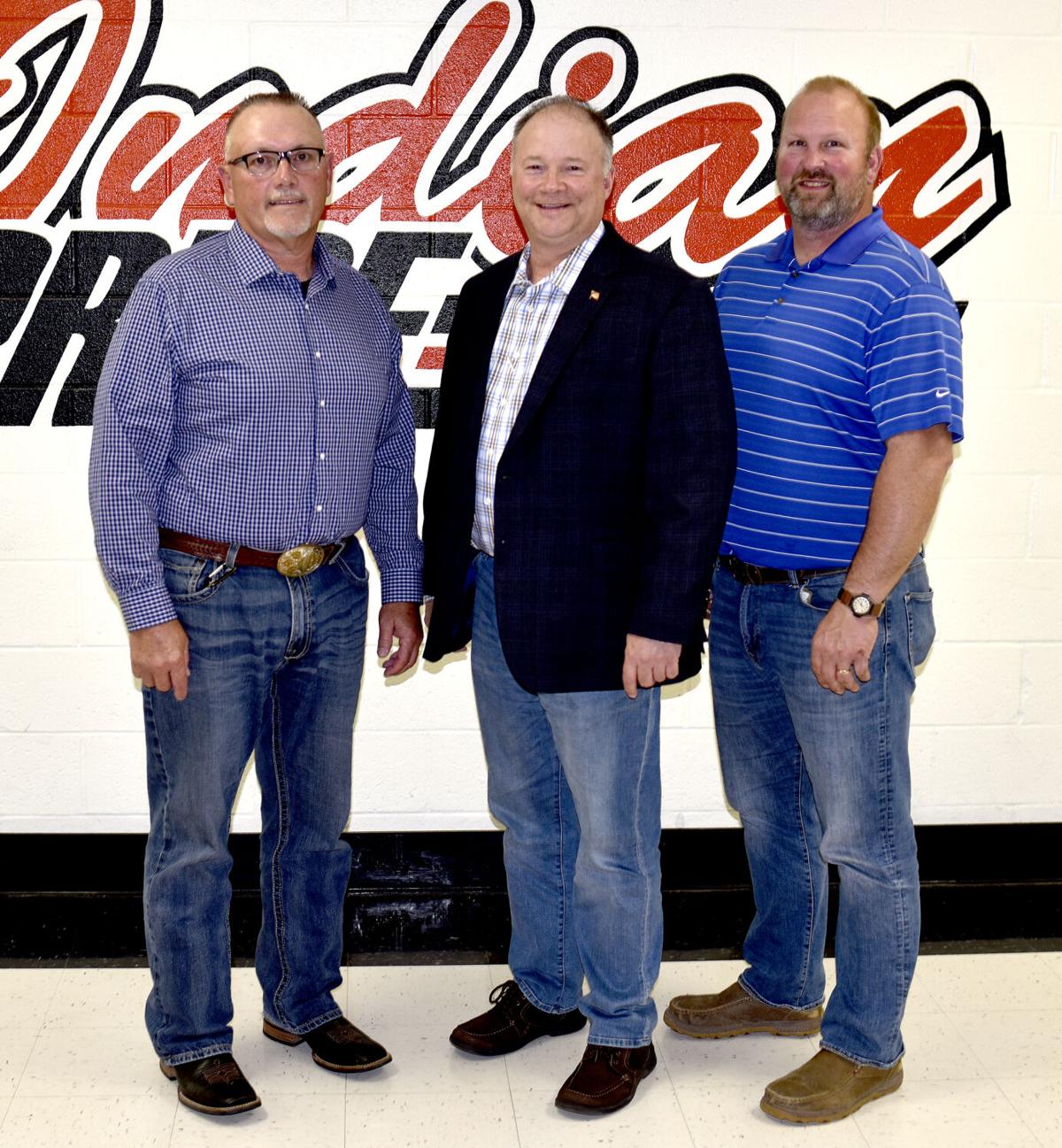 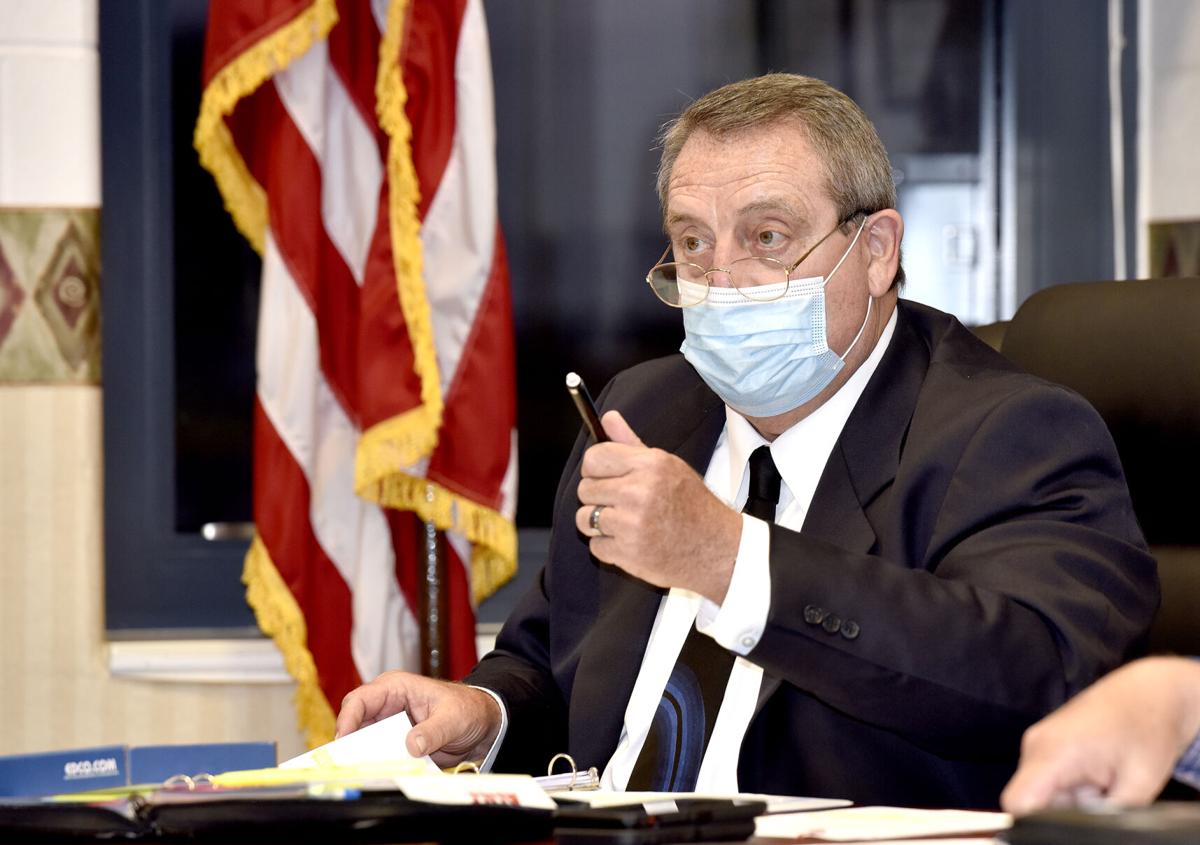 Interim Superindent of Schools Jim Littleford acts as president pro-tem of the school board before canvassing votes for board of education officers. 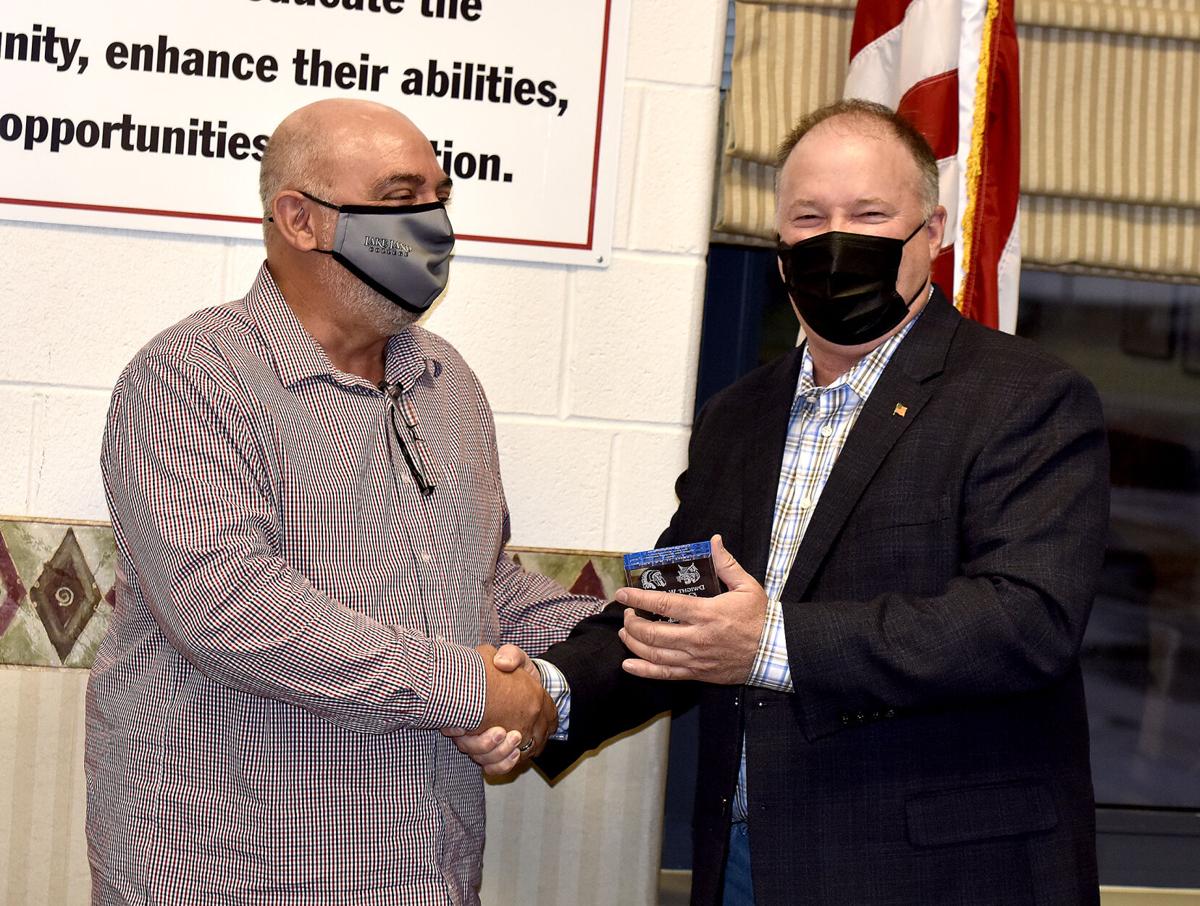 Darren Feldkamp, left, was honored for his service as a member of the Board of Education Wednesday night on his last night of service. Feldkamp decided not to run for re-election to the board in April. Making the presentation is Former Board President Kerry Wolff pictured right. 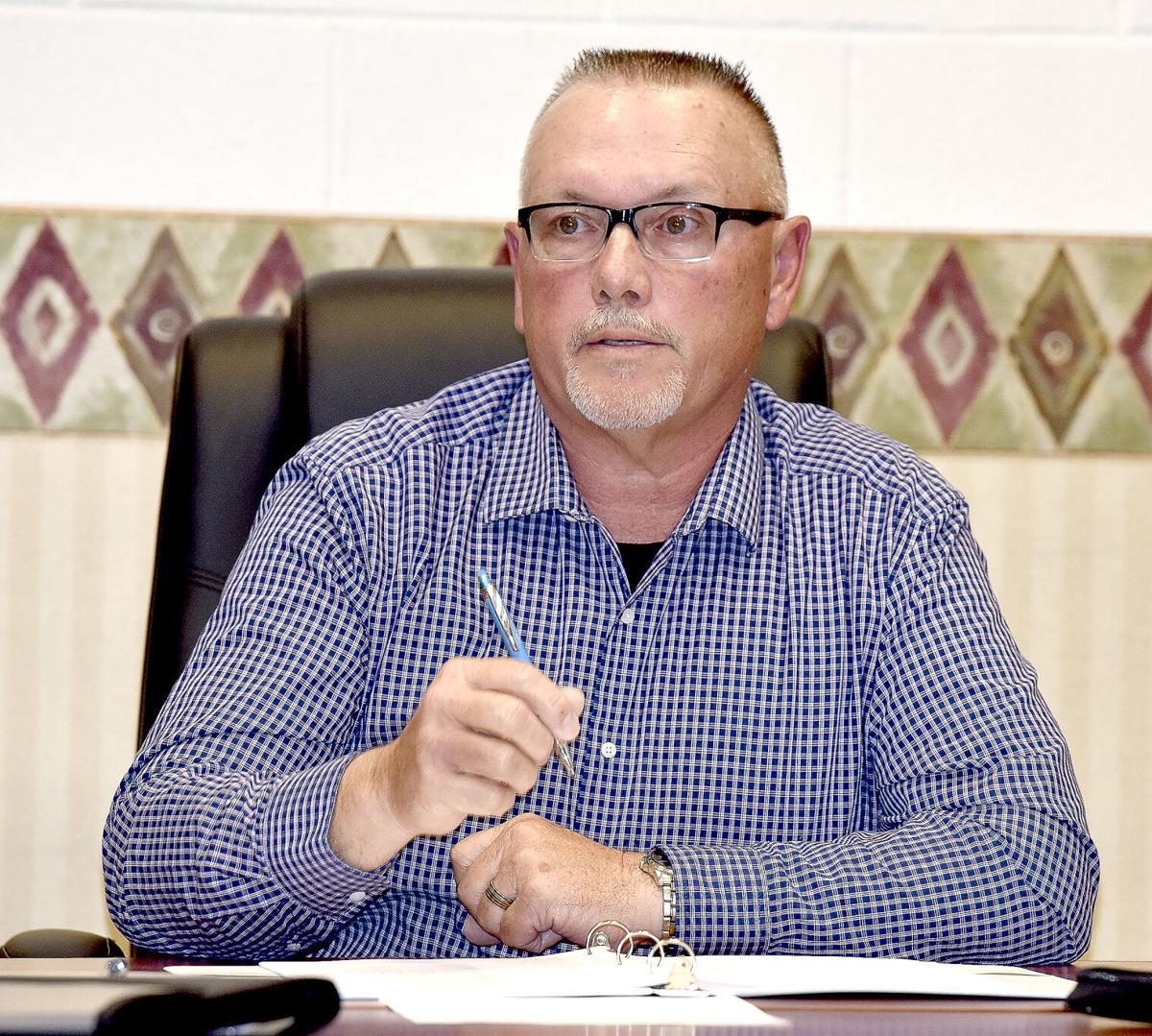 Interim Superindent of Schools Jim Littleford acts as president pro-tem of the school board before canvassing votes for board of education officers.

Darren Feldkamp, left, was honored for his service as a member of the Board of Education Wednesday night on his last night of service. Feldkamp decided not to run for re-election to the board in April. Making the presentation is Former Board President Kerry Wolff pictured right.

ALTAMONT – The Altamont Unit 10 Board of Education is now under new leadership, as board members canvassed votes this week for officers during a special board meeting.

Dale Laue, who ran unopposed in the April election for a school board seat, was elected board president. Laue was an elected board member from 1989 to 2009 and served as president of the board from 2002 to 2009, rejoining the board September 2020 by filling a seat vacated by Ross Cornett after Cornett was hired as co-technology coordinator in the district’s IT department.

Board members selected Kerry Wolff to be vice-president. Wolff was vice-president of the board before, advancing to board president to replace Shelly Kuhns, who formally resigned as president in February. His term as president ended Wednesday with the reorganization of officers.

Alan Kollmann was re-elected as board secretary.

Before the election of officers, Wolff, acting as board president, swore in Alan Shumaker and Laue. Shumaker also ran unopposed in April. Also sworn were Kuhns, who remains a board member, Kollmann, Darren Feldkamp and Dane Milleville.

Interim Superintendent Jim Littleford served as board president pro-tem and Unit Secretary Donna Kroening served as board secretary while the board canvassed votes for officers. Laue presided over the meeting after he was elected president.

Darren Feldkamp, who decided not to run for re-election in April, was recognized for his service to the board. Since there were no candidates to run for the open board seat, the board can now seek someone to appoint to board to fill his seat.

The open seat left by Feldkamp can only be filled by someone who is not a resident of Mound Township. There is a limit of three board members per township in the district and three current members reside in Mound Township.

The first order of business was the approval of regular meeting schedule for 2022. THe board also continued all polices of former boards of education and approved a two-year length of office for elected officers before going into closed session. As a result of closed session, the board adopted a resolution authorizing a notice of termination of employment of bus driver Aura Rutherford, effective April 28, 2021.

Littleford made a recommendation to approve a renewal of a contract with OPAA! Food Management for the 2021-22 school year.

“This is the end of their first year,” Wolff said.

“The food service we anticipated having this year we haven’t had,” Kuhns said. “When we signed a contract with them no one anticipated COVID and the supply chain and workforce disruption they experienced.”

Kuhns said it was important to renew the contract and let it play out in a non-COVID year.

“That way we can see what the food looks like and what the kids think of it,” Kuhns said. “We can’t base anything on what happened this year.”

Laue said he was concerned about OPAA! staffing for the next school year.

“I think it’s been difficult to form them (OPAA!) to hire staff,” Littleford said. “It’s hard to hire anybody right now.”

“What is our other option? If they can’t hire people, we wouldn’t be able to staff that kitchen, either. I don’t think we could find any better option,” Kuhns said.

Littleford said they had issues on the side of the school district and OPAA! that have been resolved standing behind his decision to recommend OPAA! to the Board.

The board unanimously approved a contract renewal with OPAA! Food Management for the 2021-22 school year.

Board committees and appointments will be made a future meeting.