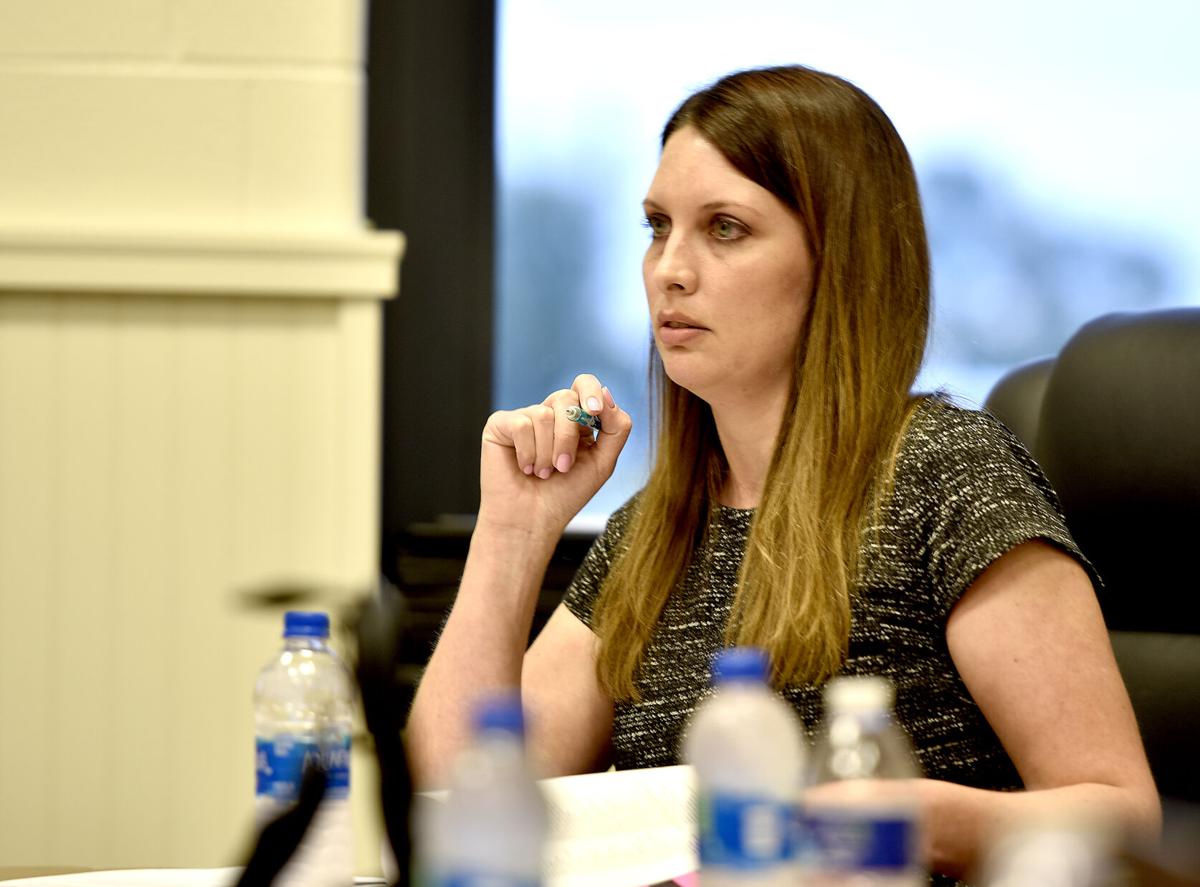 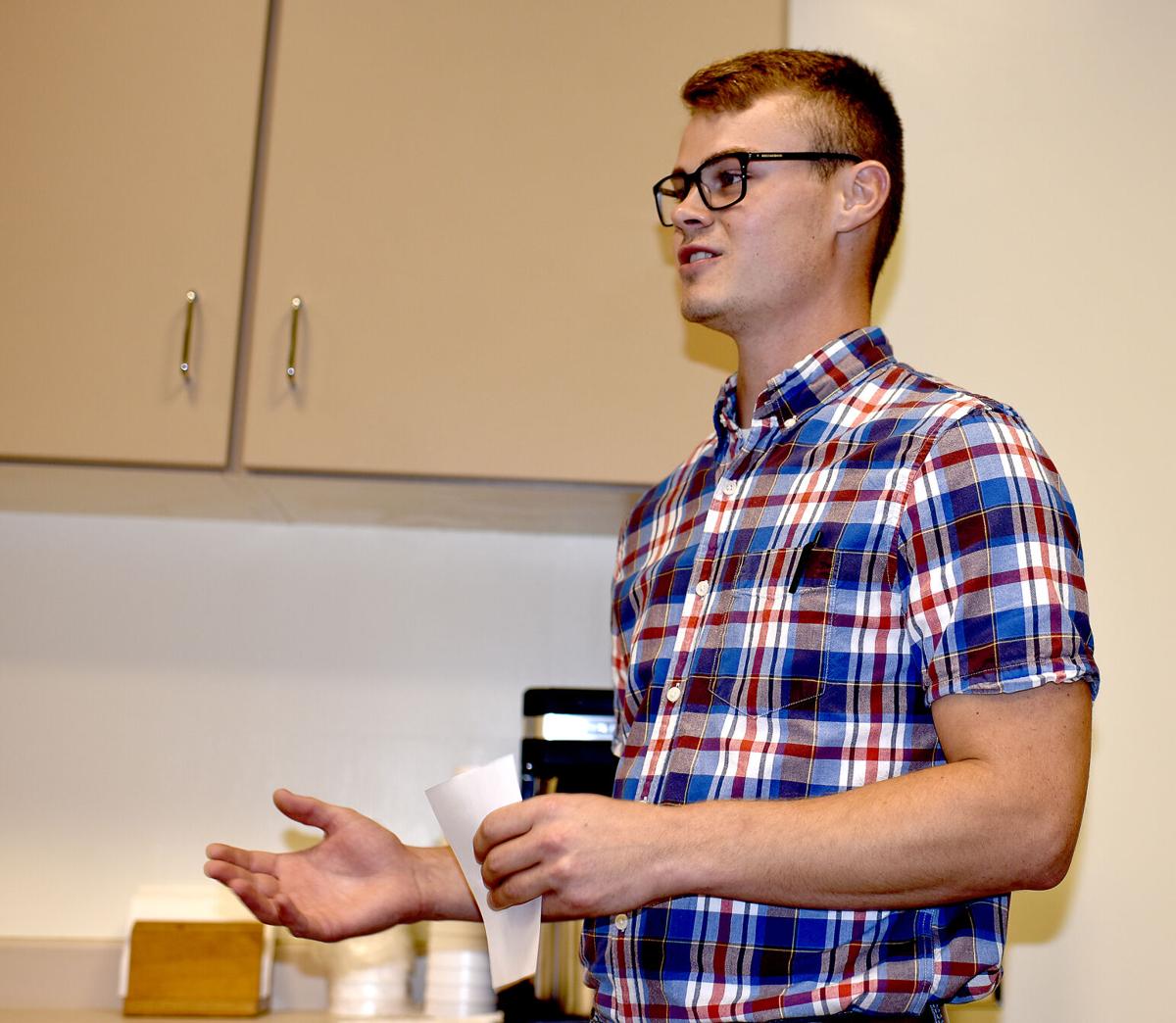 Newly hired ag instructor and FFA adviser, Alex Walden, introduces himself to the Altamont school board. 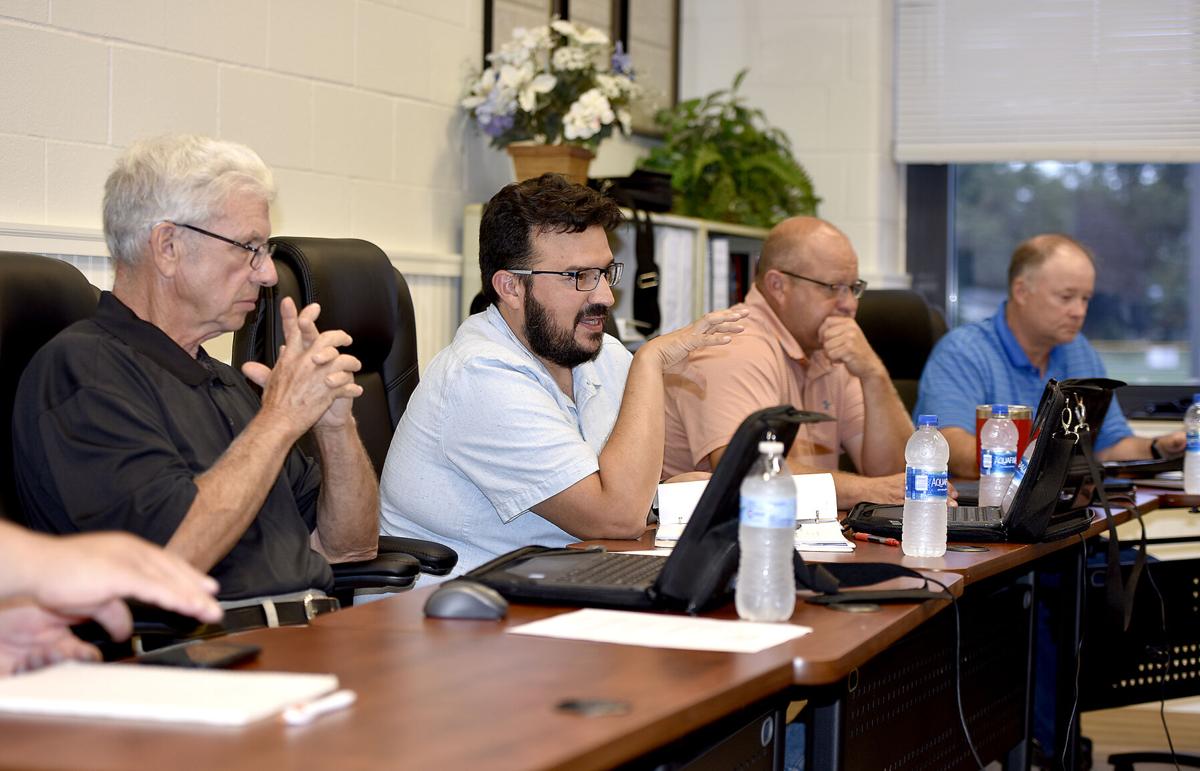 Newly hired ag instructor and FFA adviser, Alex Walden, introduces himself to the Altamont school board.

ALTAMONT — The Altamont Unit 10 school board this week unanimously approved the creation of a new curriculum committee.

“It has been a goal and a priority for the district to get back to a focus on curriculum and create a streamlined process for curriculum alignment and textbook adoption procedures,” Superintendent Casey Adam said. “So, I am proposing we establish this committee.”

Plans are to have a representative from Altamont Community High School and Altamont Grade School, an ACHS counselor, the superintendent and one school board member appointed annually by the board president, according to Adam. She said responsibilities of the committee would be making decisions such as adopting a textbook series, making sure the curriculum is aligned with state standards, and evaluating new classes added to the curriculum.

“This is desperately needed,” board member Alan Shumaker said.

Monday was the first board meeting for Adam, who took over as superintendent on July 1.

Board President Dale Laue appointed board member Martin Reyes to be the curriculum committee representative from the board.

Meanwhile, Alex Walden introduced himself to the board. He was hired in March to fill the position left by Stephanie Thoms as agricultural instructor and FFA adviser.

He gave an overview of his agricultural background, growing up on a dairy farm in Mode. While a student at the Stewardson-Strasburg Community School District, he was active in his FFA chapter, becoming section president. That led him to Kaskaskia College on a dairy judging scholarship.

After receiving his associate degree from Kaskaskia, Walden went to the University of Illinois, where he finished his bachelor’s degree in agricultural leadership, education and communications in May. He was a student agricultural teacher at Maroa-Forsyth High School.

“I’m very excited about getting into the classroom this fall,” Walden said. “I’m not only looking forward to this year, but also years to come.”

“Altamont was fortunate enough to have five Illinois state (FFA) degrees, which is the highest degree the FFA can bestow upon its members,” Walden said.

He said it takes about three years to meet all of the requirements to receive a state degree.

“That is a huge accomplishment for those five and we are very proud of them,” Walden said. “We are looking forward to a busy and successful year ahead.”

Adam led a discussion about including the new federal Juneteenth holiday in the non-certified contract.

“The new contract lists each holiday separately. We want the contract to be updated to reflect the new law,” Adam said.

Laue said the board wouldn’t be able to approve it until the changes were recognized by the non-certified personnel union.

The board approved a letter to be distributed to parents and guardians during student registration that outlines the current COVID-19 school guidelines. A modification was made to the letter after Dane Milleville proposed adding, “In accordance with CDC Guidance” before a statement that requires children to wear masks on the bus.

“I don’t want people to get the idea the Altamont School Board said students need to wear a mask on the bus. It’s not our decision. We are doing what the CDC says we have to do,” he said.

• Approved the purchase of a John Deere Gator 4-by-2 vehicle in the amount of $7,300 from Sloan Equipment to be used for athletics and Unit 10 maintenance.

• Approved a request for fuel bids for Unit 10 transportation.