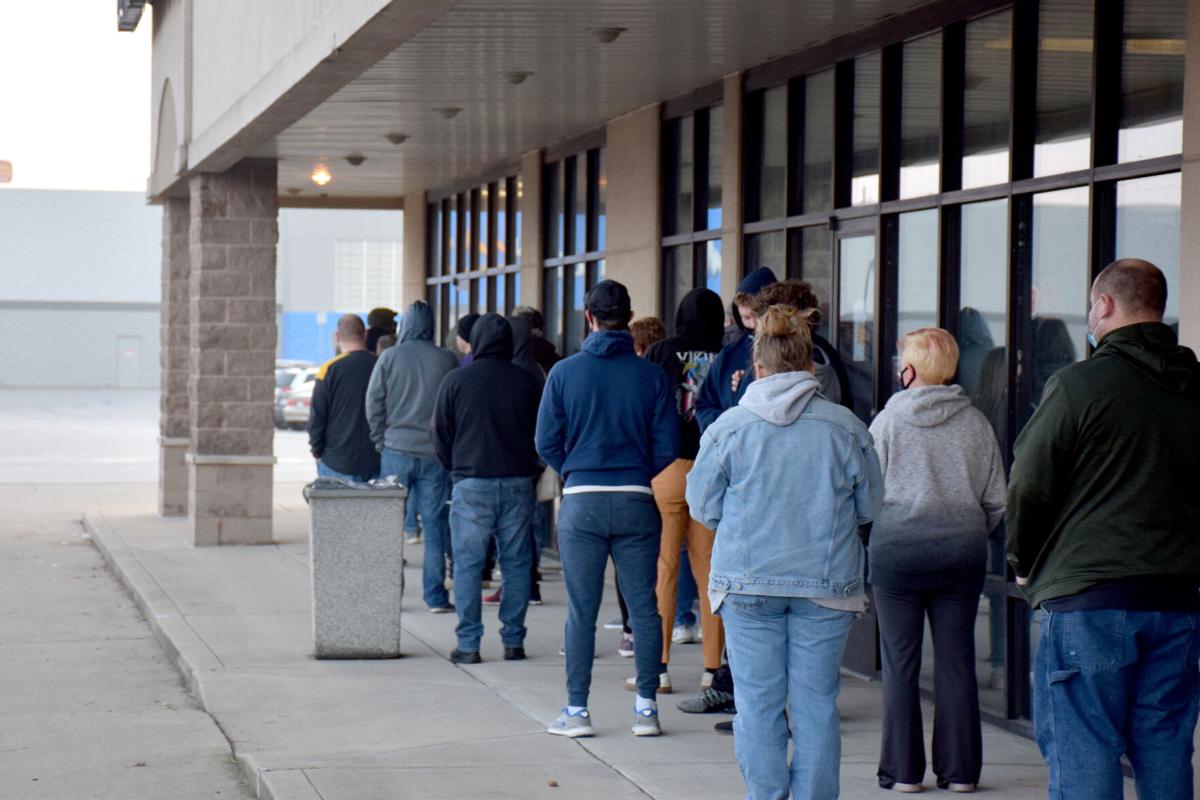 The line outside GameStop in Effingham. People gathered ahead of the store’s opening at 7 a.m. for the best deals, though GameStop started its sales Wednesday and will continue to Sunday. 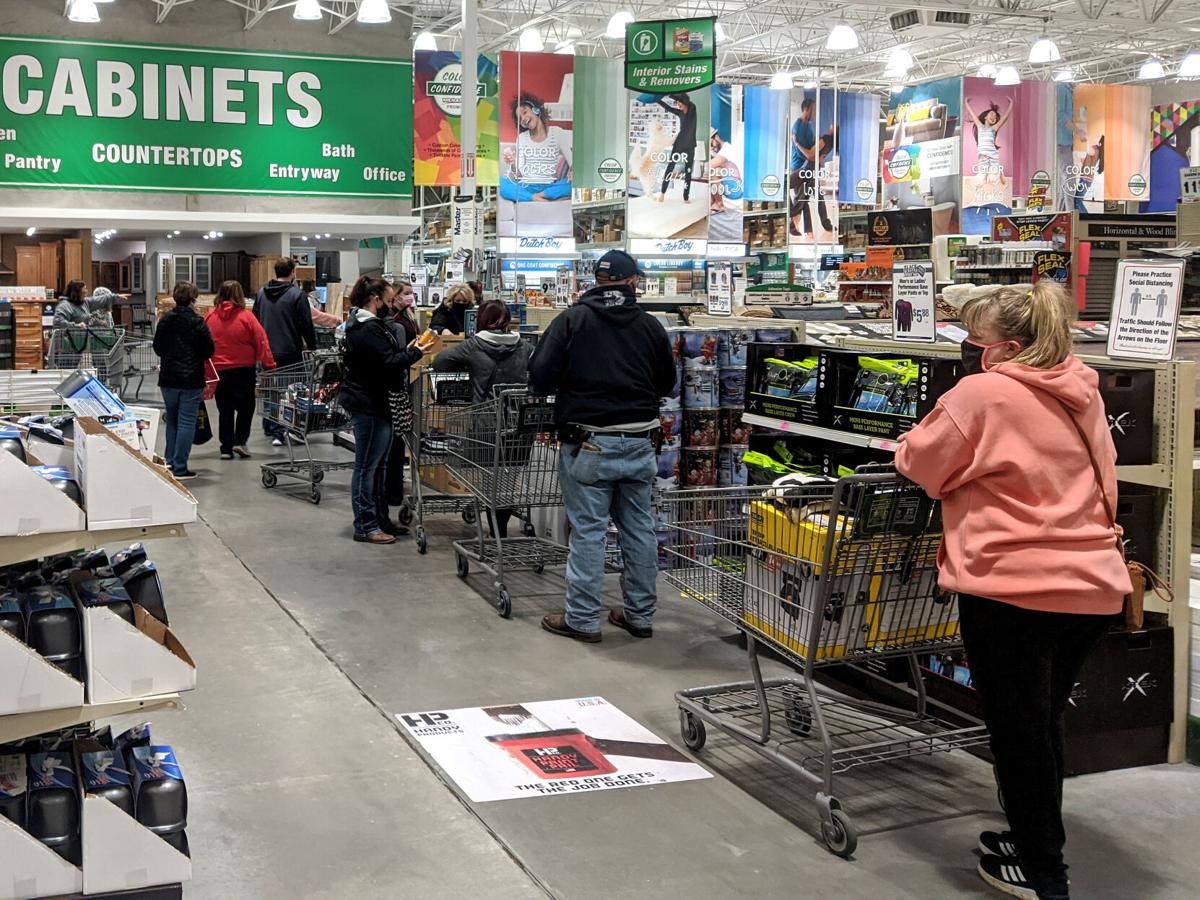 A small line formed for a particular sale item at Menards. It was one of the only lines in the store early Friday morning. 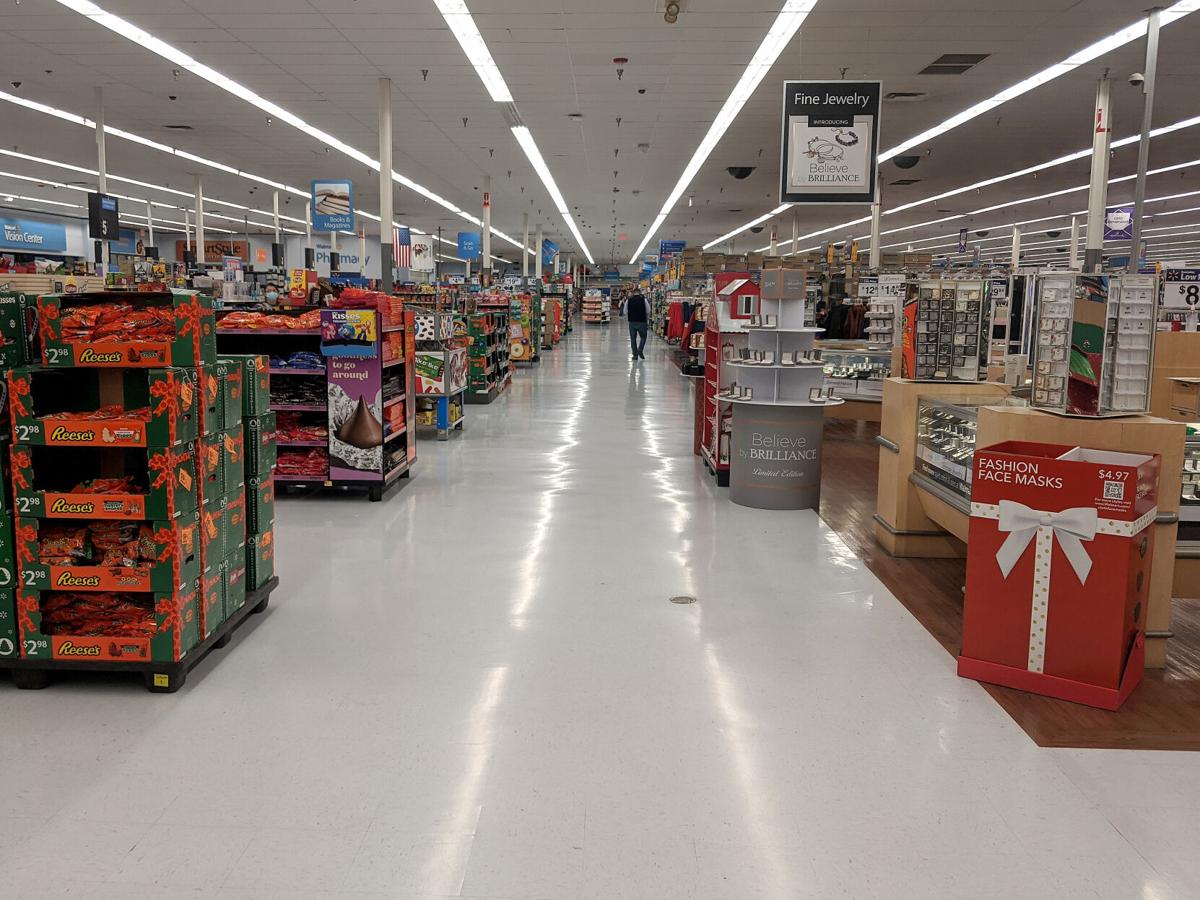 The front aisle at Walmart, just after opening Friday morning. Known for large crowds, the store was calmer this year.

The line outside GameStop in Effingham. People gathered ahead of the store’s opening at 7 a.m. for the best deals, though GameStop started its sales Wednesday and will continue to Sunday.

A small line formed for a particular sale item at Menards. It was one of the only lines in the store early Friday morning.

The front aisle at Walmart, just after opening Friday morning. Known for large crowds, the store was calmer this year.

Shoppers turned out to find deals on everything from game consoles to dog beds on Friday morning as stores had Black Friday sales to kick off the holiday shopping season.

At Menards, Shannon Summers arrived before sunrise to go shopping. She says that she’s gone shopping on Black Friday as long as she can remember.

Summers said she likes the toned down atmosphere of a smaller Black Friday.

At many stores around town, there weren’t the usual crowds that accompany the retail holiday. Walmart, which had lines of 300 people during their sale last year, didn’t have the nearly the same level of crowds when they opened at 5 a.m. Friday.

Still, some shoppers value the experience – and the good deals – of Black Friday.

Lisa Friese decided to bring her daughter and one of her daughter’s friends to go shopping. While they shopped at Walmart, she drove over to wait for Sears Hometown Store to open. She was on the hunt for a new stove.

“It’s nice to be with my daughter and her friend,” Freise said.

The differences between this year and previous years were noticeable because of COVID-19.

“It’s not the same,” Friese said. “There’s just not as many people out, probably because – you know why.”

When a family member told her that it would be crazy people who went shopping in a pandemic, she decided that was OK with her.

“I’m just gonna be crazy with everybody else,” Freise said with a laugh.

There was one store where a crowd gathered outside, in a mostly social distanced line: Gamestop, the video game and pop culture retailer.

Brianna Tracy came to the store to get a Nintendo Switch, arriving 15 minutes early and still at the back of a line with more than 30 people. She said she was “probably not” going shopping anywhere else, because of the pandemic.

She thought about finding the game console online, but online stores were sold out, so she decided to come out to a brick-and-mortar location.

Most stores modified their sales in some way to reflect the ongoing COVID-19 pandemic. Walmart spread its sales out over the month of November, with three different ads, each with their own deals, culminating in Black Friday. Walmart also moved some of its crowd-drawing sale items, like game consoles and some televisions, to be online only offers.

Menards also spread out its sale to be a “Black Friday Every Day” sale until Dec. 6 in an attempt to attract customers while limiting the likelihood of large crowds.

Despite these changes, the holiday season is likely to be similar to past years in terms of economic impact.

The National Retail Federation publishes forecasts of holiday spending every year. This year they project the season’s spending will be larger than last year, with a projected total of $755.3 billion to $766.7 billion in spending, an increase of 3.6% to 5.2%.

“With all of the uncertainty caused by the pandemic, there’s certainly a lot of uncertainty with the forecasting,” said the group’s CEO, Matthew Shay, on a media call this week. “This holiday season will be unlike any other,” he added in a press release.

The Centers for Disease Control and Prevention (CDC) lists “shopping in crowded stores just before, on, or after Thanksgiving” as one of the higher risk activities during the holidays and discourages people from participating, instead suggesting online shopping to lower your risk of COVID-19 infection or transmission.

The CDC also says that people who shop in stores should wear masks, stay at least six feet from other people, use hand sanitizer, and wash your hands.