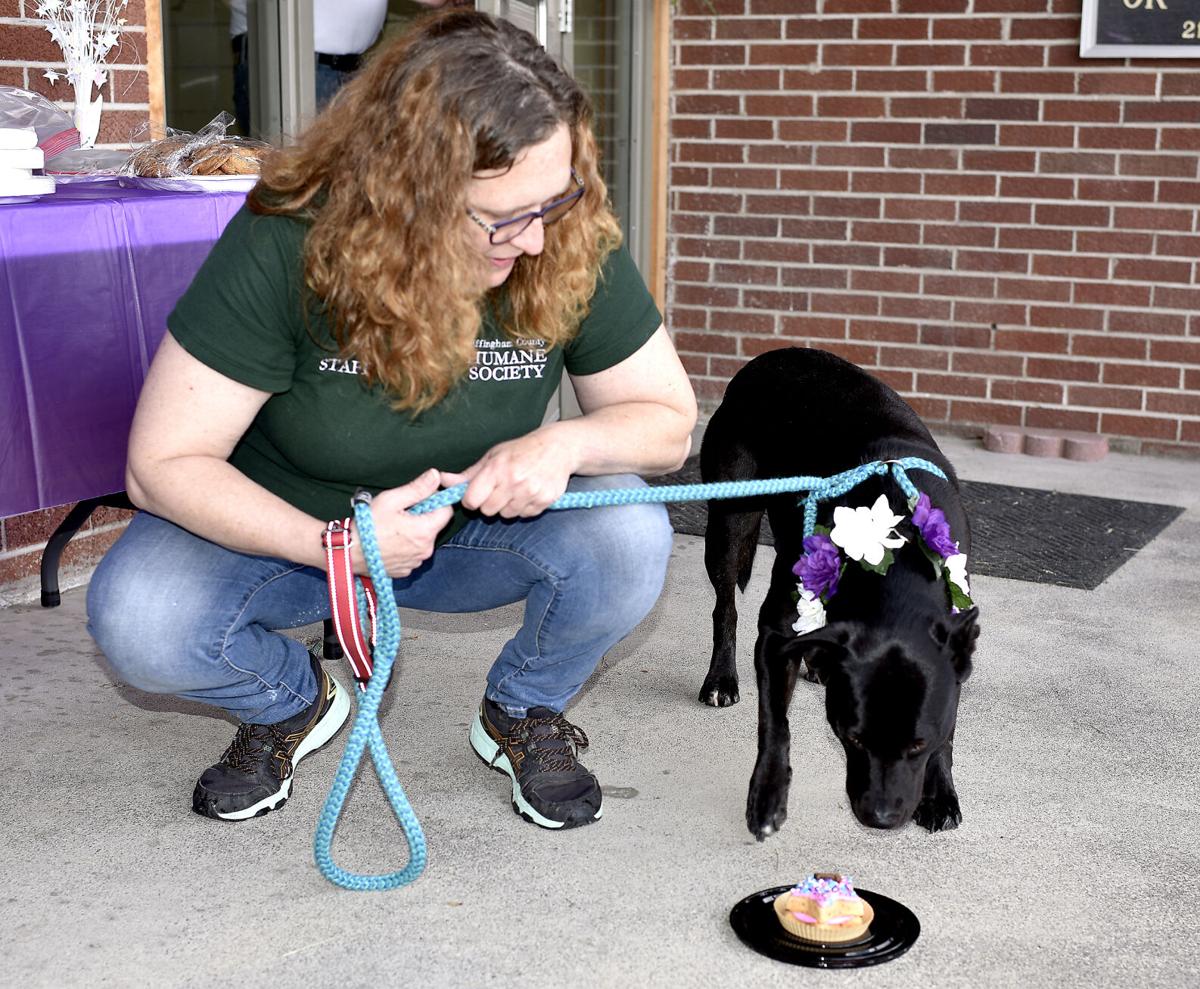 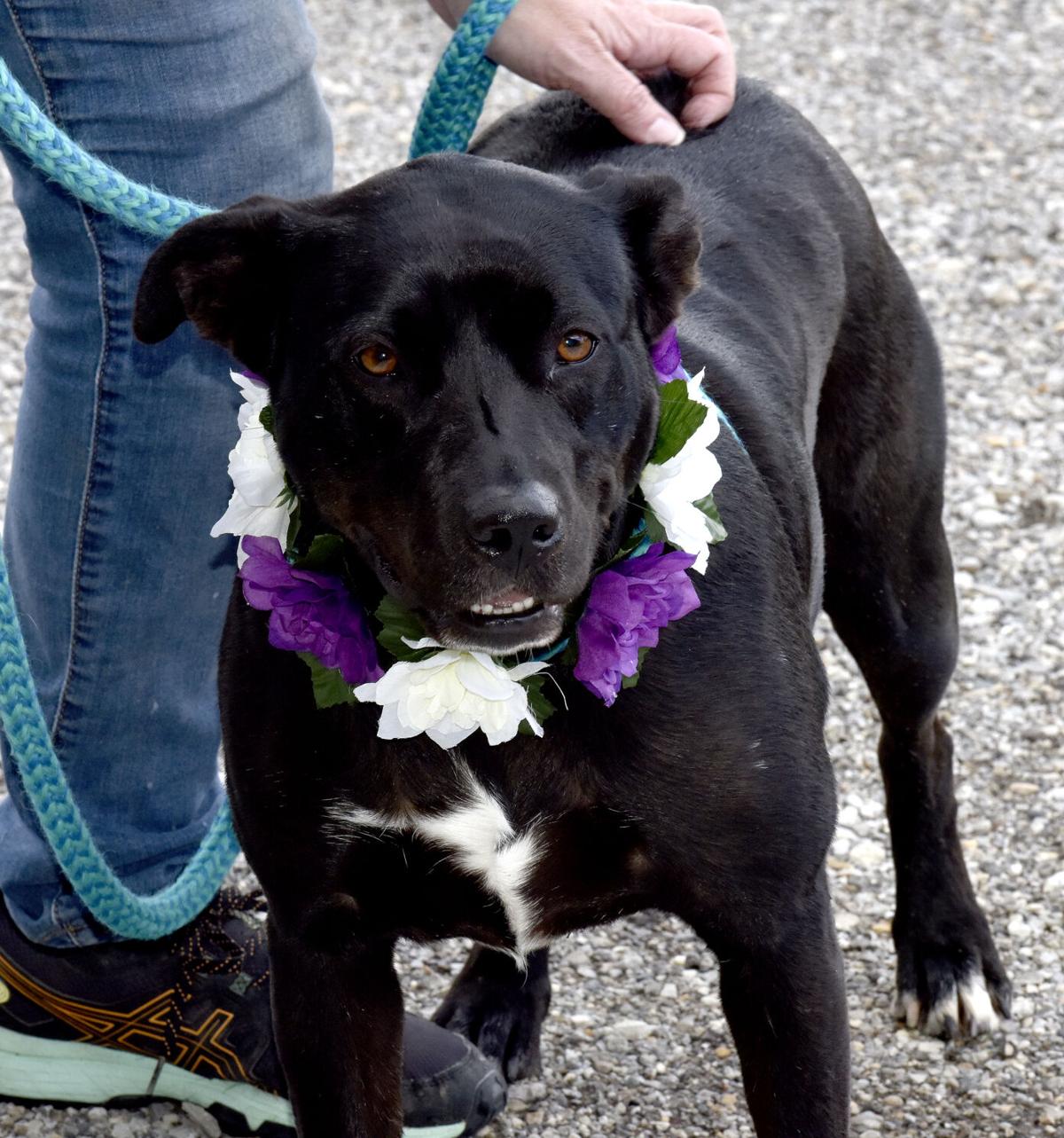 Charis was surpised with a party recently, marking her one-year anniversary at the Effingham County Humane Society. Later in the day she went to her forever home. 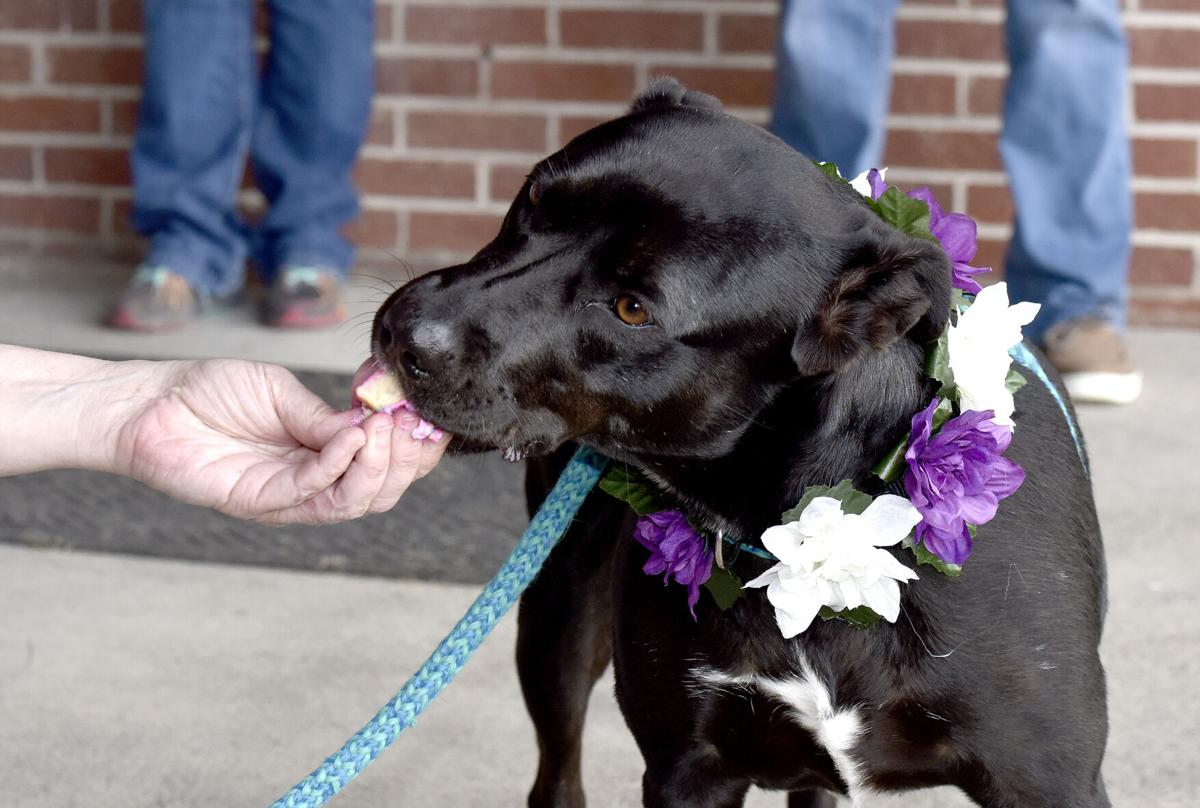 Charis enjoys a little doggy cake during a surprise party marking her one-year anniversary as a resident at the Effingham County Humane Society.

Charis was surpised with a party recently, marking her one-year anniversary at the Effingham County Humane Society. Later in the day she went to her forever home.

Charis enjoys a little doggy cake during a surprise party marking her one-year anniversary as a resident at the Effingham County Humane Society.

But Charis had something else to bark about. She was going to be picked up later by her newly adopted family.

Charis was a little feisty at her party. There were quite a few new faces she had never seen before, according to ECHS Adoption Coordinator Angie Sorling.

Charis had been in the shelter for 365 days. Sorling said one of the reasons she was nervous was because of the stress from being at the shelter so long.

“Usually, they stay from four to 12 weeks. Puppies get adopted very fast,” Sorling said. “Some dogs can get a little anxious if they are in here too long. Apart from going out on a few adventures to the TREK trail or Ballard Nature Center, this is all new to her.”

Sorling said Charis’ adopted family had an immediate connection with her.

“She put her head on their shoulder and looked up at me and Karen (Grupe). It was almost like she said, ‘These are my people,’” Sorling said. “It was love at first sight. She instantly took to them and she wasn’t scared of them.”

“The new owners know they are going have to be patient with her until she settles into her new home,” she said.

Fanny Mae Keller spent a few minutes visiting with Charis, giving her a final farewell hug before leaving the celebration.

“She (Fanny Keller) used to take Charis to the TREK trail. She has been very instrumental with her care. She loves Charis,” Sorling said.

It was time for Charis to move on to her new home.

“I think she loves us all … but, I know she is ready to get out of here,” Sorling added.

“However, they are still living in a cage and it does affect their spirits the longer they are here,” she said.

Sorling said they have five dogs in-house available for adoption, two in foster care and more on the way.

The Effingham County Humane Society is always looking for volunteers to help out with their animals.

“Right now, we have 150 volunteers and only 60 are active,” Sorling said. “We are always looking for volunteers to help us.”

“We run on all volunteers. We have three part-time staff and the rest are volunteers,” she said. “The volunteers are our main animal caregivers and they sometimes get attached to the animals. We couldn’t do this without our dedicated volunteers.”

Those interested in volunteering can fill out an application on the Effingham County Humane Society website, effinghamcountyhumanesociety.org/volunteer/application or stop by their location at 12073 N 1000th Rd, Effingham, in the former Funkhouser school building.

“Volunteer duties can run anywhere from an 1 1/2 to two hours at a time. It’s so rewarding,” Sorling said. “Some people think the Humane Society is a sad place and it’s not. It is so rewarding to take care of the animals.”

Sorling said she tries everything in her power to match the right dog with the right owner. Anyone interested in adopting a dog or cat should call 217-536-9001.

“As an adoption coordinator, I take my job seriously. We listen to our dogs as well as our instincts when it comes to adopting out our dogs,” Sorling said. “I am the voice for these dogs and it’s my responsibility to find the perfect home for them and it’s hard sometimes.”

She said they get all of their animals either spayed or neutered, fully vaccinated, heartworm tested, microchipped, and give them monthly heartworm preventative and flea control.