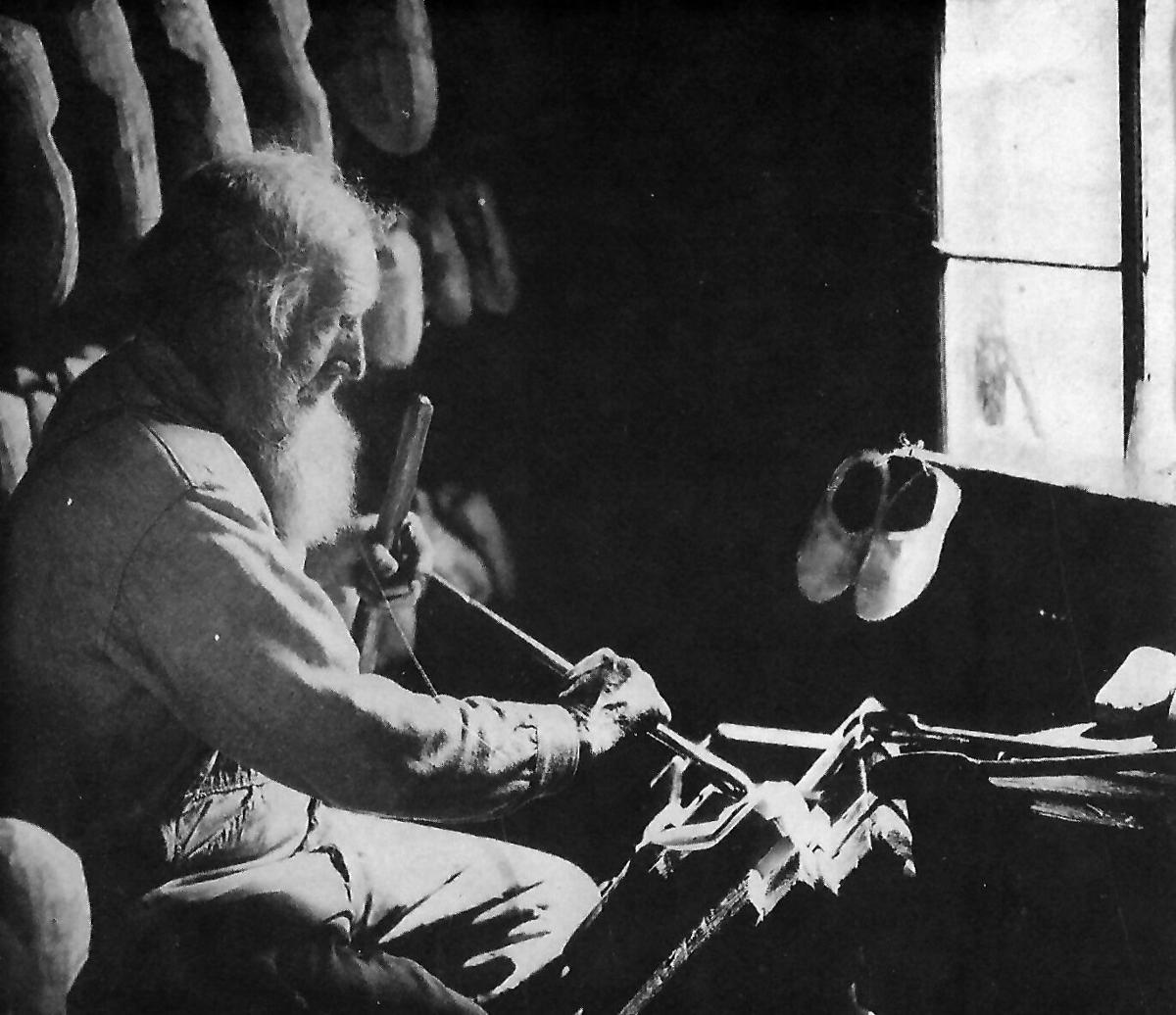 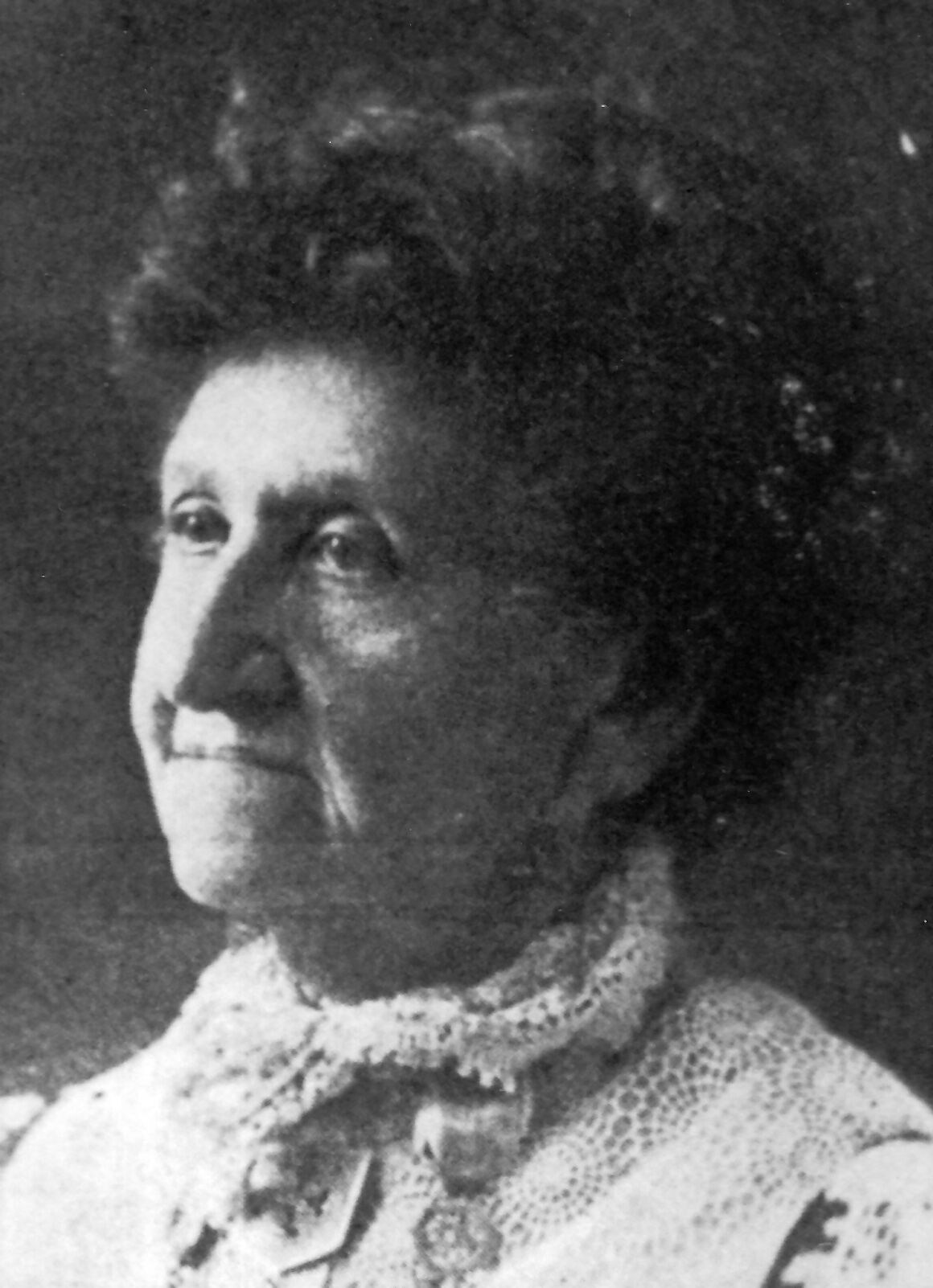 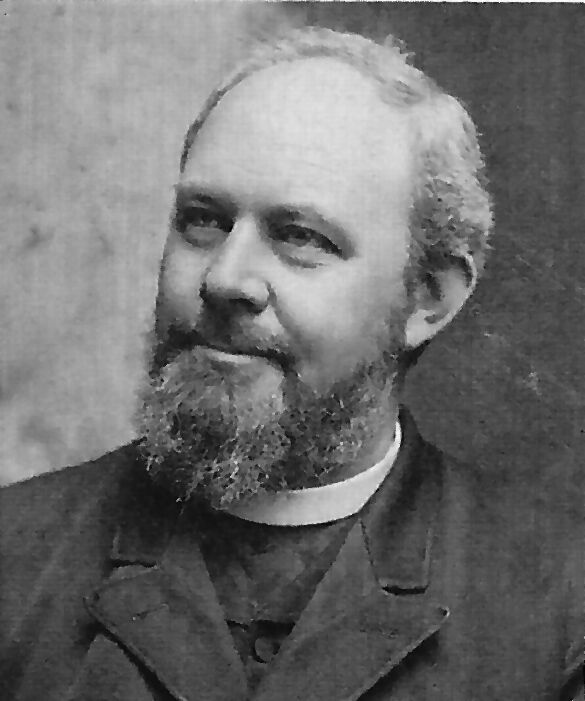 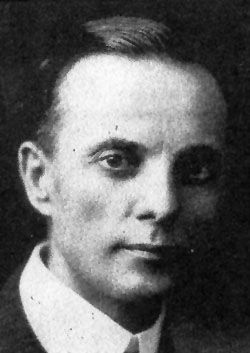 All of them died at St. Anthony Hospital sometime between 1925 and 1945. Beyond that, they had little in common. These profiles illustrate the rich and continued diversity among the patients seen at the local hospital over a 20-year period.

Ada Kepley was a colorful activist and reformer. She was born to Henry and Ann Miser in Somerset, Ohio, in 1847. For much of her life, she devoted her considerable energies to three causes. After her marriage to Henry Kepley, Ada Miser Kepley attended law school in Chicago, completing a BA degree in 1870. She was the first woman in the United States to graduate from a school of law, but she failed to qualify for a legal license, as the Illinois legislature forbade it at the time.

She remained convinced of women’s suitability for the learned professions throughout her lifetime. She was also an outspoken proponent for women’s suffrage. Her view was that women, particularly married women, were voiceless and powerless without the right to vote. The cause of temperance, however, was closest to Ada Kepley’s heart. Temperance suggests moderation, but to Ada and her fellow believers, temperance meant abstinence, which was defined as no alcohol whatsoever. In her memoir, she shared a belief that the wine served after Jesus’ miracle at the wedding feast of Cana was of the non-alcoholic variety.

Henry and Ada had no offspring of their own, but Ada loved working with young people. Henry purchased a former church, which they retrofitted and renamed The Temple. Ada was gifted in planning entertainments and contests. She believed children would avoid alcohol if they learned of the dangers of Demon Rum as toddlers. She took these children on crusades against saloons under the banner of the Band of Hope, well equipped with wagons, drums, and hand-lettered signs.

Ada lost her zest for activism after Henry died in 1906. She took up farming the land she inherited from him as a means to get past the grief over his passing. Ada inherited a heavy load of debt along with the properties. The manual labor and intellectual creativity associated with her final cause were not enough to offset a huge financial burden. She lost the land and almost everything else. As aging took its toll on her mind and body, she was admitted to the third floor of St. Anthony. Her care was managed by Dr. C.C. Coleman, the physician who won the bid that year for Effingham County’s Pauper Practice. Ada died at age 78 on June 15, 1925. She is buried with Henry at Oakridge Cemetery.

Father Louis Lammert was a diocesan priest and a long-time pastor of St. Anthony’s Parish. He was born in Westphalia in 1852 to Louis and Caroline Vetmann Lammert. Louis converted to Catholicism as a young man, and he started seminary training in Fulda. But it was an era of religious oppression, so he left for the United States from Bremen on board the ship Main in May of 1875. He resumed his religious education in Milwaukee, and completed it there at the St. Francis de Sales Seminary. He was ordained in Alton, Illinois, by Bishop Peter J. Baltes in June of 1876. In November of 1880, he became an American citizen. He served in several parishes, including 16 years in Decatur, before coming to Effingham in January of 1896.

Father Lammert implemented a comprehensive series of improvements to the parish and its environs. The slate on the church roof was redone in 1902, and an addition was put on to the Sisters’ convent. Interior frescos were painted on the walls by William Kloer from January to June of 1904. That same year, the parish hall was enlarged and its stage was overhauled. The church’s side altars were replaced in 1905, with the addition of new sacred art.

The iron fence surrounding the Effingham County Courthouse (now the Effingham County Museum) was purchased and placed around the east and south sides of the parish cemetery in 1910, and a large crucifix was installed at the cemetery in 1911. Between 1900 and 1910, electricity and steam heat replaced stoves and coal oil lamps in all parish buildings. Stained-glass windows were installed in the church around 1912.

In 1918, the Sisters’ residence (circa 1862) was replaced with a larger brick convent, a necessary expansion triggered by an increased number of SSNDs. Father Lammert commemorated 20 years at St. Anthony’s in 1920. A new church organ was installed in 1924. Father Lammert was invested as a Monsignor in 1927 by Pope Pius XI. He died after a period of progressive infirmity at age 77 at St. Anthony Hospital on May 24, 1929. He is buried at St. Anthony Cemetery.

George Deymann was a brick maker and craftsman. He was born in 1849, and his parents were Gerhard and Mary Dueing Deymann. With his family, he came to the United States from Kleinstaffen, Hanover, in 1863. George married Mary Uthell in 1877. They had nine children, but in those pre-antibiotic, pre-vaccination years, only a few thrived into adulthood. He outlived most of them; only Philomena (Mrs. Henry) Busse and Clara (Mrs. Gus) Hattrup survived him. He had a brother who was a Franciscan priest, but Fr. Clementine Deymann passed away already in December of 1896.

George ran the Teutopolis Deymann Brick Yard for many years, and most local brick buildings from that era were made of soft Deymann bricks. Some business deals were extensive. For example, in 1895, one of the contracts called for 600,000 bricks. Besides the brick business, he carved shoes from linden wood for people in Teutopolis. In the early years, practical German pioneers wore them in the barnyard, as they were relatively impervious to mud and manure. Later on, he sold them as souvenirs. George was very outgoing and he liked to talk to all sorts of people. Governor Henry Horner came around in 1936 as part of his re-election campaign, and George gifted him with a pair of wooden shoes. Horner responded with a gracious thank you letter from his Springfield office. Horner was Illinois’ first Jewish governor.

Deymann succumbed slowly to the wearing-out process, but he was only at St. Anthony for a few days when he died on Oct. 5, 1937. It was one day after his 88th birthday. He is buried with his wife at St. Francis Cemetery in Teutopolis.

Lincoln Bancroft was a politician and entrepreneur. Stephen Lincoln Bancroft was born in Cumberland County in June of 1877. His parents were George Roscoe and Sarah Jane Michael Bancroft. The first part of his adult life was spent in Greenup. In his early 20s, he studied law in the office of W.H. McDonald. Sometime between 1900 and 1910, he dropped the Stephen from his name, and became simply Lincoln Bancroft. He married Birdie Gochenour in October of 1903. They had three children: Glen, Lucille and Harold.

Bancroft served one term as mayor of Greenup. In 1916, he was elected on the Republican ticket to the Illinois General Assembly. He went on to be re-elected four times, ending his service there in 1926. During that period, he was speaker of the House for a time. His wife, Birdie, died in April of 1928.

He also became active in Mattoon around 1919 and helped to organize an insurance business, the Crescent Agency Corporation. That agency dissolved in 1922. After his wife’s death, he moved to Taylorville. He lived at the Antlers’ Hotel into the early 1940s, and sold real estate, mostly farm ground. Finally, he remarried to Nell Slatten in June of 1942, and moved to Moweaqua. He was transitioning into the oil business, but death stopped that venture abruptly six weeks later.

Bancroft’s demise was related to an automobile accident. He was found unconscious in his car on Route 45 south of Effingham by two men who brought him to St. Anthony. The car appeared to have hit a bridge abutment, and it was on fire at the time his rescuers removed him from it. He died shortly after admission to St. Anthony on July 17, 1942. He was 65, and is buried with his first wife at the Greenup Cemetery.

Elizabeth (Bessie) Kagay was a homemaker, businesswoman and socialite. She was born in Fairfax County, Virginia, in November of 1864, to Henry Thomas and Laura Broders Harrison. Her hometown of Alexandria was on the Potomac River and not far from Arlington. Alexandria is ringed to the south and to the west by Civil War battlegrounds. During the first year of Bessie’s life, Fairfax County housed the Union Calvary Screen that protected the railroads and Washington, DC from Confederate attack.

Bessie was the oldest child of her family. When she was a young woman, the Alexandria Gazette personal column noted her home was in the part of town known as Oak Grove, and that Bessie was “well known and greatly admired by many of the young people of this city.” She married Benjamin Franklin (Frank) Kagay in July of 1886. The couple’s first child, Benjamin Franklin (Ben) Kagay was born in Illinois in July of 1887. The Kagays were a well established family in Effingham, as Benjamin Kagay Sr. was the first mayor of the city, from 1867 to 1868. Their second child, Bessie Pearl Kagay (McCollum) was born in Effingham in December of 1890.

Bessie’s husband died at the age of 69 on January of 1929. Frank had been mayor of Effingham from 1915 to 1917. He had founded the Kagay Real Estate agency, and he was president of the Illinois Guarantee Savings and Loan Company. By 1932, Bessie was Secretary of Illinois Guarantee, a position she held from that time forward.

As a young matron with school-aged children, Bessie was very active in the PTA, serving as the organization’s president in 1930. She was a long-time member of the Ladies’ Reading Circle, a women’s group that provided adult socialization, along with musical and literary diversions on a semi-monthly rotating basis. Bessie qualified for DAR membership through her descent from Revolutionary-era Sergeant Thomas Harrison (d. 1808) of the 6th Independent Company of Dorchester County, Maryland. She held multiple offices in the local Ann Crooker DAR Chapter over the years. Bessie Kagay died at St. Anthony Hospital on Dec. 12, 1945, at age 81. Bessie is buried with her husband at Oakridge Cemetery.

Sources: Chapter 2, “Care Rendered at St. Anthony’s Hospital Before the Fire,” from Linda Ruholl, The St. Anthony’s Hospital Fire of 1949: Assessment, Analysis, and Consequences (work-in-progress). Special thanks for their assistance to Eleanor Poe Bounds of the Effingham County Genealogical and Historical Society, and to Jill Kimble, Greenup Village Clerk.