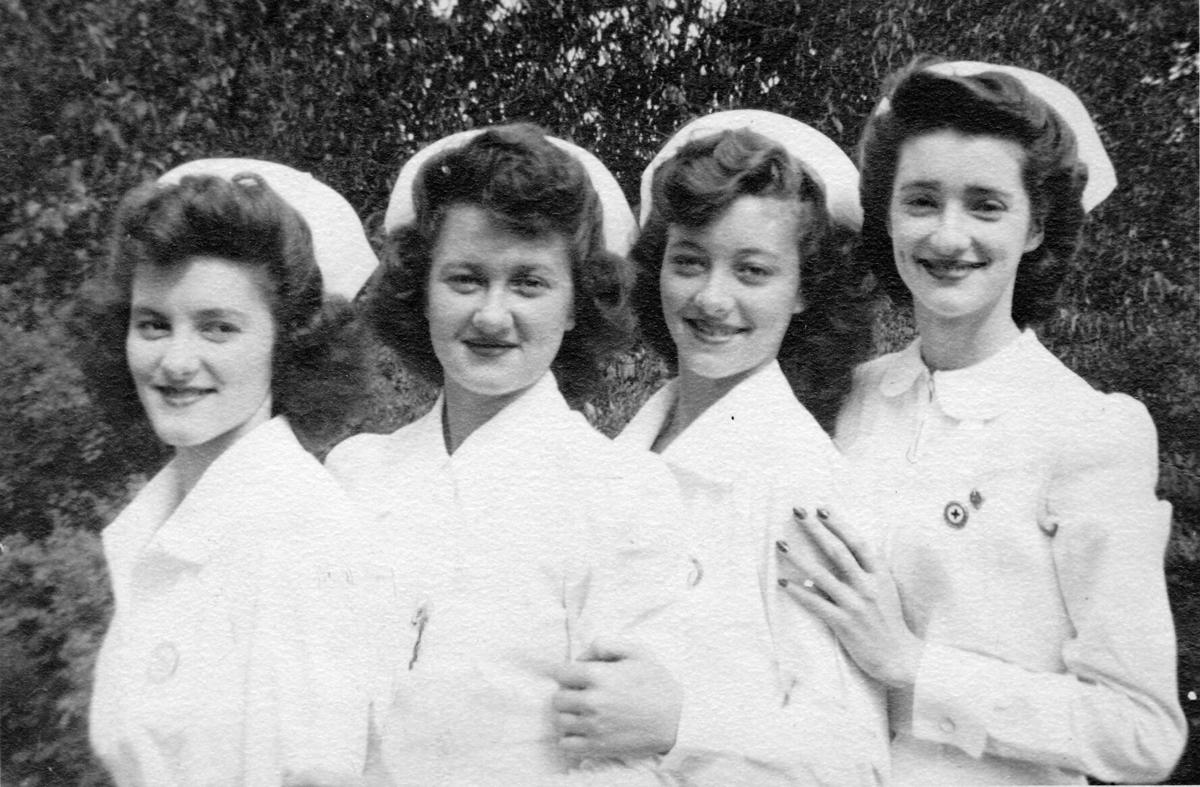 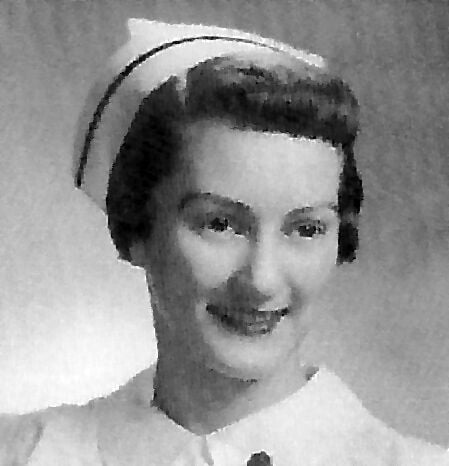 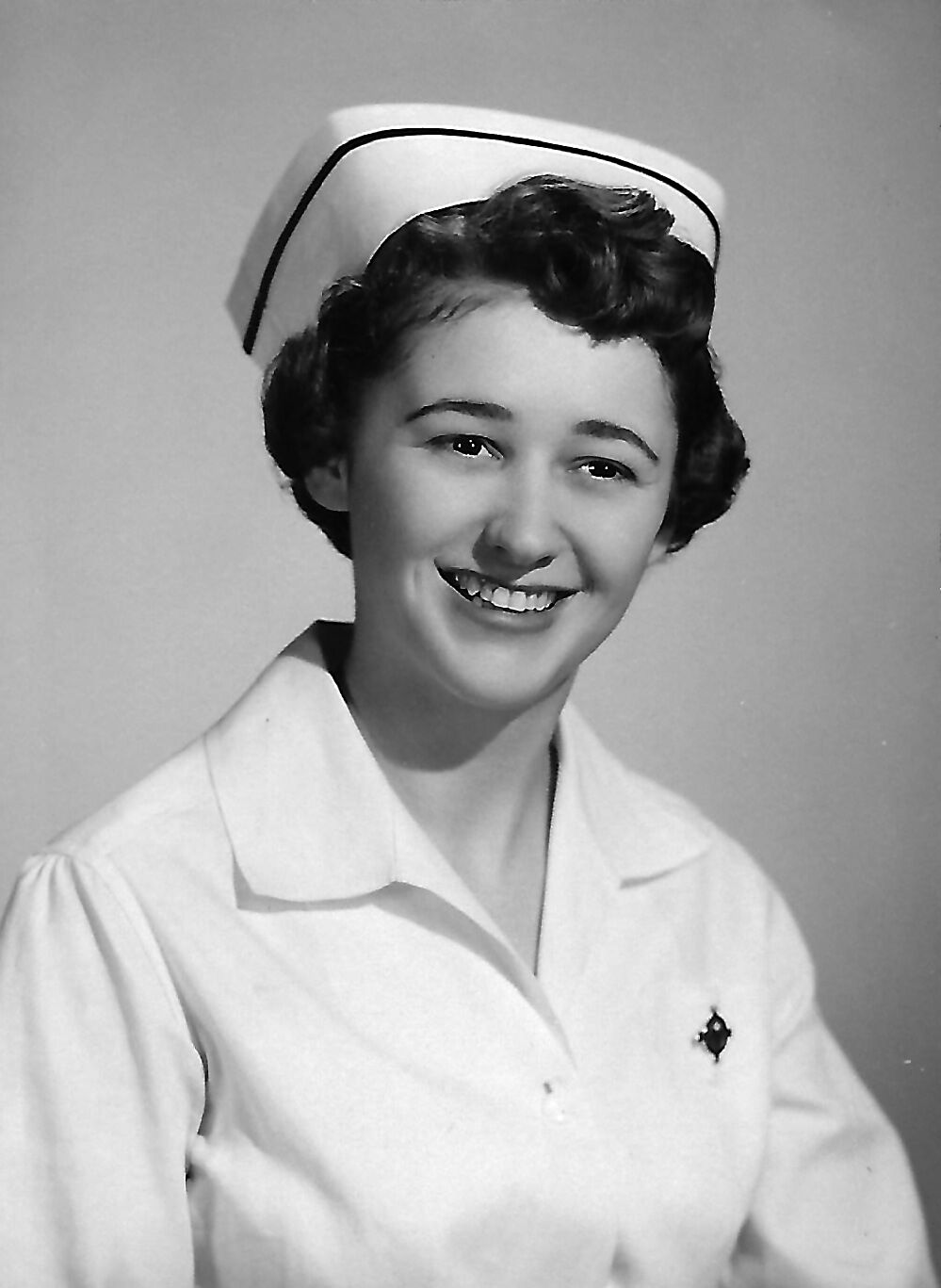 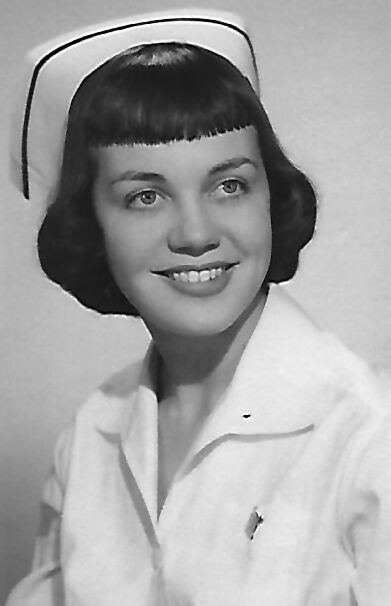 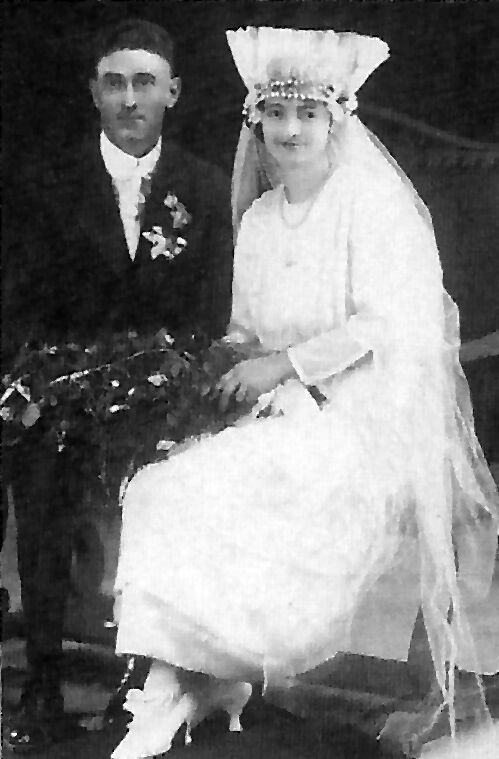 Albert and Clara Rechtiene Adams in 1920. 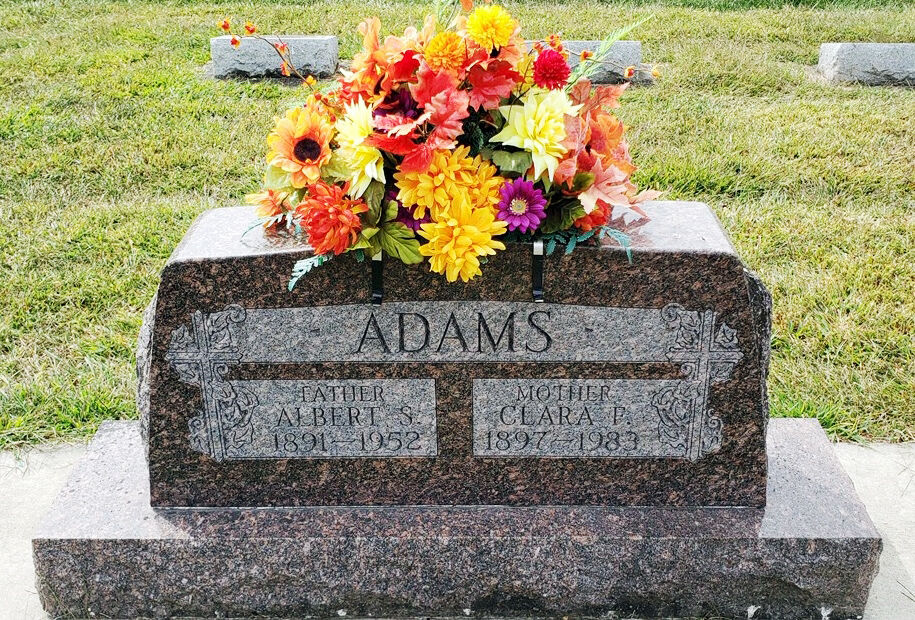 Albert and Clara Rechtiene Adams in 1920.

Year 2020 is the International Year of the Nurse and Midwife, so it is fitting to remember accomplished nurses who got their start in Effingham County.

The Teutopolis family of Albert and Clara Adams was the source of seven of these nurses in one generation. Albert and Clara Rechtiene were united in marriage Oct. 12, 1920. The bride’s uncle, Franciscan Father Fabian Rechtiene, said the Nuptial Mass and witnessed their vows. This marriage was blessed with five daughters and four sons.

The couple’s first child was Marie. She was born Sept. 16, 1921. She graduated from St. Anthony Hospital School of Nursing in Terre Haute, Indiana, in 1942. From 1943 to 1946, Marie served in the United States Navy. She went back to school after the war ended and became a nurse anesthetist. She also conducted research in that field. Marie worked at the Northwestern University Medical School and at several Chicago hospitals. At one point, she collaborated with Dr. Loyal Davis, Nancy Reagan’s father. Dr. Davis was a talented neurosurgeon, but was not particularly supportive of his co-workers. It is a tribute to Marie’s skill and poise that she was able to keep up.

Marie Adams married Louis Albright May 29, 1947. They had six children. The family traveled extensively due to Mr. Albright’s work, so each child was born in a different state. Upon retirement, the Albrights lived in Sun City West, Arizona. Marie died Oct. 1 2010, at the age of 89.

Albert and Clara’s second daughter was born Nov. 27, 1922. They named her Frances Caroline. She graduated from St. Anthony Hospital School of Nursing in Terre Haute in 1943. Like her sister, Marie, she became a research nurse anesthetist associated with Northwestern University Medical School. The nature of her practice put her very close to patient airways for protracted periods, so she was exposed to many respiratory pathogens. She contracted tuberculosis and returned to her parents’ home in Teutopolis to recover. It took over two years of bed rest, fresh air and good nutrition to regain her health. She went back to anesthesia, working in Chicago and Colorado. Frances Adams married John Schultz on Nov. 23, 1950. They had eight children. Over the next 52 years, Frances performed many good works that drew on her nursing knowledge, including service on the Effingham County TB Board and creation of the Effingham County Mental Health Board. Frances died Sept. 13 2007, at the age of 84. She donated her body to the Kirksville College of Osteopathic Medicine.

Delores came next. She was born Jan. 5, 1924. Delores graduated from St. Anthony in Terre Haute in 1945. From there, she went to Chicago and took post-graduate surgical training at Passavant Hospital, which was associated with Northwestern University. Delores became a United Airlines stewardess. In that era, stewardesses were required to already be RNs upon entry. In 1948, Kelly married Dr. Frank James Taylor. They moved to California and had seven children. Dr. Taylor completed a residency in surgery and then practiced as a general surgeon in the Los Angeles area. At some point, Delores changed her given name to Kelly. Kelly Adams Taylor died Feb. 13, 2020, at the age of 96. She donated her body to medical science.

The next daughter was Adele. Adele was born Sept. 15, 1925. Like her three older sisters, she graduated from St. Anthony Hospital School of Nursing in Terre Haute, Indiana, in 1946. After graduation, she went to Chicago, and took the Sister Kenny class there. Sister Kenny was an Australian nurse who developed a treatment for specific aftereffects of polio. The treatment utilized heavy wet hot packs that were applied over muscles in spasm to help them relax and, in the long term, prevent contractures of the extremities. The packs were wrung out by hand, an exhausting and painful experience for the nurse. Adele married Donald Rhodes Jr. on Feb. 12, 1947, and they had 15 children.

Over the years, she interspersed child bearing and child caring at home, with nursing skills at the original local St. Anthony Hospital, and the replacement, St. Anthony’s Memorial Hospital, as well as several other facilities. She did a stint at the City of Hope Hospital in Tulsa in the late 1970s, but then returned home to care for her husband as he was dying from throat cancer. Adele passed away July 13, 2003, at the age of 77. She donated her body to medical science.

Then there was Margaret, known as Margie or Marge. She was born April 6, 1930. Margie went to Chicago to attend nursing school. She graduated from St. Anne’s Hospital School of Nursing in 1951. She returned to this area for awhile and did private duty at the hospital in Effingham. Next she went back to Chicago and worked at St. George’s Hospital on the north side and then the Little Company of Mary’s Hospital on the south side of Chicago.

The Adams’ daughters had two brothers who married nurses. Joe Adams was born March 6, 1934. He served in the United States Army 1953-1956. On June 22, 1957, Joe married Kay Weber, a recent graduate of St. John’s Hospital School of Nursing in St. Louis, Missouri. They had three children. Joe attained BS and MS degrees in Business Education from Eastern Illinois University. After teaching business at several schools and Lake Land College, he traveled extensively for Professional Softwares Inc. while training veterinarian staff to use the company’s products.

Kay’s first professional position was at St. John’s in obstetrics. Locally, she was employed for over 40 years with general practitioners Dr. Richard Hartmann, Dr. Henry Poterucha and at Carle Clinic. Kay is a family genealogist. With the help of many St. Anthony Parish alumni and parishioners, she organized a collection of religious and educational artifacts and photographs for an exhibit entitled “A Walk Down Memory Lane,” in commemoration of the parish’s 150th Anniversary of Catholic Education.

The other Adams brother was Charles. He was born Oct. 3 1932. Charles served two years in the United States Army. He met Mary Ann Emery at Joe and Kay Weber Adams’ wedding. Mary Ann was from Ferguson, Missouri, and she was Kay’s roommate at St. John’s School of Nursing. She worked at the St. Louis Chronic Hospital after she received her nursing license. Charles and Mary Ann got married in November of 1957 in El Paso, Texas. Charles was attending Texas Western College (now the University of Texas at El Paso) and majoring in physics. He was employed as a TV cameraman at an El Paso station.

The newlyweds came home to see their families for Christmas that year. On their way back to El Paso, they were involved in a fatal automobile accident on Dec. 29, 1957. They are buried at Calvary Cemetery in St. Louis, Missouri.

Albert Adams died suddenly of a heart attack on Sept. 11, 1952, at his daughter Adele’s home. He was 60 years old, and he had worked at Weber Brothers Hardware and Implement in Teutopolis for over 20 years. Albert was a World War I veteran, having served with the 6th Regiment Field Artillery Replacement Depot at Camp Zachary Taylor, Kentucky. Albert is buried at St. Francis Parish Cemetery in Teutopolis.

Clara Adams lived for another 31 years. She died on March 13, 1983, at age 85, and was buried with Albert. The Adams’ legacy at the time of Clara’s passing was five nurse daughters, two nurse daughters-in-law, and five nurse granddaughters.

Sources: Adams family Genealogy Group Sheets, obituaries and photographs. A special thank you to Kay Weber Adams for her assistance.