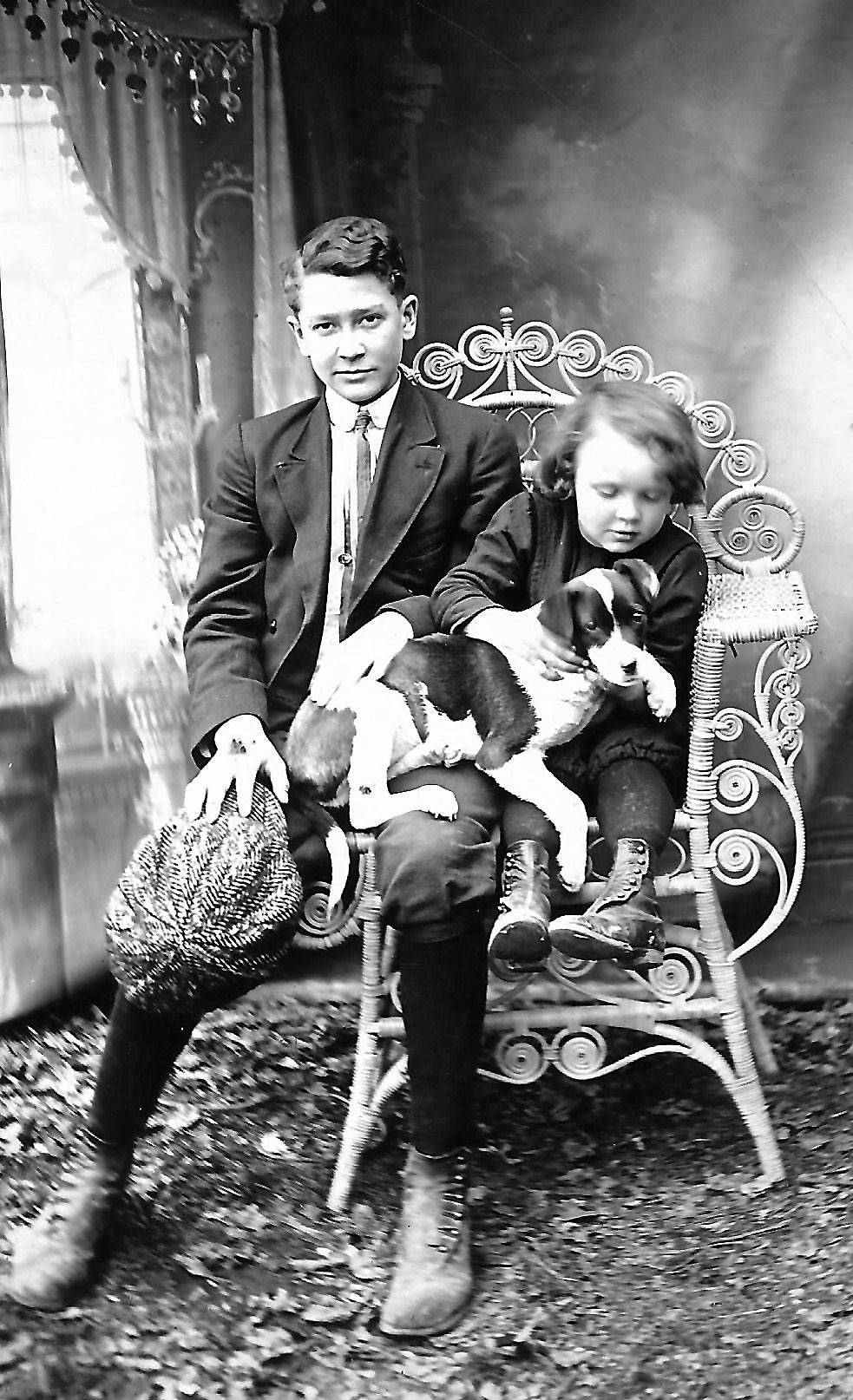 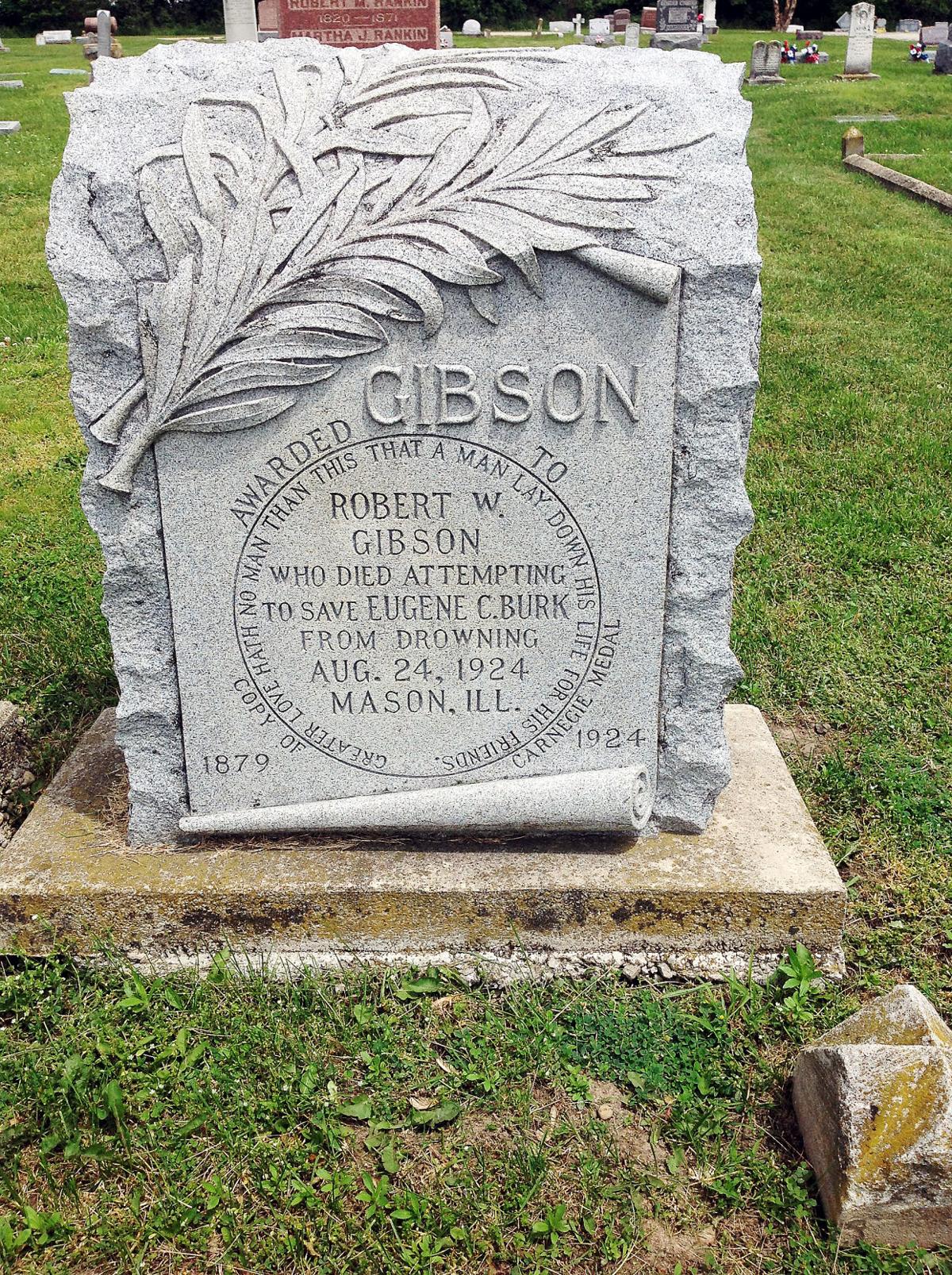 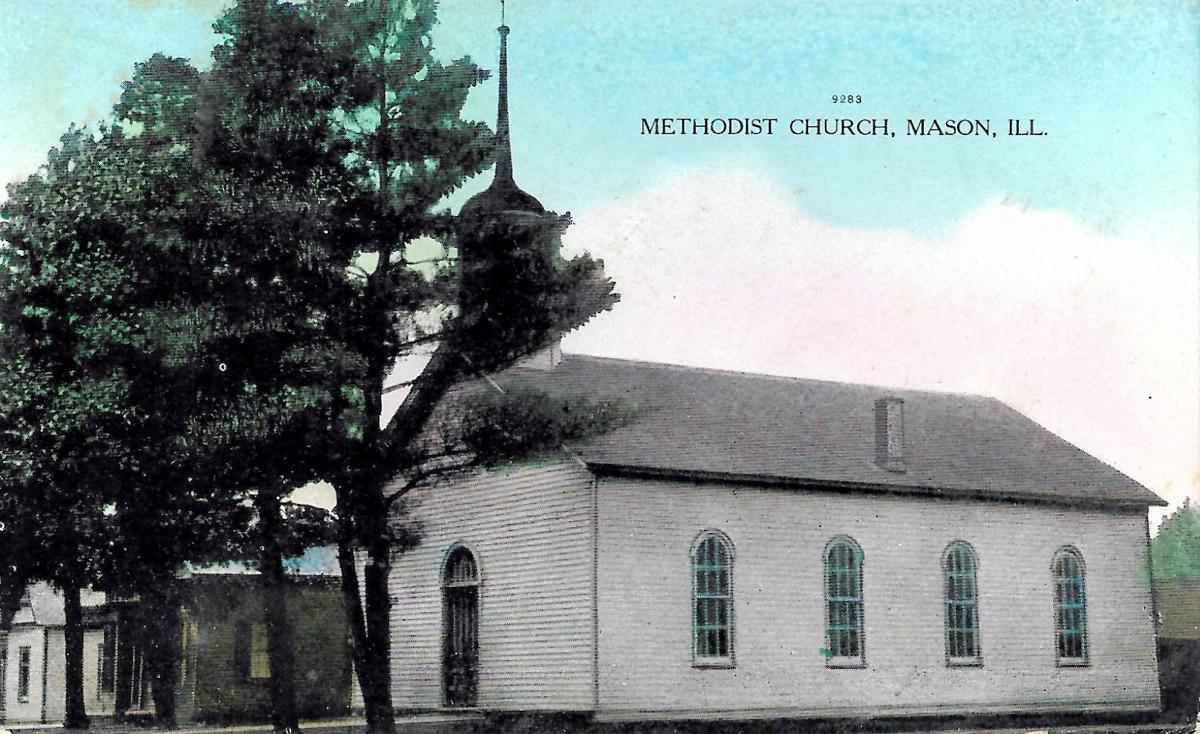 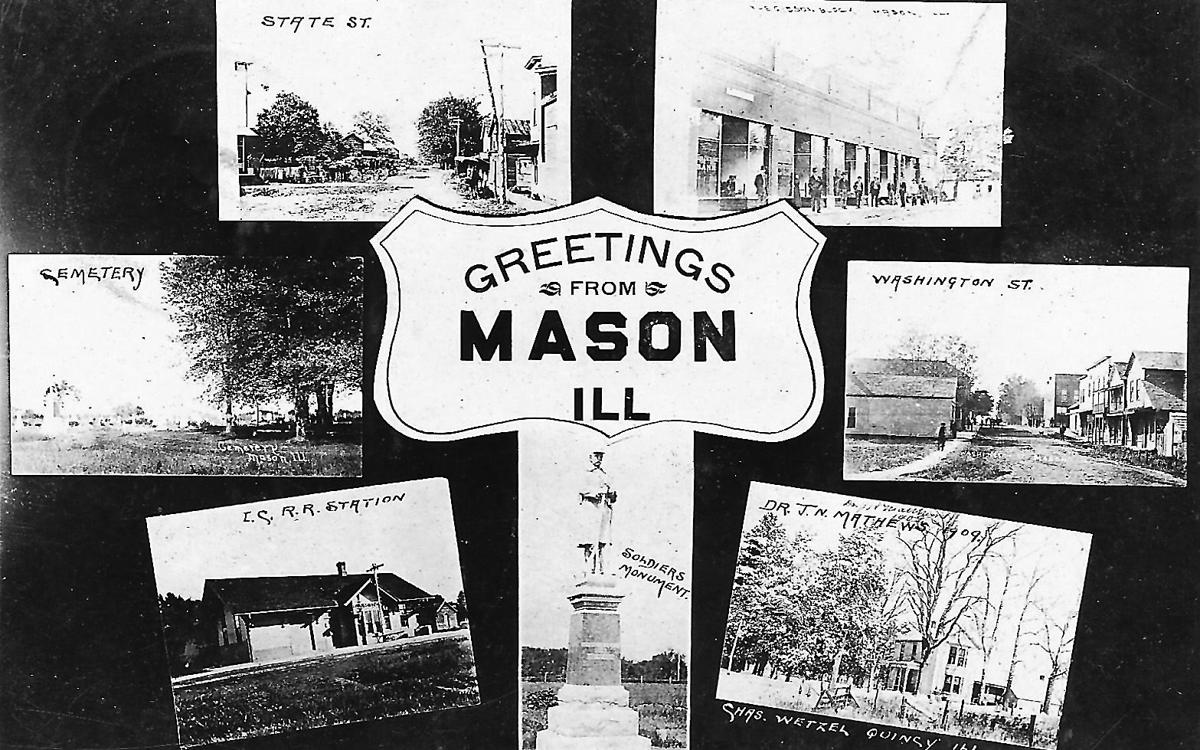 Several Mason families gathered along the Little Wabash River near Robinson Mill Ford for a Sunday school picnic sponsored by the local Mason Methodist Episcopal Church. It was a little chilly, and the river was swollen due to recent rains. There was a good crowd enjoying the day, including Robert W. Gibson, who was the local postmaster and one of the best- known men in that section of the county. Gibson was also a Sunday school teacher. Also present was Hale Elston, a teacher at the local high school.

Among the boys who were swimming in the river was Eugene C. Burk, age 14, the son of the Rev. and Mrs. J.E. Burk. The group of boys had been warned about swimming in the cold, muddy, deeper-than-usual and fast-flowing waters of the river. At about 11 a.m., three boys went into the water anyway.

Burk did not know how to swim but went in the water too. The current swept him down stream to a drop-off of 20 feet which formed a whirlpool. He began yelling “Help! Save me, I’m drowning.” Some of the other boys who could swim tried to save Burk. Elston dived in to try to save him. Gibson said, “Gene is drowning. I must save him.” Gibson and Elston were both good swimmers. Gibson dived in with his clothes on to save Elston and Burk but to no avail. All three drowned that day. The men had suffered cramps as a result of the cold water. Their bodies were recovered about two hours later and taken to Mason, where Coroner Gwin held an inquest into the tragic deaths.

Gibson and Burk are buried in the Mason Cemetery. Gibson’s tombstone epitaph reads “Awarded to Robert W. Gibson (1874-1924) who died attempting to save Eugene C. Burk from drowning August 24, 1924 Mason, Illinois.” A Bible verse (John 15:13) was also included “Greater love hath no man than this that a man lay down his life for his friends.” The inscription on the stone is on a partially rolled scroll with palm fronds at the top. There is an image of the Carnegie Medal on the tombstone. The Carnegie Hero Foundation (Carnegie Hero Fund) was established to recognize persons who perform extraordinary acts of heroism in civilian life in the United States and Canada. The fund was also to provide financial assistance for those who are disabled and the dependents of those killed saving or attempting to save others.

The residents of Mason were devastated to learn that they had lost three of their own that day. Funeral services for Burk and Gibson were held at the Mason Methodist Episcopal Church on Saturday, Aug. 26, 1924. The Rev. A.H. Reynolds and the Rev. C.E. Bovard officiated. The Masonic fraternity held their funeral services at the Gibson grave site. Eugene C. Burk left behind his parents, two sisters and four brothers.

N.J. Wood of Mason composed a flowing verse dedicated to the memory of Gibson, Elston and Burk. It was published in the Effingham Republican newspaper. It was titled “In Memoriam” and tells the story of the events that day in Mason in 49 lines.

The Effingham Republican published heartfelt sentiments about Gibson on Sept. 4, 1924. The tribute told of his presence being symbolic of sunshine and happy laughter. Gibson also liked to whistle, which sounded like a silver bell. He was a godly man who had living sympathy and the kindly advice of Jesus Christ. Gibson used his talents to the betterment of those around him and fought bravely against physical difficulties.

The same newspaper described Burk as obedient, patient, helpful and affectionate. He had a sunny, pleasant nature that attracted and held those around him. Burk was a good student and a joyful playmate. The morning of the tragedy, he performed his usual daily duties around the house. He then took the family Bible and read a beautiful Psalm after which the family recited the Lord’s Prayer. Though his life was cut tragically short at a young age, he was ready for what was to come in Heaven. Gene went down in the Little Wabash River, but he crossed over the Jordan River and joined the countless hosts of the saved in Heaven.

Elston was only 26 years old and from Newton. He had served in World War I. Elston was converted to Christ at Edgerton, Indiana, in 1920 and lived a consistent Christian life. He also made the supreme sacrifice by giving his life for another near Mason. Elston was also considered to be a successful teacher in this part of the state. He was buried at the Riverside Cemetery at Newton, with members of the International Order of Odd Fellows conducting their funeral ritual for him. He left behind his wife and three small children. Thirty-nine people from Mason attended the tribute at Elston’s grave on Sept. 21, 1928. The Revs. J.E. Burk, C.E. Bovard and McGill spoke nobly of their heroes. A carving of Carnegie Heroes medal was also on Elston’s tombstone. McGill proposed a bronze medal be presented to the wives of the deceased heroes. He also suggested bronze tablets be made with the heroes’ names to be placed in a prominent place and dedicated to their memory and bravery. No such tablets were created in favor of their tombstone engravings of the Carnegie Medal with the inscription “Awarded to Edward H. Elston who died attempting to save Eugene Burk from drowning Aug. 24, 1924 Mason, Illinois. Greater love hath no man than this that a man lay down his life for his friends.” Some graves in the U.S. have the actual bronze Carnegie medals attached to the tombstones.

Fifteen years after the incident, Ruby Gibson, Robert’s widow, submitted a tribute poem to the Mason News in the Aug. 31, 1939 issue. It told of her despair and interminable loss of her husband. The title of the poem was “The Rest of the Way Alone”. Hubert Gibson, Robert and Ruby’s eldest child, told his children about the early months’ effect upon his mother after the loss of his father. Ruby was 39 years old when Robert died. Six months after Robert’s death, Ruby was appointed as postmistress of Mason in February 1925. It was the same position Robert had held. She held that position until 1932 when the Democrats swept into power nationwide and requested the resignations of all postal officials to be reappointed by Roosevelt’s administration. This was a common practice at the time by both political parties after national elections.

It has been 96 years since this tragedy occurred in Mason. Older residents of Mason remember hearing the stories from their parents about the heroic actions of Gibson and Elston in the failed attempt to save Eugene Burk from drowning and in turn lost their own lives.