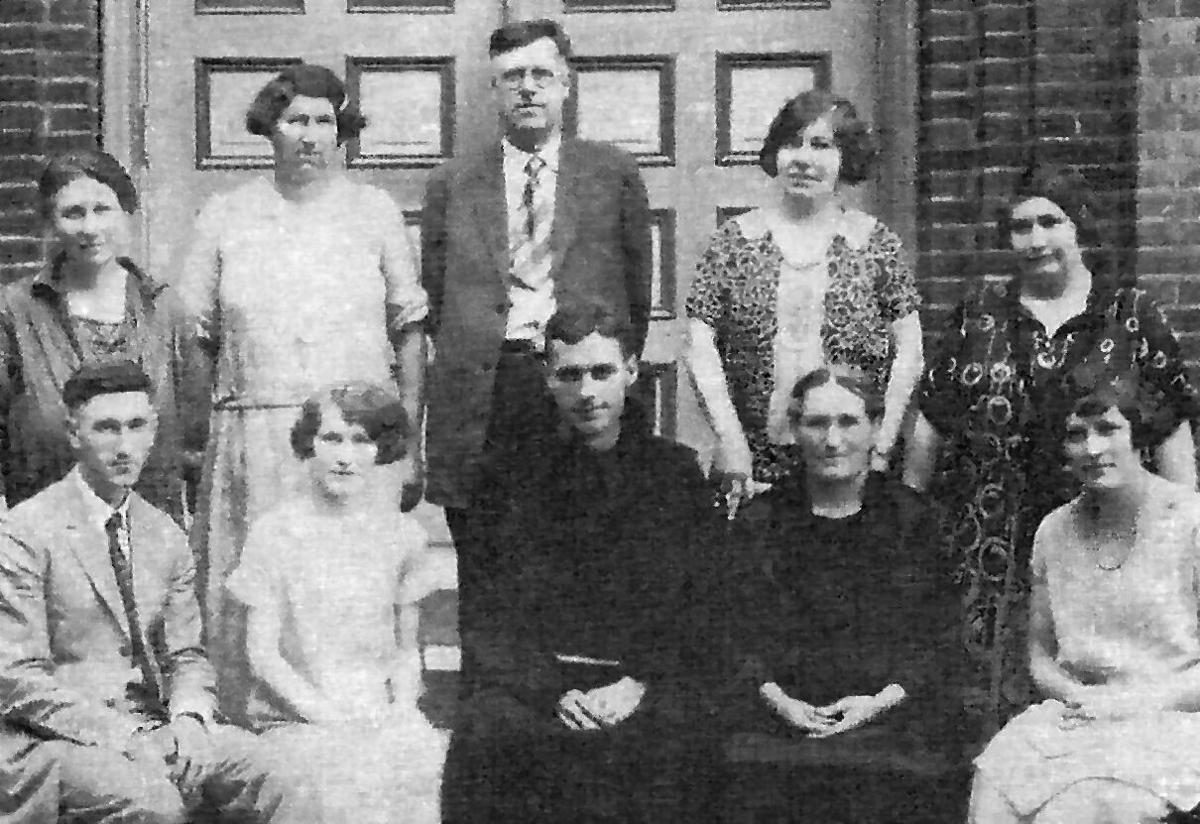 This Adam family group photo was taken in 1925 in Teutopolis. 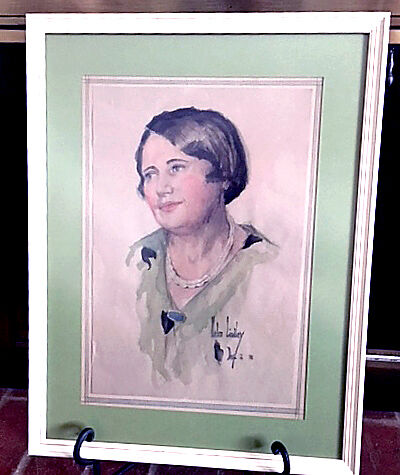 A 1933 Boston Store/Lindley advertisement is shown. 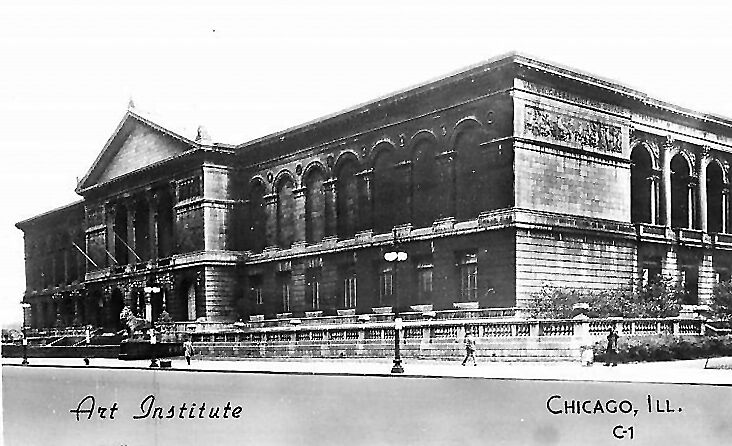 This Adam family group photo was taken in 1925 in Teutopolis.

A 1933 Boston Store/Lindley advertisement is shown.

It started as a casual conversation over a kitchen table.

Two relatives were enjoying the view of a delicately rendered and newly framed 90-year-old watercolor portrait. The subject of the watercolor was Helen Adam (1894-1934).

“What did Helen die of?” the niece asked the aunt.

Every family history has at least a little mystery — the relative who moved away, died, and came back home in a casket. So, what happened in between? Where did that relative die and why?

Helen Adam was born in Teutopolis on Jan. 23, 1894. Her parents were George and Philomena Koebele Adam. In the family group photograph made in front of the Society Hall in Teutopolis in 1925, Helen is in the first row, second from the left. In the 1930s, she lived in Chicago; she was still there at the time of her death on June 9, 1934. At various times, her sisters, Della and Martha, lived with her there. After husband George’s death, Philomena Adam moved north as well.

Helen Adam’s image is preserved because she came into contact with another woman named Helen. Painter Helen Lindley was one of the 1930s Chicago “starving artists.” During the Great Depression, life was hard for everyone, but especially for those making a living in the creative arts.

Helen Martin Lindley was originally from Indianapolis, but she came to Illinois after she married. She was associated with the Chicago Art Institute and took part in the Open Air Art Fairs along the waterfront. Lindley was never famous, but her watercolor paintings were good enough that she was one of the 12 painters mentioned by name when 500 artists descended on Grant Park to display their wares in 1935.

In order to make ends meet, Lindley set up her easel at the Boston Store on Madison Avenue. The department store’s weekly advertisement indicated Lindley would sketch people as they waited on goods for a $1 fee. Some of these sketches were converted into watercolor paintings, and Helen Adam was one of those subjects.

The watercolor was hidden away in a closet for many years. First, Helen’s sister, Martha, had it, and then it was given to her niece, Marge Adams Wall. It went from Marge to her eldest child, Kathleen Wall Dasenbrock. Kathleen had the watercolor professionally re-matted with acid-free materials and framed for the first time under museum-quality glass. In order that others could view it, she donated it to the Effingham County Museum.

Questions concerning where and why of Helen Adam’s death were solved by obtaining and analyzing her death certificate. A death certificate is rich source of information about the ancestor, and can provide coherent answers to family questions.

According to Adam’s Standard Death Certificate, she was living at 1512 Hollywood Avenue in Chicago before her final days at a hospital. She passed away at West Suburban Hospital, a large facility in Oak Park, a suburb close to and west of the Chicago city limits.

Helen died of gall bladder disease. Her doctor carefully documented that he treated her starting on Aug. 11 1933, and that she suffered from gall stones that were obstructing the drainage of bile. A glance at Helen’s watercolor portrait reveals two important facts. She had a fair complexion, and she was not slender. Helen was also 40 years old and female.

This four-point profile was converted into a memory aid for doctors and nurses, which went like this: “A typical patient with active gall bladder disease is fair, fat, female and forty.” Conservative therapy for gall bladder disease at that time consisted of dietary restriction and oral medication.

That didn’t work for Helen, and she developed liver failure and an external bile fistula. Normally, bile is part of digestion in the gut. Bile in the wrong place is a corrosive substance that triggers severe pain. Her doctor tried to correct the problem with emergency surgery on June 7, 1934, but that was also unsuccessful, and she died two days later.

Unfortunately, this was not an uncommon outcome of the era. An autopsy was performed. Combined with the earlier clinical findings, Helen’s medical diagnosis was confirmed.

There are several ways to request a death certificate for genealogical purposes. This kind of non-certified death certificate is available once 20 years has elapsed since the time of death. You can obtain one by contacting the county clerk of the county where the individual died. Charges for genealogy copies vary greatly by county. Many counties post that information on the county website, along with the name and contact information for the County Clerk.

There is usually a form to complete with information about the deceased person you are seeking. This data helps the Clerk’s office find the record. It is a good idea to enclose a self-addressed stamped envelope if you are requesting by mail, even if that isn’t part of the directions. Make sure your check is made out to the correct person or office, and for the specified fee.

At this time, the charge for a non-certified death certificate in Cook County is $17, but there is another way to obtain a death certificate that is less expensive. The Illinois State Genealogical Society (ISGS) offers digital death certificates from 1916-1947 for a small fee. If you are a member of ISGS, the cost is $6 each. For non-members, it is $10 each.

Adam’s portrait, as well as a watercolor of her sister, Martha Adams, will be on exhibit at the Effingham County Museum very soon.