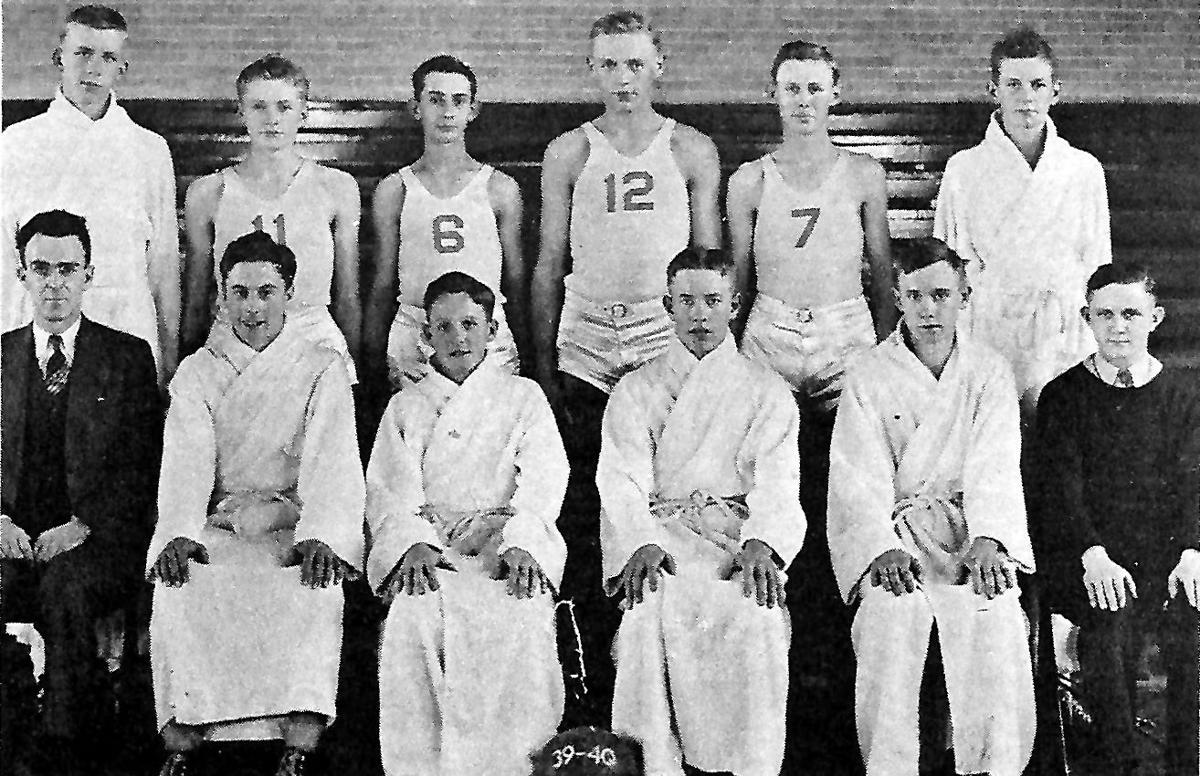 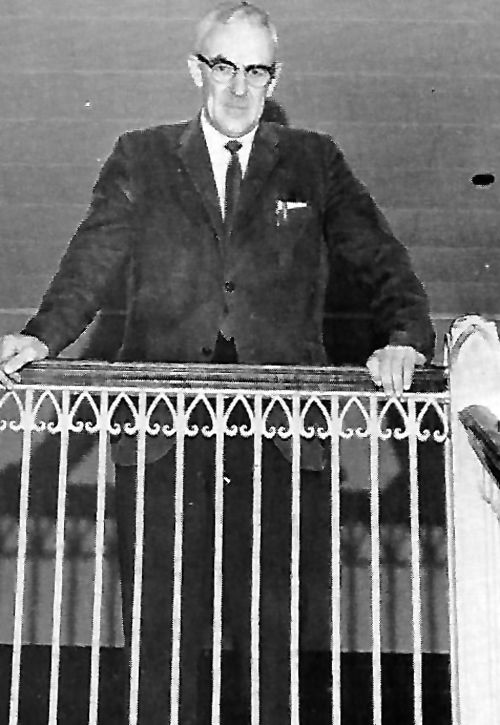 J.H. Griffin at Teutopolis Community High School in the 1960s. 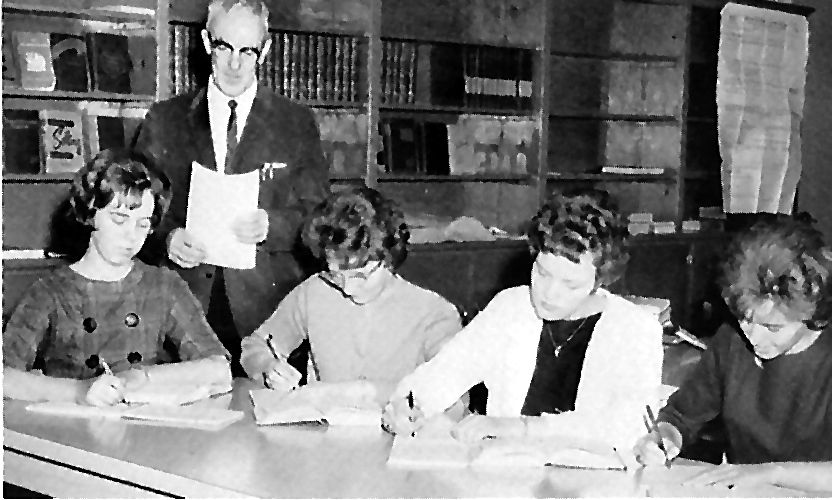 Shorthand dictation class in the 1960s. 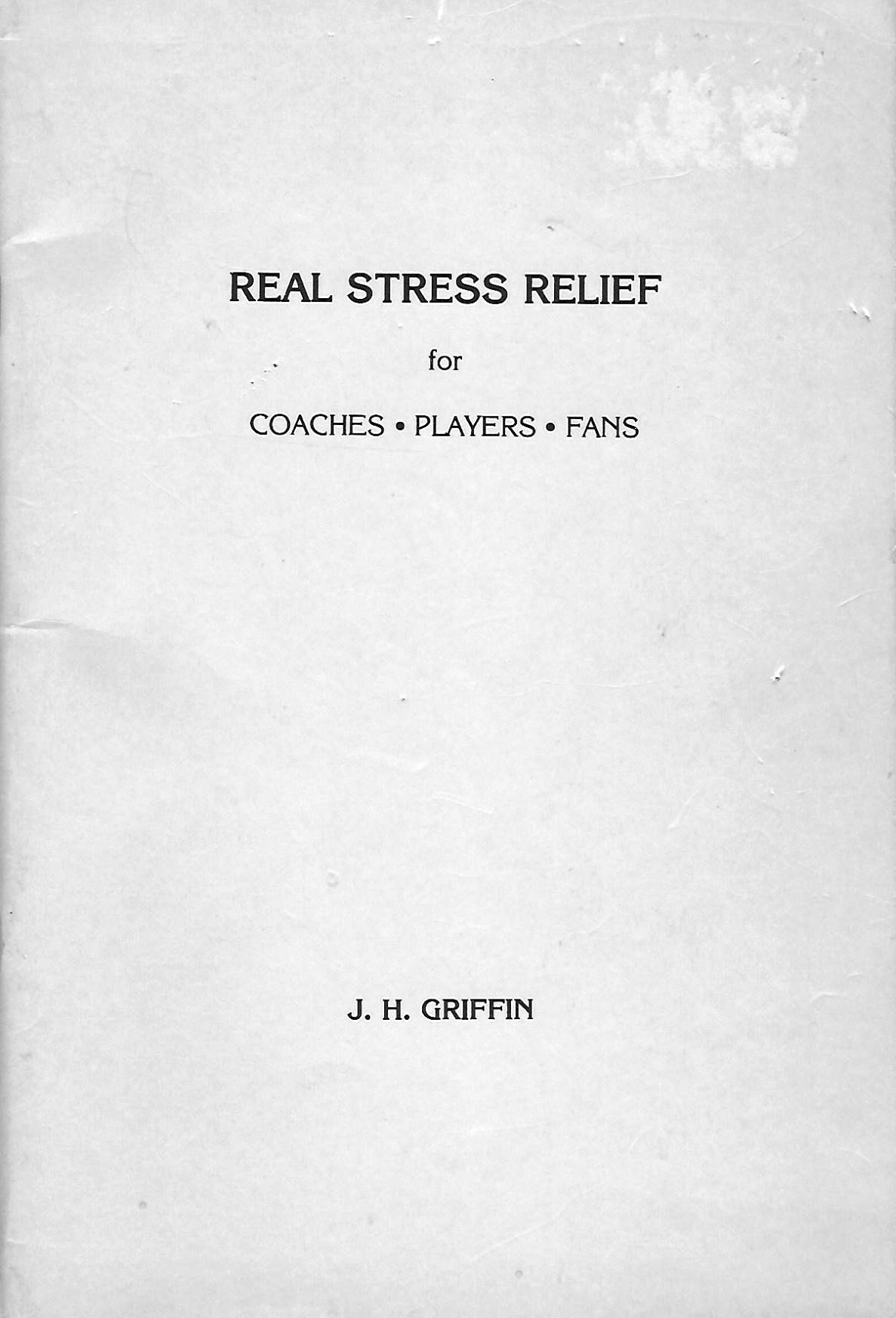 Shown is a Griffin publication from the 1970s. 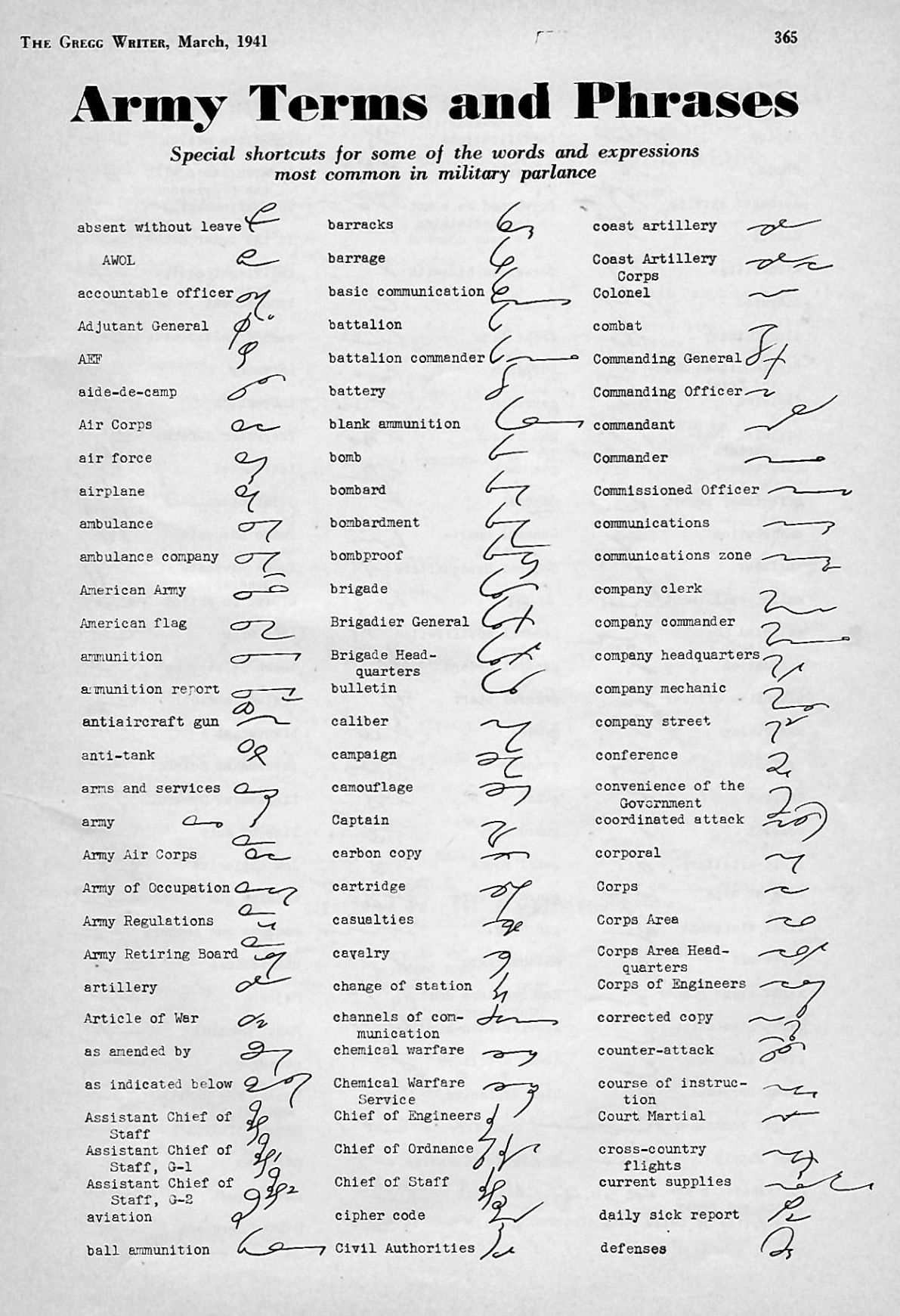 Shown is Gregg shorthand from 1941.

J.H. Griffin at Teutopolis Community High School in the 1960s.

Shorthand dictation class in the 1960s.

Shown is a Griffin publication from the 1970s.

Shown is Gregg shorthand from 1941.

Griffin came to Teutopolis by way of his hometown of Easthampton, Massachusetts, situated in the Berkshire Mountains. He was born there on April 28, 1906. He had an older brother, Fred. His father was Jeremiah Griffin, an Irish immigrant. He died when J.H. was 3.

J.H. Griffin graduated from Easthampton High School in 1923, where he took commercial courses, including Gregg Shorthand. Next he attended Bay Path Normal Institute for two years, also in Massachusetts. In 1925, Griffin hadn’t been out of school very long when he came to Teutopolis looking for work. Soon he was teaching business classes.

Over the years, Griffin told some of his students that he came to this area carrying little beyond some folded shirts in a box. He refused to wear a hat in an era when most men did. During the summer months, he enrolled at Indiana State University and earned a baccalaureate degree in PE/Coaching. He married Luella Siemer in 1929, and they had five children.

Early Teutopolis High School classes were in the old Society Hall building on Main Street Teutopolis, next to Weber’s Hardware. When the new Teutopolis Township High School building on the west edge of town was ready in 1929, Griffin continued teaching business, with Notre Dame Sister Ethelbert Dekum as superintendent. Forty years later, he was still teaching typing and Gregg shorthand.

Gregg shorthand allowed an office worker to take dictation at a rate in excess of 200 words per minute, but Griffin’s students were advised that recording 80-100 words/minute was sufficient for local employment. Sustained practice was needed for accurate and timely transcription. Specific Gregg shortcut was advised based on America’s needs at the time. During World War II, advanced knowledge of military terms could help a stenographer get office work on an Army base, for example.

Griffin excelled in coaching high school sports. After he finished his degree at ISU, he was named athletic director. Starting in 1932, he co-founded the National Trail Conference, wrote its constitution, and served as an officer for many years. The Wooden Shoes team logo was developed during his watch, tying the team to the players’ mostly German heritage. He held the Teutopolis head basketball coach position through 1953.

Some of his graduates went on to play college ball at Quincy College, St. Louis University, Indiana State University and Eastern Illinois University, among others. According to local sports news reports, his cumulative win-loss record over the years was 435 victories to 217 defeats. His coaching success is striking, in that he claimed in a 1948 interview that he had never played the game himself.

Griffin trained boys for baseball and track, and introduced small-town T-Town to competitive tennis in 1943-44, at a time when Teutopolis was considered a bit too rural for the sport. Some of those men went on to play college tennis. He was also the Physical Education teacher for the boys.

There was no girls basketball coach during Griffin’s era, because girls couldn’t play basketball in high school, except for a tame version during PE. Girls played by Girls’ Rules. They couldn’t cross the center line, and there were six girls on a team. Half of the team was on the scoring side, and the other half was across the center line with the opposition, trying to steal the ball. Getting the ball over the center line to the correct forward with minimal dribbling and no fouls was a challenge.

No official explanation for Girls’ Rules was given, but discussions among students themselves teased out an adult belief that running up and down the full court might strain the ovaries and lead to infertility. It took the 1970s Title IX legislation to eventually eliminate Girls’ Rules.

Griffin devoted a considerable amount of energy to statistics. Starting in 1924 and continuing into the 1940s, he kept detailed records of individual basketball players, game-related expenditures, gate receipts, and the names of managers and student helpers, all of which he compiled in a massive record book.

Griffin was active in the community at the county level. On Aug. 8, 1947, he met with four other men at the Effingham County Clerk’s office to hear an explanation of the role of public health from a state health department physician. Griffin went on to serve as a founding board member of the Effingham County Health Department. His long-term exposure to students, along with their cases of tuberculosis, measles, mumps, polio and diphtheria, as well as some bad teeth and substandard nutrition, convinced him of the need for the Effingham health department.

Griffin contributed to the larger common good by writing for teaching and coaching publications, and over the years, he produced a series of small books and booklets. The Effingham County Museum is fortunate to have one of them in its collections. “Real Stress Relief” is undated, but appears to have been produced locally in the 1970s, around the time when Hans Seyle’s General Adaptation Stress Theory was in the news. The booklet is a loosely organized collection of humorous anecdotes, jokes, one-liners and inspirational quotes. One example: “Behold the turtle. He only makes progress when he sticks his neck out.”

He took a leave of absence in the spring of 1969 to teach PE organization and administration for a year at Johnson State College in Vermont. Upon returning to Illinois, he served as Teutopolis Superintendent through 1973. He was elected to the Illinois Coaches’ Association Basketball Hall of Fame in 1975. After retirement, he and Luella moved north, just inside the Effingham County line, to a remote home in the woods dubbed the “Brush Patch.”

Griffin passed away on Dec. 3, 1993. He was survived by his wife and five children: John J., Stephen, Patricia, Mary, and Linda. Luella died in 2002. The Griffins are buried in St. Francis Cemetery, Teutopolis. The Irish Celtic cross graces their marker.