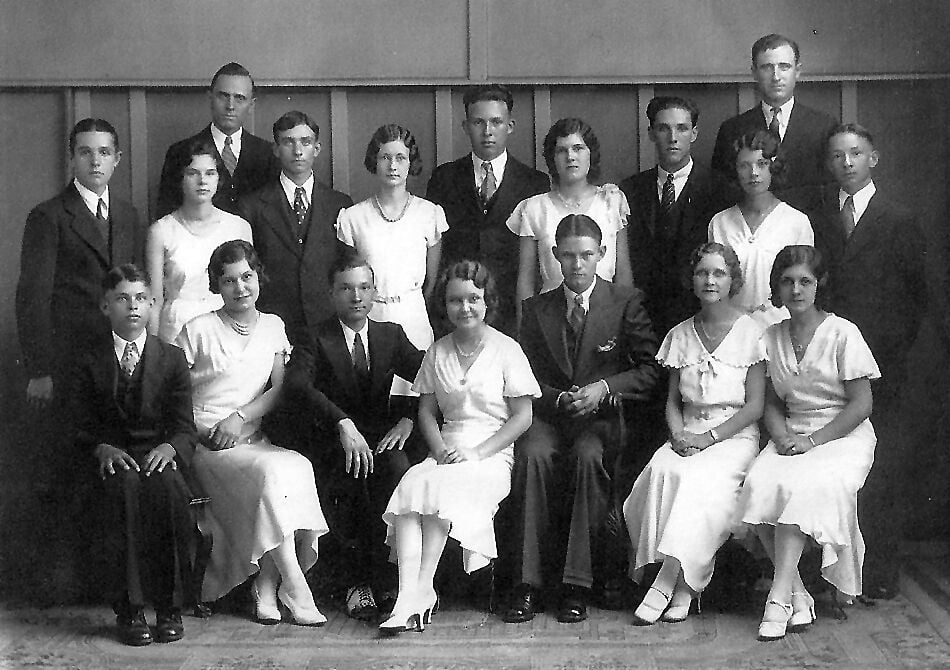 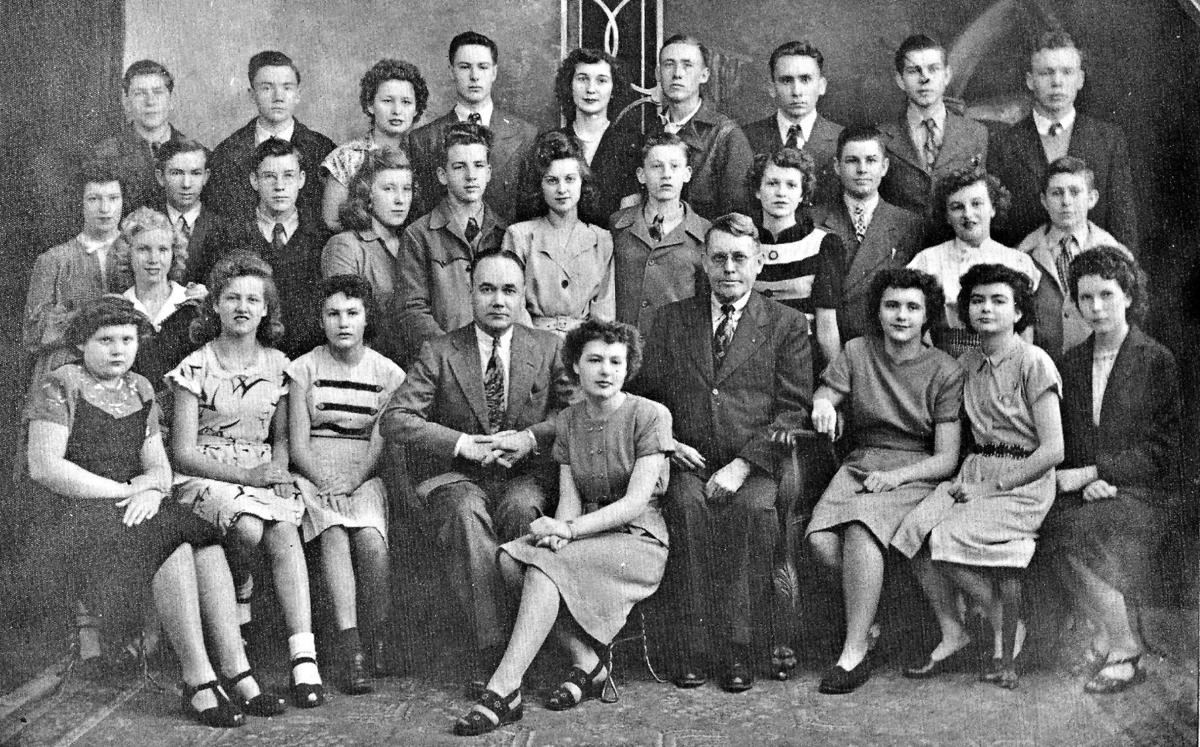 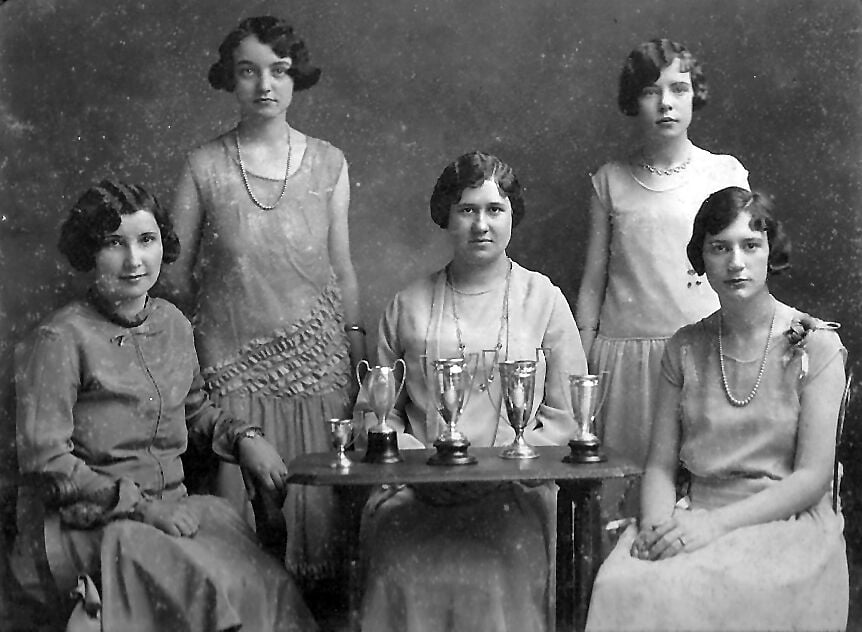 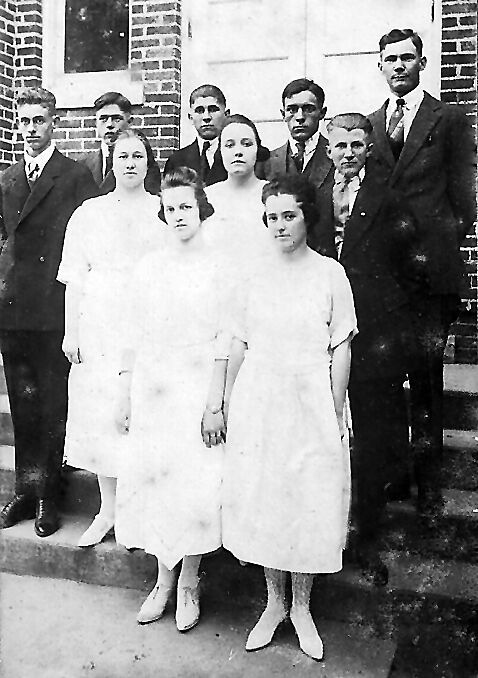 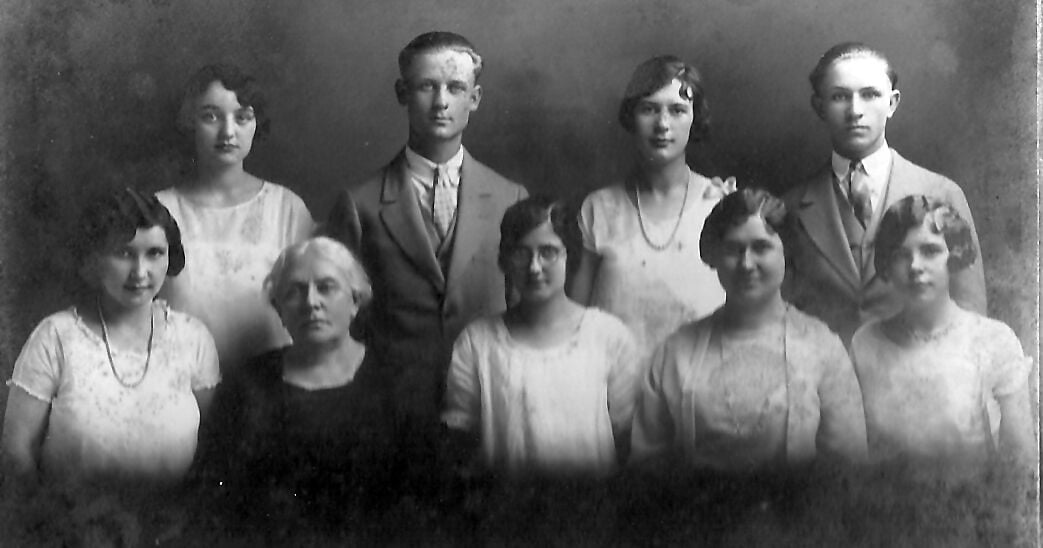 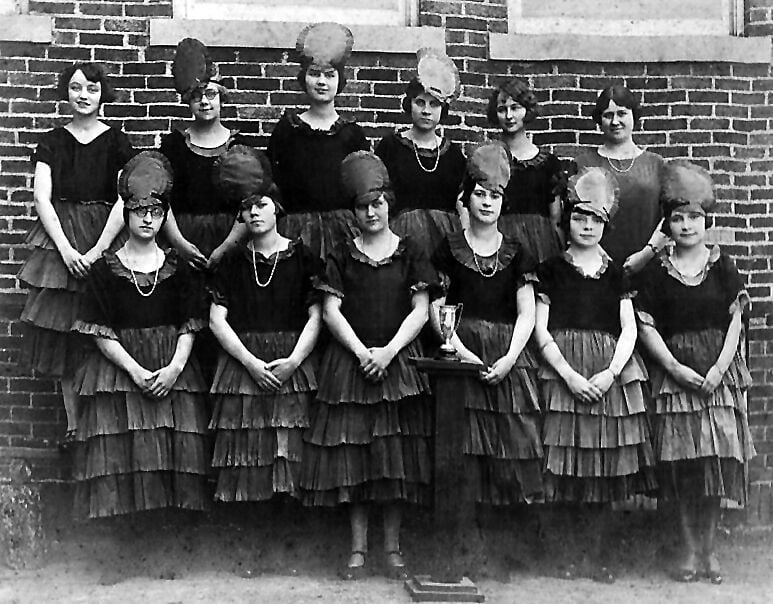 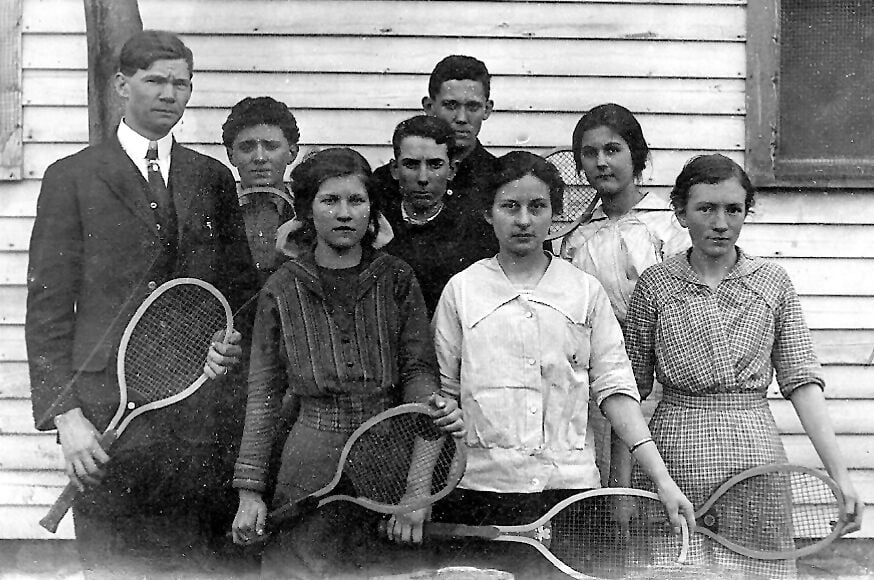 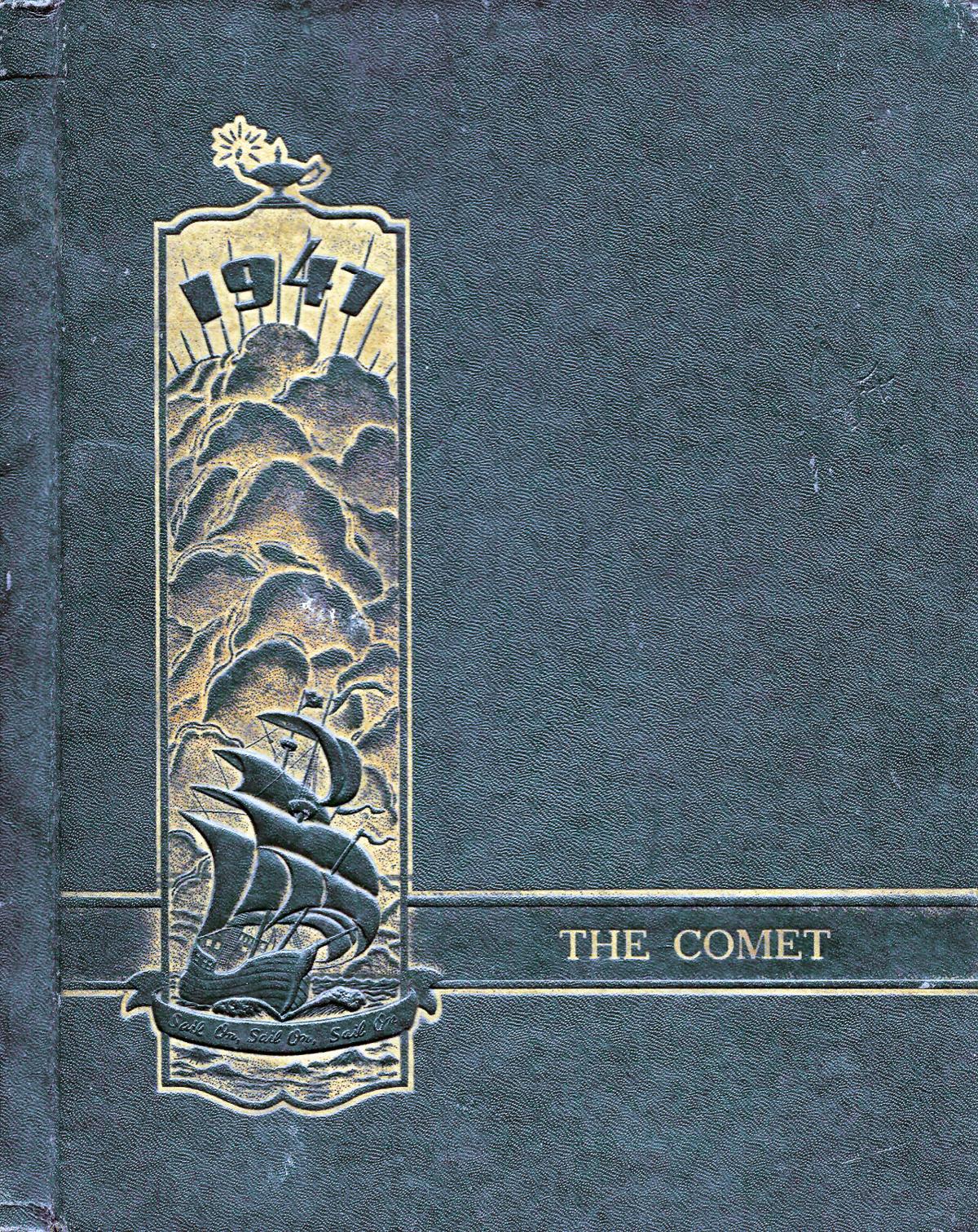 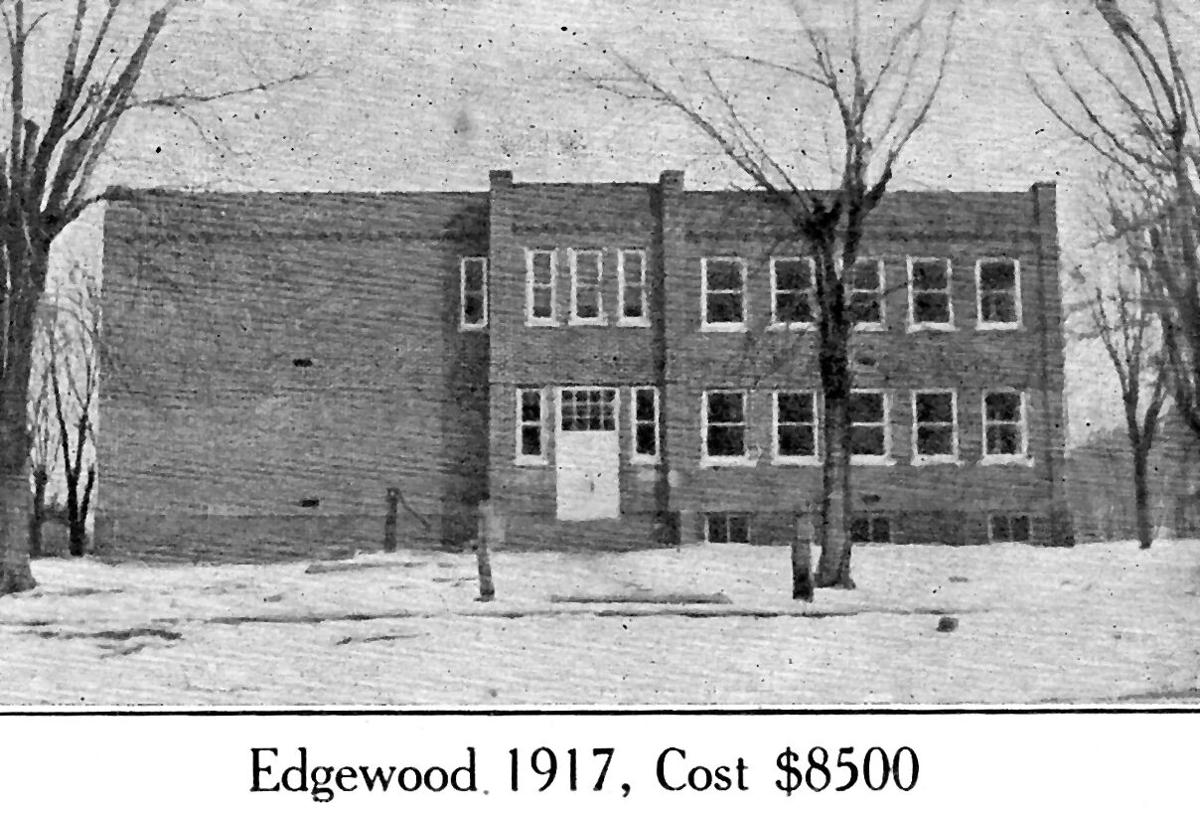 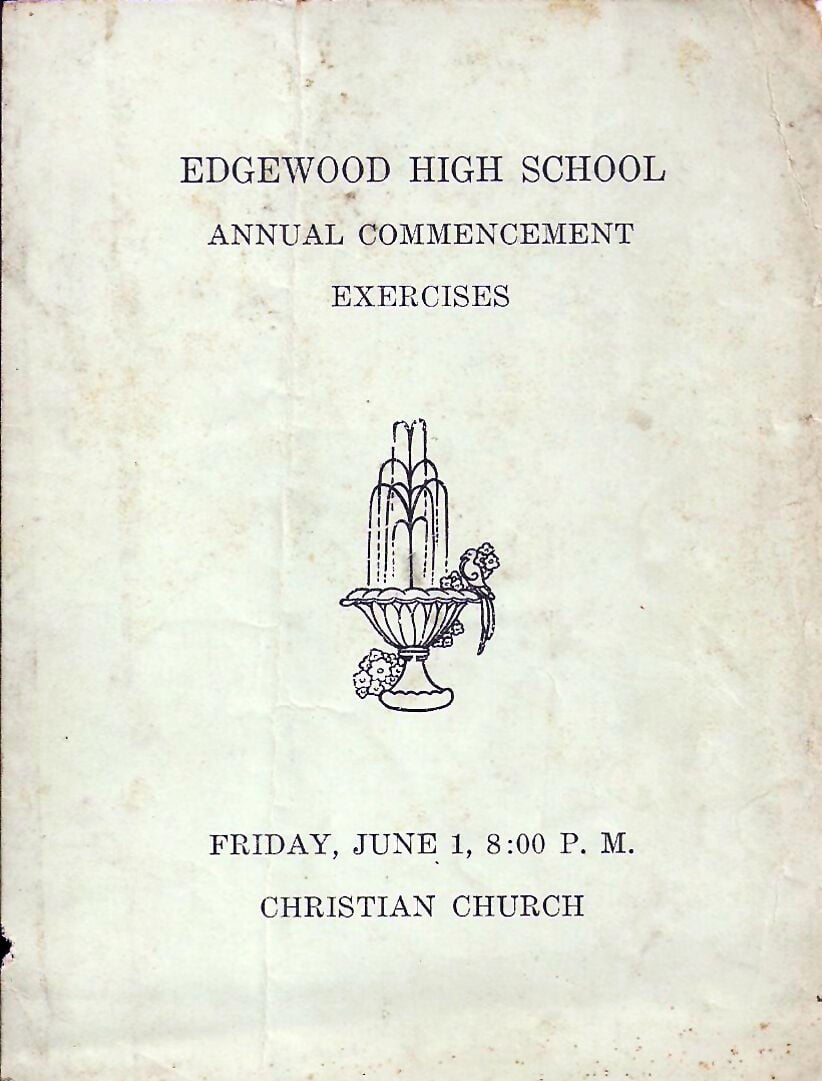 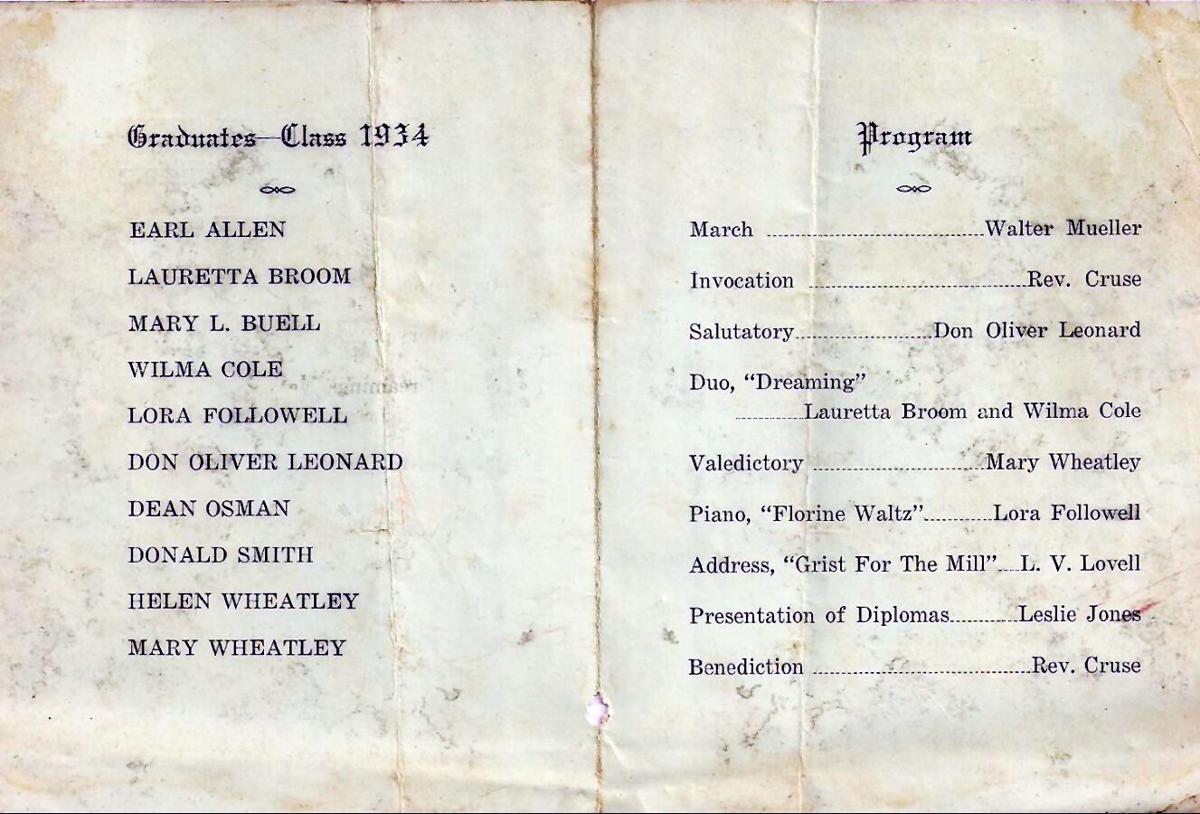 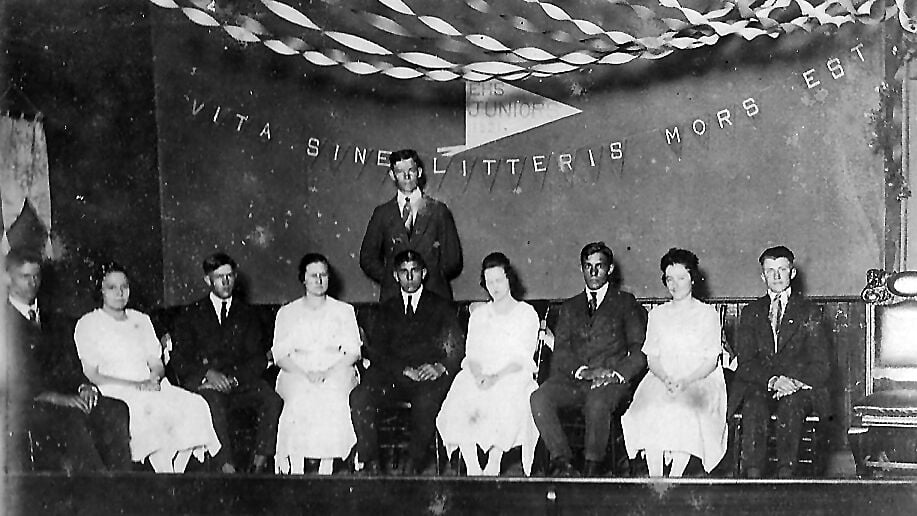 Recently, the Effingham County Museum received an interesting artifact from nearly 75 years ago. The item is a 1947 high school yearbook from Edgewood High School, Edgewood, Illinois, a three-year high school. Toward the front of the book is a statement from the yearbook staff: “We have had many pleasant memories in E.H.S. We hope the future students of this high school will have the same.”

By drawing from that volume, the 1957 Centennial of Edgewood booklet, materials gleaned from the celebration of Edgewood school six years ago, and from Hazel Kingery’s “archives,” one gets a sense of what those memories have been through the years, starting in the early part of the 20th century. Hopefully, the reader will also realize how important these small high schools were as they provided a sense of pride to the people who they served.

Edgewood High School had an interesting beginning at the end of the 1913-1914 school year, when some members of the eighth grade asked if high school work could be offered the next school year. Two of those making the appeal were Glen Irvin and Hazel Hoffman, a son and daughter of members of the school board. The parents of those two consulted with the third school board member, George I. Danks, to see if he agreed to the possibility of offering a ninth grade the next school year. Danks did agree, but with the provision that a principal had to be found who would also teach the ninth grade classes.

The board found an excellent candidate, Ray B. Bryant, a 20-year-old who had been teaching school in Clay County. During the interview, Bryant said he, in fact, would be willing to teach seventh and eighth grade classes in addition to the ninth grade classes. Most impressive about the young man was his thirst for knowledge, along with his natural abilities to learn quickly. He was self-educated, having carried books with him when farming, studying whenever he gave the team of horses rest.

In September of 1914, several other students from the area also decided to enroll in Edgewood’s ninth grade classes. There was concern that so many had enrolled that there would not be enough seats in the “big-room,” a nickname for the upper-grade room in the school building. Fortunately, the seventh and eighth grade class enrollment was smaller than usual, thus allowing the placing of chairs behind the standard double seats permitted everyone to have a seat.

By the time the end of the year was reached, it seemed only natural to offer 10th grade work the next school year. However, in order to accomplish this another teacher had to be hired. Her name was Miss Edith Schell. The “big room” had to be divided so the two teachers could hold class at the same time. A partition was placed inside that “big room” thus allowing the two teachers to provide education for the seventh, eighth, ninth and 10th grades.

When preparing for the next school year, the decision was made to expand the school by adding another year’s study. The school board decided that a three-year high school had to be organized in a new building, which would house both the lower grades and the high school. When the proposal was put before the voters, they approved and agreed to a bond issue. The existing old building was removed immediately after school was finished in May of 1916, so work could begin on the new brick building.

When it was time for a new school year to begin in September, the new school building was not yet finished, leading the school board’s decision to hold classes in the Masonic hall for the high school and upper-grade students, while the intermediate grades went to the Christian church for their education. The primary students did not enter school until the new building was ready in late December.

1917, of course, was the year the United States entered World War I. In order to raise money for the war effort, Liberty Loan drives became part of community life as people purchased saving stamps and bonds. The adults purchased the latter, while younger people invested in buying war saving stamps. Those stamps were placed in a folder. When 20 stamps were pasted in place, they could be exchanged for a $5 war savings stamp, which went to a larger folder. When that was filled with 10 stamps, it could be exchanged for a $50 Liberty Bond.

In this troublesome time, the great Spanish flu epidemic brought many deaths all throughout the United States. There was a heavy toll in human life in the Edgewood area. Charlene Spurlin, in her “Edgewood 1857-1957 Centennial History,” wrote: “Children became orphans and parents were rendered childless.” There was so much for doctors and other health care people to do to take care of those who were sick or who were dying. Often members of the clergy and funeral home directors held graveside services after dark, and also during the day. Schools were closed, also churches. The grimness was everywhere.

The signing of the armistice on Nov. 11, 1918, provided for a time of rejoicing. “The Edgewood Centennial History 1857-1957” described the situation: “The high school students and elementary school pupils planned a ‘torchlight parade.’ They were joined by the parents and other townspeople. The parade was ‘torch-light’ in name only, for lanterns actually supplied the necessary illumination as the throng marched up one street and down another all over town. Church bells rang for hours. The men and boys fired guns and rifles while the women and children jingled cowbells, or pounded on tin pans. All joined in singing patriotic songs such as ‘Battle Hymn of the Republic,’ ‘Over There,’ ‘When Johnny Comes Marching Home,’ ‘America,’ and ‘Keep the Home Fires Burning.’”

Bryant retained his position as the administrator of the high school for eight years until the time of his death on May 10, 1922. He was walking to school when he was struck by a bolt of lightning and killed instantly. This 28-year-old had proven himself to be an ideal teacher and school principal.

When World War I ended, the United States had many political matters to solve. In foreign affairs, there was the question of granting the Philippines their independence. In domestic matters, there was the issue of child labor. The public needed to know about such topics. Edgewood High School provided the necessary information via its debate team.

Topics such as the above were discussed in depth at the school. The debate squad consisted of members who were quite skilled; in fact, they were good enough to place third in the State Debate Tournament. That accomplishment led to their receiving a large red banner indicating the team’s success.

During the same timeframe, the girls quartet won five loving cups, which became part of the high school trophy case, as did the girls glee club adding two more cups. They competed against four-year high schools with enrollments many times the size of Edgewood’s. Because of their great success, these girls were able to offer local concerts to earn money to buy the school’s first piano.

There were other non-athletic extracurricular activities, such as a monthly school newspaper, “The Pioneer,” published for several years before World War II, but halted during the war due to a paper shortage. When it began again, it had columns devoted to “Fads and Fashions,” “Courtesy Hints,” “Social Activities,” “Gossip,” “Advice to the Lovelorn,” “Birthdays, “ “ Sports,” “Art,” “Jokes,” “Editorials,” “Class News,” and “Announcements.” It also contained advertisements from area businesses. In 1947, the school mimeograph machine printed the paper for distribution.

The high school basketball team was organized during the post-war era. The players had to practice on an outdoor court unless at certain times they could meet in the local building or a gymnasium in another town. Eventually, a gymnasium was added. The school seemed to be complete.

The 1947 “Comet” described the basketball team’s season by mentioning some of the successes. Coached by Virgil Bancroft, EHS placed third in the Little Wabash Conference by beating Montrose by five points, a team which earlier in the school year, had broken Edgewood’s three-game winning streak.

When the 1947 yearbook declared, “We have had many pleasant memories in E.H.S. We hope the future students of this high school will have the same,” the students did not know there would be only one more yearbook. In 1948, school consolidation canceled future memories of Edgewood High School as its students became part of a much larger high school at Effingham. During the course of its existence, Edgewood High School produced 257 graduates. The last of whom was Lawrence Weber.