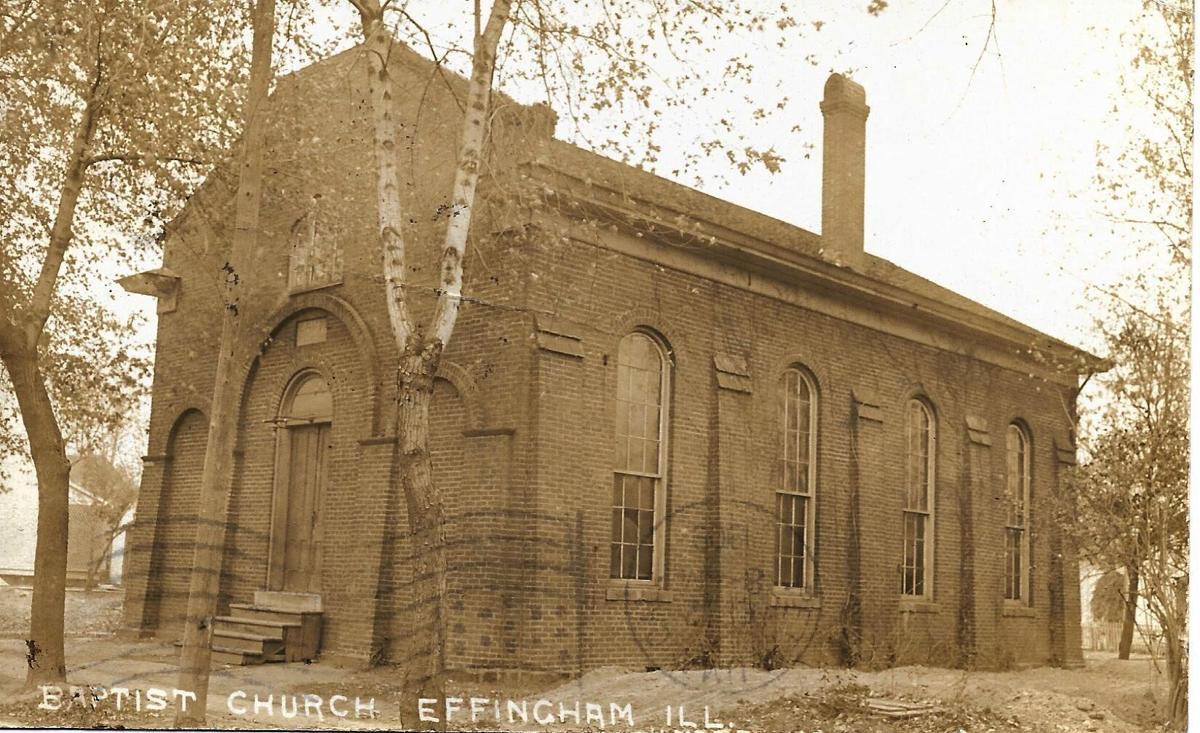 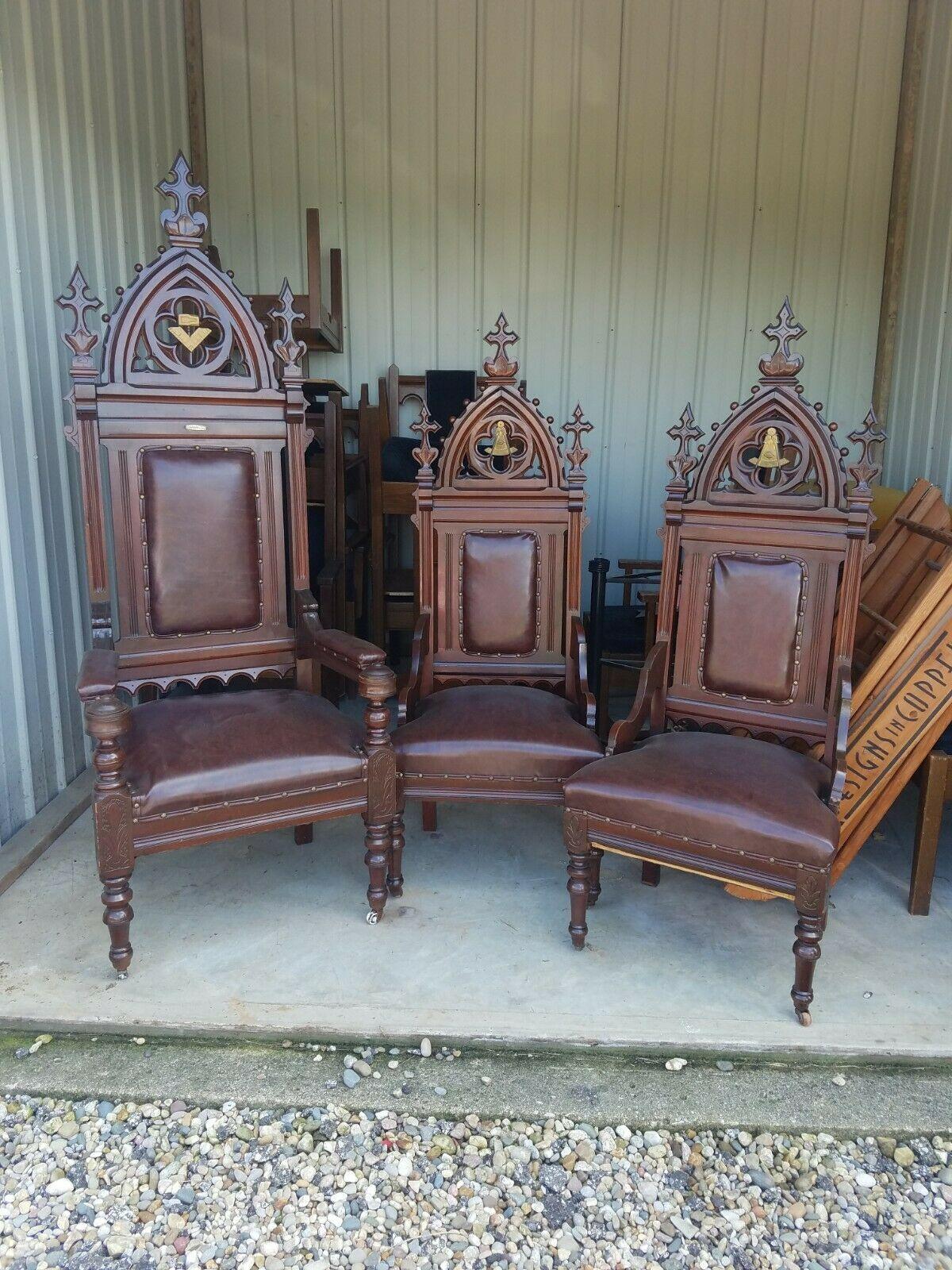 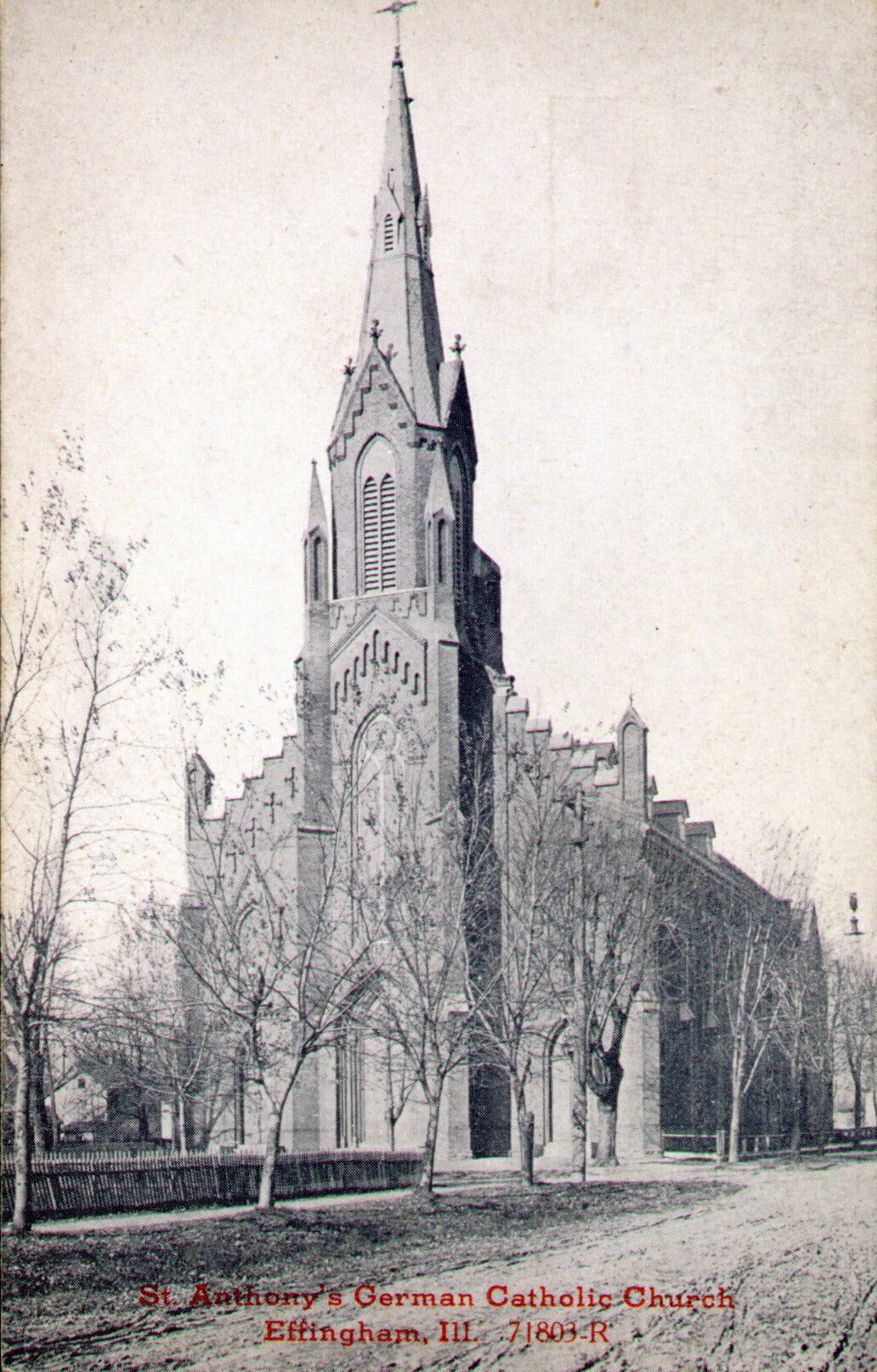 When one hears about the Gothic Revival architectural style in America from the 1830s to the 1870s, one might think of some of the grand churches of Europe such as Notre Dame Cathedral in Paris, the Cologne Cathedral in Cologne, Germany, as well as St. Anthony of Paduah in Effingham and St. Francis Catholic Churches in Teutopolis in Effingham County.

Both were designed by Caspar Nolte, a German immigrant, architect, and contractor. Catholic churches had stained glass windows to tell religious stories or honor church families. Protestant churches lacked colored glass in favor of plain, clear leaded glass. Some of the style elements include castle-like towers, parapets, and tracery windows. Some of the houses have windows, doors, and decorative element of porches, dormers, external pilasters, or roof gables which were arch shaped. Steeply pitched roofs were also common.

The Gothic Revival style began in America in the mid-nineteenth century as a part of the “picturesque” and “romantic” movement. The style was a departure from previous popular styles that were Greek or Roman influenced. The Gothic Revival and Greek Revival styles looked to the past for inspiration. Both styles remained popular until the mid-nineteenth century. Renowned architects like Alexander Jackson Davis and Alexander Johnson Downing authored three books about the Gothic style including house plans. They were Rural Residences (1837), Cottage Residences (1842), and The Architecture of Country Houses (1850). As a result of these books, the styles were appropriate design for rural settings which had complex, irregular shapes, and forms fitting well into the natural landscape. Gothic Revival first appeared in America in Philadelphia and Baltimore around 1800. It was not until the 1830s that the style became a full-blown architectural movement in New York City.

The Gothic Revival was often chosen for country homes and churches. High style buildings, mansions, prisons, and schools also used it. For many less elaborate churches there were usually rounded or pointed windows and a front facing gable with wooden trim. Some of the elements blended over into the Victorian Gothic style which was used primarily on educational college buildings. The Gothic Revival style offered an alternative to the Greek Revival style. It appealed to the “picturesque” and the “natural” a variant of Romantic Classicism which referred to the “romantic naturalism” of Jean Jacques Rousseau, a Genevan philosopher writer, and composer.

In its Gothic philosophy, architecture best attained the “picturesque” (a preoccupation with architecture and landscape in combination with each other) in the form of a spire, as in the gothic buildings like medieval cathedrals and castles. Other decorative variations included grouped chimneys, leaded glass windows, quatrefoil carvings and shaped windows (cloverleaf shaped), oriel windows protruding from the building, and asymmetrical floor plans. The Gothic Revival style eventually morphed into the Victorian which was round arched and blocky. The style also has common characteristics with the Italianate style.

If there was enough land for landscaping, its model was the “natural English Gardens” like those of Central Park in New York City designed by Frederick Law Olmstead. The Gothic Revival buildings in the park can sometimes be dated by the elaboration of eaves brackets. As the style crossed over into the Victorian style, the roof brackets and purlin extensions of the roof rafters became incorporated. After the Civil War, the brackets were often used in pairs. These decorations became known as “gingerbread”. The Abraham-Martin House in Watson, Illinois is a variant called “Hudson River Gothic” with the barge board decorations extending the full length of the gable boards. The house at 608 W. Fayette Avenue in Effingham is a variation in style called “Carpenter Gothic” which used to have the gingerbread bargeboards in the gable ends of the steeply pitched roof. The upper part of the porch also had many spindles above the railings.

The Gothic Revival in America is not without its critics. Grace Glueck in the New York Times newspaper said: “It is uncomfortable, ornate, and pretentious.” Its chairs look like thrones, and its tables and sideboards have a massive presence that can be called at best dignified. Among the wealthy people, it spoke of class and intellectual respectability while evoking the piety of medieval Christianity. The quaintness of its folksier interpretations appeal to the general public.

At a New York City exhibition titled “In Pointed Style: The Gothic Revival in America 1800-1860” in 2006, there were 75 paintings, drawings, and objects in porcelain, glass, silver, and metal. It provided viewers with a focused look at the style and had a well-researched exhibition catalog.

When the Baptist Church in Effingham was formed in 1860, its congregation numbers grew, and a new church was needed. Church officials chose the Gothic Revival style for their new church. It was completed in 1866 and has undergone several modifications. As late as the mid-1940s, the congregation again needed a new church which was built one block west of the old church.

At that time Effingham Lodge No. 149 of master masons bought and modified the old church to its needs in 1949. The interior of the Masonic Hall has additional Gothic Revival furniture with arches. The oak pedestals for the worshipful master, senior warden, and junior warden at their stations have the same Gothic arches.

Recently, Masonic Brother and Junior Warden Phil Lewis located and purchased three Gothic Revival officers’ chairs for the lodge. They were made in 1855 by the M.C. Lilley and Company, producers of military and society goods, in Columbus, Ohio. The walnut chairs are in the Gothic Revival style to match the interior furnishings of the lodge. The “gilded square” is in the quatrefoil of two of the senior and junior wardens’ chairs while the master’s chair has a “gilded compass.” These are symbols of the masonic fraternity.

Lewis donated them to the lodge to give more emphasis and importance to the three main officers of the lodge. They are in beautiful condition. Masonic brothers commented on how regal they look in the lodge. They came from the Lawrenceville Masonic Lodge in Lawrenceville, Illinois. When I asked a fellow brother there why they deaccessioned them from their lodge, they said they found a better set from a Chicago lodge. Some lodges around Illinois are ceasing operations due to low membership. When that happens, other lodges may purchase the Masonic furniture. Some sets are quite elaborate and expensive in various parts of the country. The chairs are a nice addition to Effingham Masonic Lodge No. 149.

When the State of Illinois straightens out Fayette Avenue from just west of Sacred Heart Church to Willow Street in the east, buildings on the south side of the street will be seized by law of emminent domain by the State of Illinois, and the buildings will be torn down for the project. Members of the lodge have been in discussion among themselves and other Masonic lodges in the county as to what will be done for a lodge at that point.

For more information, questions, or comments, contact Phil Lewis at 217-342-6280 or email him at wootongs@gmail.com.

Architectural Styles of America and Europe

An Introduction to Gothic Revival Architecture: The Roots of American Gothic

The American Gothic Revival is explored at Hirsch and Adler