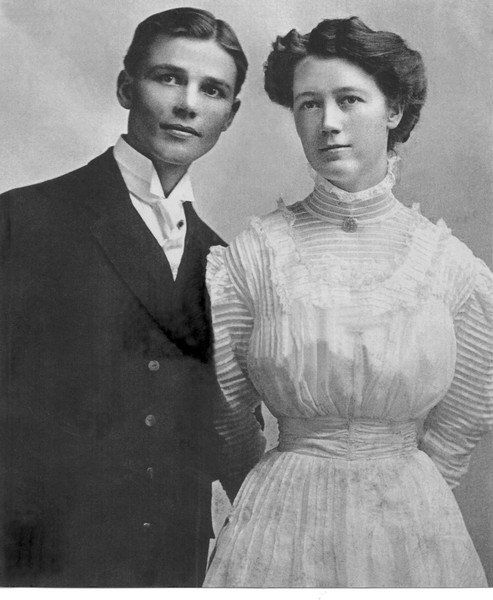 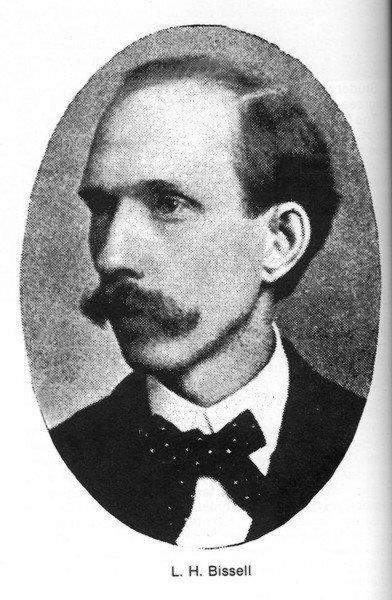 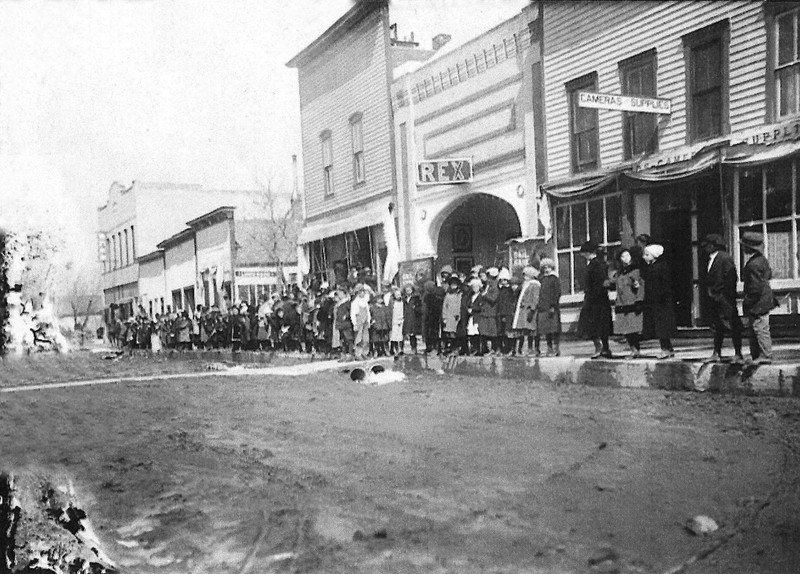 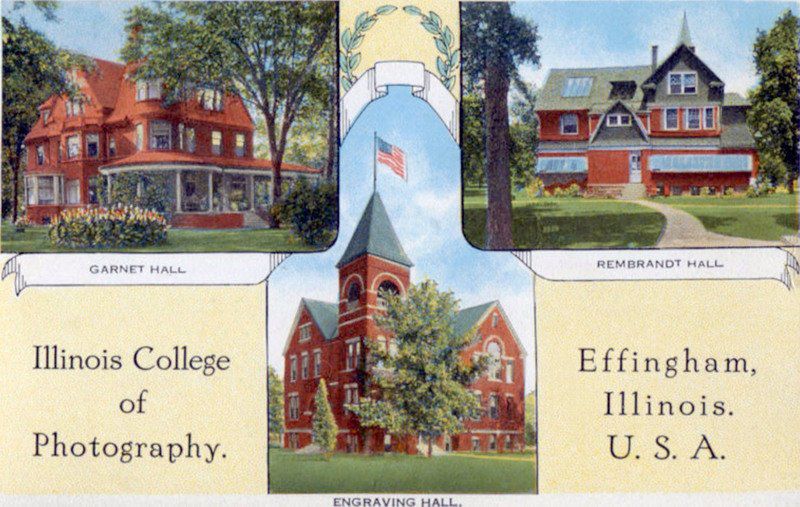 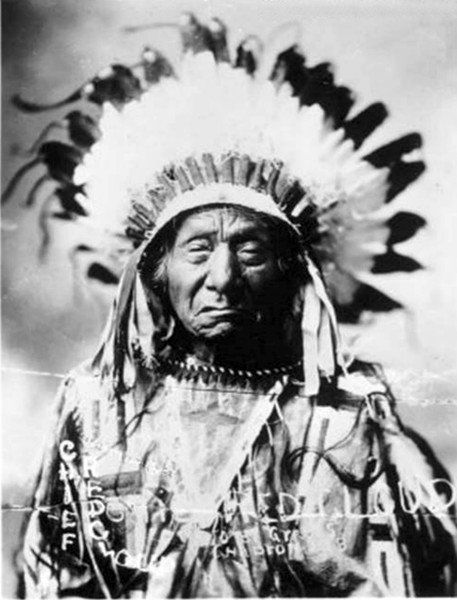 In 1909, that was a huge distance especially since cars were in their infancy and there were few "hard" roads. Back then the easiest way to travel from Chadron, Nebraska, to Effingham, Illinois, would have been by train. These two towns became linked together because of Lewis Bissell's Illinois College of Photography located in Effingham and his excellent advertising campaign.

Bissell advertised heavily in magazines and newspapers about his school, which taught photography and photo engraving. Students came from all over the United States and many came from foreign countries.

Ray Graves was born Dec. 29, 1884, in Iowa and Faye McManimie was born July 31, 1887, in Missouri. Eventually, they both ended up in Chadron, Nebraska. Graves trained as a photographer at Eastman Kodak in Rochester, New York.

I'm sure they were encouraged by the fact that Lewis Bissell thought that women definitely had a role in photography, and he actively recruited women, as well as men, to attend the Illinois College of Photography. Lewis Bissell was very progressive considering that this was at a time when women did not even have the right to vote.

Ray and Faye, in my opinion, were also very progressive in their decision to send Faye to the Illinois College of Photography that was almost 1,000 miles away from the high plains of Chadron.

Faye attended in 1909 and again in 1914. She learned many of the new techniques and was greatly influenced by Professor Felix Raymer, who taught at the college. Professor Raymer specialized in lighting, posing, composition and flash light.

After her return to Chadron in 1909, Ray and Faye had a skylight installed in their studio as this was something that Professor Raymer highly recommended.

Faye would have been met at the depot in Effingham and taken to Garnet Hall (now known as Austin Mansion). She would have taken room and board with someone in Effingham. Many people here boarded students for extra income. Her days would have been filled with classes and lots of photography. The students went all over Effingham taking pictures in studios and outside.

I can just picture Faye walking through Bliss Park or all around Effingham in search of scenes to photograph. Below are a listing of the classes that were included in the three, six or nine-month courses at the ICOP:

In Faye's 1914 session, she placed first in a photography contest held at the school. Unfortunately, I cannot find a copy of her first-place picture. Faye Graves was considered one of the most highly trained women photographers in Nebraska. In that era, it was rare for a woman to receive so much training. Ray and Faye knew that this training would help their photography business grow.

Ray and Faye Graves took many different types of pictures. Some of their pictures that draw the most interest now are the ones that document Chadron, Nebraska, and the photos they took of Native Americans.

Ray and Faye also did commercial work. It is believed that the Graves Studio was the last to photograph Chief Red Cloud. Chief Red Cloud was one of the most important leaders of the Oglala Lakota from 1868 to 1909 before his death on Dec. 19, 1909, at the age of 88.

Ray and Faye continued to grow their studio using Ray's training at Eastman Kodak in Rochester, New York, and Faye's training at the Illinois College of Photography in Effingham. Things were going well and they added studios in Crawford, Harrison, Hay Springs and Oelrichs, South Dakota. They were well known and highly respected photographers. Their photographs document life in this part of Nebraska from 1906 to 1940.

Tragedy occurred in 1919 when the pandemic of Spanish Influenza took the life of Ray Graves on March 14, 1919. He was one of 25 from the Chadron area that died from this horrible sickness.

Faye stepped away from the photography studios for several years as she grieved the loss of her husband. She returned to the studio in 1921 and continued working as a photographer until 1940 when she sold the business and retired.

Faye died Dec. 25, 1944, at the age of 57. Both Ray and Faye Graves are buried at Greenwood Cemetery in Chadron, Nebraska.

Learning about the Connection to Effingham

How did we learn about this connection? Last Fall I received an email from Frank "Arkie" Snocker from Nebraska. He was searching for information about the Illinois College of Photography. Arkie had been involved with the glass negatives from Ray and Faye Graves' studio for many years.

Arkie started researching Ray and Faye Graves and the glass negatives as part of a research project for Dr. Allen Shepherd, a faculty member at Chadron State College. They did an exhibit of enlargements of some of Ray and Faye's work in 1977. Another exhibit featuring their work was done in 2004 by Shepherd.

In 2018, Chadron State College decided to once again feature the glass negatives of Ray and Faye Graves. They planned to open a display in January of 2019 to commemorate the 100th anniversary of Ray Graves' death and continue it through March to also honor Faye Graves during Women's History Month.

Once it was decided to hold this exhibit in the Mari Sandoz Heritage Center at Chadron State College, Snocker got busy again, this time researching the Illinois College of Photography in Effingham to learn about the school where Faye attended. He came across an article I had written for the museum and contacted me. I directed him to Jeff Long (Editor of the Effingham Daily News) and local historians Delaine Donaldson and Phil Lewis.

Delaine, Phil and I started sending our research to Snocker as he developed the story of Faye's time at the Illinois College of Photography. Snocker is an enthusiastic and thorough researcher and I learned as much from him as he learned from us. The display at Chadron State College ends on March 29. I really wish that I could attend, but thanks to Snocker I received lots of pictures and articles about it.

On Thursday, March 28, we will present a lecture about Ray and Faye Graves and their connection to Effingham, as well as a PowerPoint on the history of the Illinois College of Photography. We are really excited to be partnering with Billi Jansen from Austin Mansion so that the lecture will be held in the only remaining building from the Illinois College of Photography. When Faye attended school there, this building was known as Garnet Hall and was the main building of the campus.

We are offering this lecture at 2 p.m. and again at 7 p.m. at Austin Mansion. Austin Mansion is located at the corner of Fourth and Wabash in Effingham. Seating and parking are limited so make plans to carpool if you wish to attend. If you want to be sure to have a seat reserved, call or email me. My contact information will be at the end of this article.

After several hundred emails with Snocker, I can say that I have met a kindred spirit. All those involved with the exhibit in Chadron are just as passionate about preserving and sharing their history as we are here in Effingham County.

After researching Ray and Faye Graves, I know that they were important partners in telling the story of Chadron, Nebraska, and that their connection to Effingham was very important to their success as photographers.

Come and learn more about this couple and the Illinois College of Photography. Ray and Faye Graves are two people that I sure wish I could have met. They told the story of their area of Nebraska one picture at a time.

April will be a busy month at the museum. We will be doing a series of lectures about the St. Anthony Hospital fire in April of 1949, as well as our annual Abraham Lincoln event and a special salute to all who served in the military in the 1950s. These lectures will all be held at the Effingham County Museum.

The lectures are as follows:

• Tuesday, April 16, 7 p.m. — Annual Lincoln Day Program (with Lake Land College). Note that this is on a Tuesday due to the fact that Thursday that week is Holy Thursday.

I'm still collecting pictures of those who served in the military as well as school pictures and photos from around Effingham County. Because of all of you, we have a lot of great pictures at the museum. At the Effingham County Museum, we take our job of telling the story of Effingham County very seriously. It is our desire to preserve our history and tell our county's story one picture, one person, and one place at a time.