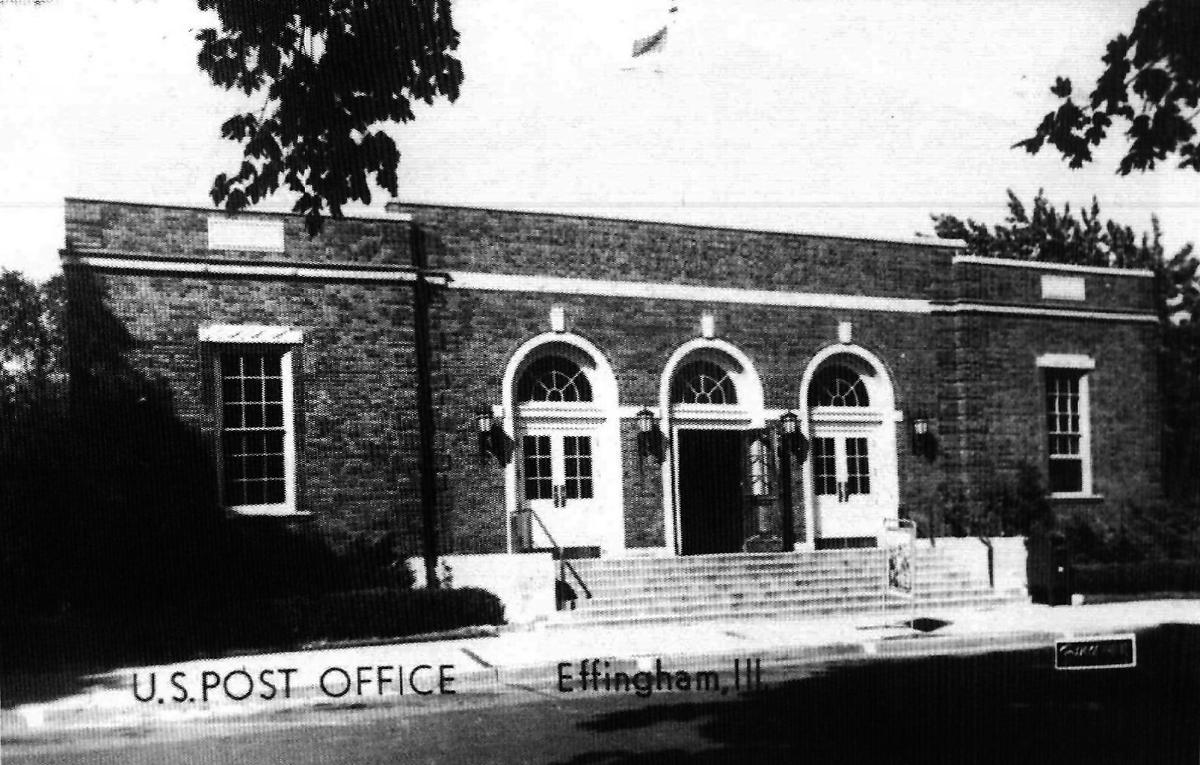 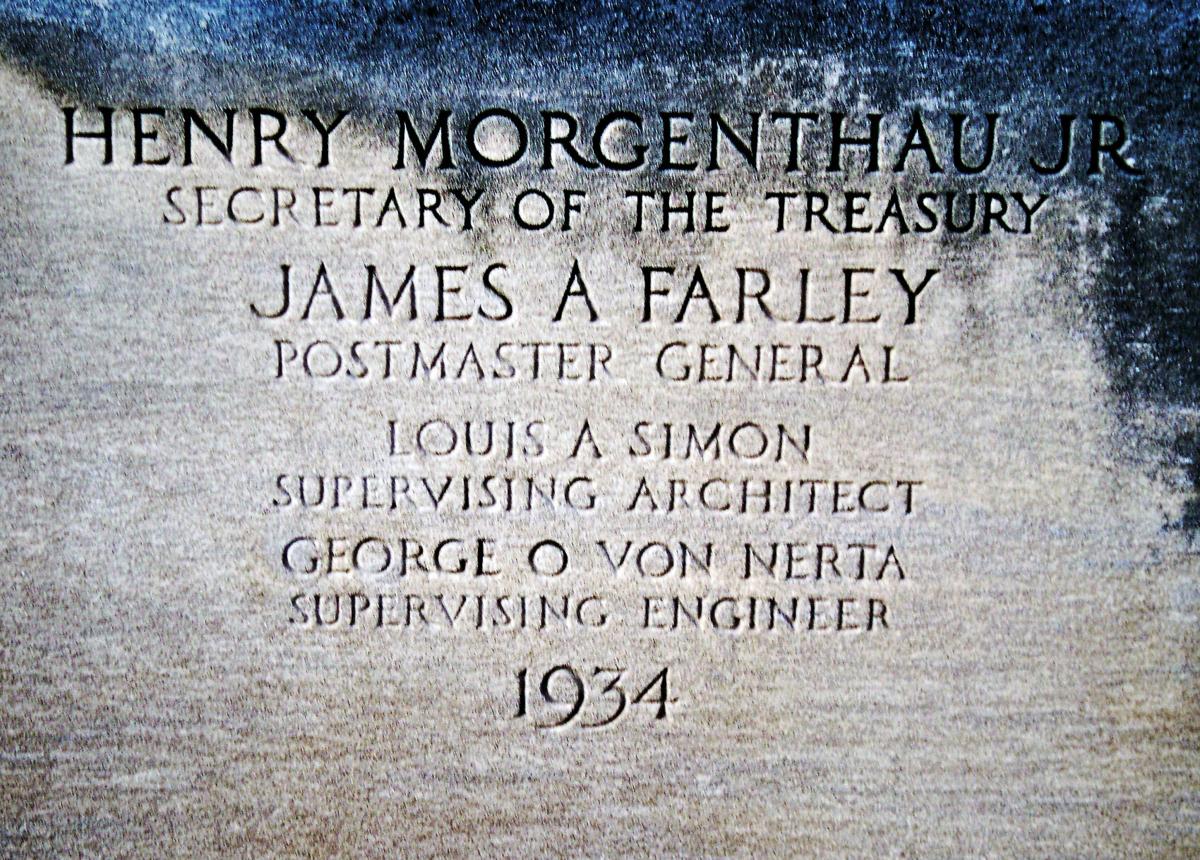 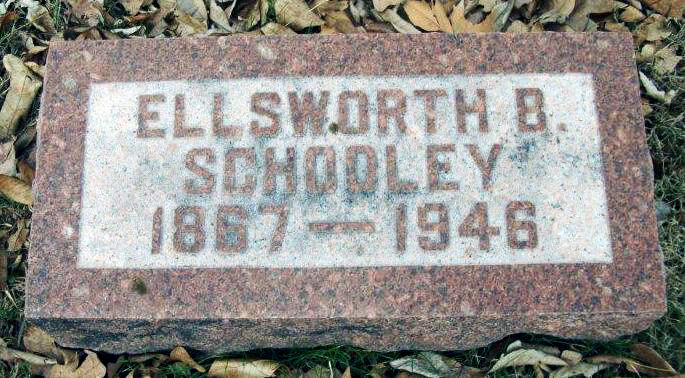 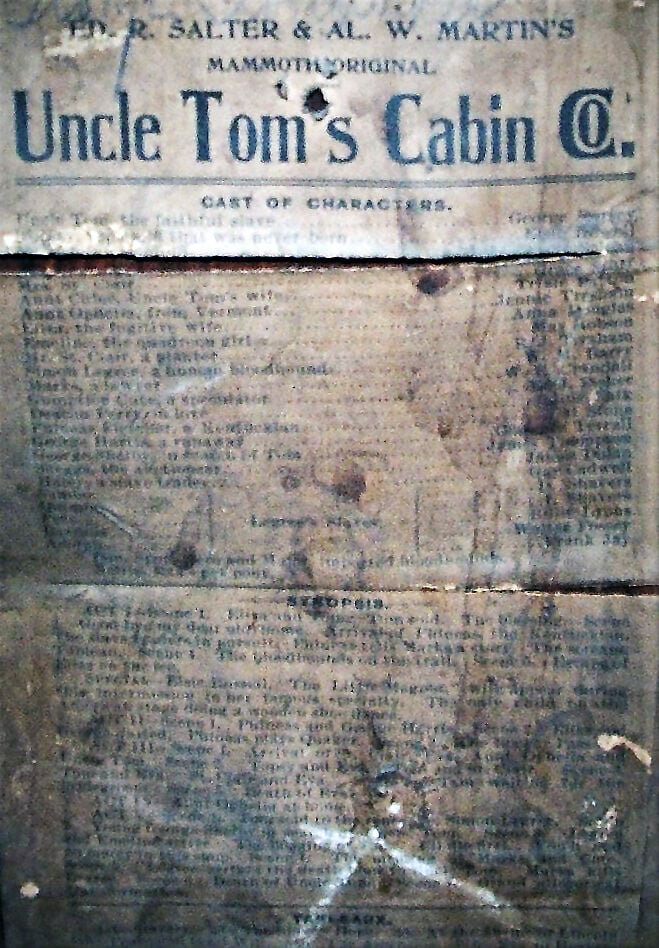 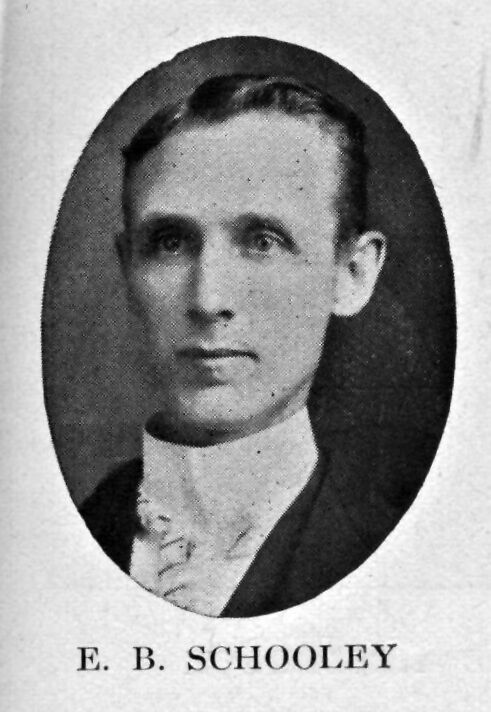 Effingham County has a reputation as a “good place to raise a family.”

That view has been around for many, many decades, in fact, from shortly after the first settlers came into the area.

What accounts for this trait that continues to attract newcomers to this part of Illinois?

Three critical factors are strong religious faith, strong families, and schools based on traditional values curriculum. Those items will produce individuals whose lives reflect a devotion to being good citizens and effective servants of the people. A classic example of such was the life of Ellsworth B. Schooley.

On September 28, 1867, just two years after the American Civil War, Ellsworth B. Schooley, was born to Captain F.B. Schooley and his wife, Pauline, nee Thompson, in their country home near Watson, Illinois. The couple had married August 11, 1866. She died in June 1875. His father, Fideles B. (Bristow) Schooley, had served in Company G, 11th Illinois Infantry, then in Company D, 54th Illinois, being involved in numerous battles and skirmishes. He also was a prisoner of war. E.B.’s great-grandfather, William Schooley, was a pioneer preacher in the Christian Church.

E.B., after finishing his education, became a teacher, a job which he held for 12 years. He was highly regarded. His first school was at Loy Prairie, three miles south of Effingham, then at Salt Creek, then at Blue Point.

That first teaching assignment provided the young school teacher with an experience, which he regarded as a “high point” in his life. The focus of the story, which he told through the years, concerned him being in the audience for a showing of the play, “Uncle Tom’s Cabin.”

After the school day finished, Schooley walked 3 1/2 miles to Watson, so he could catch a local freight train to Effingham. Unfortunately for him, he did not arrive at the time necessary to board the train, so instead of arriving by rail, he had to walk to Effingham, getting there just in time for the performance.

After enjoying the presentation, he caught a 3 a.m. train for Watson, from which location he walked to his school. Although he got no sleep at all, he taught his students as on any other day. Schooley always emphasized that the trip and its aftermath were well worth the loss of sleep.

All his early teaching assignments were at country schools, but then he entered village teaching, first at Watson for a two-year career there. In addition to his teaching assignment, Schooley also was a part-time barber, cutting hair and shaving the men of Watson in a small room at his father’s combination home and country store.

When E.B. was hired to teach at East Side School in Effingham, a school of which he became principal, he no longer barbered, but studied law under a prominent local attorney, Abe Loy. During the summer, he attended Austin College.

On March 15, 1898, the teaching career came to an end because Schooley had taken a job at the Effingham Post Office. The next day, he began an occupation which lasted for decades.

That immediate assumption of postal duties was not what he had planned. He wanted to take two weeks off so he could get married; however, that was not possible since the post office wanted him to begin work at once. So, on March 22, he was given a day and a half from his work to marry Viola Hasbrouck, daughter of a former mayor of Mattoon.

His new job prevented much travel outside of the Effingham city limits. During the first four years, he had a seven-day work week at a pay of $10 a week. In fact, he left the town only three times in two years: once to drive to Watson to a cousin’s funeral and twice to visit a nephew in East St. Louis, a person who had suffered injuries in a train wreck.

Even with that time-consuming work schedule, E.B. Schooley still found ways to be of service to Effingham-area people in situations outside of government service. Shortly before he started his post office work, he became an ordained evangelist in the Christian Church. In that role, he preached at many churches. In fact, he preached from every Protestant pulpit in the town. He also served as a church elder.

In addition to the above roles, E.B. was president of the Effingham County Sunday School Association for 15 years. In that capacity in 1902, he arranged for a series of “normal institutes”, i.e., teacher training meetings, to be held in early December in Beecher City, Dieterich, Effingham and Mason. Through the years, he addressed State Sunday School conventions in a number of cities in Illinois, including Decatur, Elgin and Kankakee.

His involvement in the Sunday School movement continued in the 1920s. When a large convention was held in the park in Stewardson in June of 1923, E.B. spoke on the topic, “Winning young people for Sunday School.”

Other community religious activities included participating in special memorial services held at the Austin Opera House in February 1924, when former President Woodrow Wilson died. The affair was under the auspices of the American Legion Post 120, assisted by the Masons, Knights of Columbus, the Odd Fellows, the Elks, the Auxiliary of the Legion, the GAR, and Woman’s Relief Corps. There were patriotic songs and addresses that paid tribute to Wilson. The content of the speeches was that “the country had lost one of its most distinguished citizens and one of the greatest men whose ideals will live in the hearts of humanity as long as time shall endure.” After the playing of taps, the benediction was by E.B. Schooley.

Ellsworth B. Schooley also officiated at area funeral services during the 1920s, as well as marriages. Many of the funerals in which the evangelist participated were ones for veterans, such as the 1928 services for Oscar Alt, a World War I soldier who had served under Captain Albert Gravenhorst in Effingham’s Company G. Another was for Henry Nash, a Civil War veteran.

A religious-related crusade, the Prohibition Movement, was another cause dear to Schooley’s life. He originated the first petition presented to the Effingham City Council regarding a public vote on local option. Initially, the council refused to consider a vote, but when one eventually was held it opened the door to a later victory leading to Effingham’s removal of saloons.

In the aftermath of success, E.B. prophesied that wherever there was a saloon in Effingham’s business district, there would be another type of business to take its place. His prophesy was fulfilled when the Benwood Hotel was built where a saloon had been, a bank replaced another saloon, a drug store took the place of another tavern.

Another public service dear to the former school teacher was the local educational system. During the World War I era, for four years he was the secretary of the Effingham Board of Education. In May of 1930, this devotion to local schools united with his ministerial skills when E.B. delivered the baccalaureate sermon at Edgewood High School.

E.B. also had a talent for writing, which he displayed on different occasions. In 1912, for instance, for the Old Settlers’ Reunion that year, he wrote an excellent article entitled “The Religious Life of the Early Settler,” for presentation at the annual event. E.B. used the life experiences of his great-grandfather, for much of the content in his address to the audience gathered on the Effingham County Courthouse grounds, September 7, 1912.

Another example of E.B.’s writing skills was demonstrated in the November 15, 1933, edition of the Effingham County Review, when he wrote “40 Year History of the Christian Church in the City of Effingham.” He presented this article as the principal address of the celebration of the Christian Church on Sunday, November 12. At that same event, he was part of a mixed quartet composed of “Mrs. Nadine Funk, Mrs. A.T. Colburn, Andrew Mikita and E.B. Schooley.”

In similar fashion, on April 3, 1935, as part of the dedication of the newly constructed Effingham Post Office, E.B. Schooley’s article “History of Effingham Post Office” appeared in the County Review newspaper. This history was also included in the memory capsule placed in the cornerstone of the building.

Writer Schooley also served for many years as a correspondent for Chicago, St. Louis and Terre Haute newspapers. In his latter years, he worked for the Bement Register.

E.B. Schooley also was involved in local lodge activities, being a member of the Masonic Lodge, serving as scribe of the Ben Hur Lodge in Effingham.

When a Decatur, Illinois, newspaper in 1928 ran a special story about Schooley’s 30th anniversary “in the service of Uncle Sam,” describing his years of working for the United States Postal Service, it related the story of his devotion to his family: “For the past two years Mr. Schooley has been without a home, while his family is at Champaign, where the children are being educated. He makes weekend trips to Champaign to see his wife and children, but is sacrificing his home life that his ‘kiddies’ may receive the proper schooling.” In whatever he did, he put other people first. When Schooley retired, he had been employed by the post office for 35 years.

Mr. Schooley died on February 10, 1946, in Champaign, Illinois, at the Dunn Convalescent Home. His funeral was conducted by Minister Turis Davis at the Effingham Christian Church, with burial at Oak Ridge Cemetery. Thus ended the life of a public servant who embodied the best of role models for devotion to family, faith and community.

The Effingham County Museum has a role of making sure stories, such as those related to the life of E.B. Schooley, are told and kept alive as part of the rich heritage of this county, stories which make the county a great place to live.