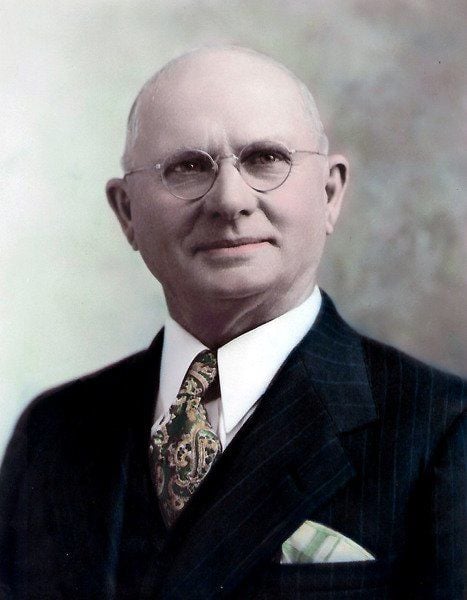 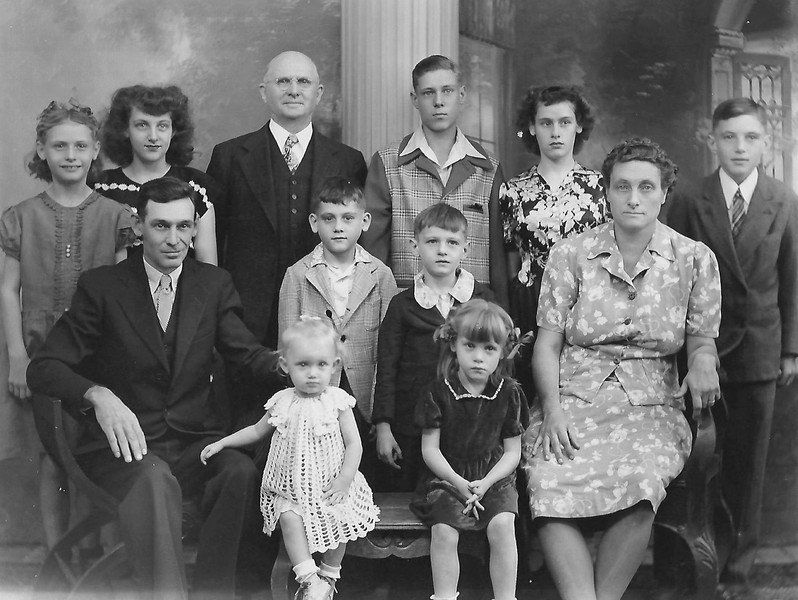 Dr. Lorton delivered all of the Bivens family children. 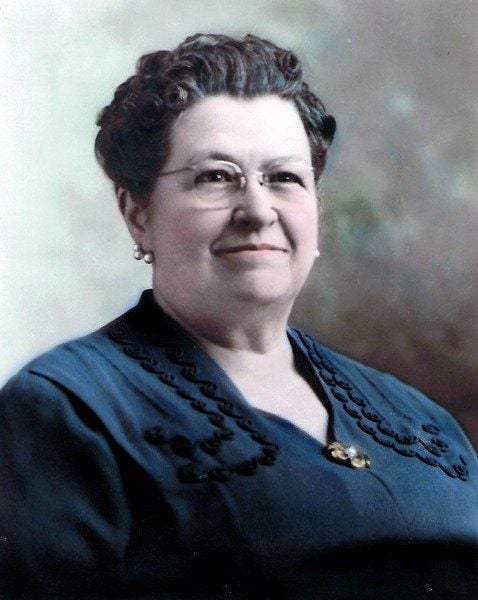 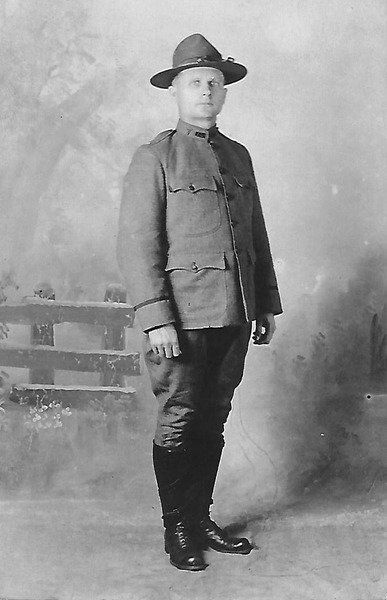 Dr. Lorton during World War I. 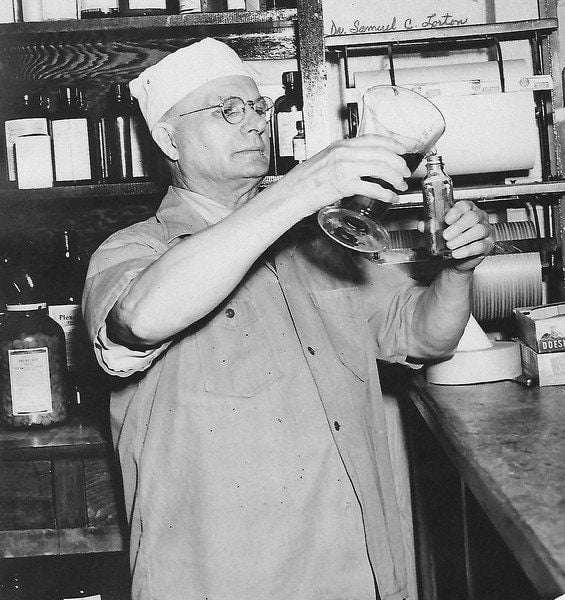 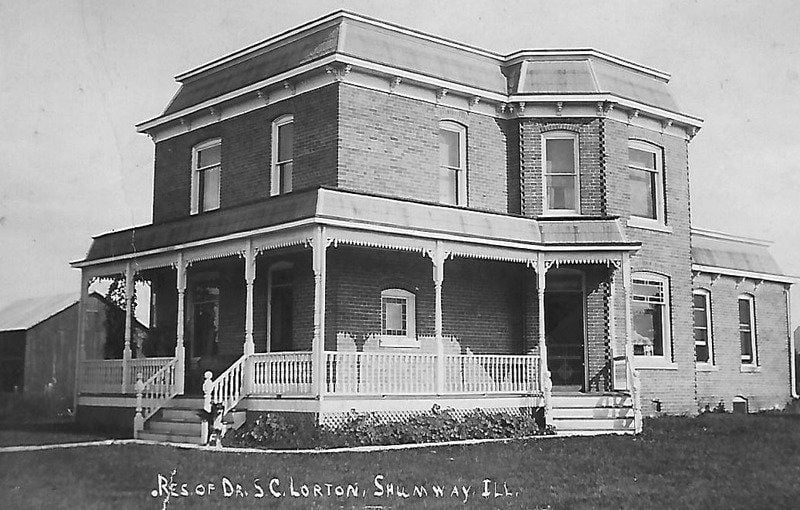 Home of Dr. Samuel and Evea Lorton in Shumway.

Dr. Lorton delivered all of the Bivens family children.

Dr. Lorton during World War I.

Home of Dr. Samuel and Evea Lorton in Shumway.

The work ethic of our local 20th century country doctors is a distant memory that deserves delayed recognition.

Samuel Clifford Lorton, medical doctor and turn-of-the-century graduate of Barnes Medical School, is one example of this small group of dedicated men. Dr. Lorton served the families of Shumway and surrounding communities for more than half a century.

Samuel Clifford Lorton was born on April 23, 1879, in Fayette County's Loudon Township. Loudon is situated in the far northeast corner of Fayette, and is primary an agricultural area. His parents were James and Josephine Hotz Lorton. His mother died before he turned 4. Lorton grew up on the family's home place, and learned his letters and numbers at a nearby district grade school.

After working on his father's farm, he attended Austin College in Effingham. Returning to his roots, he taught school from 1900 until he entered medical college in St. Louis in 1902. During those four years of training, he worked with several physicians over term breaks and vacations. Effingham surgeon Dr. F. Buckmaster was one of his mentors, and Dr. W.S. Jones from Edgar County was another.

After licensure, he was associated with Jones for a short while, but left to work independently in Shumway in November of 1906. About a year later, he married and started a family there. The general practice he set up endured until he officially retired in 1956.

Samuel Lorton was united in marriage to Evea D. Snoddy on June 12, 1907, in Redmon, Illinois. Miss Snoddy was about three years his junior, and was originally from Coal Creek, Indiana. Her parents were Elmer Owen and Mary Elizabeth Truman Snoddy of Redmon. The Lortons went on to have two children, Roland C. Lorton and Wanda Lee Lorton Walton, as well as five grandchildren.

Lorton's professional life was interrupted by World War I. He registered for the draft on Sept. 12, 1918, when he was 39 years old. Lorton served with the 322nd Sanitary Train of the 97th Division. A "train" referred to a unit supporting an entire division. It was made up of an ambulance section, a field hospital section, camp infirmaries, and a medical supply unit. On Dec. 9, 1918, Samuel Lorton was discharged as a First Lieutenant.

After being released from active duty, Lorton re-established his medical practice. Drugs and supplies were acquired by mail order. A typical order was shipped to him from Pitman Pharmaceuticals in Indianapolis by way of the Altamont and Wabash Railroad. Among other things, he was billed $0.30 for 36 inches of 5 percent iodoform gauze, and $4.80 for a gallon of Elixir Sedative Expectorant.

Physicians of that era were required to stock up on common medicines and pills to prescribe for their patients, as there were no modern pharmacies. Bulk liquid medicine was rebottled and dispensed to patients in small corked containers.

The early 20th century country doctor carried to the patient's bedside most of what he had to offer as medical treatment. Lorton's medical bag, with its well-worn stethoscope and pill bottle clips, is part of a new exhibit in Gallery 4 at the Effingham County Courthouse Museum. The stethoscope is a very basic bell type, as the bell-diaphragm combination stethoscope was not yet available.

When it came to diagnostics, Lorton could analyze body substances by viewing them on slides he prepared for his microscope, which is also part of the new exhibit. At the time he started practicing, country doctors did basic lab work in their own office, because centralized lab services were unavailable in rural areas.

Lorton held office hours on a regular basis, but he could be called away at times. For years, he tracked the number of babies he helped enter the world. For some families, that process continued over many years. He genuinely cared about his patients, and posed for group pictures with large families whose children he had delivered.

Transportation was always a challenge. Early on, he made house calls on horseback; later, he used a buggy with two horses. After motorized vehicles were common, a car and driver took him where he needed to go at any time day or night, and in all weather conditions.

A solo rural practitioner had little spare time. Nevertheless, Lorton was active in professional and social affairs. He was a member of the local medical society, the Illinois Medical Association, and the American Medical Association.

A lifelong Freemason, he joined in 1904 as a medical student, and continued that association through Beecher City's Lodge No. 665. Lorton also valued the National Geographic Society, and started collecting their bound volumes in 1905. He enjoyed woodworking and horses, and for many years, he raised stock, including pigs and chickens.

Lorton loved being with his family, and treasured the many visits from children and grandchildren over the years. He especially enjoyed their musical gifts, and always requested his favorite song, “Wagon Wheels.”

Samuel Clifford Lorton retired from active practice after serving his community for 50 years. He was formally recognized by the Effingham Medical Society and the people of Shumway. Lorton died on Nov. 12, 1956. He rests with Mrs. Lorton in the Beecher City Cemetery.