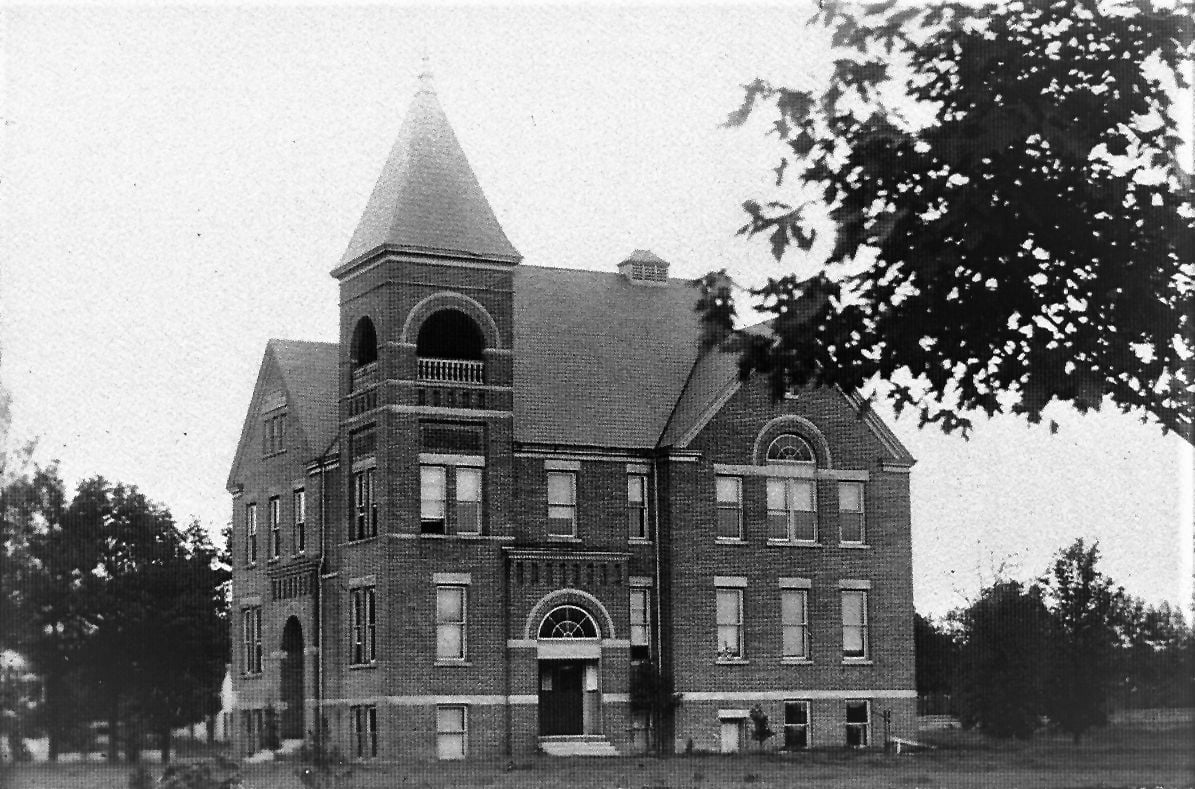 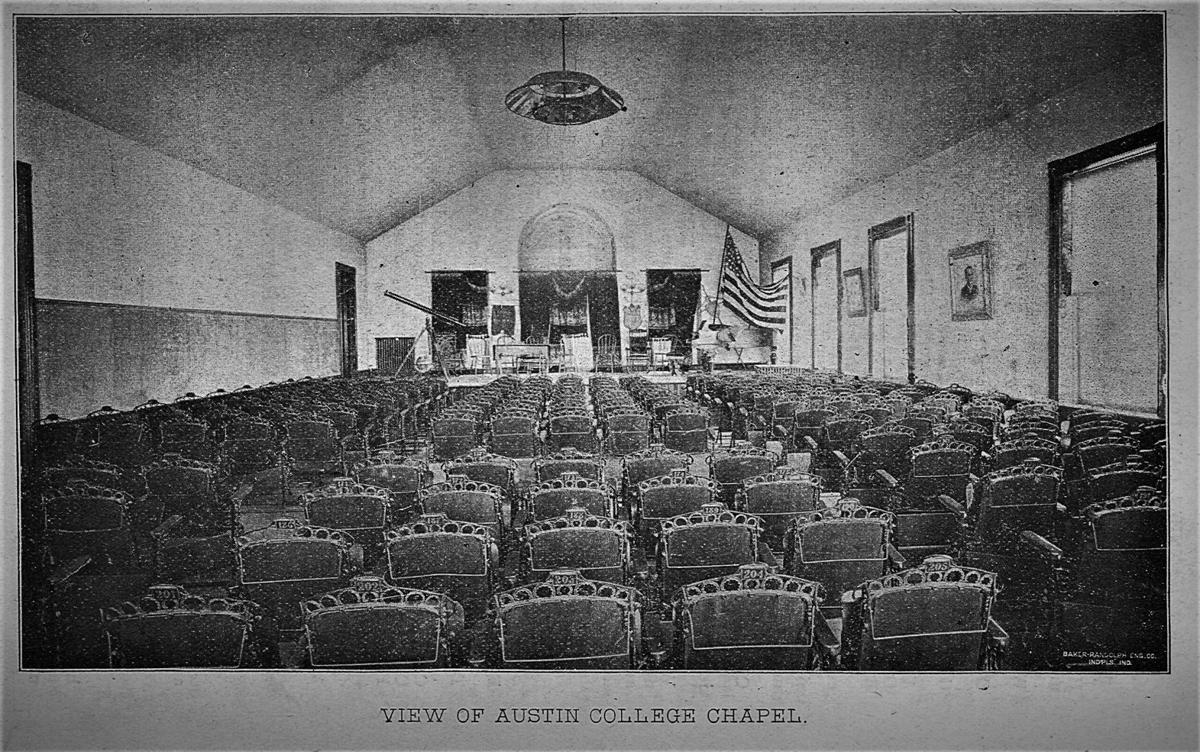 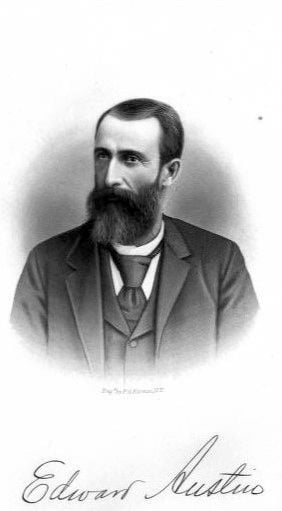 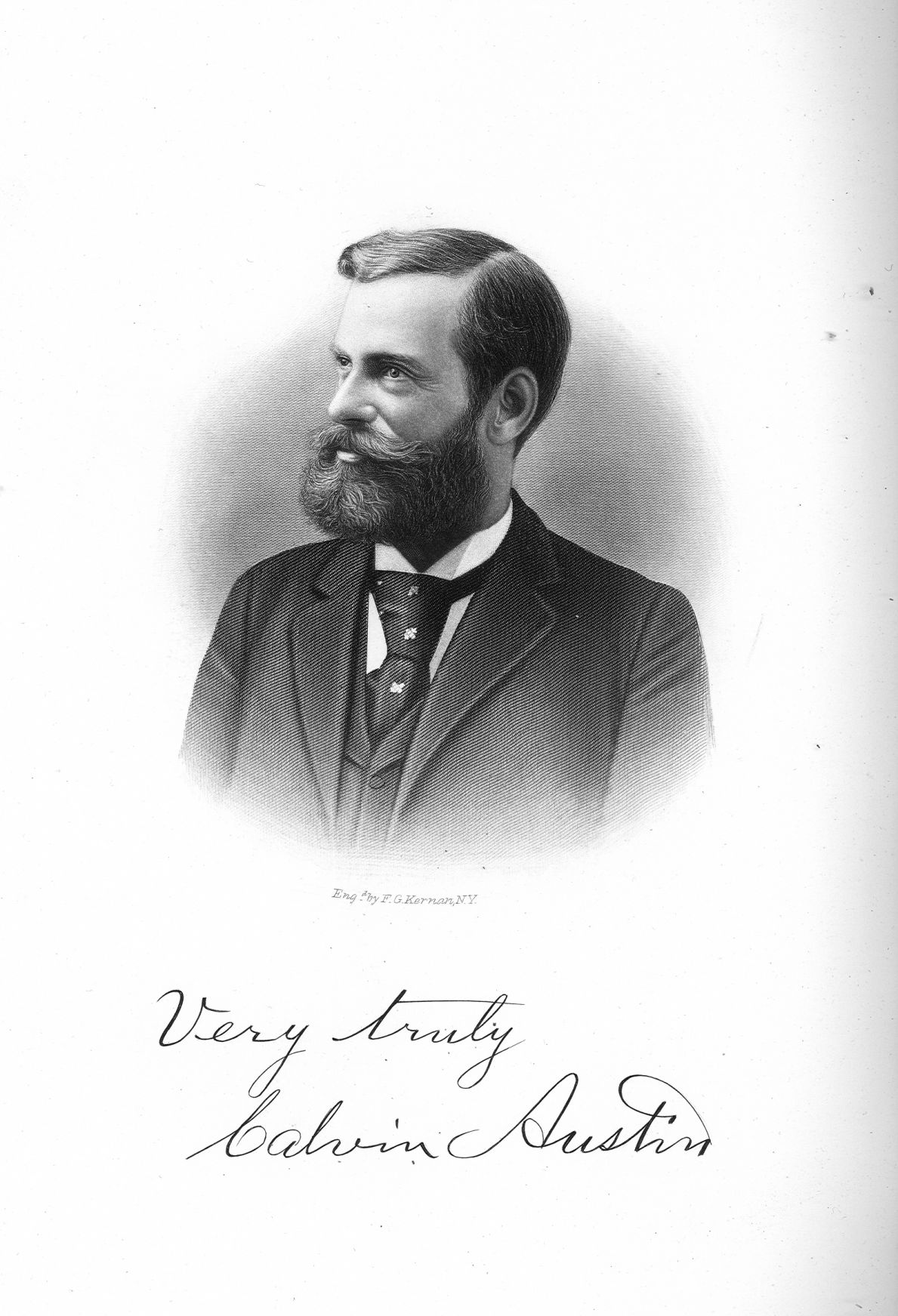 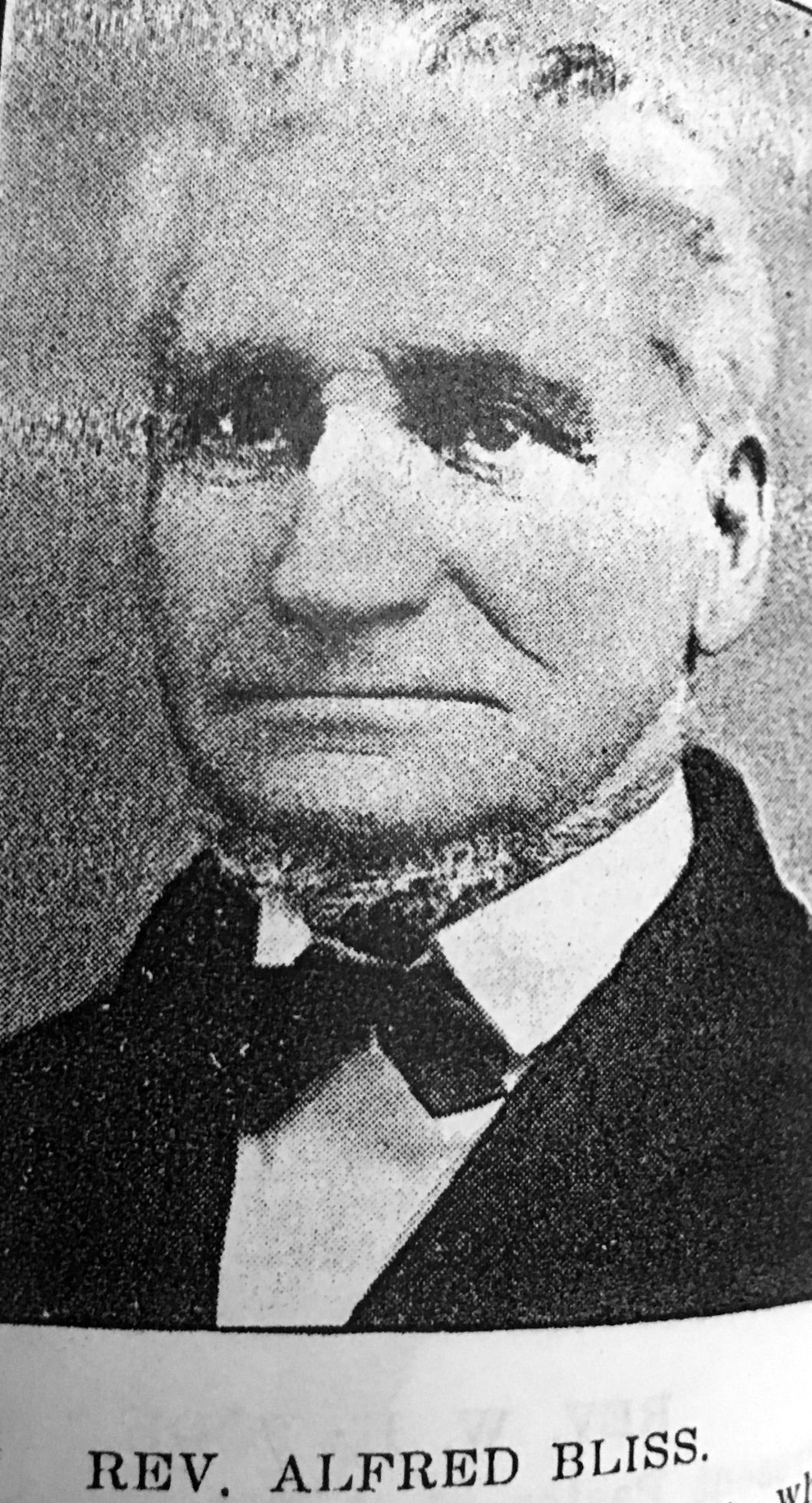 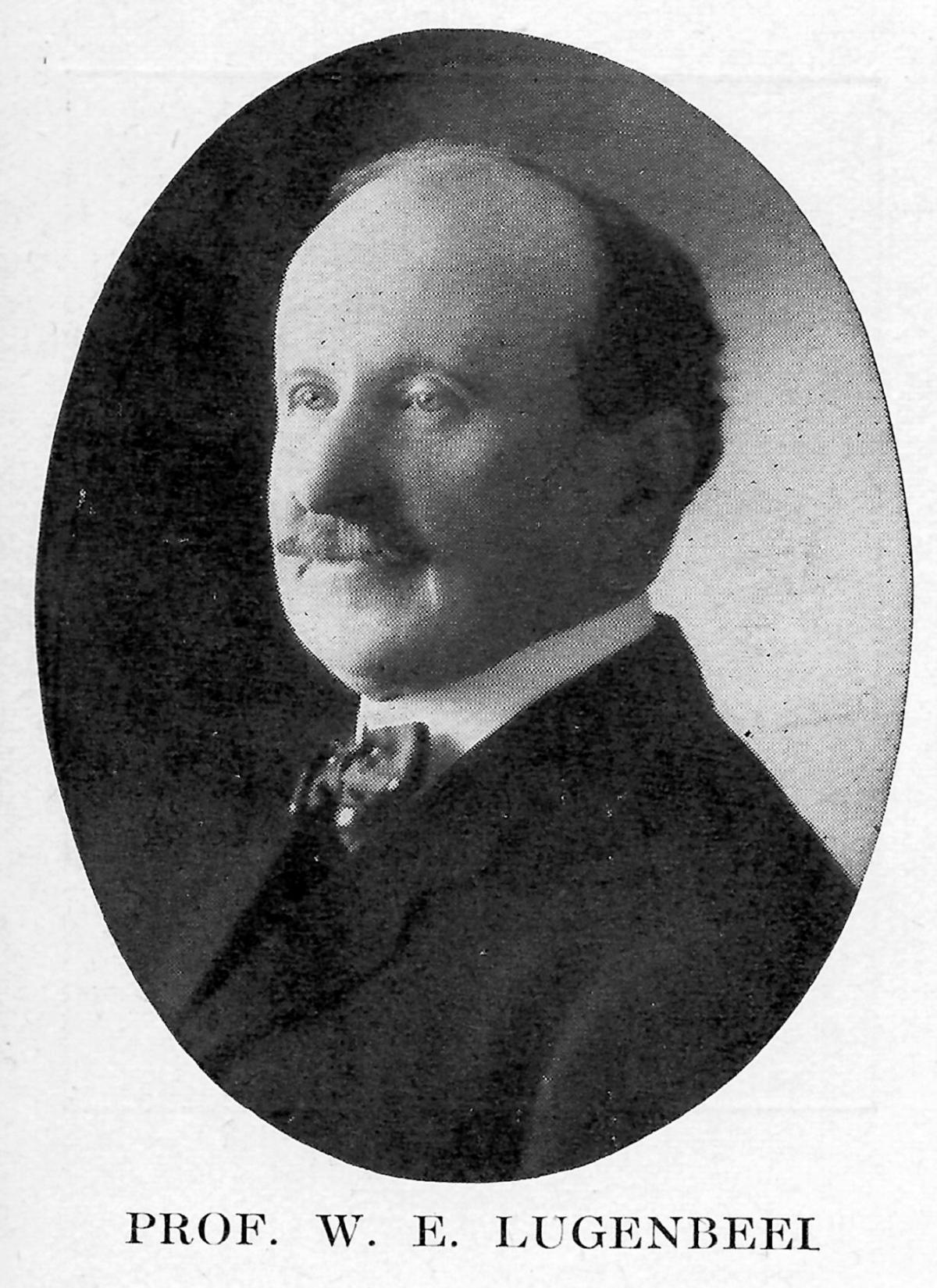 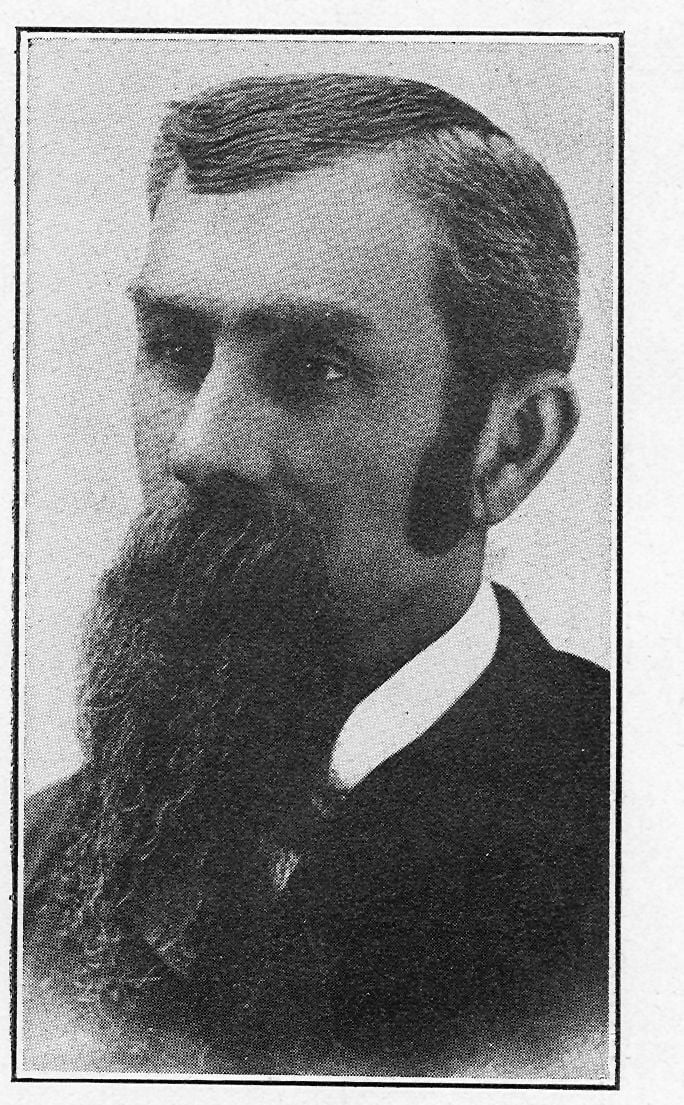 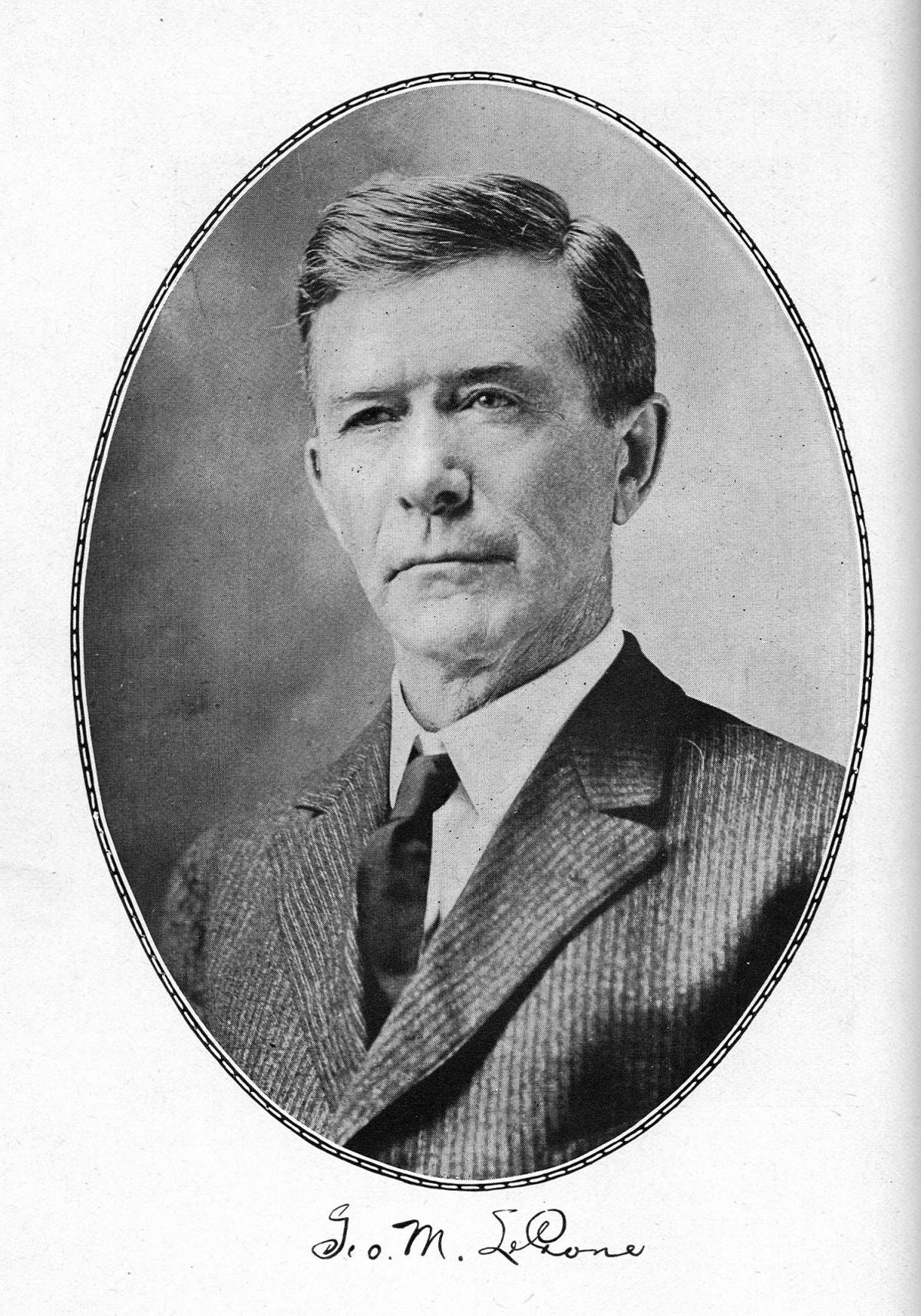 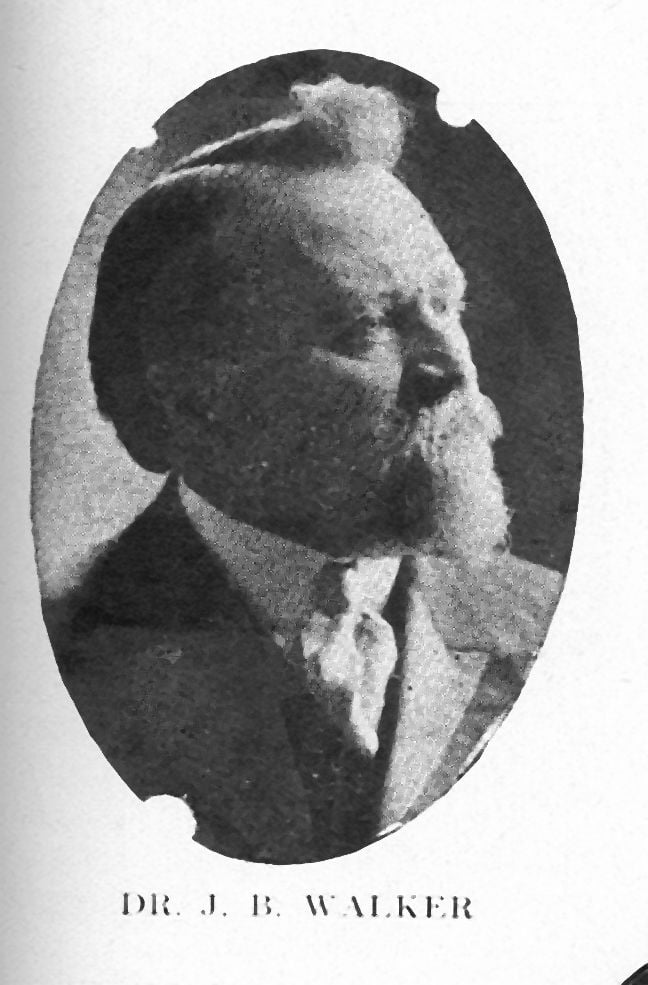 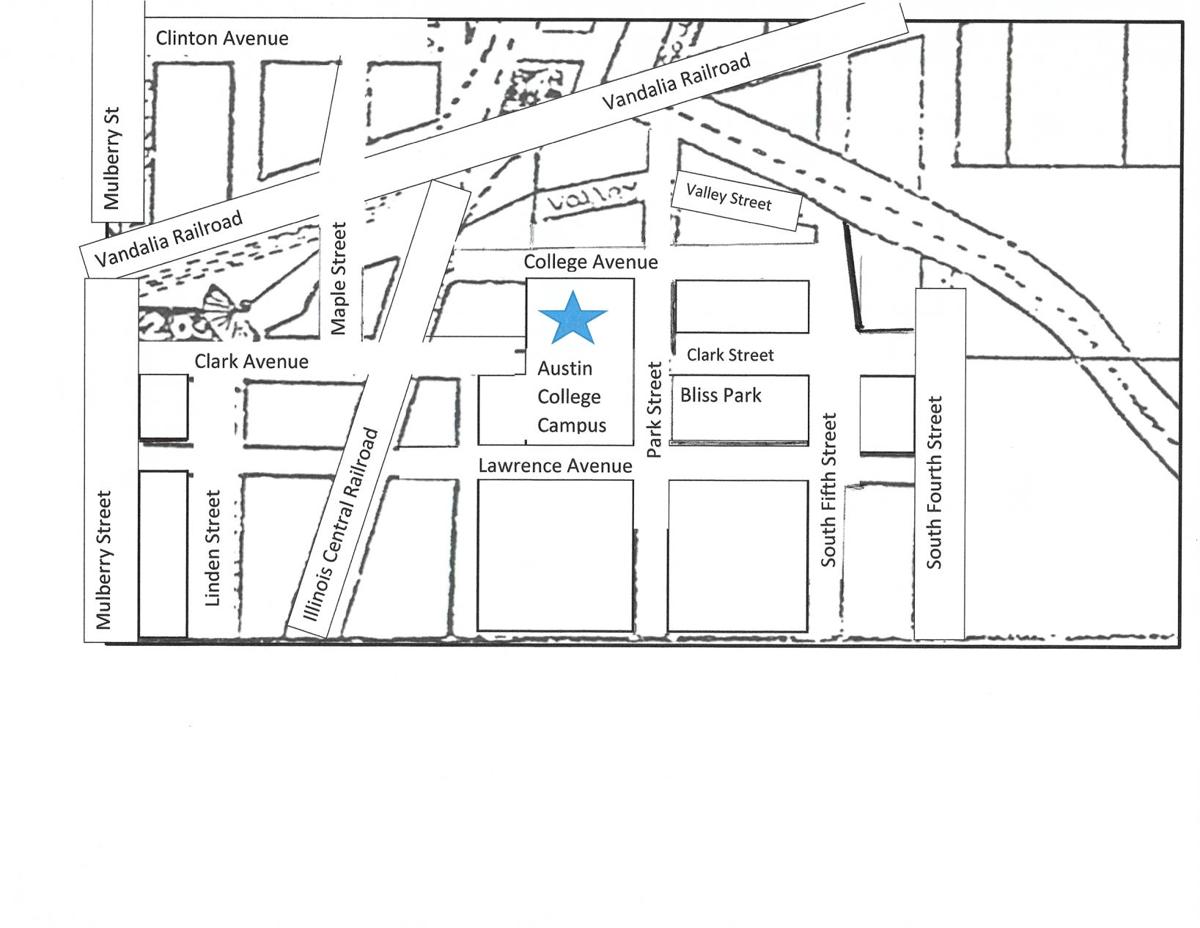 Adapted from 1894 city map is the Austin College location.

Adapted from 1894 city map is the Austin College location.

Effingham County always has had more than its share of visionaries; people who can see beyond “what is” to “what can be;” people who recognize the magic of “thinking big.”

That trait was well described in a booklet prepared for the celebration of the City of Effingham’s 50th Anniversary when the editor at the time wrote about the town being a “Commercial, Industrial and Educational Center.”

In that booklet also, Mrs. Linda Loy expressed so well both the history and spirit of Effingham, Illinois. In a lengthy poem, she wrote about the Native American name “Wehunka” being the early name for the village along National Road; then she related: “Wehunka changed to Broughton, ...and in two short years re-christened, ... Effingham its stately name.”

She also wrote about “the march of progress” and about “hope,” two characteristics which were so very prominent in the county’s history. These traits were evident in population growth, which the town experienced. At its birth, in 1860, when it became the county seat, there were approximately 200 people living in the Effingham; 10 years later, there were 2,383; by 1880, 3,065; by 1890, 3,260. But a better example of the union of the two traits is found in the story of Effingham’s first venture into higher education: the establishment of Austin College.

According to local lore, the college had its beginning this way: “On a sunny afternoon in 1889, four men met on an old wooden bridge which spanned the classic stream of ‘Stink Run.’” In discussing the future of their city, they focused on the idea that “a college is the greatest moral, intellectual and financial enterprise that any town can secure.” They asked, “Why cannot Effingham have a college?”

Seeing no valid reason why their city should not become the “Athens of Southern and Central Illinois,” these visionaries immediately began working toward that goal. The quartet, composed of Professor W.H. Dietz, Dr. J.B. Walker, L.H. Bissell and Phil Crooker, found additional allies in R.B. Truesdale and George M. LeCrone. Together that began a movement resulting in the establishment of an institution of higher learning. Fulfillment of that vision required much capital, a location for the campus, a building, educators and students.

Public meetings resulted in great interest among others in the town. Especially important in gathering support was a meeting at the courthouse during which the Rev. Alfred Bliss delivered an enthusiastic speech supporting the college issue. The dream created by four men became the dream of the whole community.

By January, there were directors who met weekly, doing a vast amount of quiet work, including selecting officers: the Rev. A. Bliss became the president; E. Austin, the vice president; G.M. LeCrone, secretary; and J. Partridge Sr., treasurer. L.H. Bissell and E. Austin became a committee to confer with architects regarding potential designs.

Next came the very practical step of raising money by offering subscription books to donors. Within just a few days, the necessary investment was raised for the construction of the college building, along with money to provide state-of-art equipment. While board members contributed large sums to provide for the needs of the college, other major contributors included Calvin Austin and Mrs. N.B. White.

A major legal matter had to be accomplished: The institution needed to be incorporated. That process took place on Jan. 4, 1890, under the name of Effingham Collegiate Institute and Conservatory of Music. The commissioners for that incorporation were the familiar names of E. Austin, Rev. A. Bliss, L H. Bissell and Phil Crooker, with the additional name of S.G. Barbee. Most of these became the first Board of College: the Rev. Alfred Bliss, president; Edward Austin, vice president; S.G. Barbee; L.H. Bissell; Dr. J.B. Walker; Phil E. Crooker; S. . Gilmore; E.N. Rinehart; and A.W. LeCrone.

The location for the college was a four-acre plot in the Bliss Park Addition, an area bounded by College, Park and Lawrence Avenues, donated by Nellie Bliss White. This addition had been developed starting in 1881 by the Rev. Alfred Bliss and his son-in-law, John C. White, attorney.

After retiring as a Methodist circuit rider, Bliss was a land developer of considerable talent who saw that the land south of the Vandalia railroad, property popularly called the “what needs growth” area had great potential. There was only one house on it. The reverend told his son-in-law to find the owners of the property, buy them out, and get clear title to the land. The preacher was willing to furnish the money and then divide the property with his son-in-law. After this was accomplished, they platted the ground and set aside a portion as a park for the city in 1885. John died in 1888, leaving his widow, Nellie to continue the land development project with her father.

Due to the monetary generosity of the Austins, the college was renamed Austin College and Normal Institute shortly after the charter was granted. With that change, a new Board of Directors was set in place consisting of Edward Austin, President; Dr. J.B. Walker, Vice-President; G.M. LeCrone, Secretary; Joseph Partridge Sr., Treasurer, Mrs. Nellie B. White, Phil E. Crooker, L.H. Bissell, A.W. LeCrone and E.N. Rinehart. Under the auspices of this board, the building was completed and equipped, the faculty employed, and the classwork commenced.

The Oct. 22, 1890, laying of the cornerstone of the beautiful structure was an impressive ceremony conducted by the Masonic fraternity, led by grand master Owen Scott, of Bloomington, Illinois. Hon. Richard Edwards, of Springfield, delivered a major oration for the citizens of Effingham and representatives from all portions of Southern Illinois. Most business in the city was suspended with a vast throng being present on the occasion. Some 2,000 or 3,000 people congregated on the grounds to witness the exercises.

The parade, which brought the people to the college grounds, was well organized. The Masonic delegation left their lodge room promptly at 2 p.m., escorted by the Effingham band. At Fayette Avenue, the procession was joined by approximately 500 public school students. All along the line of march, the parade column was accompanied by hundreds of citizens on foot and in carriages. Business places and private residences were ornately decorated all along the parade route.

Several months later, the town experienced the same joy when the college was dedicated on July 6, 1891. The attendees saw the interior and the matchless beauty of the building. They were especially thrilled by the chapel with its light, airy appearance and with its stage and opera seats. Simple decorations for the evening consisted of the Stars and Stripes, displayed in lovely folds across the stage wall, a few potted plants and a handsome portrait of the Austin brothers as well as Rev. Bliss, the institution’s three most substantial donors and friends

The dedication received much praise. To the audience, everything was in complete harmony with the glamorous setting. Dr. J.P.D. John, President of DePauw University, presented a memorable address followed by genuine applause.

A concert by the Emma Abbott Opera Company, which capped off the evening, was a great musical treat. Violinists thrilled the audience with presentations of Mendelssohn, Servais, and other classical musicians and composers. In similar fashion, vocal numbers consistently resulted in encores by the singers. The most popular was Mme. Adela Lucy, a vocalist with a voice of “great power, compass and sweetness.” By the end of the evening, the Effingham populace knew they had been treated to a musical program consisting of the finest and best in late 19th century musical culture.

In addition to learning about the chapel, the visitors also became familiar with the all of the rooms in the beautiful brick and stone three-story college building. The recitation rooms were furnished with opera chairs, having book tablets. The library room with its tables and comfortable chairs contained a reference library with over 2,000 volumes. The chemical lab contained everything needed for original research and class work. The physical science laboratory contained costly and rare implements, including a spectroscope, a double-plate electrical machine, and several other such items. The biological laboratory was state of art. There was a geological cabinet, containing all the important minerals, ores and fossils. Everything needed for the study of physiology and anatomy was in the building. There was a fine telescope, a full set of surveying and engineering instruments, the leading typewriters and excellent pianos, including the finest Chickering Grand. Another phase of the vision was complete.

While the building’s construction was taking place, the Board of Directors had pursued the task of staffing the school. In the spring of 1891, Professor W.E. Lugenbeel, the head of the Borden Institute of Borden, Indiana, was called to be the chief administrator, the president of the faculty. He had built quite a reputation in Indiana as a speaker at educational conferences. The Indiana school he administered was widely respected for its creativity and its philosophy that “a liberal education is the best preparation for the struggles of life,” and that the sons and daughters of southern Indiana farm families should have a college “within a short distance from home, and at reasonable expense.” Lugenbeel had also managed the Southern Indiana Normal school, of Mitchell, Indiana, a “teacher-training college.” His years of successful work experience and philosophy of education were ideal for the type of leadership needed at Austin College; therefore, he had accepted, believing that Effingham’s educational institution would become one of the great schools of the state.

Professors Lugenbeel and Brinckley were appointed to select and purchase the library and apparatus, which were to be of the best. The college was ready to receive students. The morning following the dedication, Austin College began its regular work with attendance of more than 100 students. The community was very sure that their educational pursuit was destined for great success. There was great hope as the march of progress began another phase in the history of Effingham County. The dream was now reality.