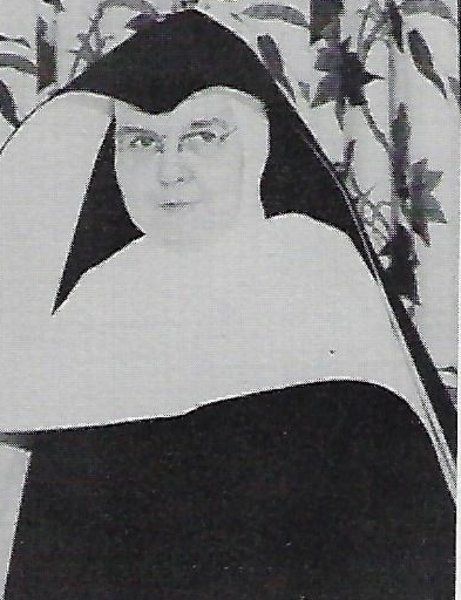 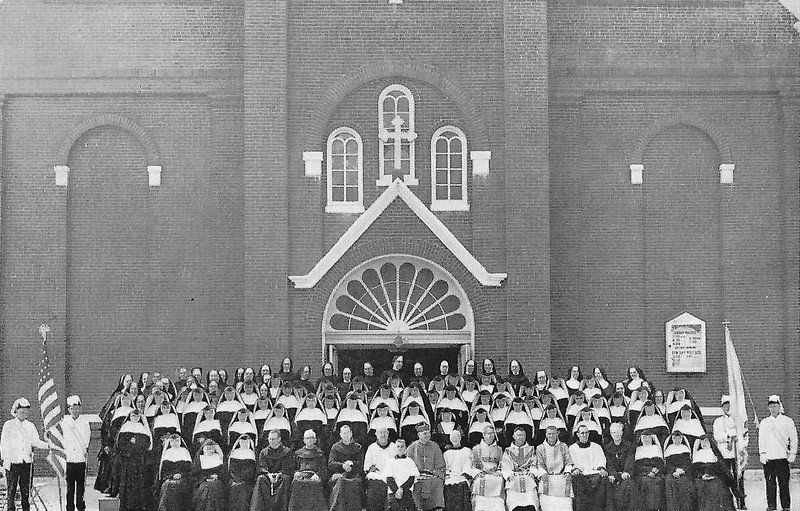 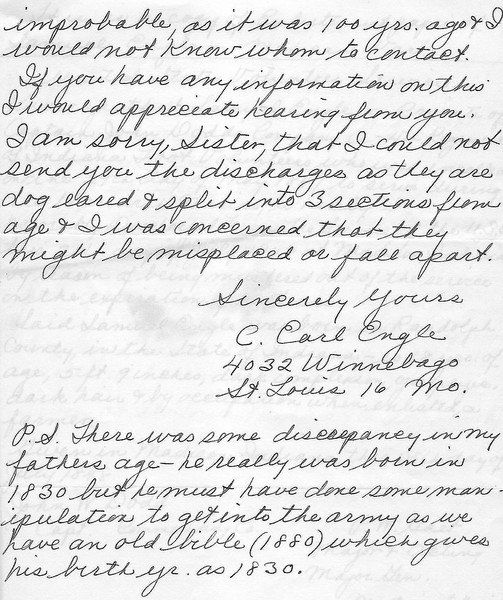 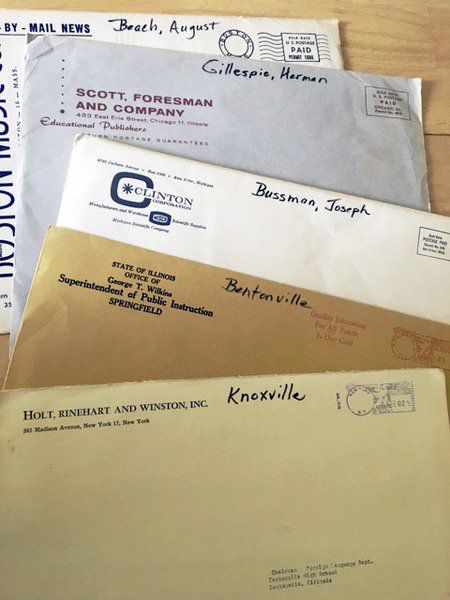 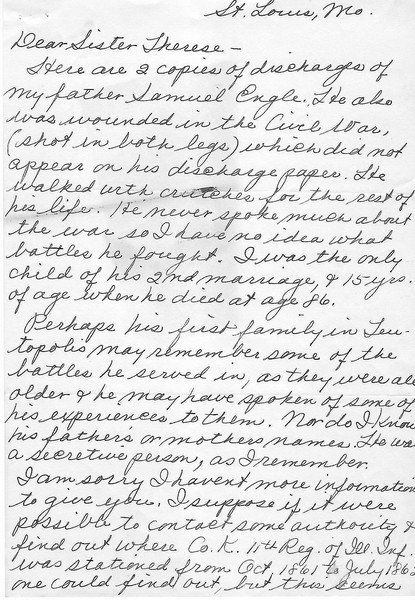 The School Sisters of Notre Dame (SSNDs) have a long record of service in the Teutopolis community. The words Notre Dame are derived from Latin, which is the root of the French language, and can be translated to English as Our Lady. The Order's founder had been educated by French Sisters, but all that came to an end with the French Revolution.

The Notre Dame Sisters who immigrated to the United States in the 19th century were German, and they came to educate German children. The first three SSNDs established the Teutopolis mission on Dec. 7, 1861. The word mission means "assignment" in this context. They were sent from Milwaukee, Wisconsin, as the other Western Province SSND Motherhouse in St. Louis had not yet been established.

One hundred years later, an enthusiastic SSND historian taught for Teutopolis Unit 50 School. She was known then as Sister Mary Teresa of Avila. Her baptismal name was Ellen Mary Hanna, and she was born Aug. 12, 1905. Her family lived in St. Louis. She attended Rosati Kain High School for three years, where the teachers were SSNDs. This private all-girl Catholic School was in the historic Central West End of St. Louis, and near the Cathedral Basilica. Ellen Mary Hanna got an early taste of history in that environment.

Next, she completed her final year of high school at Sancta Maria at Ripa, graduating in 1924. Later that year, she entered the Notre Dames as a candidate and spent a year in college, intending to become a Notre Dame Sister. Then her vocation hit a bump. Her father visited unexpectedly, and found her down on all fours, scrubbing. He took her away, promising she could come back in two years if she still wanted to. Those two years stretched out to six.

She earned a certificate of accounting at the St. Louis College of Law and Finances in 1929, then worked as an auditor. She explained later that she was uncertain about the restrictions of religious life, and also needed to help her family financially. She finally returned to the Notre Dames as a candidate for a second time, took the name Sister Mary Teresa of Avila, and made her first vows in 1935.

She earned a Bachelor of Arts in Social Science from St. Louis University in the summer of 1941. Her major was history, with a minor in philosophy. She professed her final vows a few months later. Then in 1954, she completed a MA in History, again at St. Louis University. Her major was American History, with a minor in English History. Sister Teresa could teach many high school subjects, but history was clearly the favorite.

Sister Mary Teresa of Avila came to Teutopolis in 1958 and stayed into 1964. Those years coincided with the two major historic events, one local, and one national. The School Sisters of Notre Dame celebrated 100 years of service in Teutopolis in 1961. That anniversary was commemorated with a Solemn High Mass of Thanksgiving at St. Francis Church. There were many visiting vowed religious, and they posed for a group photograph in front of at St. Francis Church, with Sister Teresa as part of the group.

On the national scene, Americans celebrated the 100-year anniversary of the Civil War, starting in 1961. Sister Teresa of Avila took that celebration seriously. She made it her business to research 34 Teutopolis-area Civil War veterans, and she compiled a record for each man. These profiles are still available in the collections of the Effingham County Genealogical and Historical Society, housed in the Suzette Brumleve Memorial Effingham Public Library.

This was before the days of digitalization, so Sister Teresa made multiple written and mailed requests of the National and Illinois Archives. She also required students to record family genealogies as part of their history course learning activities. That information was handwritten on simple mimeographed family group sheets. Sister Teresa organized and categorized the names of the Teutopolis students who were descendants of Civil War veterans. She discovered that 33 of the 1962 Teutopolis Community High School (TCHS) students were direct or collateral line descendants of 14 different veterans.

The Rule of the School Sisters of Notre Dame says, "We express our spirit of poverty by holding all things in common, (and) living simply..." Sister Teresa of Avila followed that Rule, as evidenced by the tools she used to organize her research findings. The many file folders for the Civil War veterans investigation were made from advertising circular envelops salvaged from high school Principal Sister Stephanie Flamm's office. The notes in the files were carefully written on scraps of paper left over from other projects.

She retained copies of all her queries, as well as the originals of all replies, some of which was from first-degree relatives of Civil War veterans. For example, Sam Engel's file contained several letters from that soldier's youngest son in St. Louis. After Sister Teresa of Avila had been transferred away from Teutopolis, the veteran files found their way to the office of the Superintendent of Schools, Lowell Lewis. From there, they came to the Effingham County Museum.

Sister Teresa of Avila arranged for an exposition about the Civil War in the TCHS Assembly Hall. Students developed displays, drew maps, and made silhouettes, as well as life-sized two- and three-dimensional models, maximizing the basic technology of the 1960s. Then Sister Teresa opened the doors and invited students' parents and the general public to come in and enjoy. The exposition was a success.

She also encouraged students to research historical figures or events they found interesting and to write about them for publication. Some of this work garnered awards at the state level. Christine Halfar (Goodfriend), a TCHS junior in 1963, won a state prize for her story, "Franciscan at Work." In 1964, Senior Nancy Zacha's paper, "Literary Individualist: Theodore Dreiser" won the Ralph Francis Award, and was published in Illinois History. Jeanie Deters (Sehy), a TCHS sophomore that year, was named as one of the 26 Illinois Student Historians of the Year. Sister Teresa of Avila took home a 1964 honor as well. She was presented with the John H. Hauberg Memorial Award for promoting the study of Illinois history.

Your author was a TCHS senior in 1964, and Sister Teresa of Avila's passion for history was infectious.