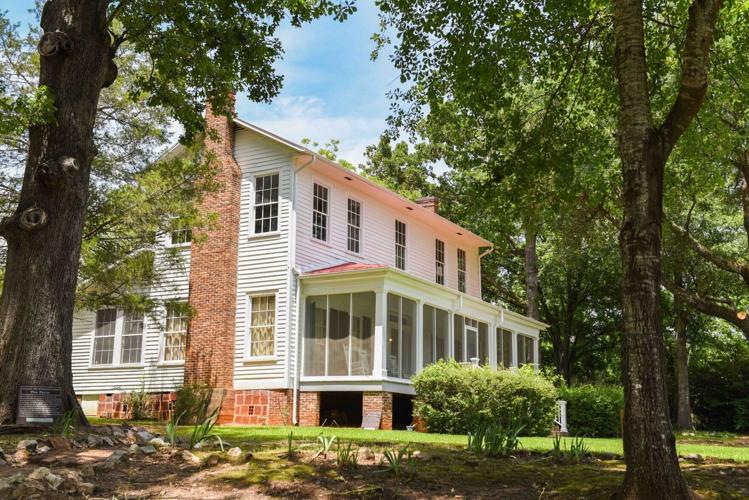 Andalusia, the historic home of Flannery O’Connor, recently became the second place in Milledgeville, Ga. to boast the prestigious title as a National Historic Landmark. 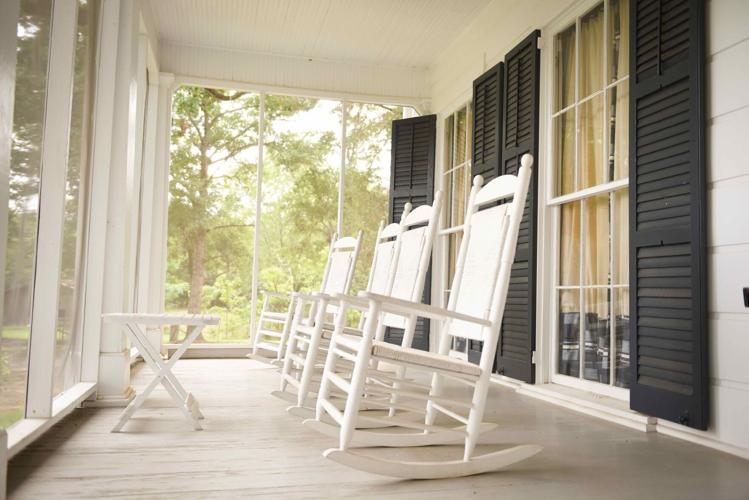 {span class=”s1”}Andalusia, the historic home of Flannery O’Connor, recently became the second place in Milledgeville, Ga. to boast the prestigious title as a {/span}National Historic Landmark.

Andalusia, the historic home of Flannery O’Connor, recently became the second place in Milledgeville, Ga. to boast the prestigious title as a National Historic Landmark.

{span class=”s1”}Andalusia, the historic home of Flannery O’Connor, recently became the second place in Milledgeville, Ga. to boast the prestigious title as a {/span}National Historic Landmark.

MILLEDGEVILLE, Ga. — Fewer than 3% of all historic sites in the United States are designated as National Historic Landmarks. Andalusia, the historic home of famed gothic writer Flannery O’Connor, recently became the second place in Milledgeville, Ga. to boast the prestigious title.

Georgia’s Old Governor’s Mansion received the designation back in the ‘70s, and Georgia College received a bronze plaque and certificate from the National Park Service (NPS) on July 25, making Andalusia’s designation official. The ceremony was held on the lawn in front of the famed farmhouse where O’Connor lived prior to her early death of lupus.

Matt Davis, director of historic museums at Georgia College, said it’s a process that has been years in the making.

“To get to this designation was over a 10-year process,” he said.

Going even further back, Davis said Andalusia was added to the National Register of Historic Places back in 1980. That particular designation requires that a place is at least six years old and has localized significance; National Historic Landmarks, however, require significance to the history of the entire nation.

The designation requires an application process that is reviewed on both state and federal levels before ultimately ending up on the desk of the Secretary of Interior for approval or denial.

“It’s a long and very deliberate process,” Davis explained. “There’s a lot of research that goes into it, and to get to this point I think is something the community can be proud of now that we have two National Historic Landmarks.”

Davis said having two such places shows the significance of the area’s historic museums in terms of their national story as well as the work that’s been done to preserve and interpret these sites in keeping with the best standards of the field.

One of the top visited sites in the region, Davis said Andalusia is also a massive economic development tool for the area as visitors from all over the world shop, eat, buy gas and lodge in local hotels when they come to tour these sites. Andalusia, he said, is also an invaluable resource to the community.

“It is a laboratory not only for the students, faculty and staff at Georgia College but our K-12 community and just armchair historians out there everywhere,” he said.

The beloved author and Georgia College alumna (1945) was born in Savannah, but in 1951, after being stricken with lupus, she moved back to Milledgeville, where she lived with her mother at Andalusia. It was the place where she completed the bulk of her work prior to her death in 1964. Davis said both Andalusia and the greater Milledgeville community served as inspiration for many of the places and characters who would later show up in her works, which include two novels, 32 short stories and more than 100 literary critiques.

“Flannery O’Connor was one of our own … And so for us to understand Flannery and to visit Andalusia is to understand a little bit about ourselves, and the fact that we’ve got this nationally and internationally renowned figure right here in our town, I think all citizens of Milledgeville should understand why visitors are coming here, and we hope that they come out and see the property.”

According to a press release, the farm remained in the O’Connor family until 2003, when it was given to a private foundation for use as a museum. In August 2017, the site was gifted to O’Connor’s alma mater, Georgia College, and is open for public tours.

Davis said this newest designation will aid in future grant applications and acquisitions, as well as with continued restoration. The property is currently in the construction phase of a new $3.5 million interpretive center at the property entrance that should open in the spring 2023. The facility will house not only exhibition space but will also include public rental space, a place to store research rooms and a place to store collections.

“The completion of that building will allow us to continue our restoration efforts on the interior of Andalusia and to bring this resource to its full look as it did in the time that Flannery and her family were there,” Davis said. {/span}{p class=”p1”}{span class=”s1”}Andalusia is open Tuesday through Saturday from 10 a.m. to 4 p.m. and Sunday from 2 p.m. to 4 p.m. All tours begin on the hour with the last tour beginning at 4 p.m.{/span}