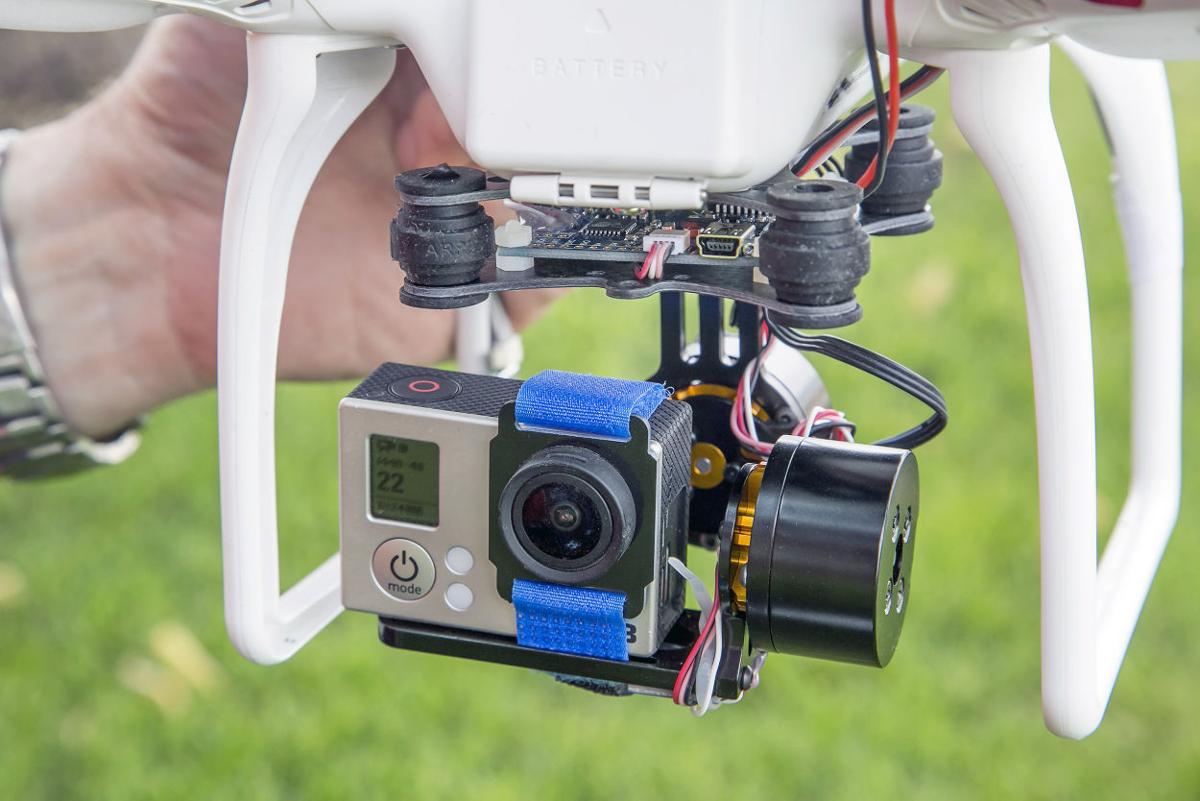 Dennis Bowman on how drones can be used in crop scouting. 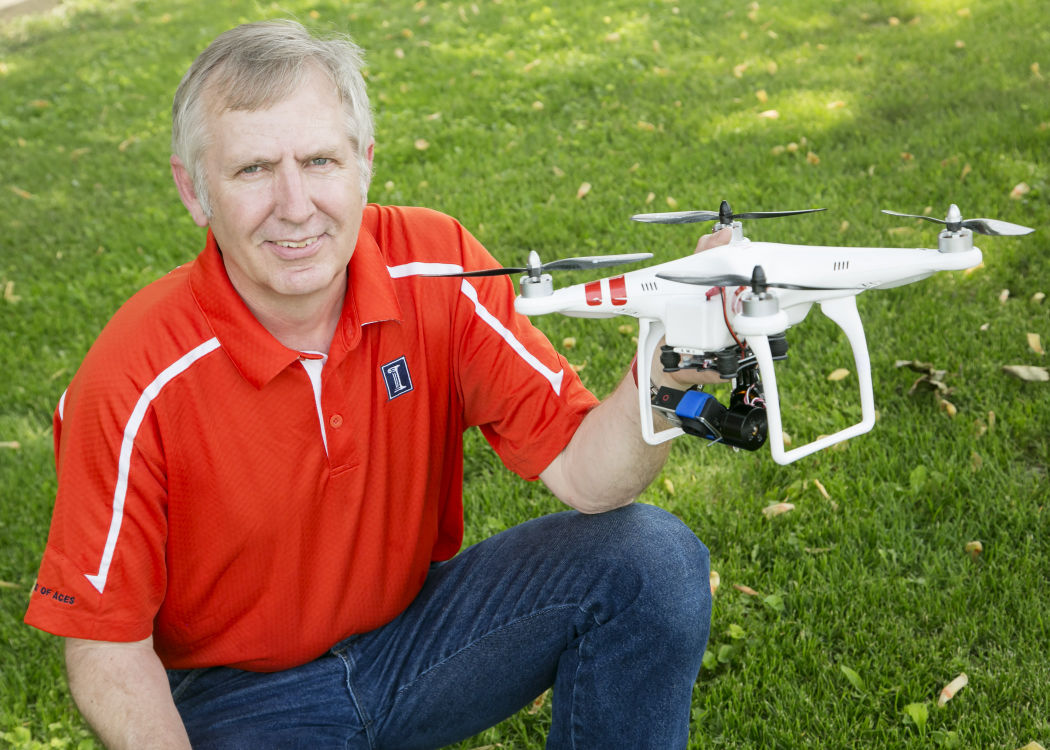 Dennis Bowman, U of I Extension educator, poses with an UAV or done. 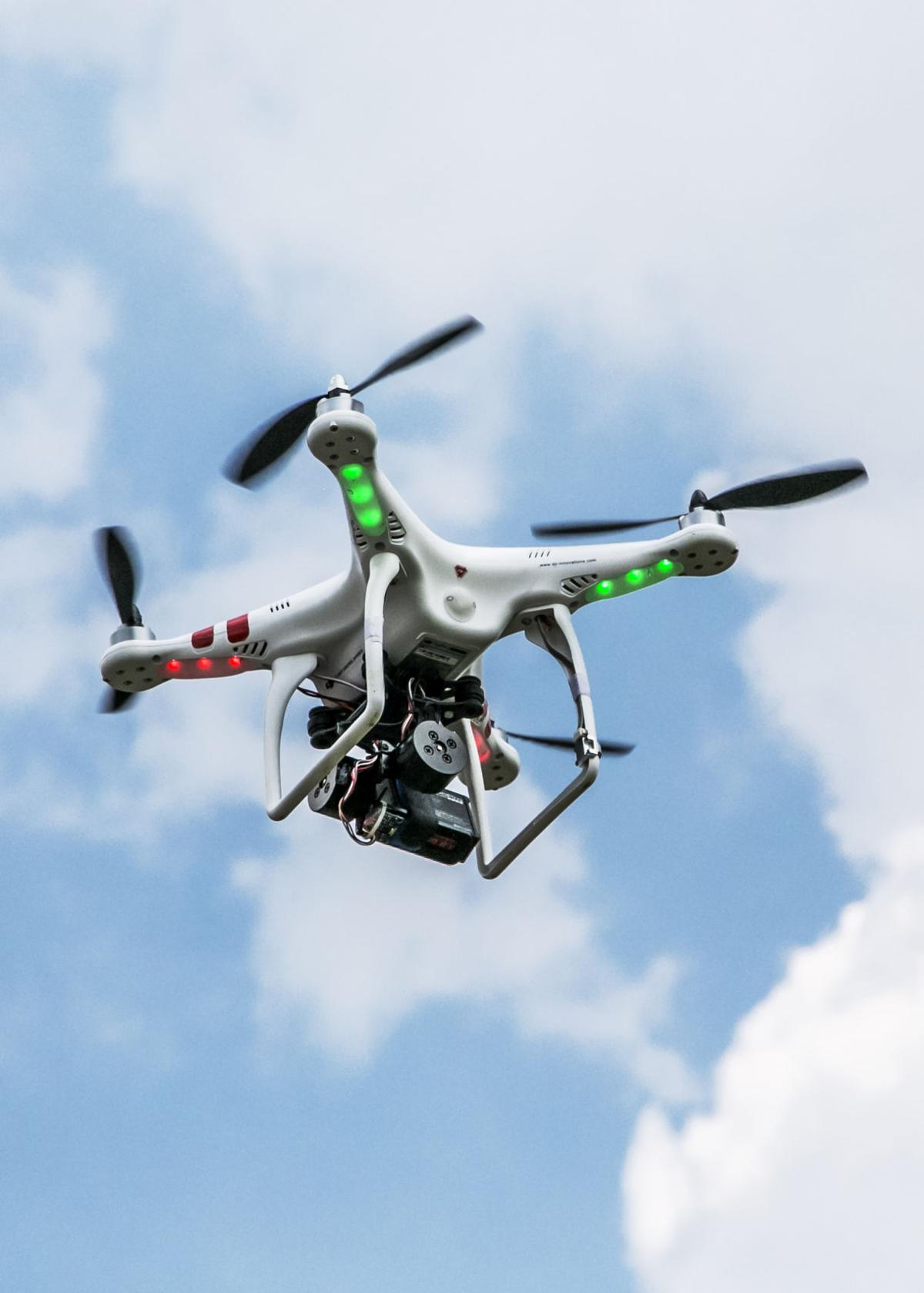 Unmanned Aerial Vehicle takes to the skies to collect images or video of problems in the fields. 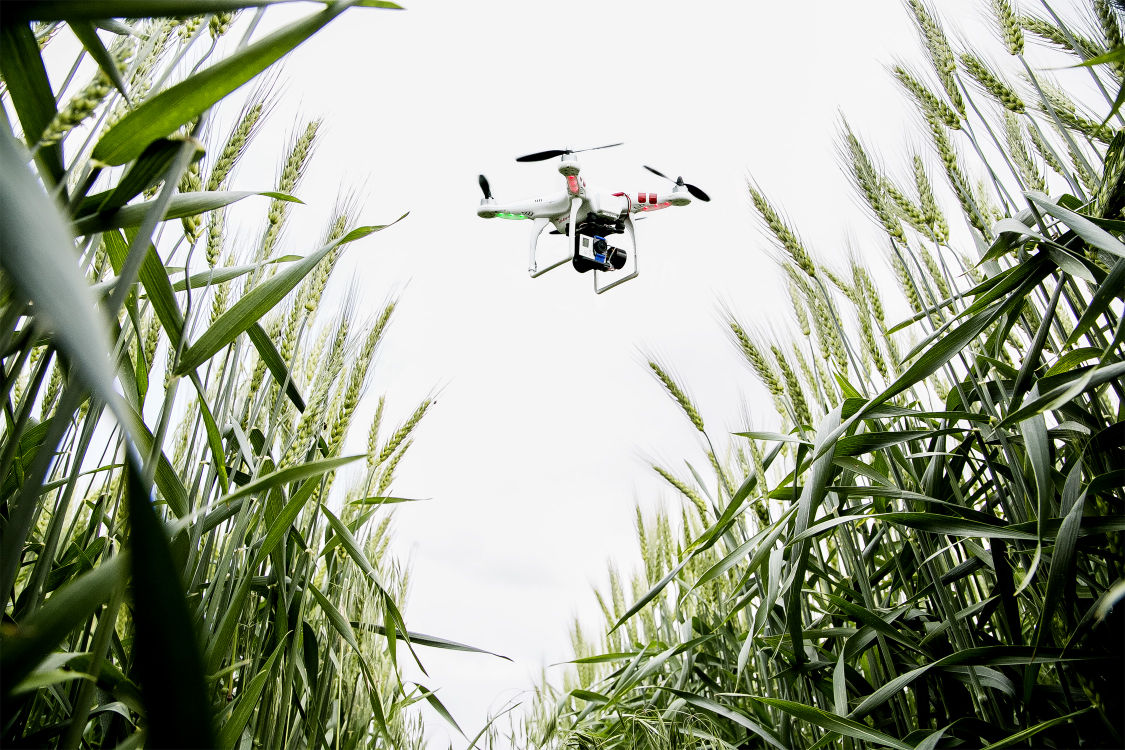 Drone flies over a field

Dennis Bowman on how drones can be used in crop scouting.

Dennis Bowman, U of I Extension educator, poses with an UAV or done.

Unmanned Aerial Vehicle takes to the skies to collect images or video of problems in the fields.

Drone flies over a field

The days of wading through shoulder-high rows of corn to see how the crops are doing could become a thing of the past with some of the latest technology — unmanned aerial vehicles, or drones.

Dennis Bowman, a University of Illinois Extension commercial agriculture field crops educator, has been flying drones over campus farms to get images from the air, which helps identify problems along the long rows of crops.

"Technology has always changed farming," said Bowman. "For example, My grandfather farmed with mules and horses. All farmers regardless of the farm's size are looking at technologies to give them an edge."

Bowman said 90 percent of farming hasn't changed much over the years – and new technology is a way to try to squeeze out a little more profit.

Other forms of technology have helped change the way farmers operate today, such as development of gasoline engines, commercial fertilizer, computers, hybrid seed, pesticides and plant breeding, he said.

Global Positioning System, or GPS, is another modern management practice in agriculture. It contributes to “precision farming,” making sure just the right amount of fertilizer or chemicals get on the fields at just the right areas.

Issues across plots of land can be detected earlier with the aerial footage and can possibly be corrected, he said in an article by the University of Illinois, titled “Drones Give Farmers Eyes in the Sky…”

"With tight profit margins, farmers are looking for every opportunity to enhance and protect the yield on their crops," said Bowman. "They are also looking for opportunities to reduce costs by improving efficiency. Technology is a major part of this today."

Running on rechargeable lithium batteries, today’s drones can stay in the air and be remote controlled for up to about 15 minutes. The technology provides a computer similar to what today’s Smartphones have, according to the U of I article.

But, technology doesn't stop there.

"When it comes to drones in Illinois agriculture, the first major use is crop monitoring," Bowman said. "Flying over fields to spot problems early when corrective action can be taken and evaluating overall crop health."

Today's technology allows photographs and video to be collected for viewing large areas of the farm.

The cost depends on the system. But Bowman said a common entry-level system would cost about $1,200. Drone systems can range anywhere from $800 to $50,000.

According to the U of I article, commercial use of unmanned aerial vehicles in U.S. Airspace was banned in 2007.

In April 2015, the FAA ruled the responsibility to fly safely applies to both manned and unmanned aircraft, according to its website. The Associated Press recently reported that the FAA is working on rules to allow drones to be used regularly for business.

The article, “Farm use of drones to take off as feds loosen restrictions,” said it could come down to farmers hiring out services that use UAVs or possibly that every farm will have its own drone, eventually.

The FAA has ruled that there are designated 'no drone' areas, such as Washington D.C. and the Ronald Reagan Washington National Airport area.